Was in Dublin last night for the Setanta Cup match between Shamrock Rovers and Linfield, as Linfield had saw their last possible chance of a trophy this season disappear.

It was only my second Setanta Cup away game, my only other one being a trip to Bohemians in 2010. My main reason for wanting to go to this game was that i’d never been to Tallaght Stadium.

I’d been to four other stadiums in Dublin (Tolka Park, Dalymount Park, Richmond Park, Lansdowne Road) for matches, as well as visiting Whitehall Stadium (I was staying in a nearby hotel) meaning that the UCD Bowl is the only football stadium in Dublin I haven’t attended a match at.

When I was at the Bohemians game, I had the opportunity to go to Tallaght Stadium, as I was staying over on the Friday night and was going to take in a game that night. I chose to go to St Patrick’s Athletic v Sporting Fingal, which finished 0-0.

Shamrock Rovers match that night against UCD finished 0-0, so I couldn’t kick myself.

I was surprised it wasn’t brought forward to Saturday lunchtime, given the fact that Linfield had a free Saturday, but the evening kick-off was managable, leaving Belfast at half four.

I did find it a bit odd that Tallaght Stadium didn’t have stands behind the goal. Nice wee stadium, typical of modern newbuilds.

For all Shamrock Rovers possession, Linfield kept them at bay, until a series of self inflicted defensive mistakes saw the hosts go 1-0 up.

William Murphy needlessly climbed on his opponent to concede a free-kick, which was palmed out by Ross Glendenning for Shamrock Rovers to take the lead. From there, there was only one winner.

A second came before half-time. Linfield’s record of bottling it in the big games this season continues.

Linfield started the second-half better, not that it was hard, but never really had Shamrock Rovers under pressure, but pulled a goal back through Billy Joe Burns.

A 2-1 defeat wouldn’t have been the worst result in the context of a two legged game, especially being 2-0 down at half-time, though for that to become important, that would have had meant Linfield would have needed to win 1-0, and keeping a clean sheet is an alien concept.

Two further Shamrock Rovers goals killed the game off, and the tie.

To add further insult to injury, Linfield missed a penalty in stoppage time, with a 4-2 defecit could have made the tie more alive.

Got an ok shooting position and some ok shots. Would have been nice if Linfield’s players had got some shots on target.

Now I have six weeks of playing for 3rd to look forward to. 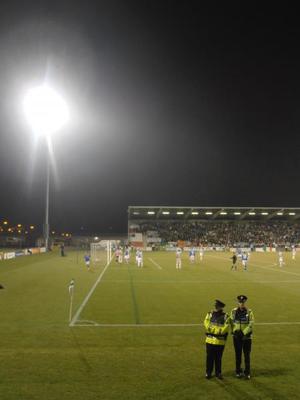 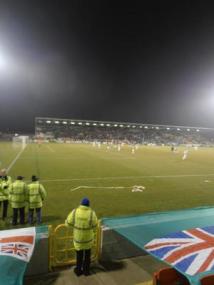