It’s the end of 2003, and NME brings out a Big Book to celebrate, as a photo collage of stars from the year such as Beyonce, Justin Hawkins, Charlie Simpson and Chris Martin form the cover.

The forward, comes from Jack and Kelly Osbourne, with Jack stating his highlight of the year was discovering The Darkness.

The format takes on a month by month review of the year, starting, obviously with January, with Danger! High Voltage by Electric Six being named Song Of The Month.

The Libertines get a double page spread, with Carl Barat looking back at 2003 with some of his favourite photos.

Coldplay go one better and have three pages, looking back at their successful year, which saw them play venues in the UK such as Earls Court and MEN Arena.

That is then followed by a Top Ten highlights from the 2003 NME Awards, which included Steve-O exposing himself in front of The Polythonic Spree.

In the accompanying interview, Monica revealed she bought a recent edition of NME and found the articles very interesting, and she would most like to date Hugh Grant, if given a choice of Hollywood stars.

In their review of February, NME announces Move Your Feet by Junior Senior as their Song Of The Month.

NME faves The Strokes get a double page feature as they released their second album in late October.

Also getting a double page feature are Radiohead, as NME lists their Top Ten Radiohead Gigs Of The Year.

In Da Club by 50 Cent is declared Song Of The Month for March, while in news, Top Of The Pops ban t-shirts protesting against the Iraq War.

Which leads us nicely into NME’s Top Ten Anti Iraq War Songs, which includes a reworking of Faith by George Michael and Ms Dynamite.

Avril Lavigne, who had a successful 2003 gets a three page interview, where she reveals her favourite swear word is fuck.

Also getting three pages, is The Music, listing their top ten cities visited, including Blackpool, Paris and San Francisco.

NME love their Top Tens. Next up, is Top Ten Pin Badges.

The next Top Ten goes on a sombre theme, as NME remembers the ten much missed stars who died in 2003, such as Johnny Cash, Barry White, Maurice Gibb and Robert Palmer.

It’s not all Rock, as NME does a double page interview with Girls Aloud, discussing their favourite animal based stories of 2003, such as a farmer who played Classical music to his pigs being branded a noise nuisance by the local council, and a Jack Russell who mastered Surfing.

Back to The Strokes, if you wanted, you could make your own finger puppets of The Strokes.

There is a two page review of Glastonbury, followed by a Dress Up Justin, where you can dress up Justin Hawkins from The Darkness in various outfits.

With the ipod new onto the market, NME dedicates a page to the songs you should put on yours, assuming you had one.

More Top Tens now, we have Top Ten Comments From Blazin Squad’s Messageboard, and Simon Amstell details his Top Ten Interviews Of 2003, in his role as host of Popworld on Channel 4.

There was also a quiz, most notably, What Christina Are You?, as you try to find out which Christina Aguilera alter ego you have.

We also get a Top Ten CD:UK Moments, featuring a spat between Louis Walsh and Mel C, where Louis defends Girls Aloud, who he manages, proclaiming “At least Girls Aloud will have successful solo careers”

Having interviewed Princess Diana and Michael Jackson (not together though), who was next for Martin Bashir? Busted. He interviewed them for NME. 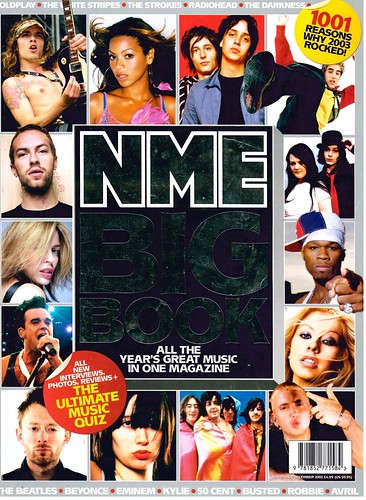 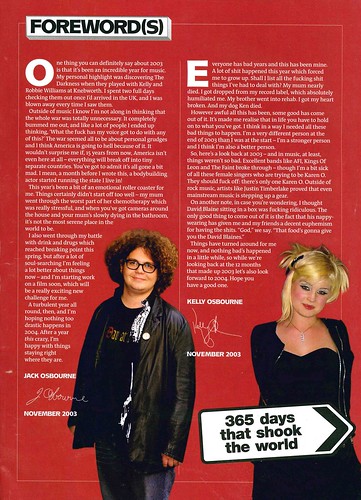 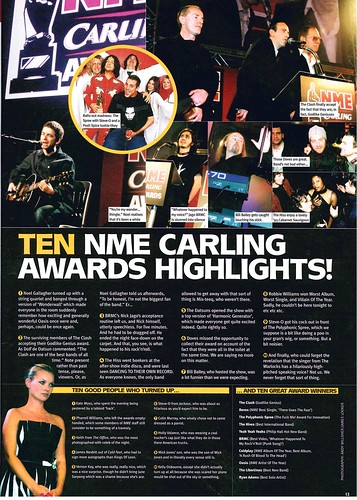 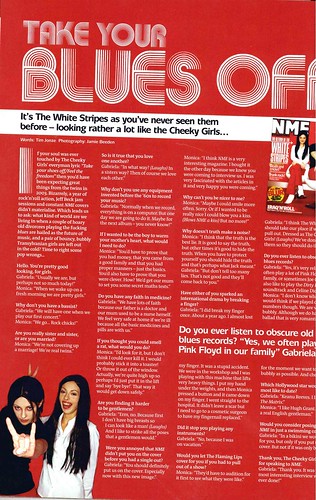 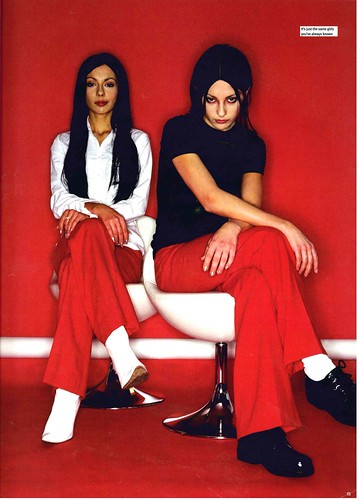 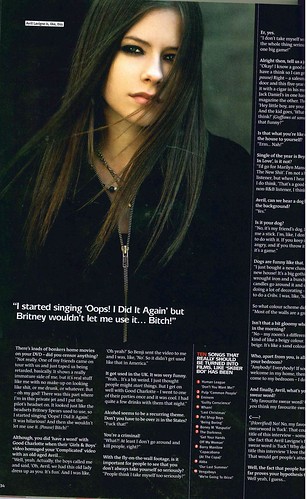 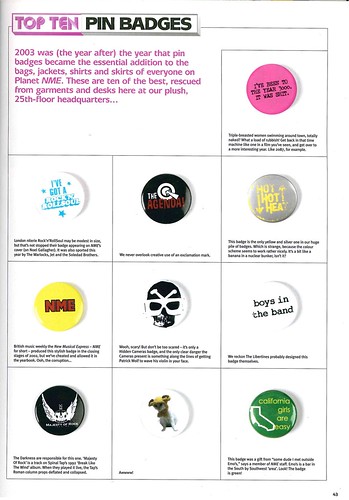 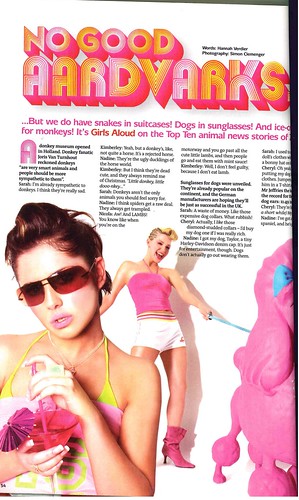 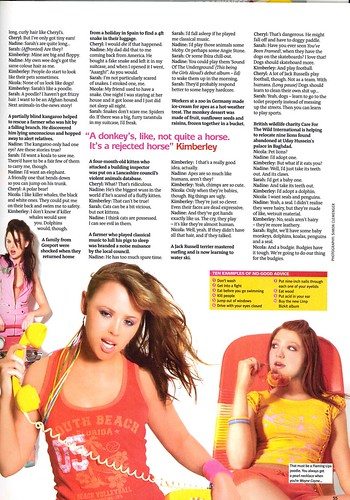 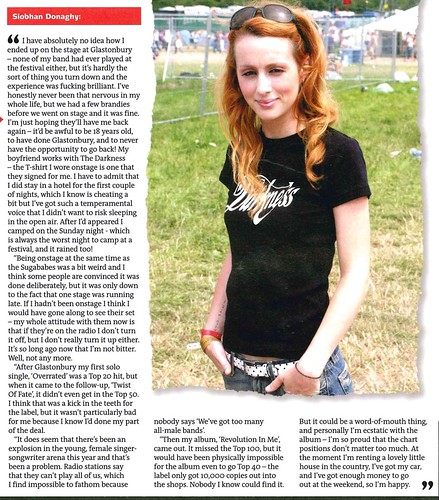 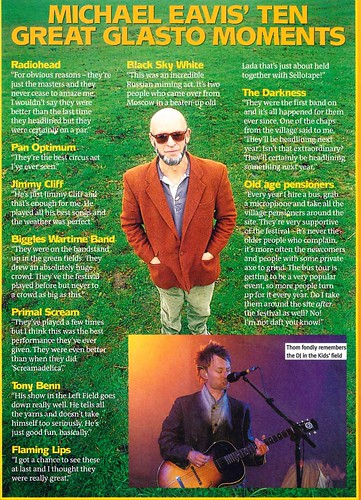 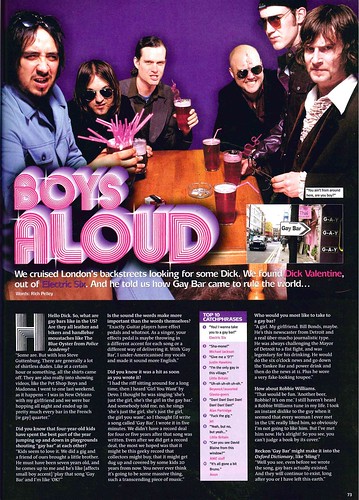 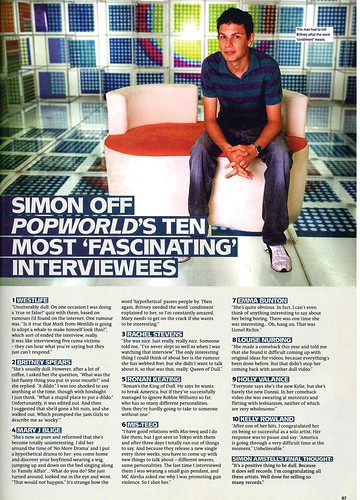 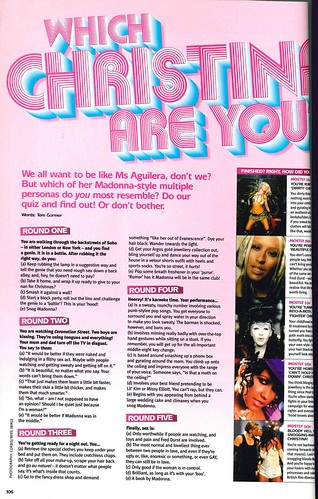 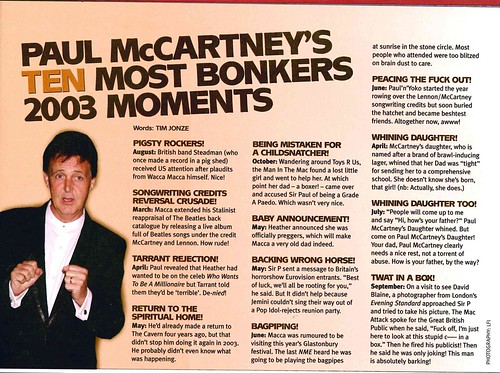 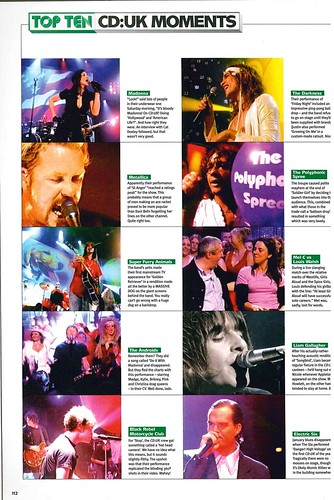 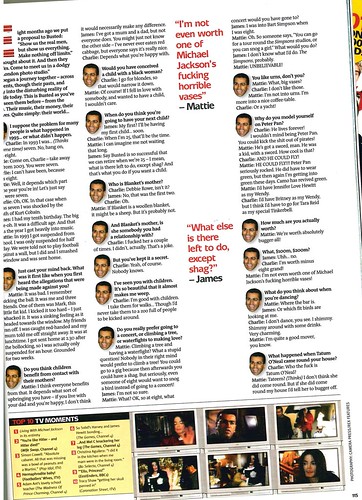