As you open the magazine, there is a double page feature on Gordon Cowans, who has ambitions of going to Mexico. Not to play in the Mexican League, but the 1986 World Cup. His feature had the headline “Memo to Bobby Robson, save a World Cup place for Gordon Cowans”

He didn’t go to Mexico.

Having just rejoined Watford for AC Milan, Luther Blissett has stated that he wants to play abroad again. Before Watford fans paniced, he clarified that it was European competition for the Vicarage Road side that he was wanting to play abroad.

Staying with Watford, manager Graham Taylor had put a £2m fee on Maurice Johnston, who has handed in a transfer request.

In Scotland, Hibs and George Best were in trouble with the SFA after Best played for Hibs in Jackie McNamara’s Testimonial, but was unregistered.

Craig Johnston had missed the start of the season for Liverpool in order to be with his wife and soon to born child, his wife having insisted that the child be born in Australia.

Manchester United’s three new signings Jesper Olsen, Gordon Strachan and Alan Brazil are part of a centre page poster, as United look to win the league for the first time since 1967.

As you turn the page, there is a double page feature on Strachan, where he reveals he supports Hibs, and turned down the chance to sign for United in 1971, having already given his word to Dundee.

Staying in Scotland, new Rangers signing Cammy Fraser was introduced to life at Ibrox by manager Jock Wallace ordering to shave off his moustache.

Peter Shreeves, new manager of Tottenham Hotspur, gets a double page spread, insisting he isn’t afraid of the challenge of succeeding Keith Burkinshaw.

Shoot uses star signs to try and predict the future for footballers such as Neville Southall, Kenny Sansom, Glenn Hoddle and Andy Gray.

QPR get a full page feature, with Ian Stewart giving the lowdown on the club.

In news, Mark McGhee begins his career at Hamburg with a suspension, having been sent-off in a pre-season friendly.

Jimmy Greaves received a letter in support of a Great Britain football team. Greaves replies that he agrees with the idea, but that football shouldn’t be in the Olympics.

The highlight of this edition comes in the form of a double page photo of Trevor Francis and Graeme Souness enjoying their new life in Italy, at Sampdoria, out on a boat trip together, all oiled up and dressed in nothing but Speedos. It is an image that cannot be unseen.

Ian Rush uses his column to declare that England can be successful by learning from Liverpool, and that Graeme Souness is better than Michel Platini, and will show it in Serie A.

Beside Rush’s column, is a full page report on the recent Charity Shield, where Everton beat Liverpool 2-0, with the headline “Revenge!”, after Liverpool had beaten Everton in the previous season’s League Cup Final.

Bryan Robson uses his column to praise attackers that have recently been on the move – Joe Jordan of Southampton and the Spurs duo of Clive Allen and John Chiedozie.

Charlie Nicholas is prominent towards the end of this issue, telling Shoot he is happy at Arsenal, then appearing in an advert for Nike alongside Glenn Hoddle and Ian Rush. 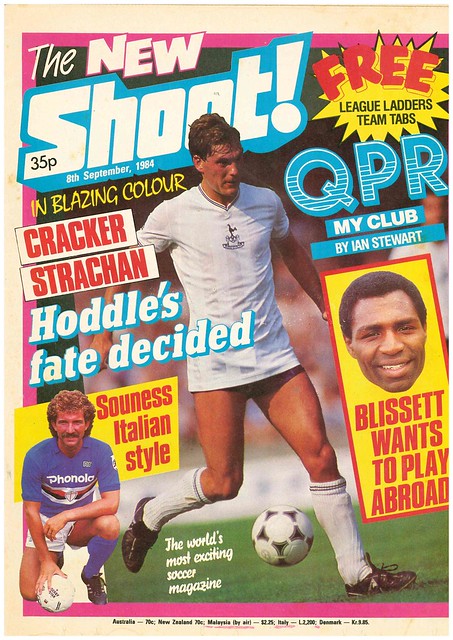 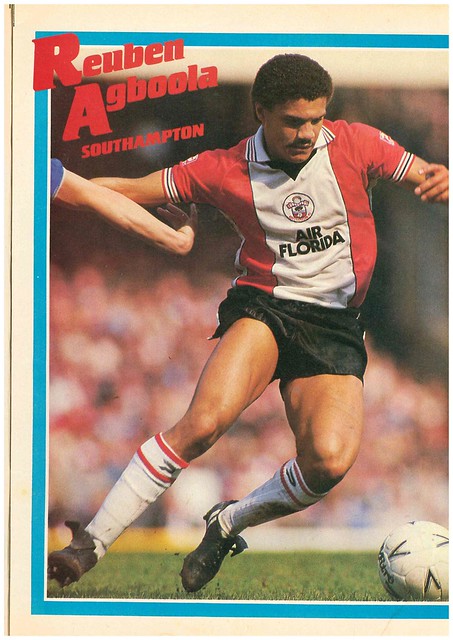 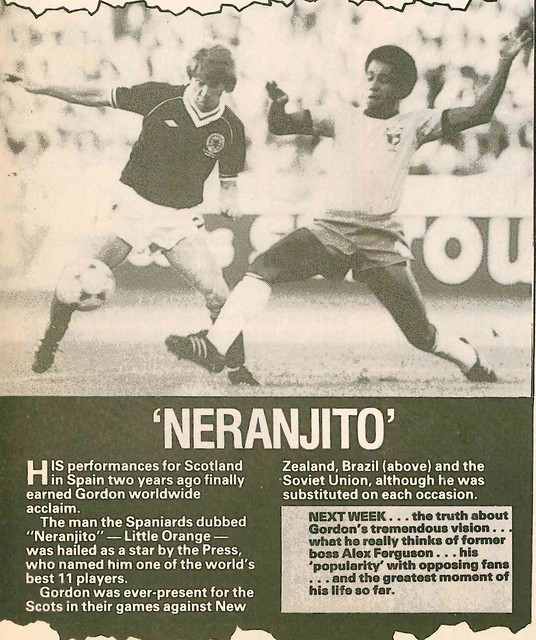 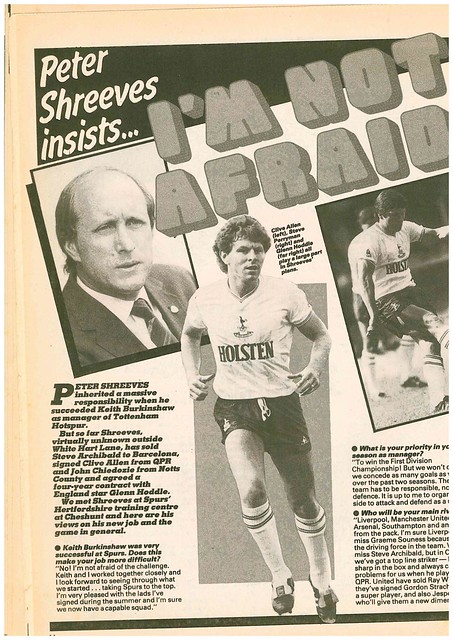 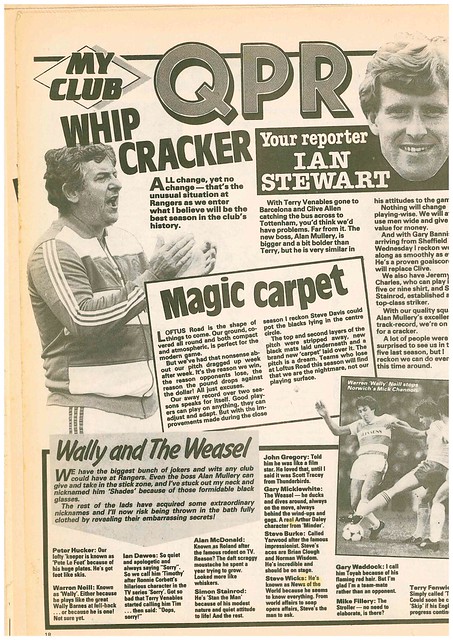 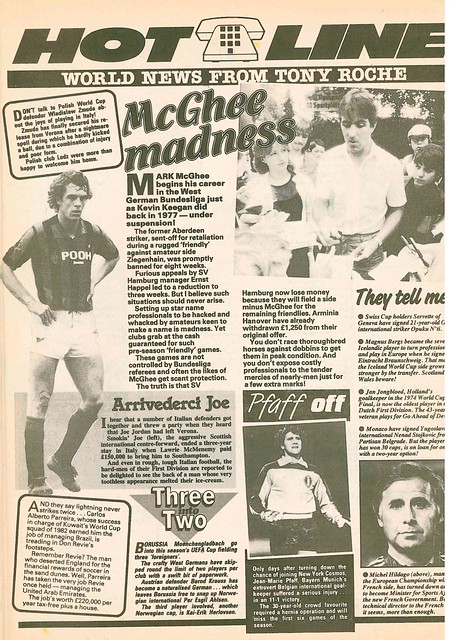 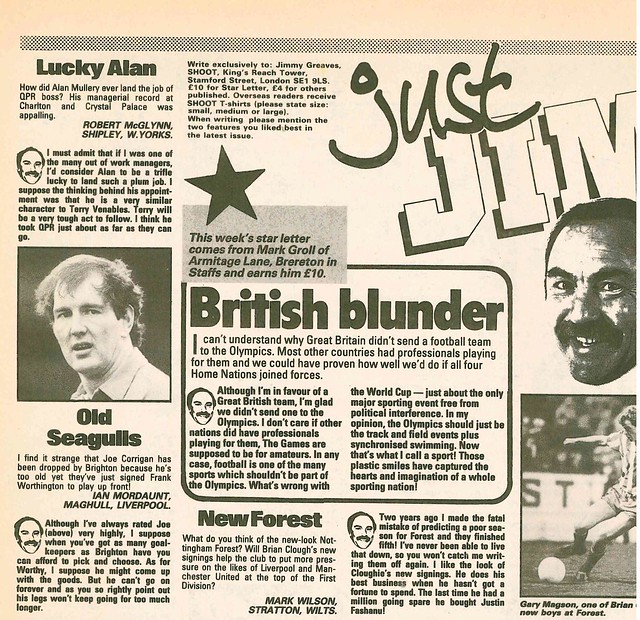 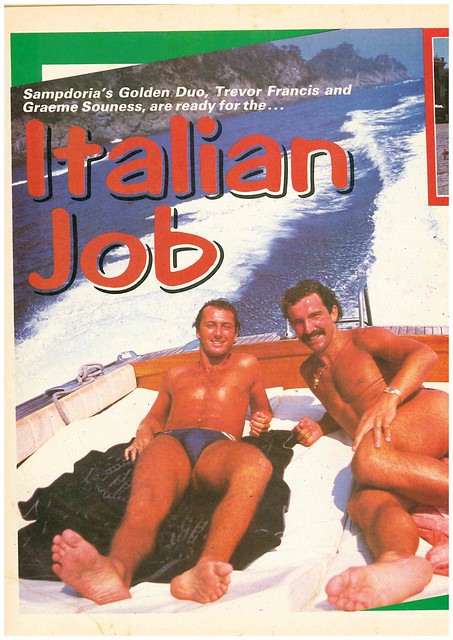 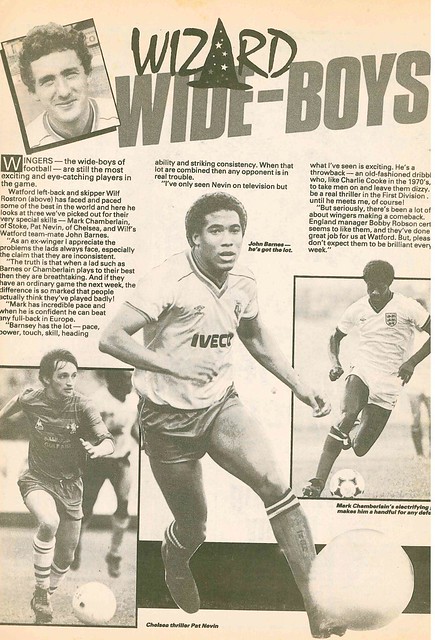 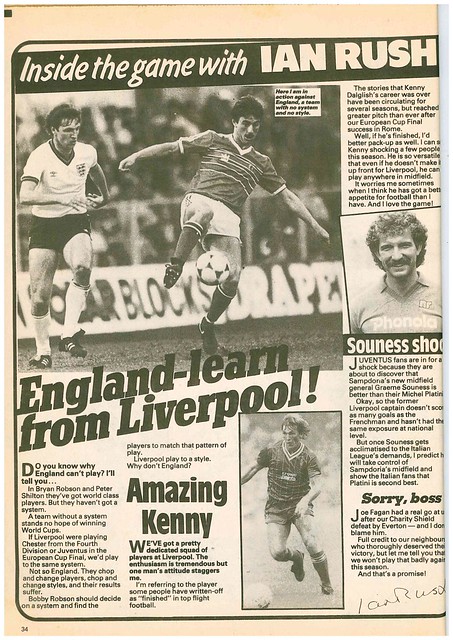 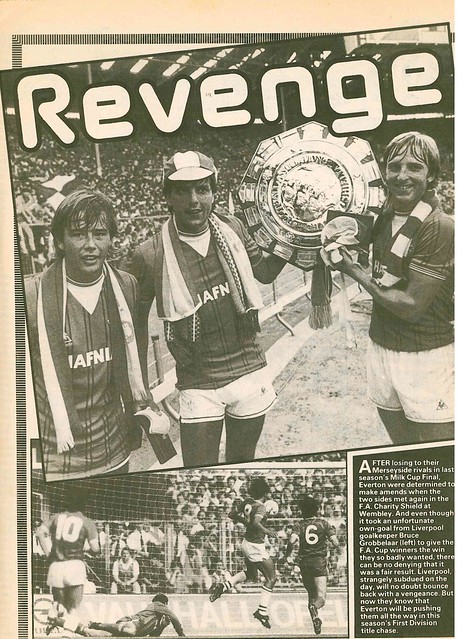 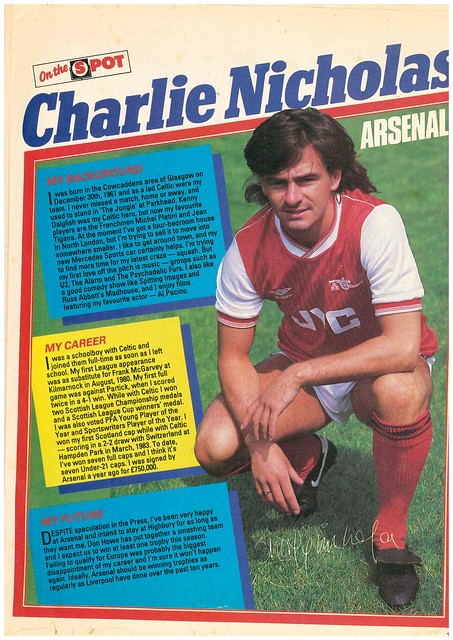 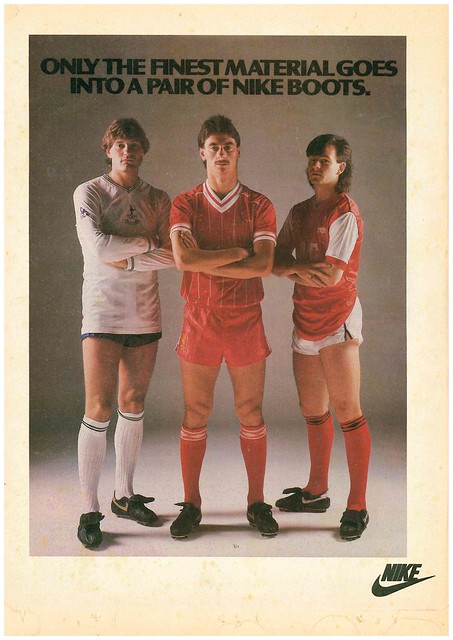