Match action from Ipswich Town v Leeds United is on the cover of Shoot, but it is four other clubs – Aston Villa, Bolton Wanderers, Everton and Queens Park Rangers – who are the main focus, as the League Cup reaches the Semi-Final stage.

In news, 16 year old Alan Currie was set to leave Cliftonville for Luton Town, Leeds and Wales would be meeting in a Testimonial for Gary Sprake. Staying in Yorkshire, Sheffield United want to sign Vic Moreland from Glentoran following Peter Dornan’s return to Linfield.

Neil Warnock, a player at Barnsley, has just passed his referee’s exam and is now a qualified official.

Finally, Radio City in Liverpool have signed up Duncan McKenzie and John Toshack for a Sunday afternoon radio show.

The second legs of the League Cup Semi-Finals are preview, both of which are level after the first legs. The first leg of the QPR v Aston Villa game took place too late to have a reaction from both teams, the game was delayed due to postponements.

Everton won the second leg 1-0 to go through 2-1 on aggregate.

After a 0-0 draw at Loftus Road, QPR and Aston Villa drew 2-2 in the second leg at Villa Park. There were no away goals in those days, so it went to a replay at Highbury, with Villa winning 3-0.

After needing three games to win their Semi-Final, Villa would need three games to beat Everton in the final, winning a Second Replay 3-2 at Old Trafford.

Kevin Keegan uses his column to talk about tackles from behind, which he describes as “The curse of English soccer”

Shoot does a full page article on the goalscoring record of clubs in the history of league football, with Aston Villa the team with the best goals to game ratio, between 1888 and 1977.

In foreign news, Borussia Dortmund’s Westfalon stadium is set to become the second stadium in West Germany (after the Olympic Stadium in Munich) to get undersoil heating.

South American qualifiers for the 1978 World Cup (in South America) are due to get underway, and Shoot gives it a double page, with interviews from players based in Spain from Brazil, Peru, Chile, Paraguay and Uruguay.

Shoot dedicates two pages to the issue of sponsorship in football, canvassing Chairman, Managers, Players, including Derek Dougan, who got into a spot of bother for trying to get Kettering Town to wear shirt sponsorship.

Gordon Hill uses his column to write about his love of hunting, accompanied by a picture of him and Steve Coppell jokingly pointing a shotgun at Tommy Docherty.

Kenny Dalglish talks about celebrity fans in his column, and namedropping famous faces he has met at matches, such as Jackie Stewart and Rod Stewart.

On the back cover, there is a poster of Graeme Souness of Middlesbrough. In it, he has facial hair, but it is of the beard variety, rather than his trademark moustache. 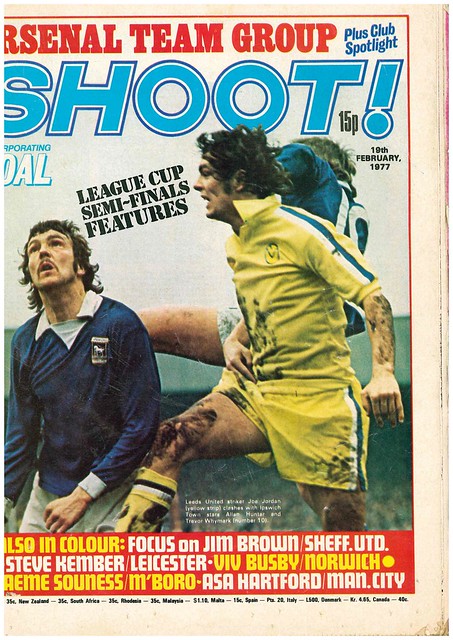 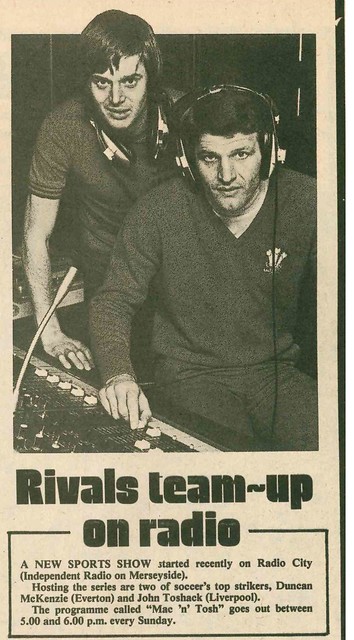 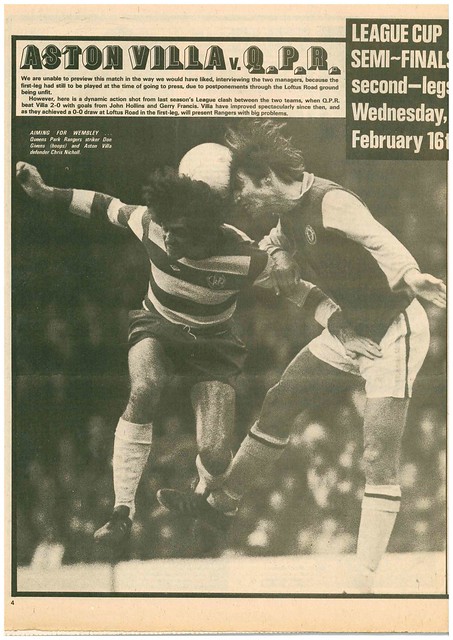 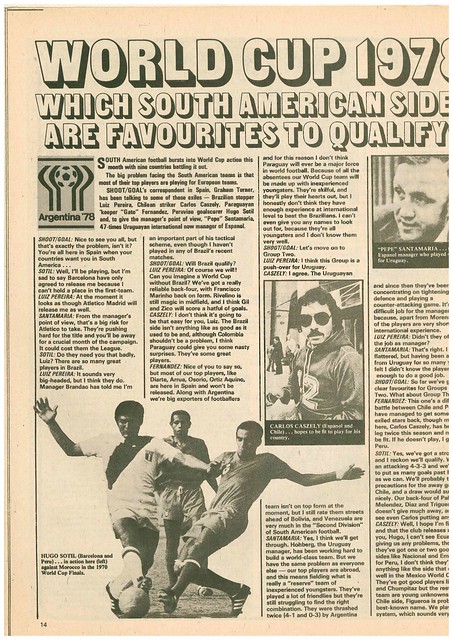 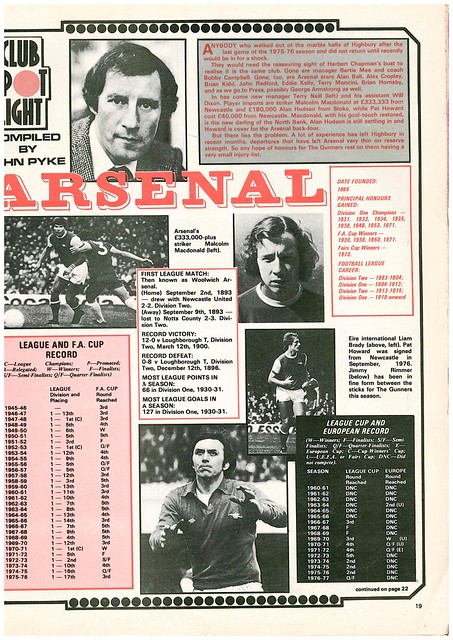 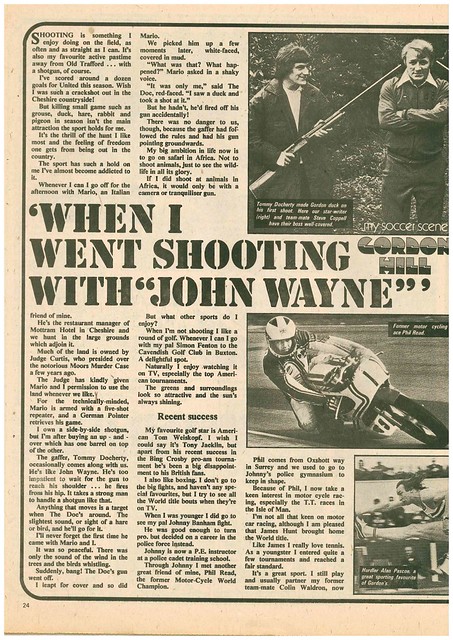 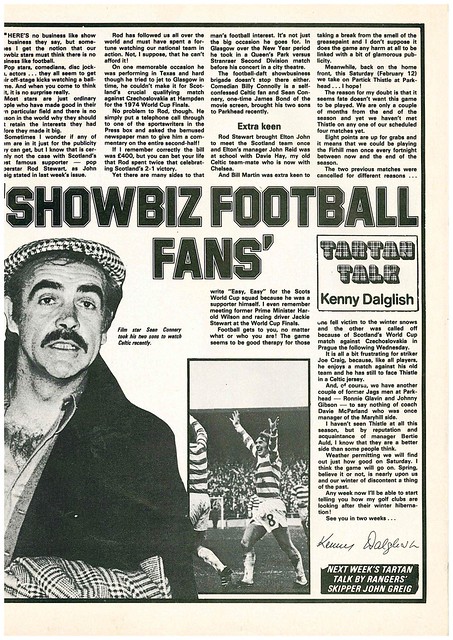 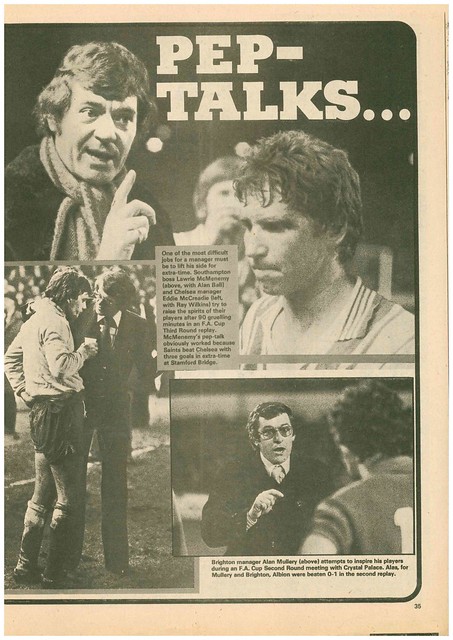 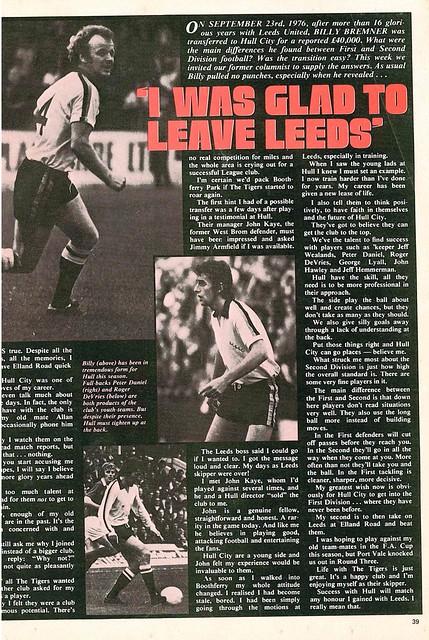 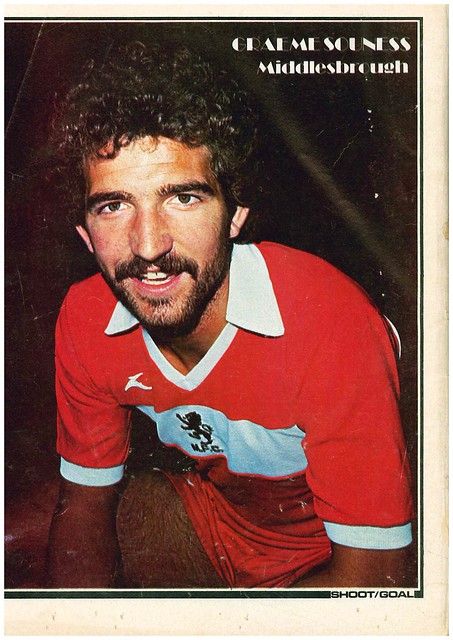