The Jack Charlton era has just ended, but it is Paul Campbell of St Patrick’s Athletic and Jason Sherlock of UCD who are the cover stars of this edition of Irish Soccer Magazine.

The editorial focuses on Cork City, who are facing financial problems, and are following in the footsteps of previous clubs in the city in this regard.

Charlton’s time in charged is reviewed, with his legacy being described as winning the Irish footballing public over to their national team. They also look at contenders to replace him, withKenny Dalglish, Joe Kinnear, Mick McCarthy, Ronnie Whelan and Dave Bassett all in the frame.

Whoever the new manager is, their first competitive game will be a World Cup Qualifier in Leichtenstein, after the draw for France 98, with the focus being on Macedonia as a potential dark horse in the group.

Charlton’s departure came at the end of a year when Republic of Ireland slipped from 6th to 19th in the UEFA Rankings, not as dramatic as Sweden, who fell from joint 1st to 24th.

Despite the fact that Republic of Ireland didn’t qualify, there is a fixture list for Euro 96 in their foreign news section, which claims that Manchester United are interesting in signing South African defender Mark Fish.

One team who might not be at France 98 is Nigeria, who have been threatened with expulsion after withdrawing from the recent African Nations Cup in South Africa.

There is a feature on new Finn Harps manager Charlie McGeever, who has just replaced Patsy McGowan, while Buckley Park, home of Kilkenny City is the subject of the monthly ground profile.

Jimmy Conway, a former Republic Of Ireland international, is now living in the USA. He talks to Irish Soccer Magazine about life in the States, revealing that they expect to win the 2002 World Cup.

The coverage of Charlton isn’t all fawning, with one writer stating that his reign did not boost the domestic game at all during his decade in charge.

There is an interview with the head of General Motors, Arnold O’Byrne, who reveals that their sponsorship of the Republic of Ireland team is as much to do with his love of football, as it is a business decision. 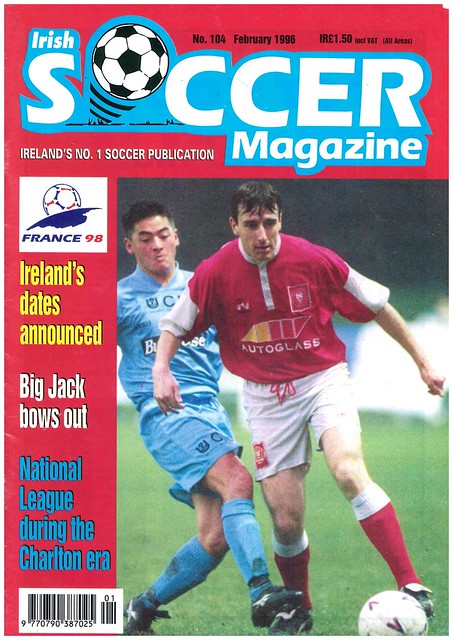 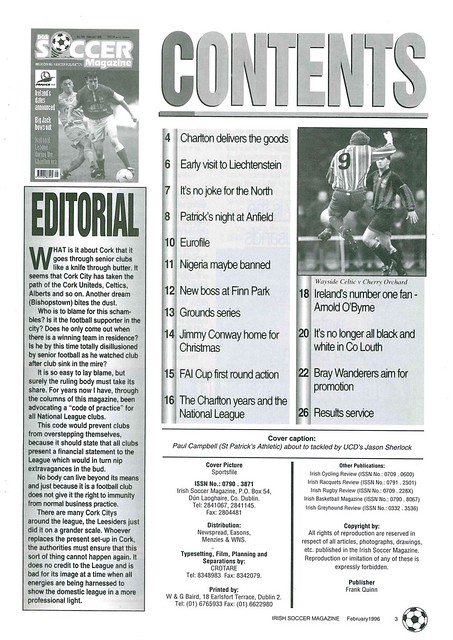 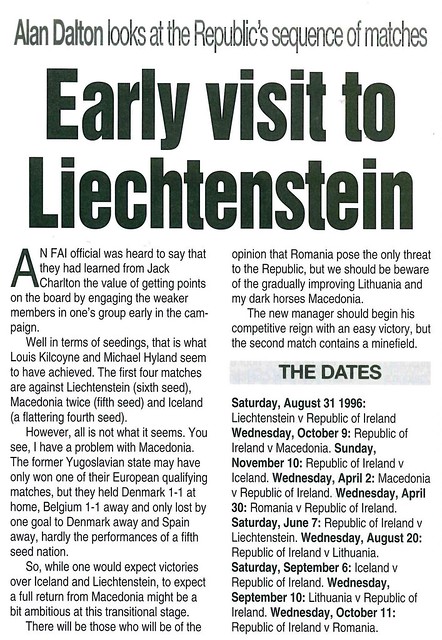 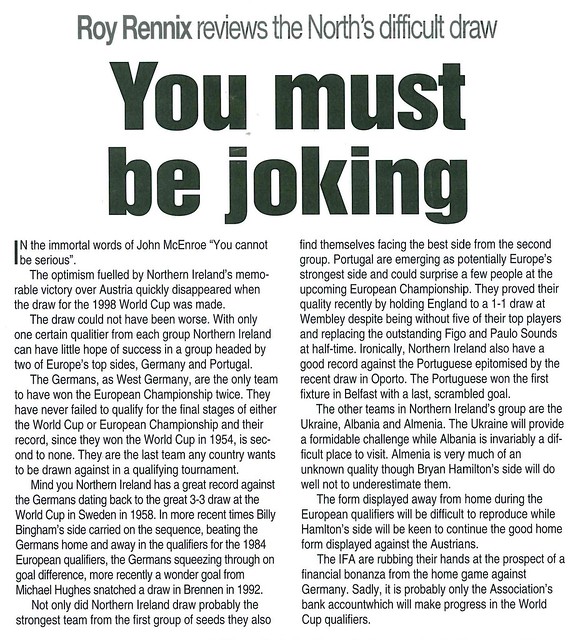 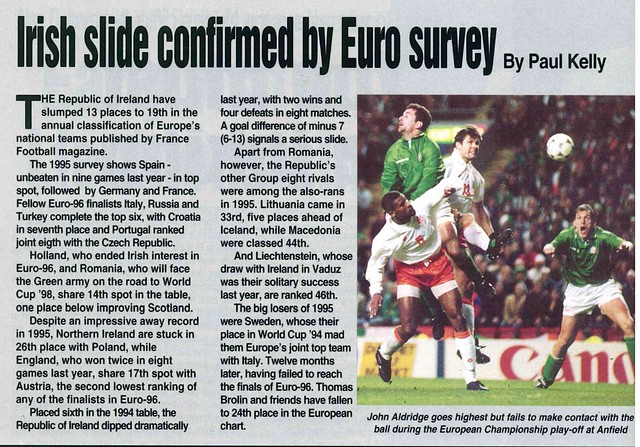 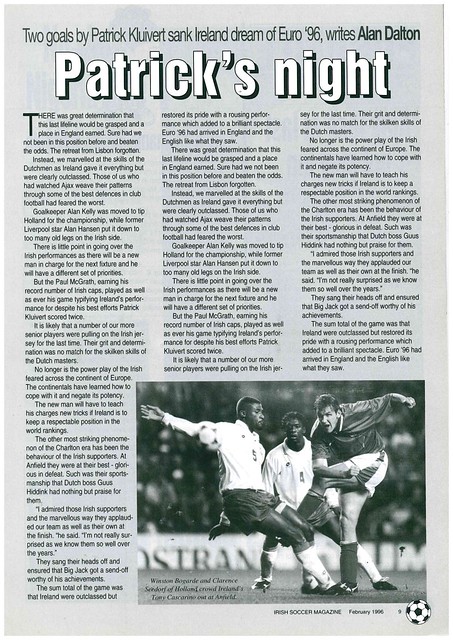 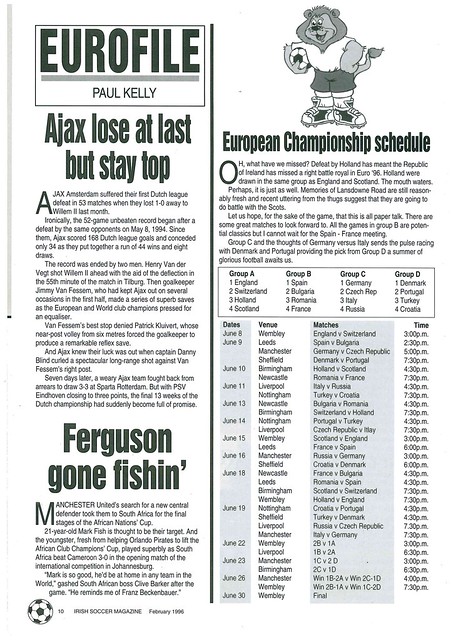 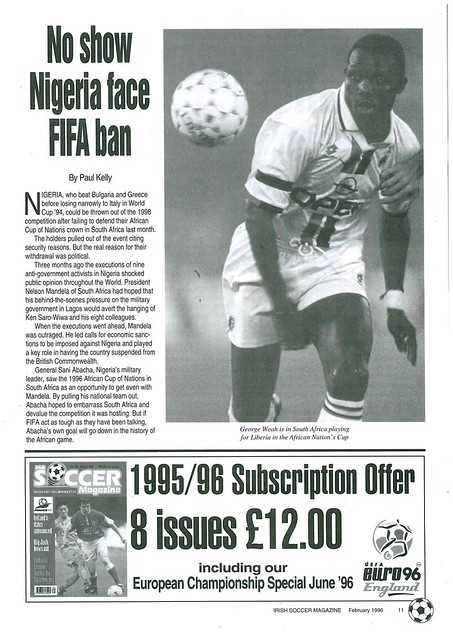 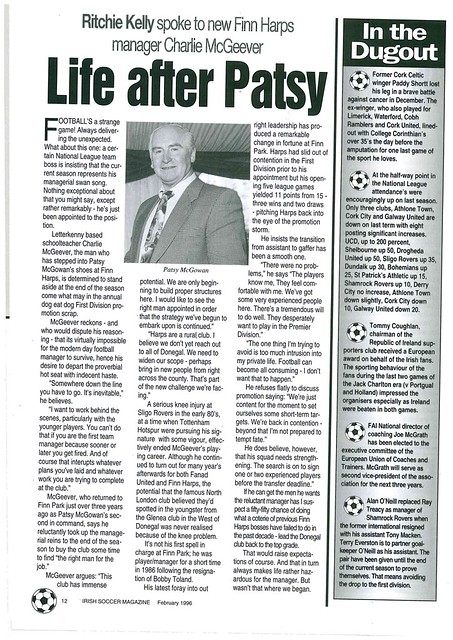 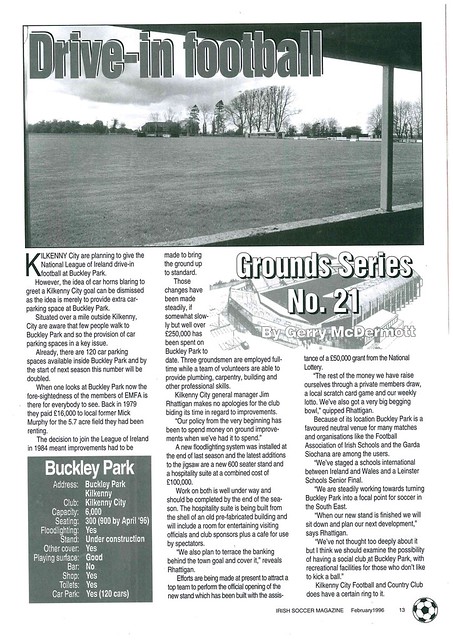 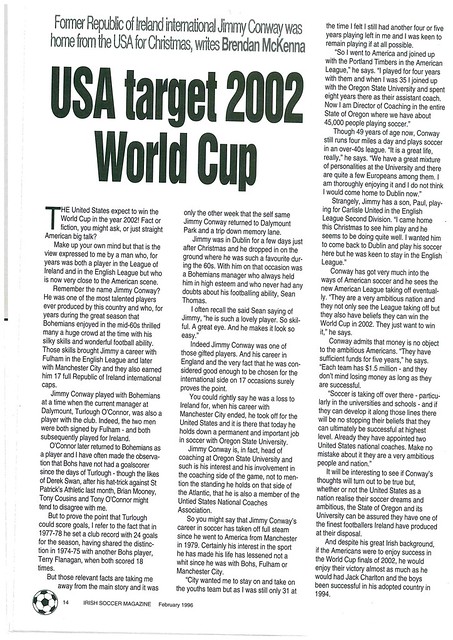 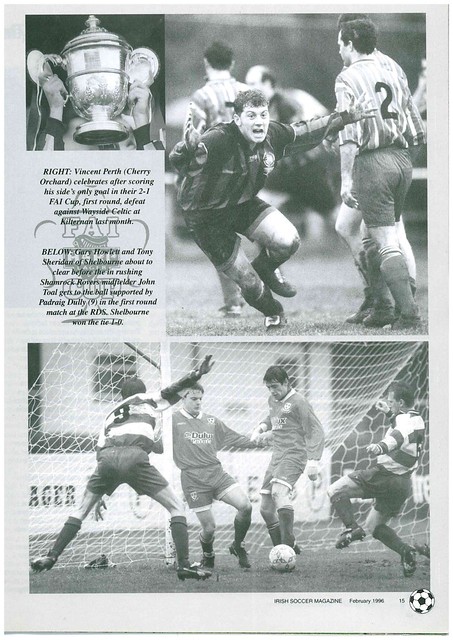 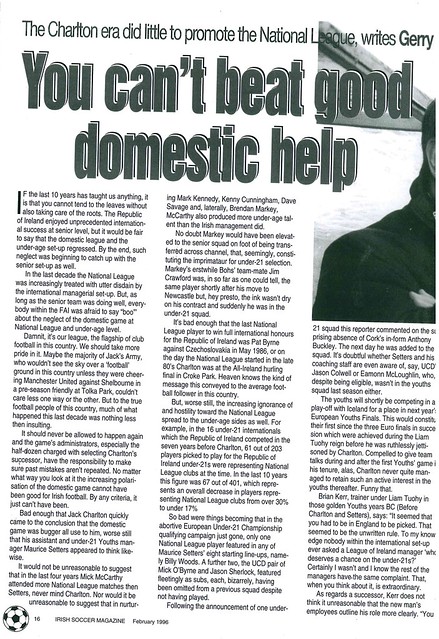 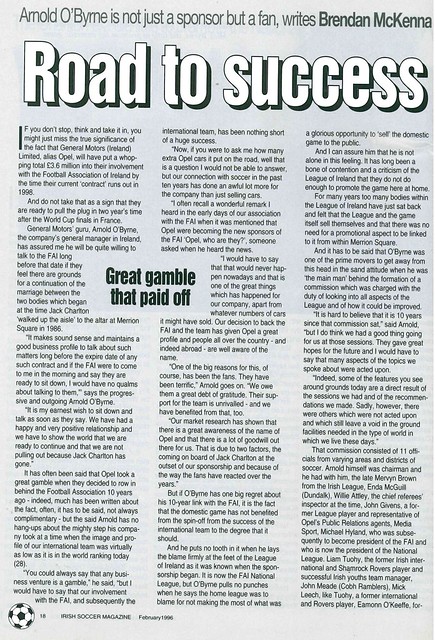 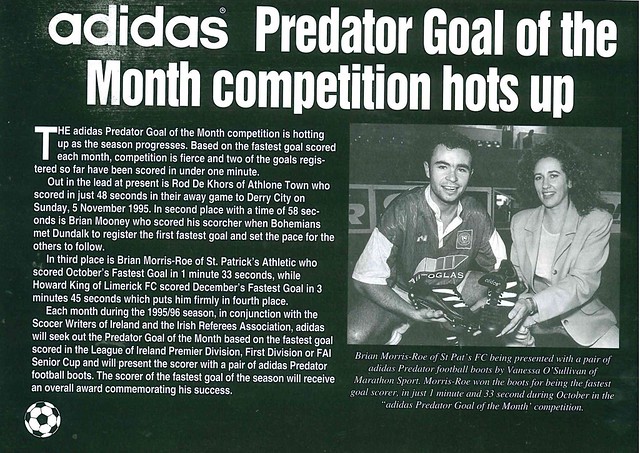 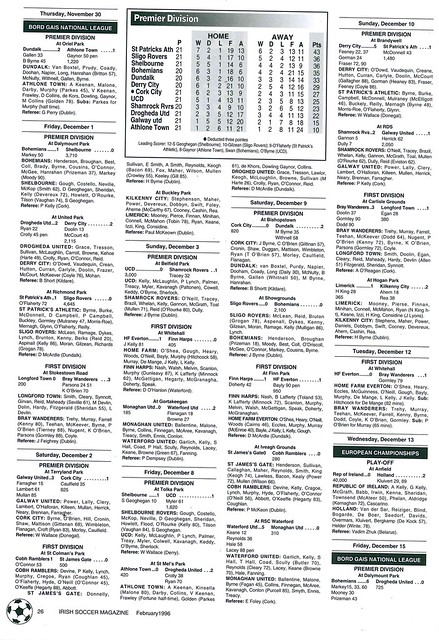 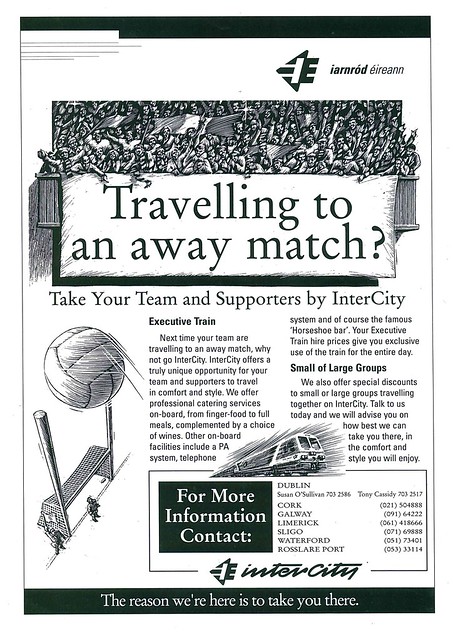 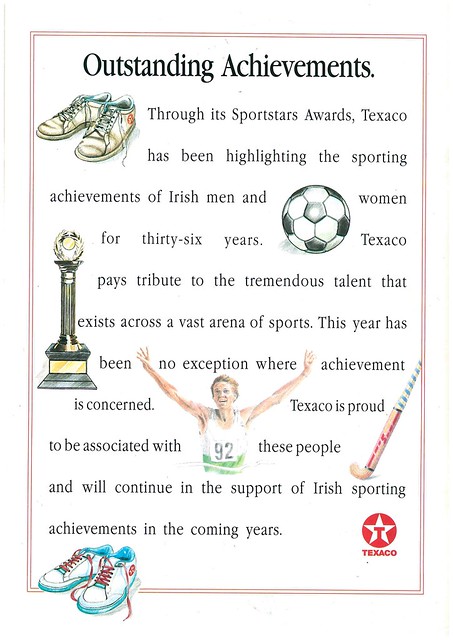