JJ72, remember them? They were the cover stars of this edition of Melody Maker in late September 2000.

In news, Blur have announced a new single, Music Is My Radar, to promote their Greatest Hits album, and Melody Maker canvasses fans for their views, with mixed responses.

Anarchy reigned at Green Day’s gig at Virgin Megastore to promote their new album Warning, spraypainting in the store and tearing into Slipknot and Blink 182.

Travis fans have launched a website dedicated to the hotness of Dougie Payne. The website is sadly no more.

There was a new series of The 11 O’Clock Show on Channel 4, with new presenters, Iain Lee and Sarah Alexander.

Adam, Izzy and Anna from Hollyoaks were this week’s Singles Reviewers, giving the award for Single Of The Week to J Mascis + The Fog with Where’d You Go.

This magazine came with a free 24 page guide to student life.

In reviews, Melody Maker paid a visit to see Radiohead in concert, and had Coldplay’s gigs in Cambridge and Oxford as their pick of upcoming gigs.

Green Day’s new album got 3 and a half stars out of 5, after all the anarchy in Virgin Megastore.

Reef talk to Melody Maker about the making of their album Getaway, going through the process in chronological order. 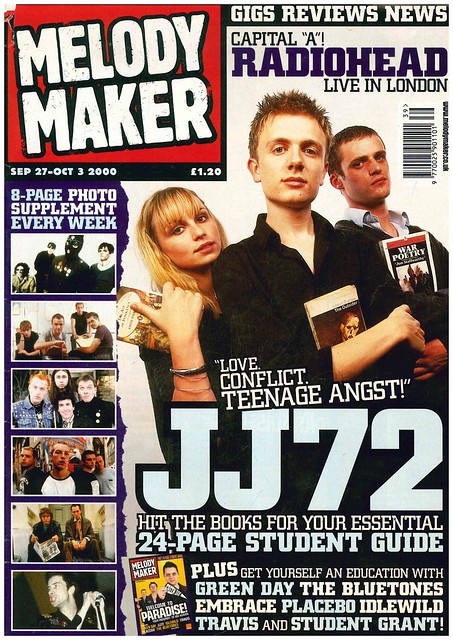 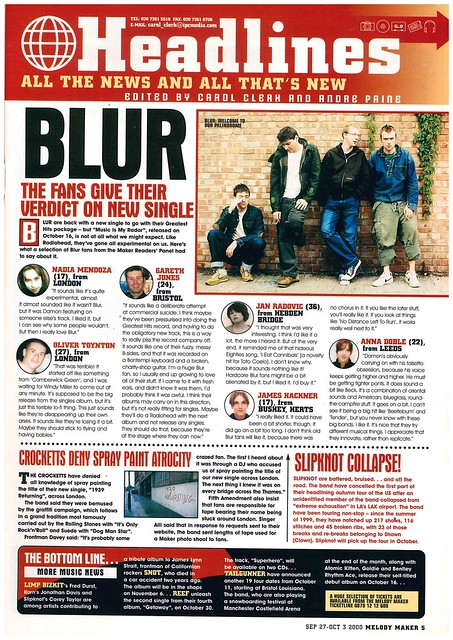 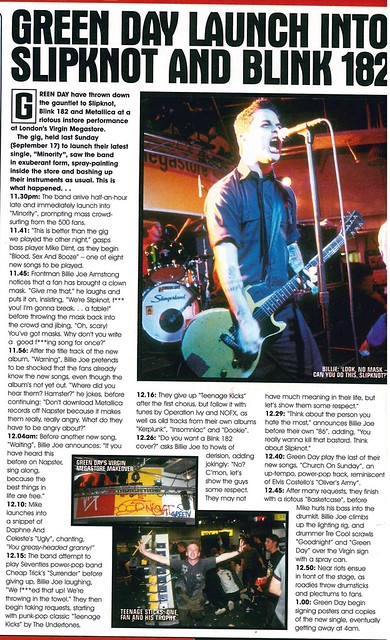 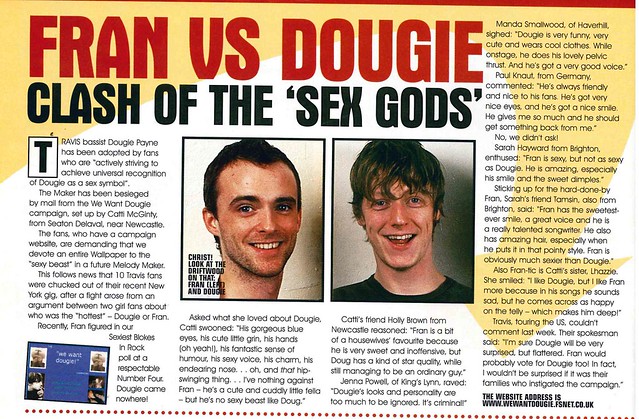 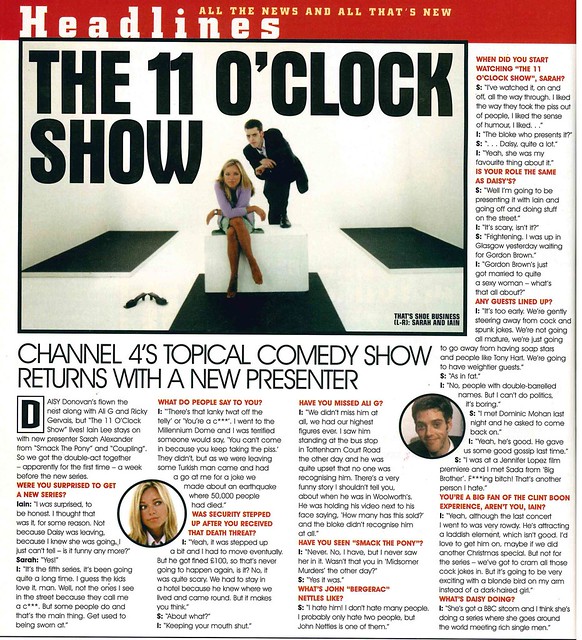 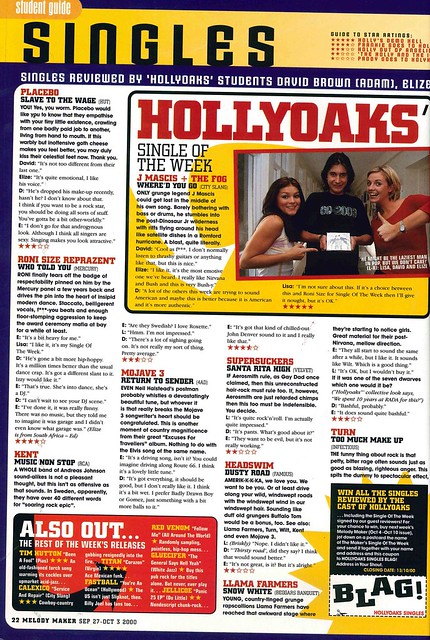 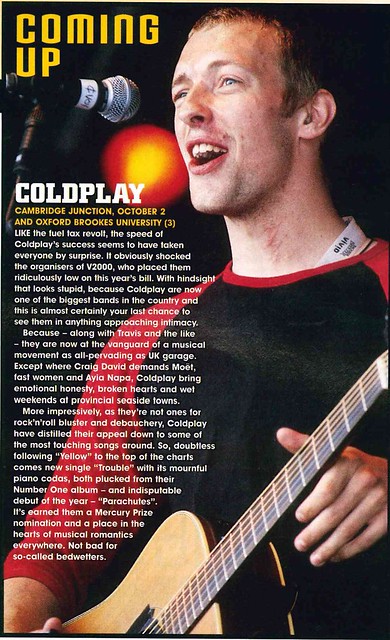 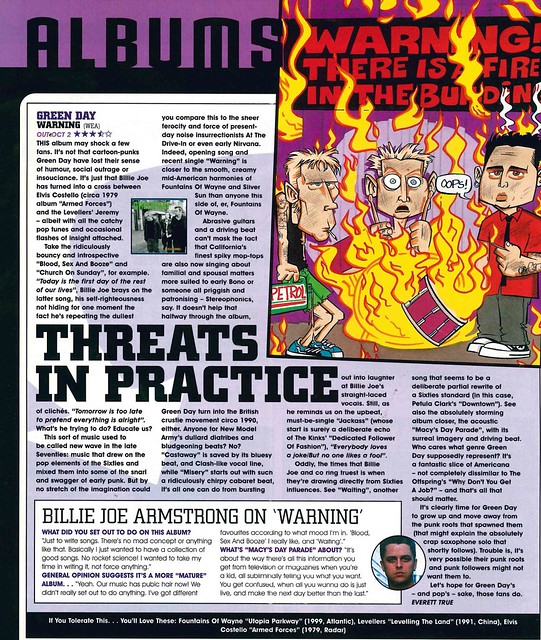