Liam and Noel Gallagher, on stage in Dublin, are the cover stars of this week’s edition of Melody Maker, because they are definitely not splitting up, after some recent difficulties.

Melody Maker looks at the safety of music festivals in the UK, after a fatal crush at Roskilde Festival in Denmark, which resulted in the deaths of nine people.

In the aftermath of this, both Oasis and Pet Shop Boys cancelled their proposed appearances at the festival.

Coldplay have just released their debut album, telling Melody Maker they “want to win the world over”.

Mansun have unveiled their new single I Can Only Disappoint U at a fan convention, with fans canvassed for opinion, giving it the thumbs up.

Patrick Kielty gets interviewed, and says he has a “very Catholic taste in music” when asked what is on his stereo.

Following on from the safety of music festivals, Melody Maker spends two pages looking at stage diving, wether it is dangerous or just harmless fun.

Oasis concert at Lansdowne Road gets three pages of coverage, Noel Gallagher’s first since walking out on the band a few weeks earlier.

Elsewhere, there were eight pages dedicated to T In The Park.

In reviews, Clint Boon gives his Single Of The Week award to Elbow.

Ozzy Osbourne is the subject of a Q and A, revealing he looks at himself in the mirror 40 to 50 times a day. 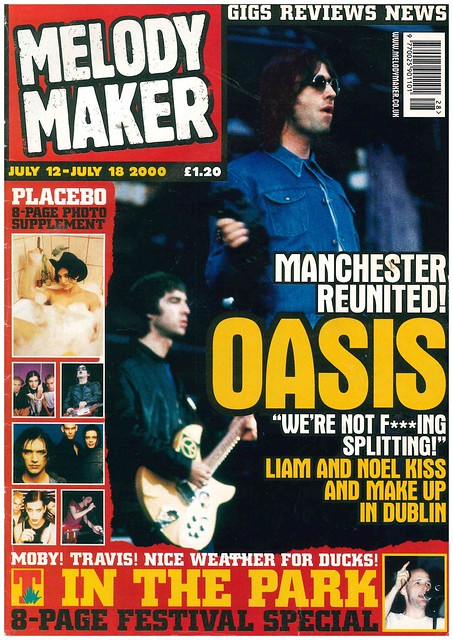 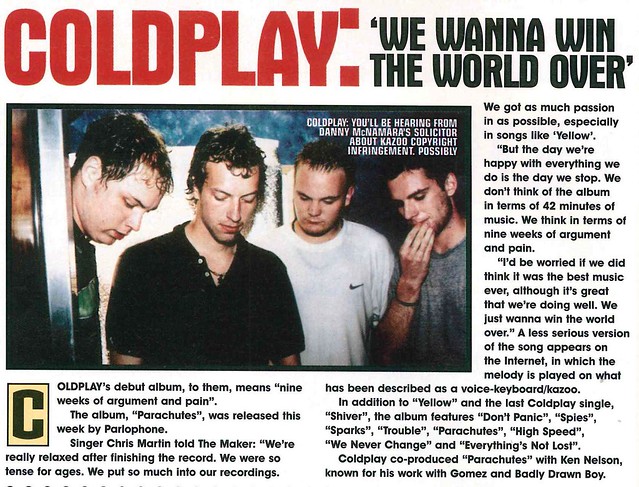 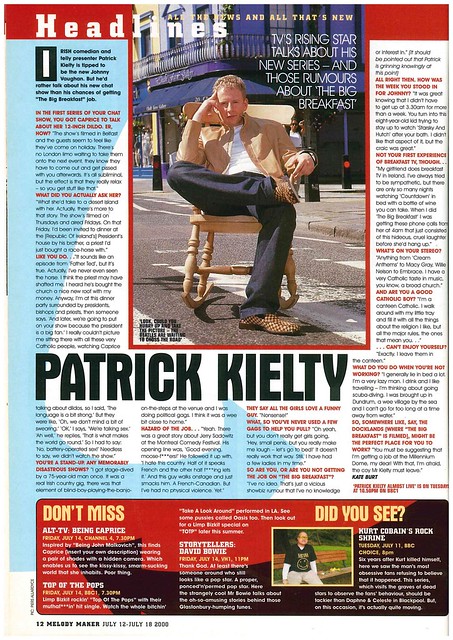 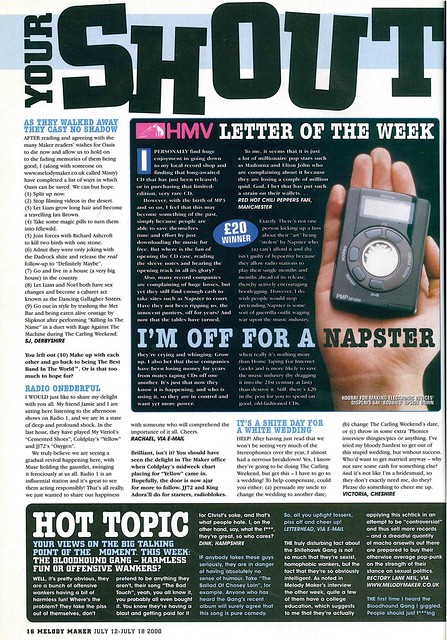 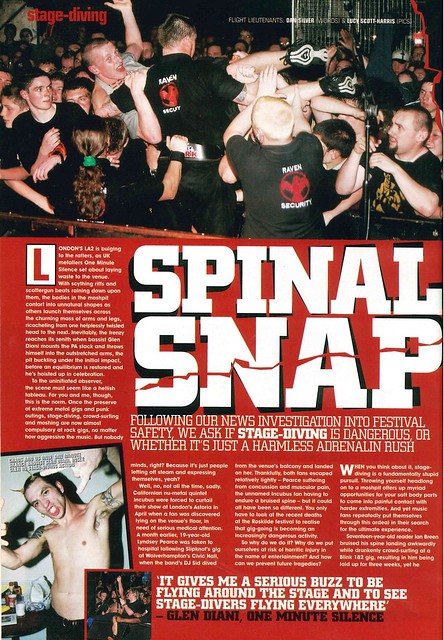 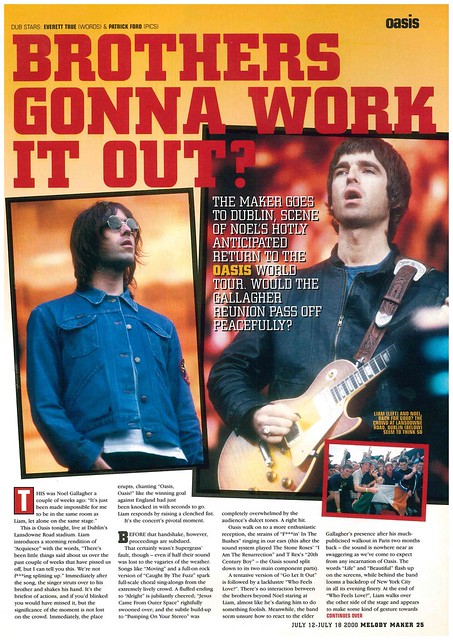 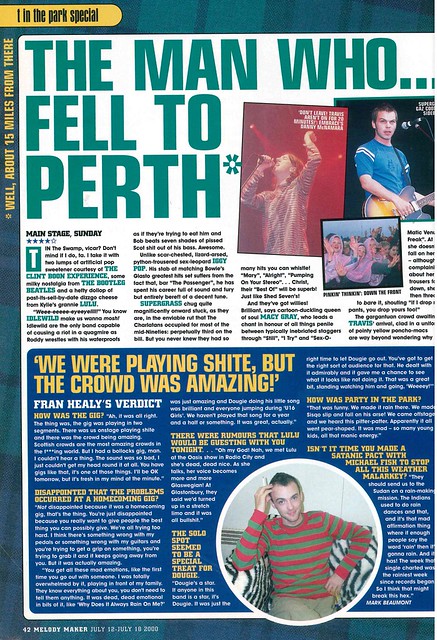 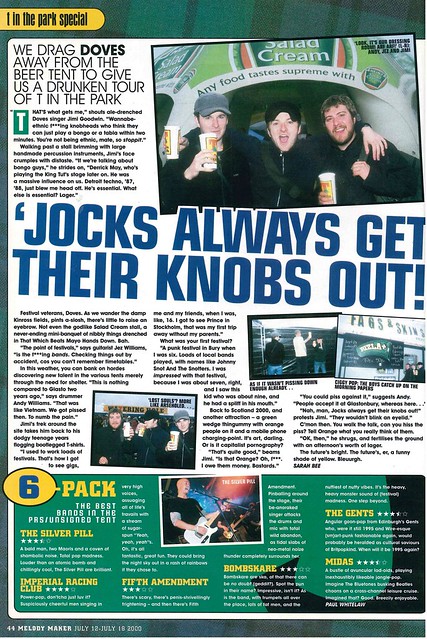 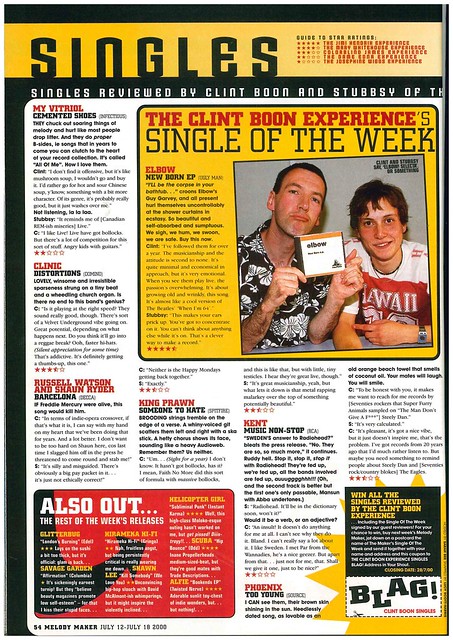 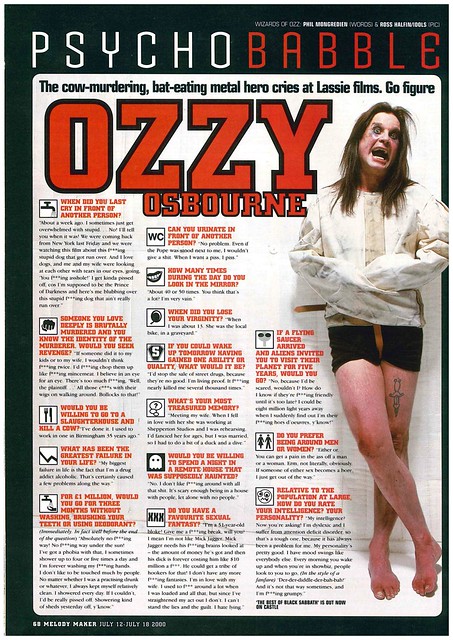