There’s a Scottish theme to this edition of Shoot, with Kenny Dalglish and Charlie Nicholas sharing the cover with Aberdeen, facing Real Madrid in the European Cup Winners Cup Final.

In news, Manchester United, Ipswich Town and West Ham United are showing an interest in Leicester City’s Gary Lineker, while West Bromwich Albion have denied that Martin Jol and Romeo Zondervan will be leaving the club.

Ray Wilkins uses his column to express his delight at being recalled to the England squad, and paying tribute to Manchester United team-mate Martin Buchan ahead of his testimonial.

Another United player with England ambitions is Gary Bailey, who tells Shoot that he is ready for a call-up. Shoot lists rivals for a place in the squad, which includes Andy Goram of Oldham Athletic.

Across Manchester, Kevin Bond tells Shoot of his delight at winning over Manchester City supporters following a difficult start to his time at the club.

Following Jimmy Case’s winning goal from a free-kick for Brighton in the FA Cup Semi-Final, Shoot does a double page spread on the importance of goals from set pieces.

There is a feature on 15 year old Dean Vokes, who won a competition to be Assistant Manager to Malcolm MacDonald at Fulham for a day. Fulham beat Charlton 2-1.

As the 1982-1983 season comes to an end, Shoot does a feature on four hat-trick during the season, by Clive Allen, Ian Rush, Luther Blissett and Gary brooke

Aberdeen’s match against Real Madrid gets previewed with Alex Ferguson doing a profile of the Aberdeen squad for Shoot.

There is also a profile of the Real Madrid squad.

Bobby Russell of Rangers uses the Tartan Talk column to reveal that he planned on emigrating to New Zealand as a teenager, but red tape stopped it, something he says he is grateful for in retrospect.

Phil Thompson uses his column to speak of his pride at winning his 7th title medal, a record for a player in English football, predicting that there will be more to come.

In West Germany, football authorities have expressed concern at falling attendances in the top flight.

Shoot does a feature on Andy Ritchie and Terry Connor, who have moved opposite ways in a player swap between Leeds ans Brighton.

England are hosting the European Youth Championship, with England manager Graham Taylor, who would be appointed senior manager in 1990, praising the youth football of neighbours and holders Scotland.

Gary Shaw uses his column to congratulate Aston Villa team-mate Peter Withe on being selected for the England team for their recent match against Hungary.

The magazine ends with a profile of Mike Flanagan of QPR, who reveals his favourite singers are Joe Jackson and Elkie Brookes. 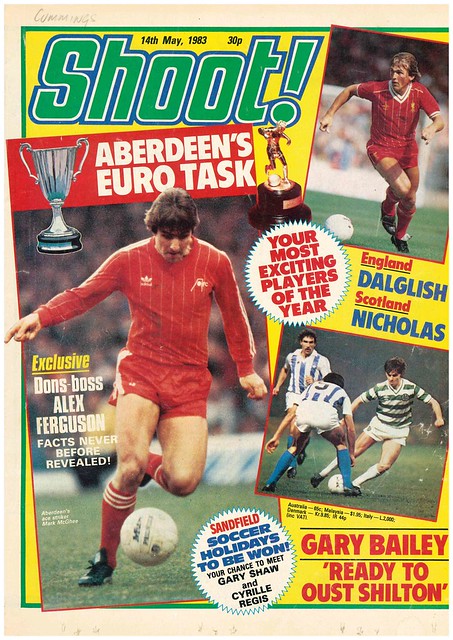 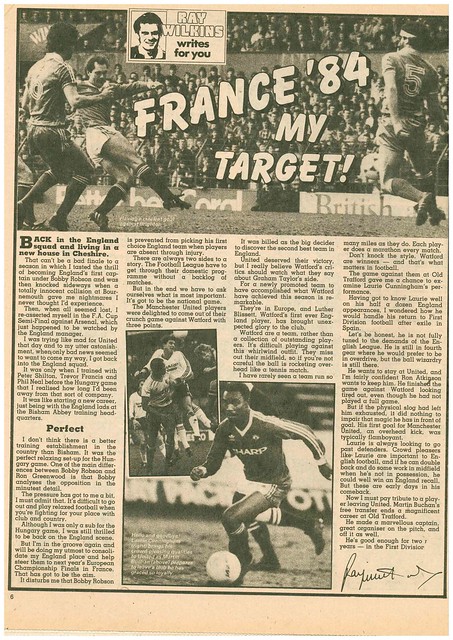 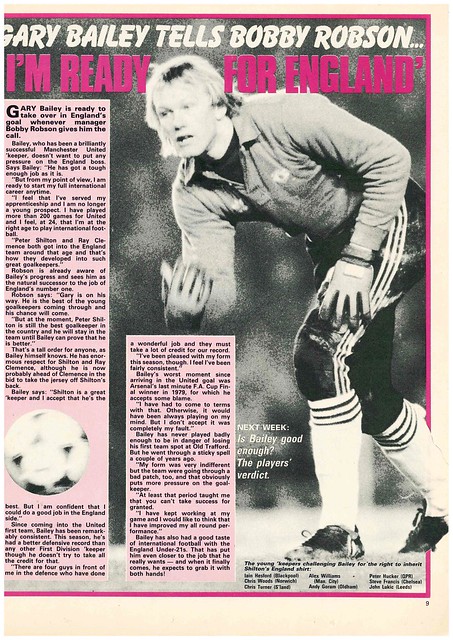 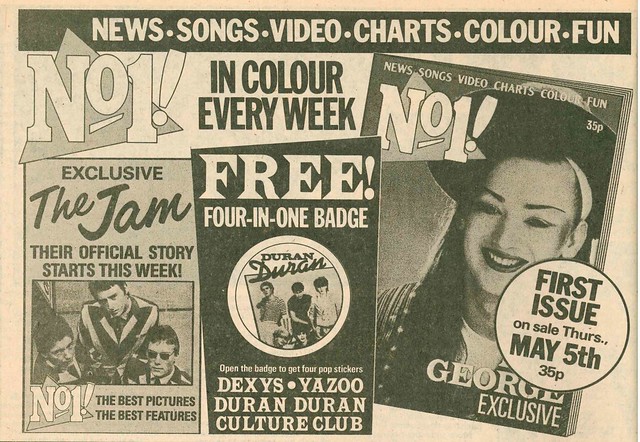 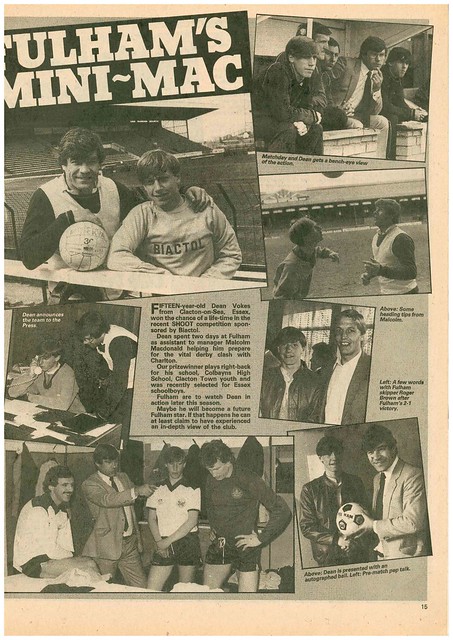 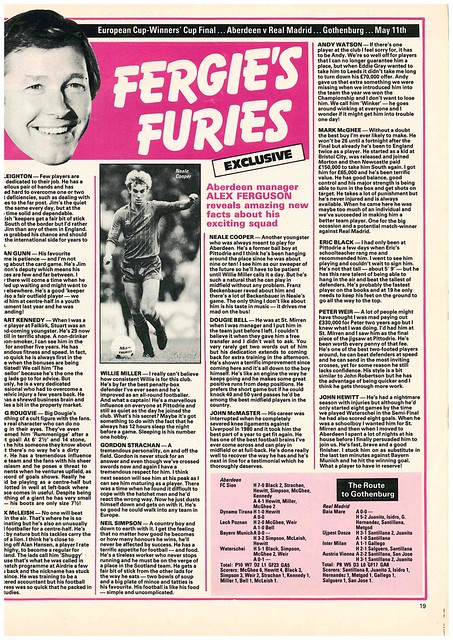 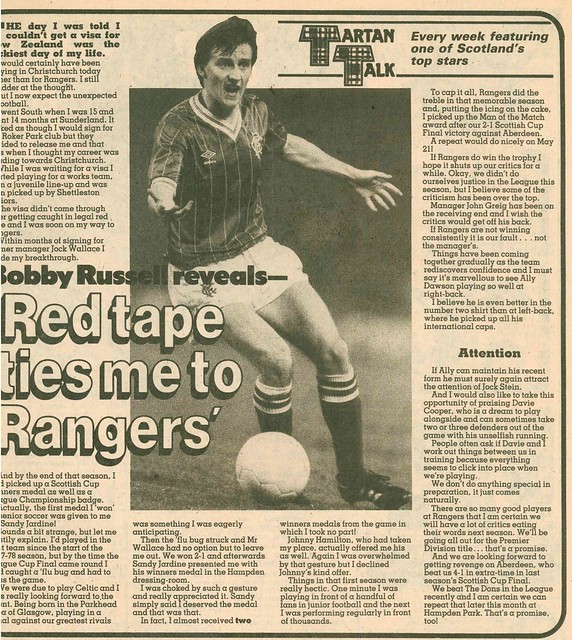 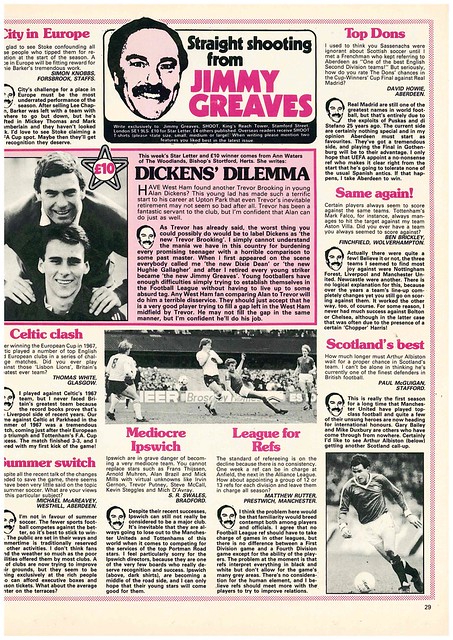 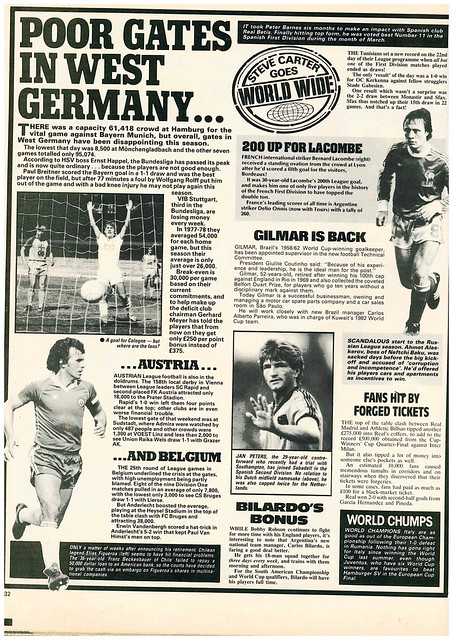 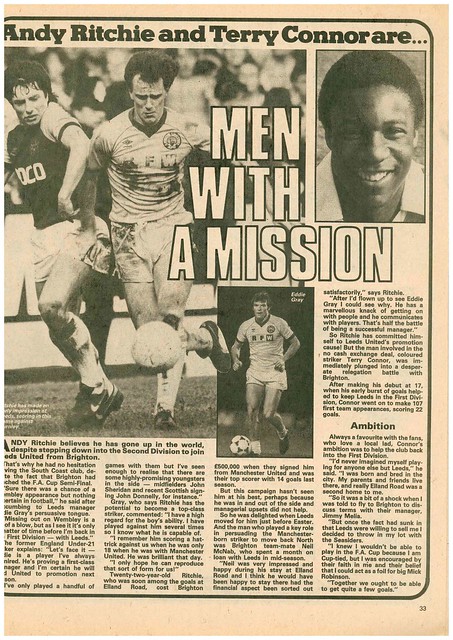 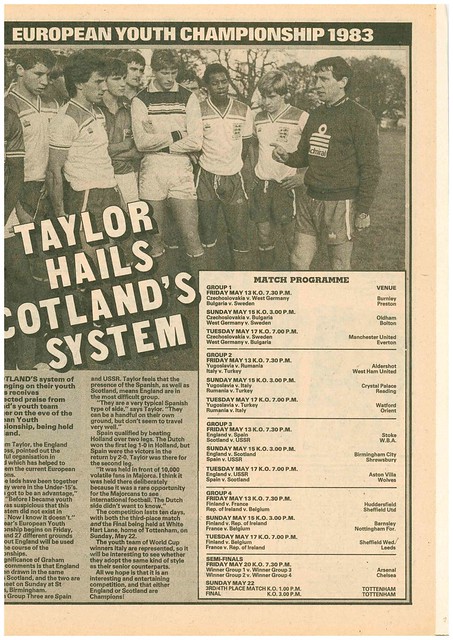 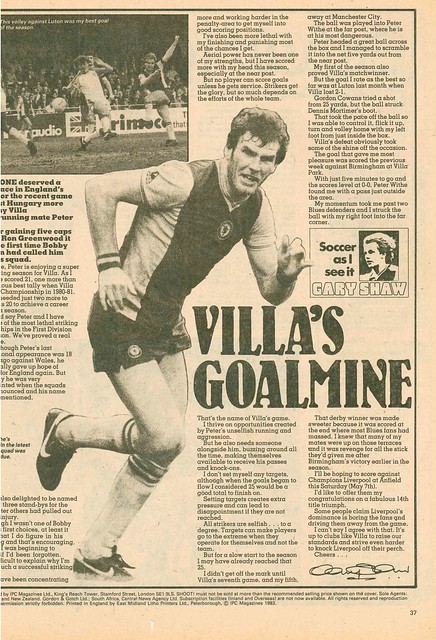 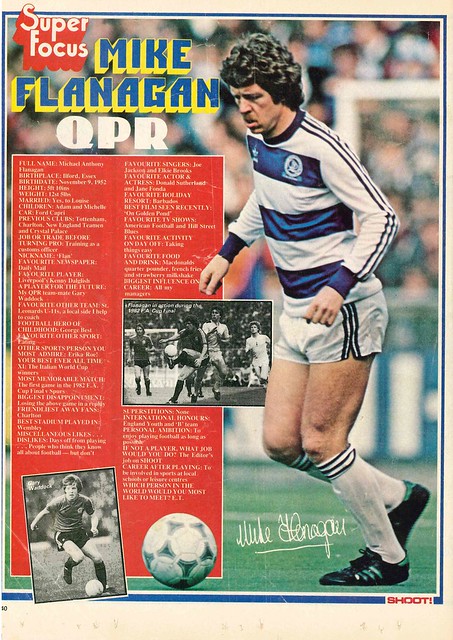