It’s late May and almost the summer, so Melody Maker suitably gets in a festival mood with this edition.

Travis are in a chart battle with Fat Les, who are doing England’s Euro 2000 song, hoping to get Number 1 as revenge for England putting Scotland out of Euro 2000.

Also hoping for a Number 1 is Toploader, who are going to release a one-off single after the success of Achilles Heel.

Elsewhere, Graham Coxon of Blur has gone solo, his sound being described as heavier than Blur.

Paul Daniels is subject of a Q and A, denying that he’s a right wing bigot.

Mark Gatiss of The League Of Gentlemen is interviewed as they prepare for a tour, a book and a Christmas special.

There is a four page feature listing the Top Ten Greatest Festivals of all-time. Unsurprisingly, the winner was Woodstock 1969.

One festival not on the list MTV’s Five Night Stand, headlined by Embrace, Muse and Primal Scream. It did get three pages of coverage in this edition of Melody Maker though.

Toploader were reviewing singles, giving their Single Of The Week to Crashland. 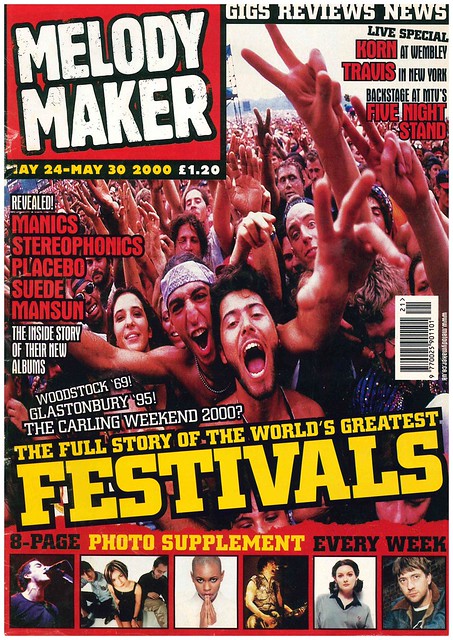 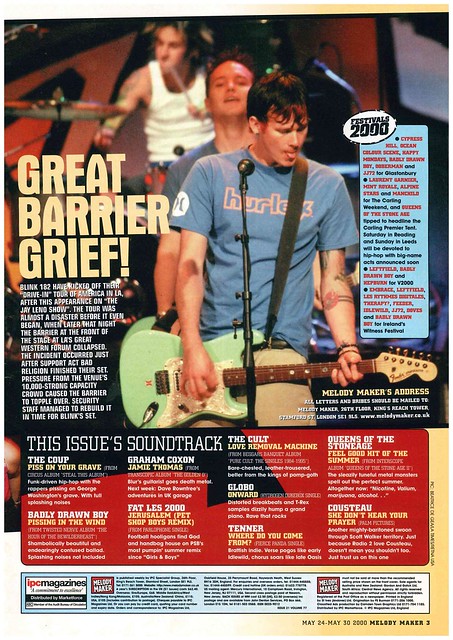 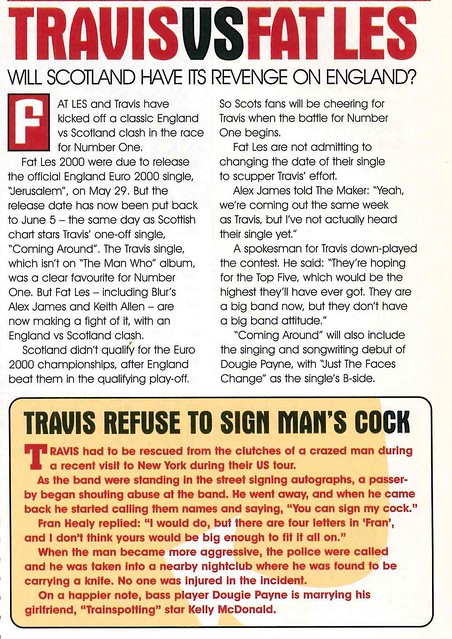 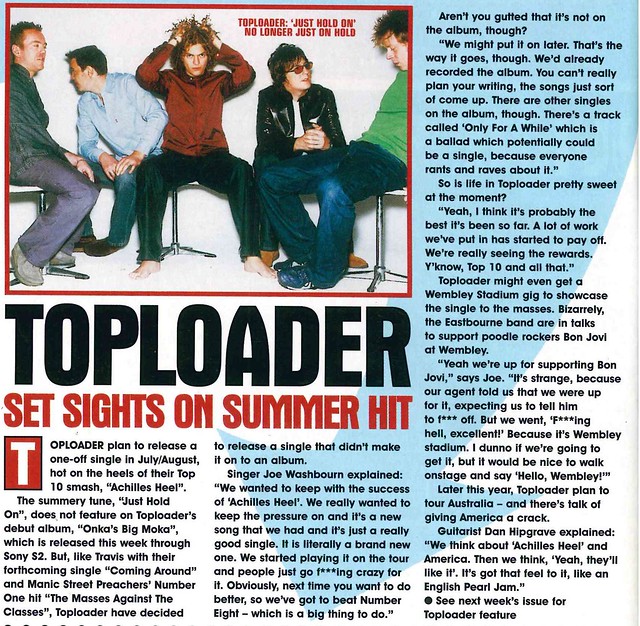 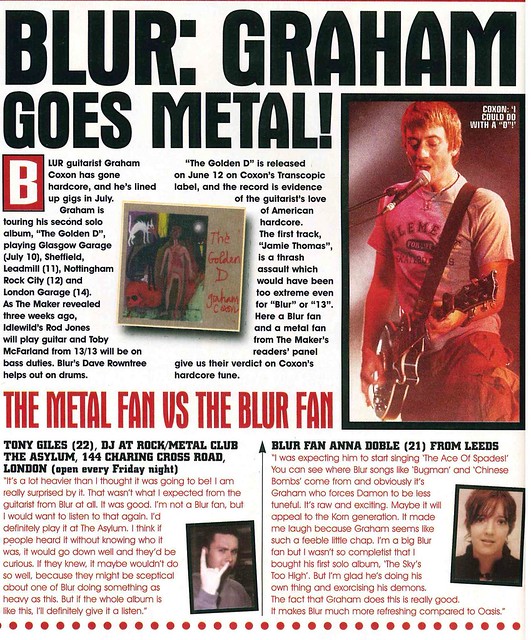 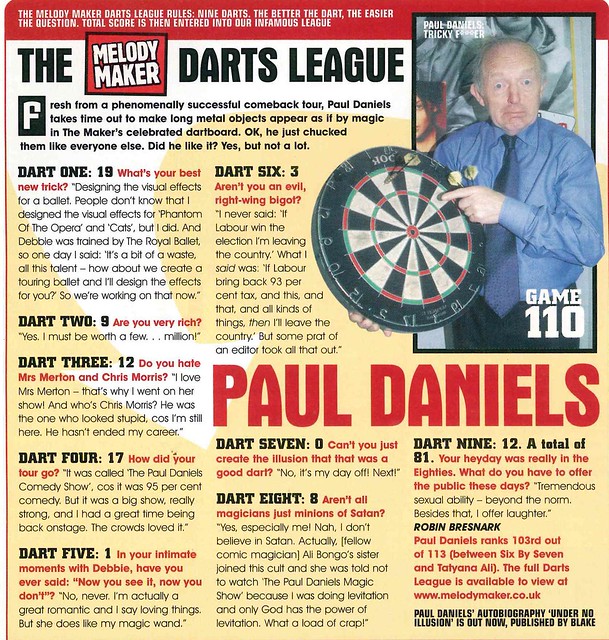 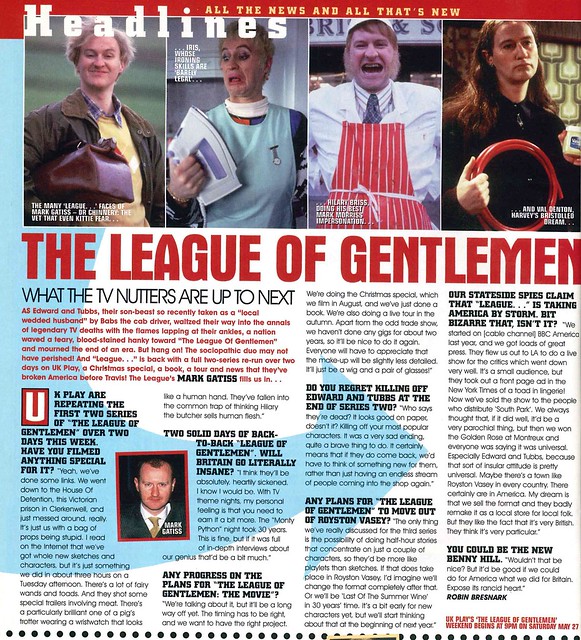 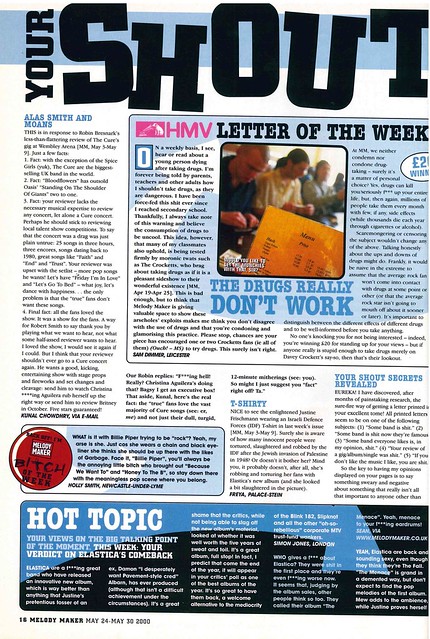 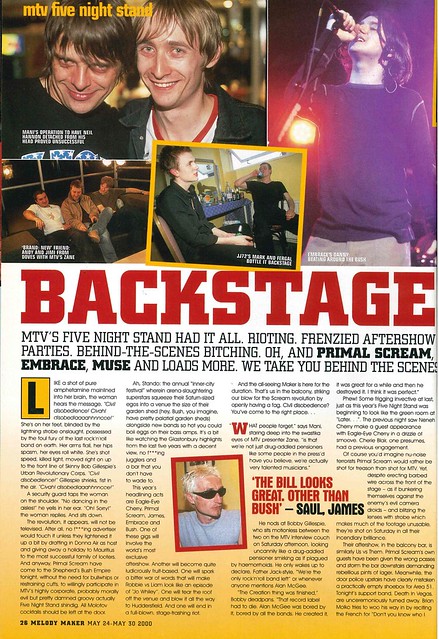 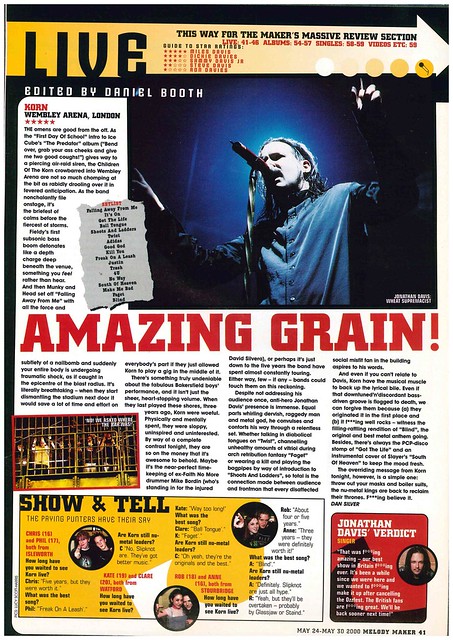 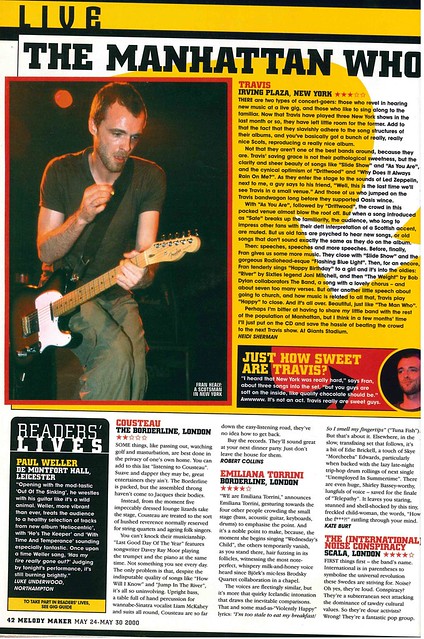 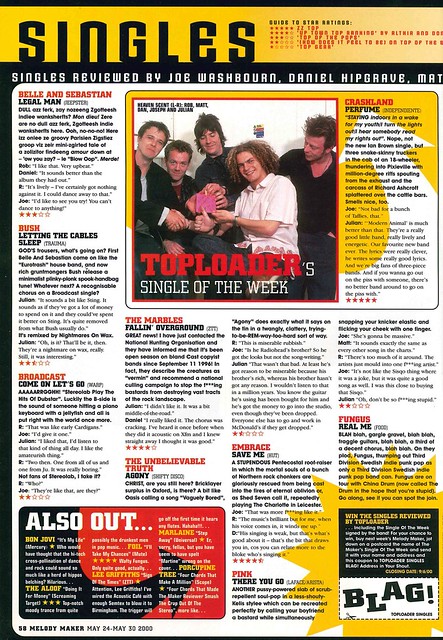 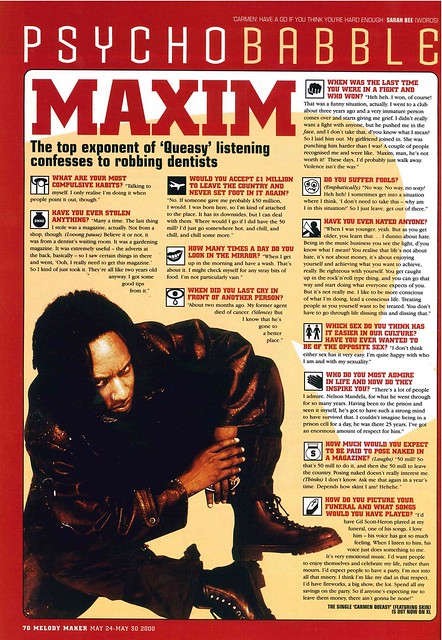