Diego Maradona is the cover star of Match having just lifted the World Cup, as Match reviews the 1986 World Cup.

The match itself gets a double page spread.

Also getting a double page spread is the plight of tall strikers, following Gary Lineker and Peter Beardsley’s success as a partnership in Mexico.

In Scotland, Davie Cooper has warned that the national team will begin to suffer due to the lack of emphasis on skill in domestic games. Avi Cohen is set to sign for Rangers, but Hearts have been priced out of a move for Liam Brady.

There is a feature on teenage goalkeeper Tim Flowers, signed by Southampton as Peter Shilton’s deputy, with plans to one day replace him.

Mike Hazard of Chelsea gets a profile, where he reveals that his favourite singer is Michael Jackson.

After reaching the knockout stages in Mexico, several of Morocco’s players are keen on playing their club football in England.

Talking of England, manager Bobby Robson is intending to stay in charge until the 1990 World Cup.

Match reviews the ratings given to England players in Mexico, with Peter Beardsley being the best performer, with a rating of 7.67 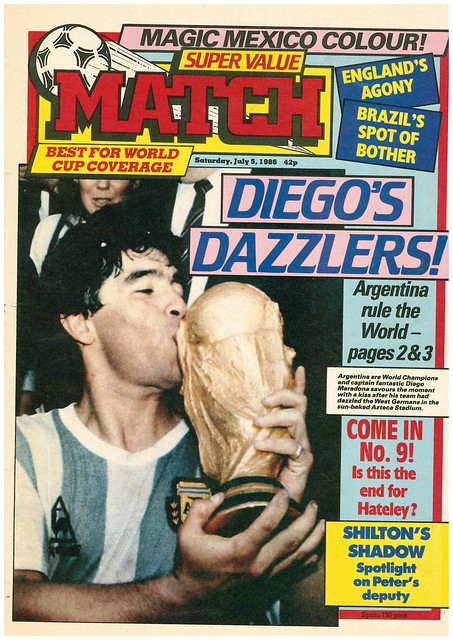 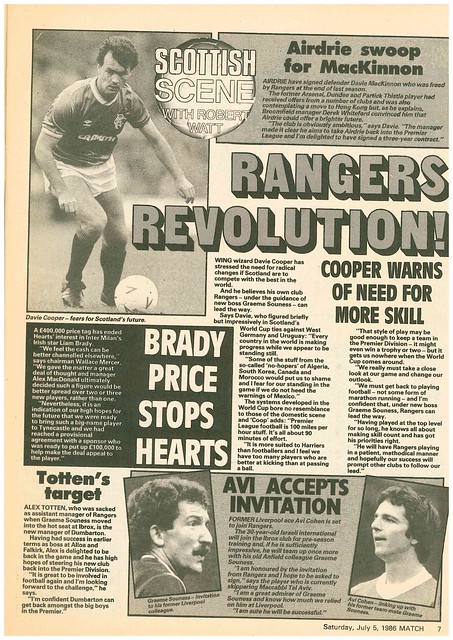 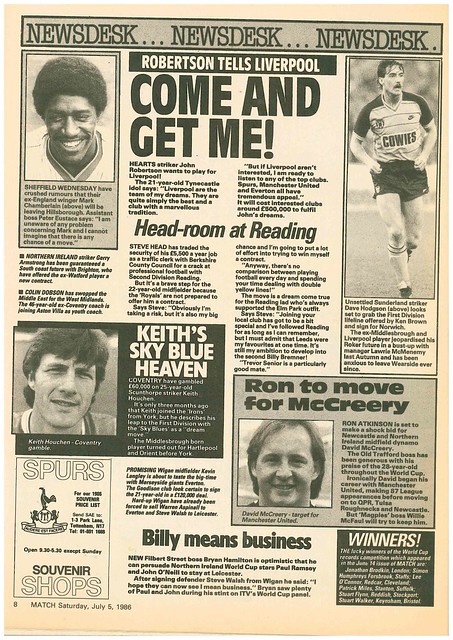 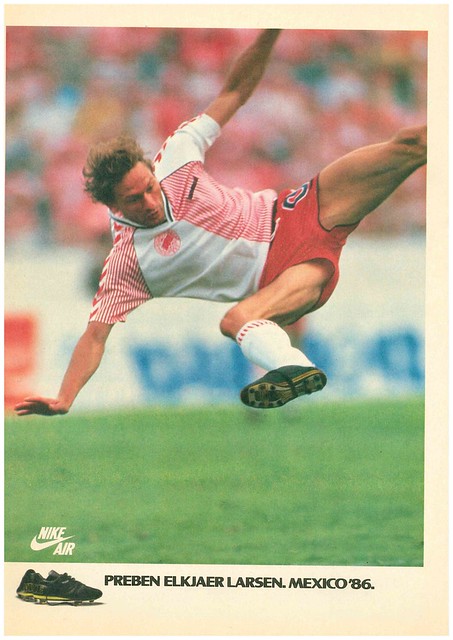 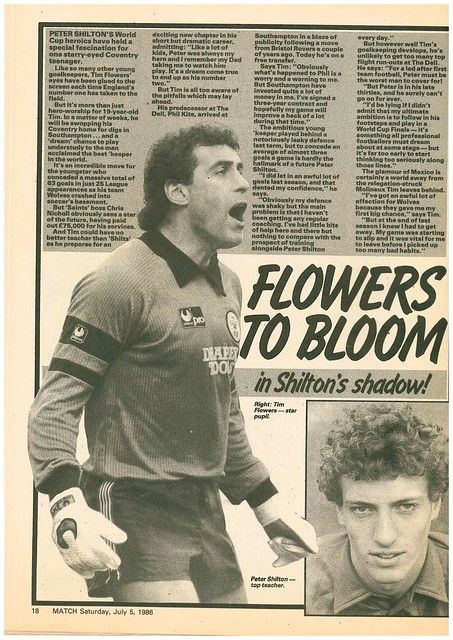 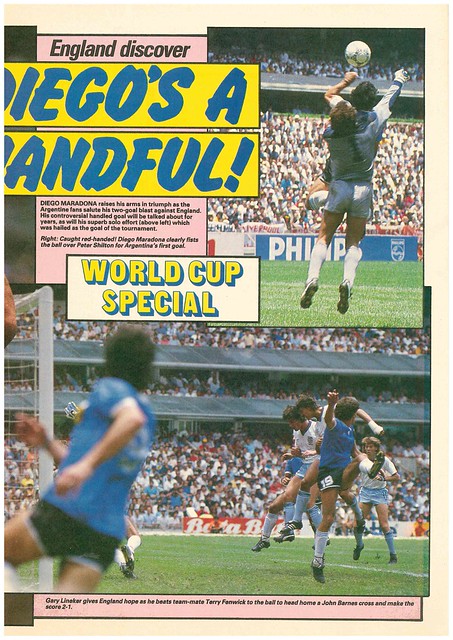 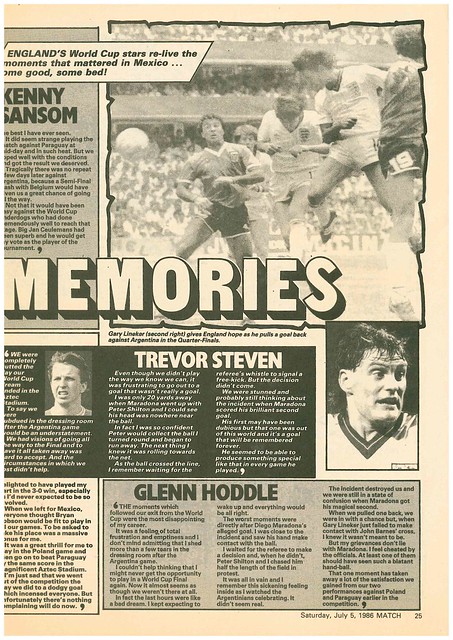 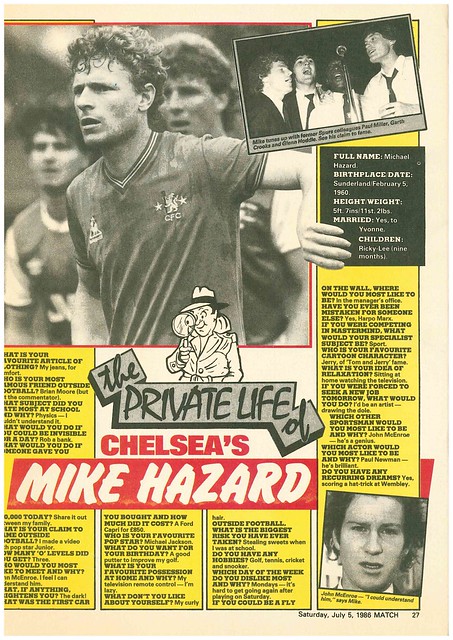 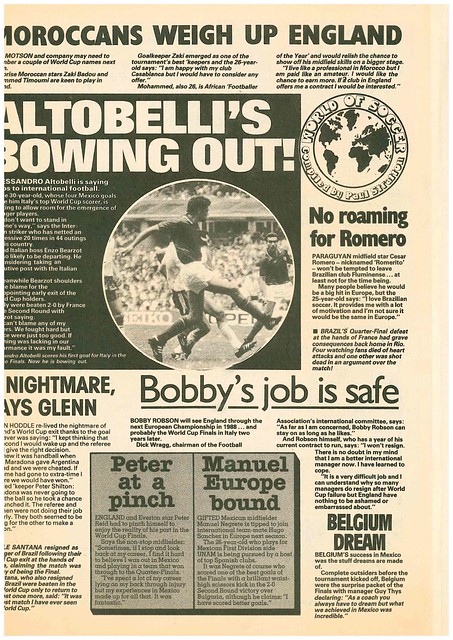 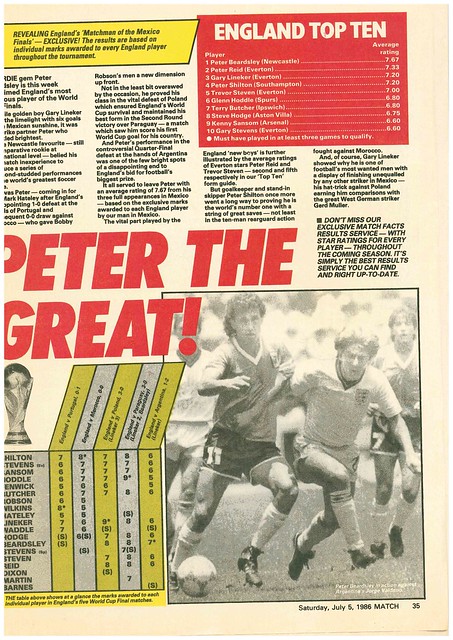