Sometimes in life, your plans can change, and sometimes, it can work out for the better.

Originall planned as part of Belfast Arts Weekender in early March, Wardrobe Jam was cancelled because of the snow. It got given a new date for Bank Holiday Monday at the end of May. Thankfully, the weather was a lot better, at the other extreme of the temperature gauge.

The postponement worked out well for me, as I was due to missing as I would be going to a football match that afternoon.

There would be some murals painted as well on nearby walls. This was to compliment pieces that were painted in East Belfast during March, as well as existing Street Art painted last Summer as part of Hit The East.

The event took place from 2pm to 5pm. I arrived at 3pm. I didn’t think I would have missed much but a lot of the artwork was already advanced. If the event happens again in the future, i’ll make sure i’m there from the start.

Regular readers of this blog will be aware of the work of KVLR, Friz and Emic, who have all feature regularly on this blog.

It shouldn’t be too hard to work out which pieces are done by them, as they were all done in their own individual trademark style.

I left just before 5pm on the Monday, with some of the walls not yet quite finished. I returned on the Tuesday evening to photograph the finished pieces. 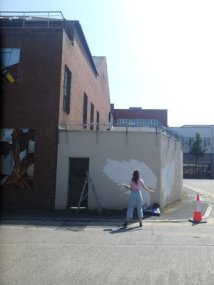 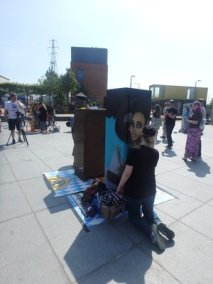 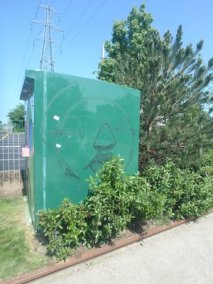 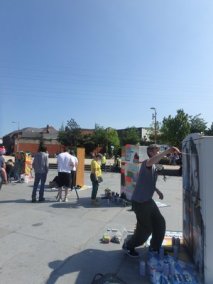 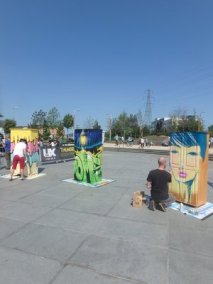 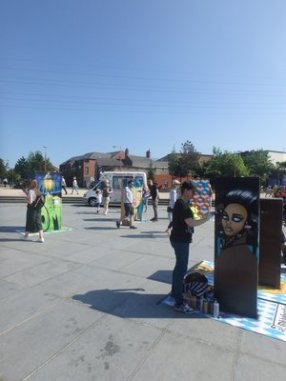 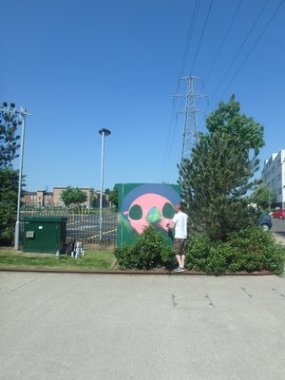 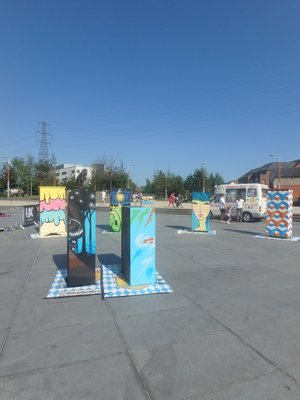 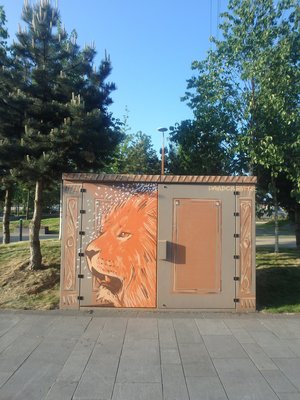