Later today, Russia will face Saudi Arabia in the opening game of the 2018 World Cup.

In a special edition of the Magazine Archive, we go back to 1970 when George Best brings out a World Cup preview magazine. You know it’s 1970 because there’s a sombrero on the cover, which means it’s the year that Mexico hosted the World Cup.

As you open the magazine, George Best comments on his jealously of listening to England players talk about looking forward to the World Cup when travelling to away matches with Manchester United. The reason why George Best is jealous, if you don’t know, is because Northern Ireland failed to qualify.

Best doesn’t believe England will retain the trophy, but says they will deserve applause if they do, predicting that Brazil and Italy, the two eventual finalists, were the most likely teams to win it.

Before even starting, the tournament has provided some diplomatic headaches, as El Salvador and Honduras were at war with each other during qualifying matches between the two countries, while Morocco requested not to be drawn against Israel, and Czechoslovakia asked not to play the Soviet Union.

All sixteen teams are profiled, with player biographies, player photos and a list of results of how they qualified.

The magazine ends with a look back at the 1966 World Cup, held in England, and an aerial shot of the Aztec Stadum in Mexico City, the ground that will host the final. 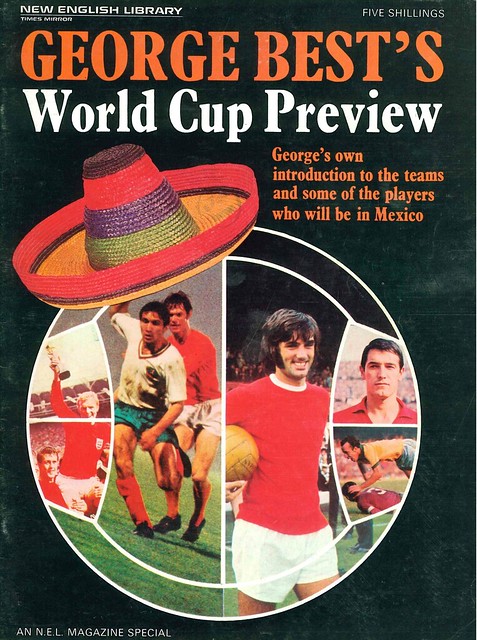 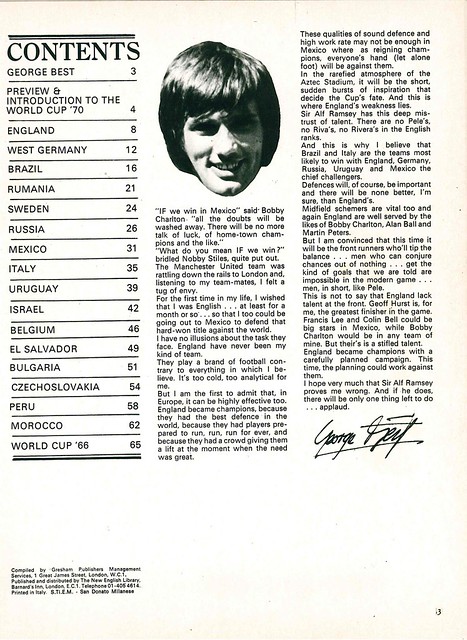 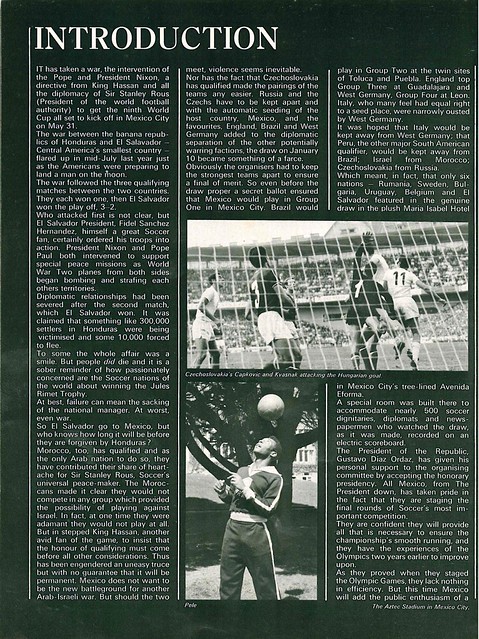 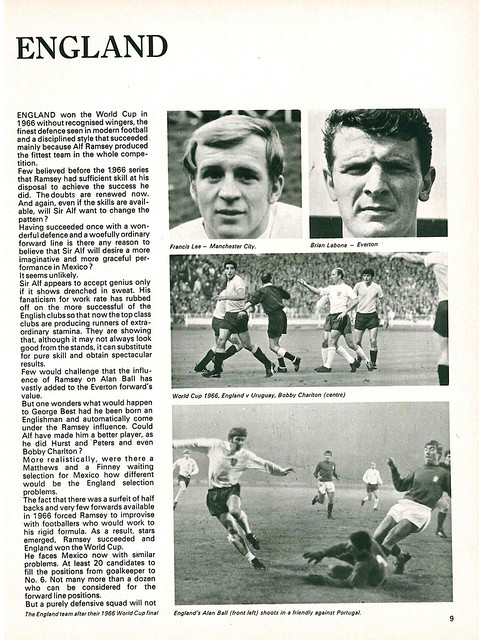 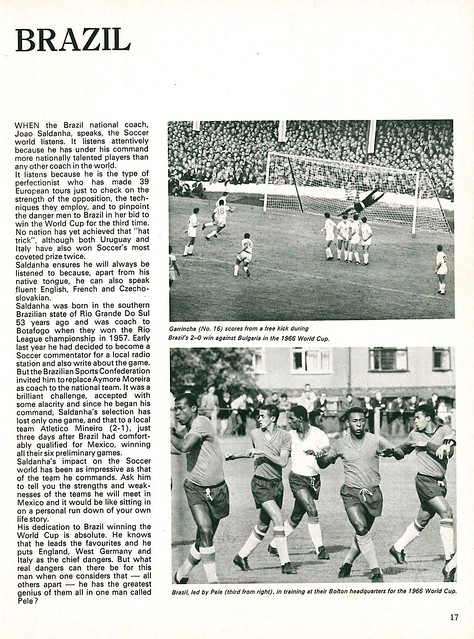 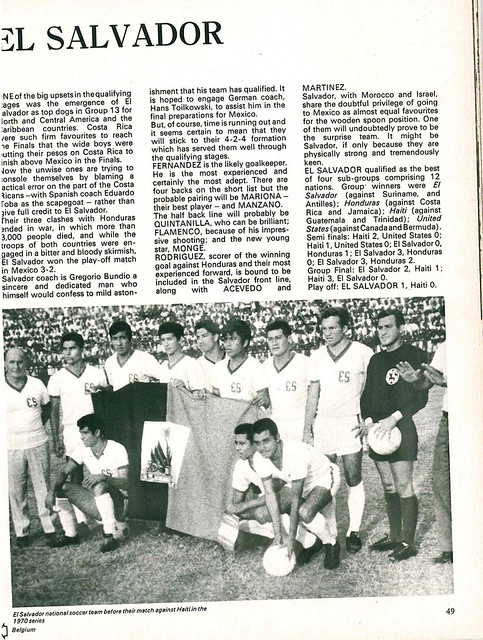 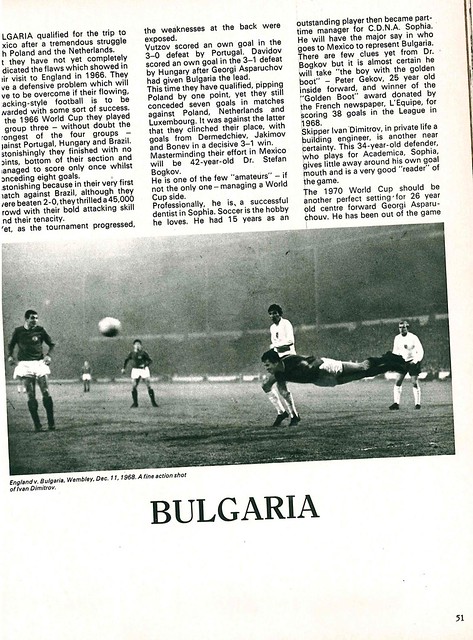 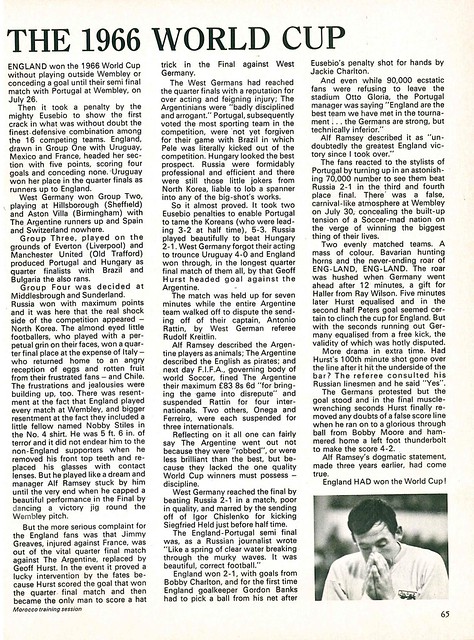