As you open the magazine, there is a poster of Donny Osmond, and an article about him being “Kicked out” of his house, but only because the painters were in.

There is a feature on Rick Springfield, as he goes on tour in Europe.

In promotions, for just $1, you could get a poster of your favourite pin-up such as Marc Bolan, Butch Patrick or Bobby Sherman.

Rick Springfield and Donny Osmond were joined in a lyrics page, featuring the words to their newest singles.

There is a new columnist introduced, Latoyah Jackson, who will answer your queries in a segment called Tell It To Toy.

Donny Osmond answers questions from readers in a segment called Dear Donny, revealing that a neat and well groomed girl catches his eye, and that Marie Osmond goes to his concerts.

There is a look at celebrity birthdays and things they like, including Andy and David Williams (twins), Marlon Jackson and Jay Osmond.

In adverts, there was an advert for a book called How To Be Popular And Pretty, which cost $1.

There is a look at the role of Keith Partridge in The Partridge Family, hypothetically looking at who would replace David Cassidy if he was to leave the show. Suggestions for playing Keith Partridge included Shaun Cassidy, Sean Kelly and Steve Hudis.

There is another poster, this time of Marc Bolan, described as “England’s brightest superstar” 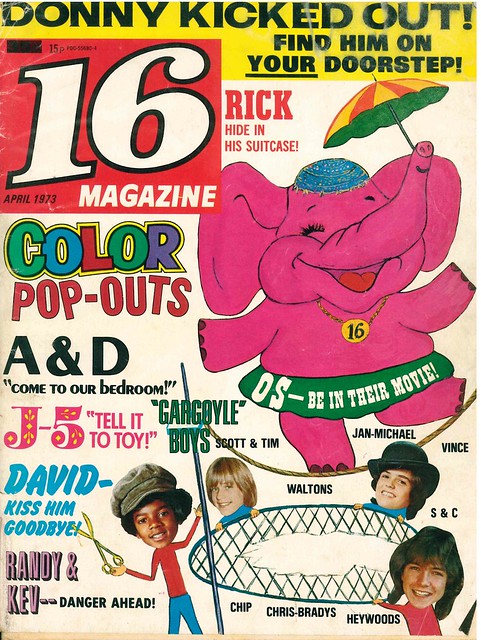 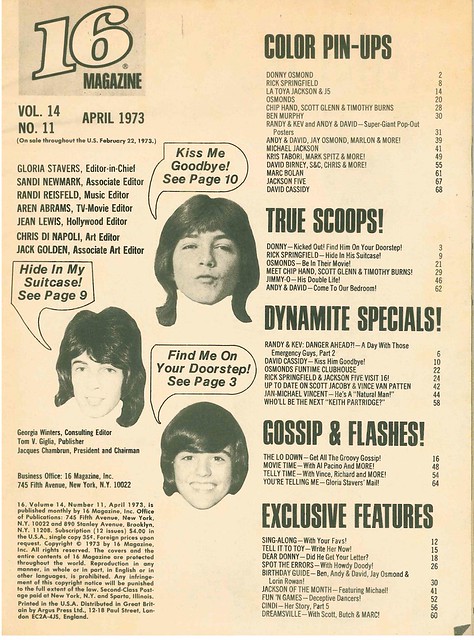 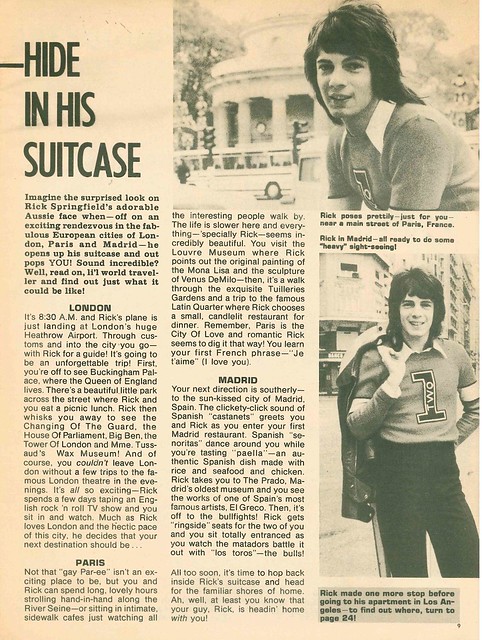 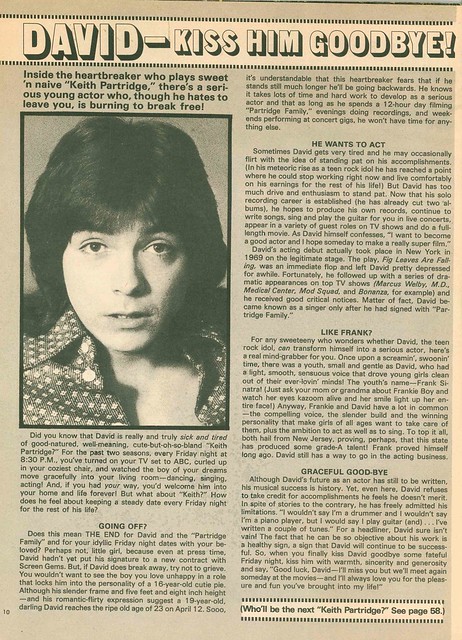 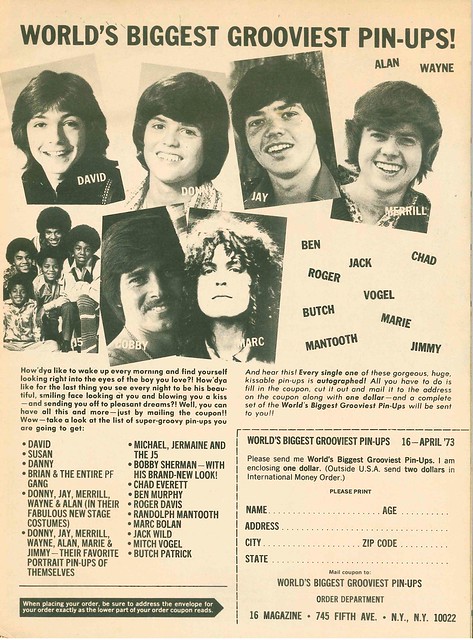 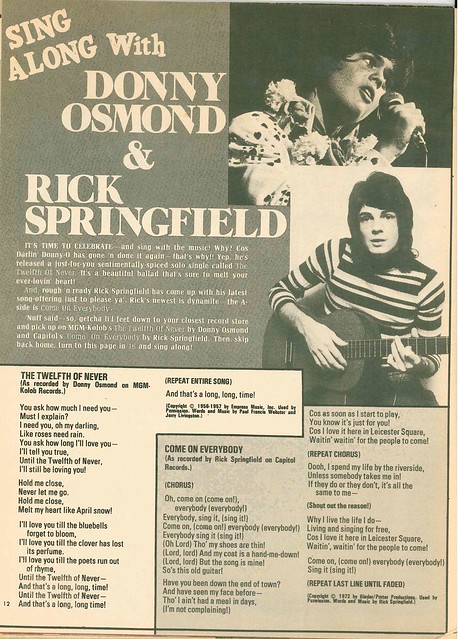 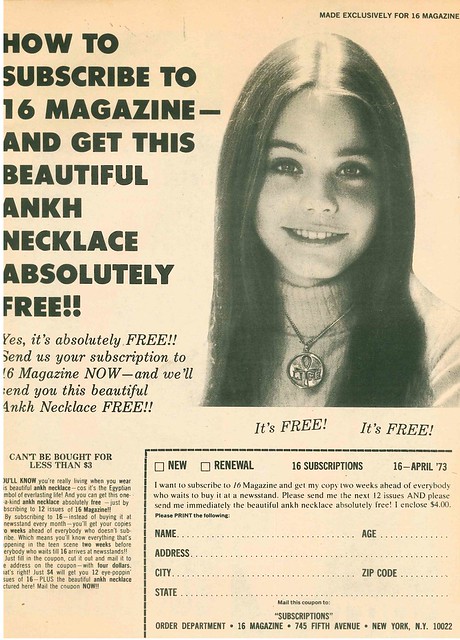 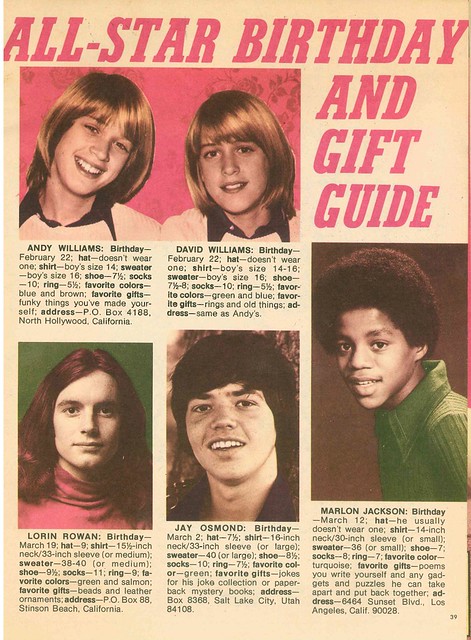 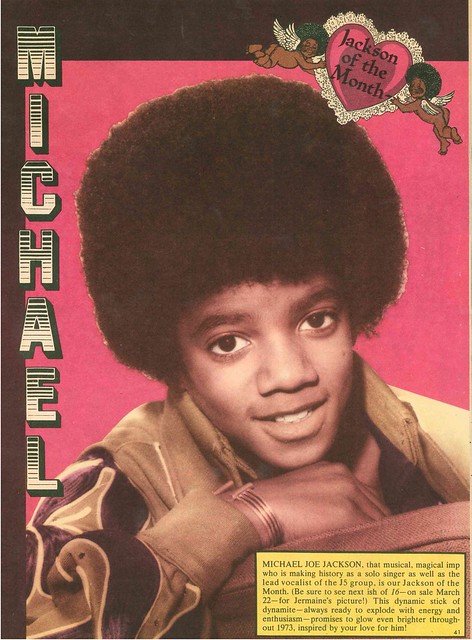 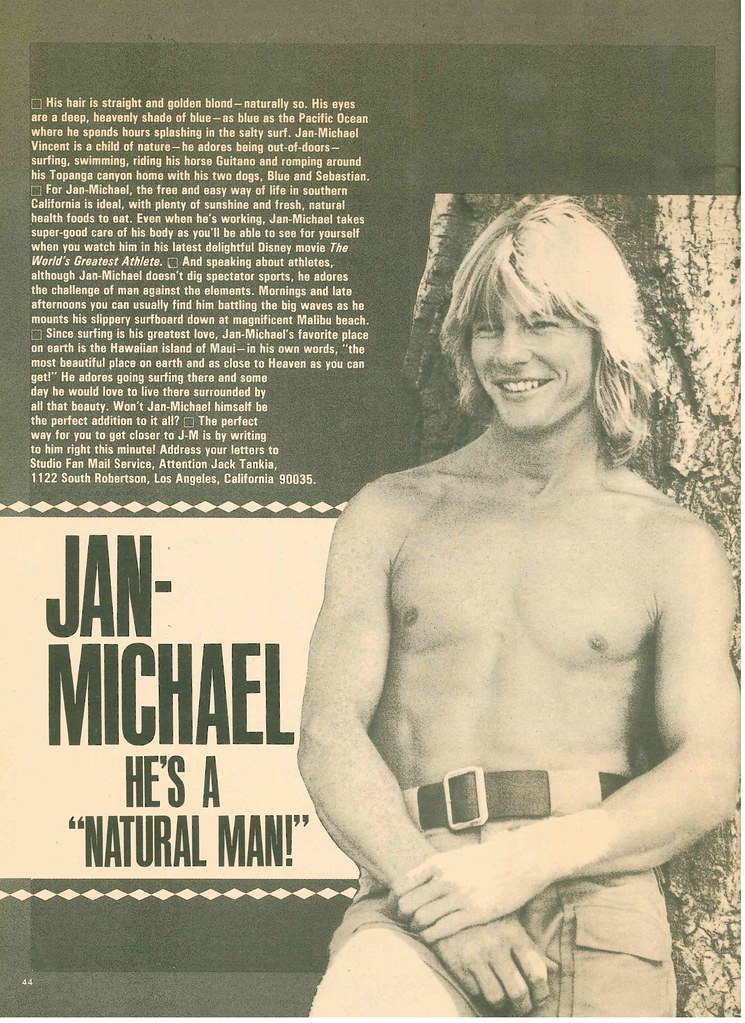 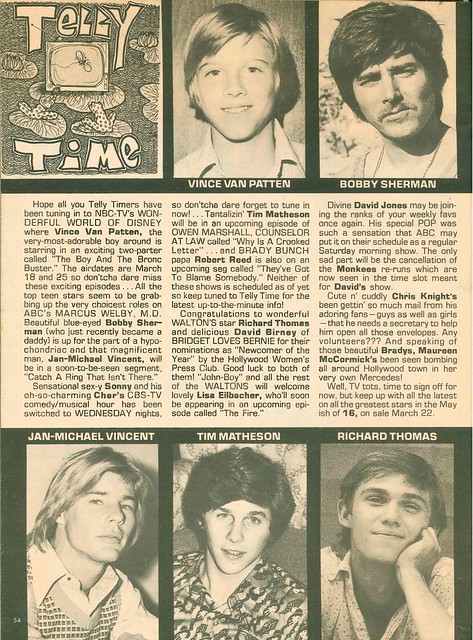 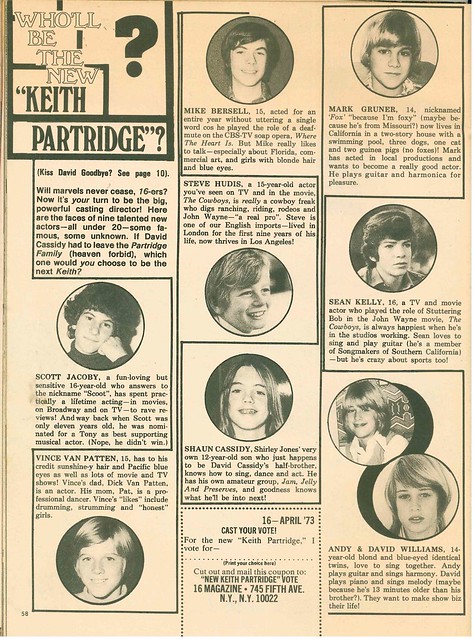 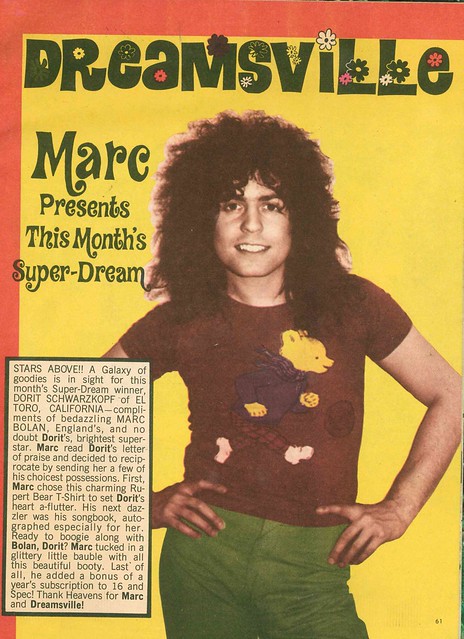 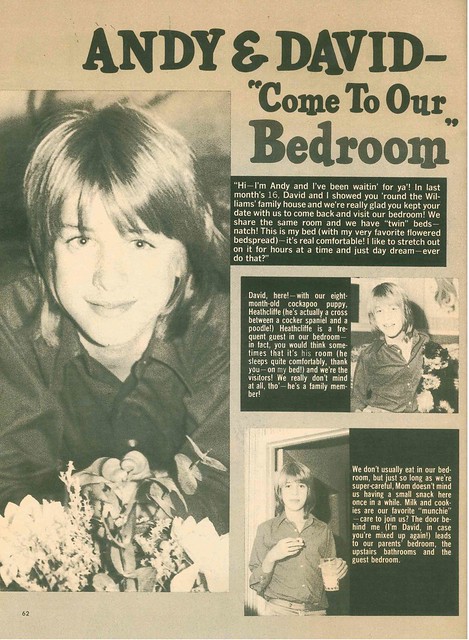 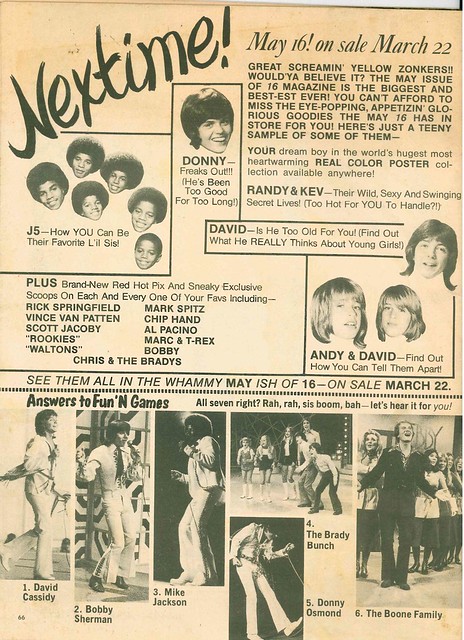 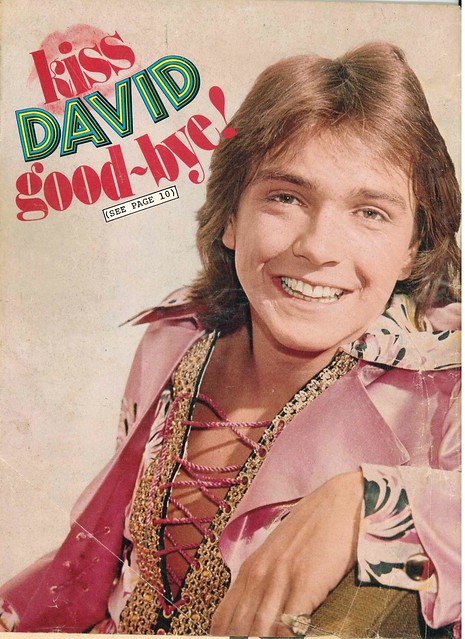