Not a large magazine this week, as we look back at a free sampler edition of Melody Maker, which was free for one week only as it changed to an A4 sized publication.

This edition saw Cerys Matthews as the cover star.

As you open the magazine, there is an editorial explaining the new look, as well as a look at some classic Melody Maker covers.

There is an article called Maker Breakers, detailing the breakthrough acts interviewed by Melody Maker in 1999 such as Groove Armada, Gay Dad and Muse.

Dexter Holland of The Offspring is subject of a Q and A, revealing he would watch an execution if it was broadcast on TV.

In reviews, Melody Maker went to see Travis in Aberdeen, gave four and a half stars to The Charlatans new album, while Ian Brown, Cerys Matthews and Ash were celebrity Singles Reviewers. 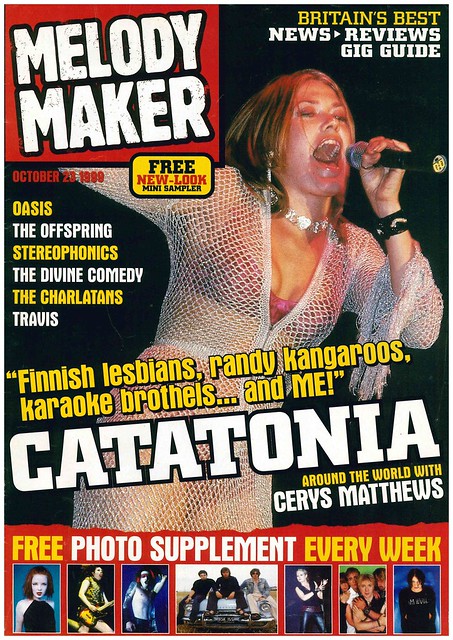 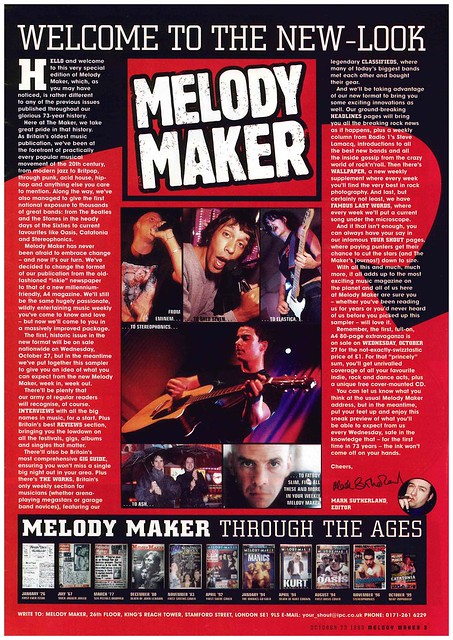 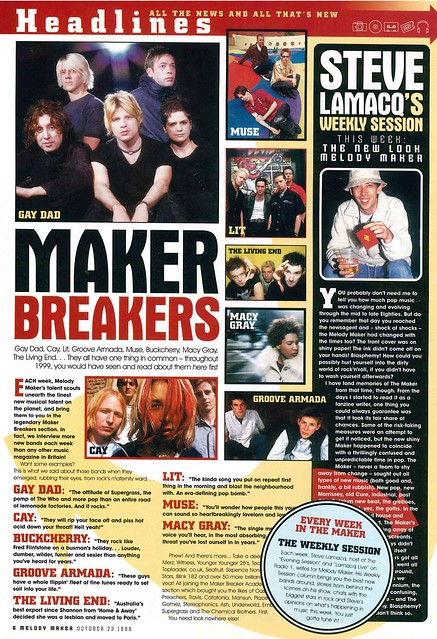 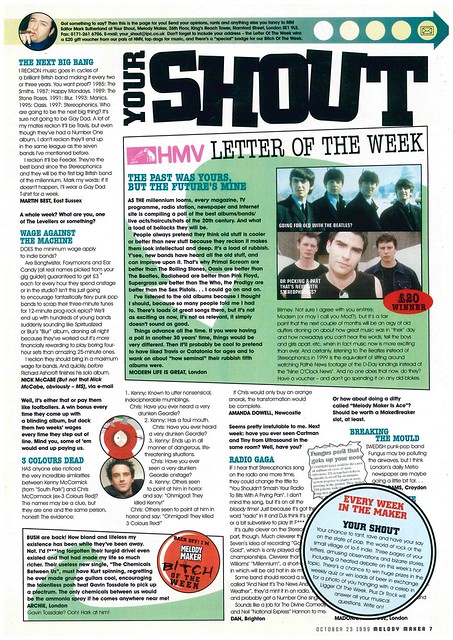 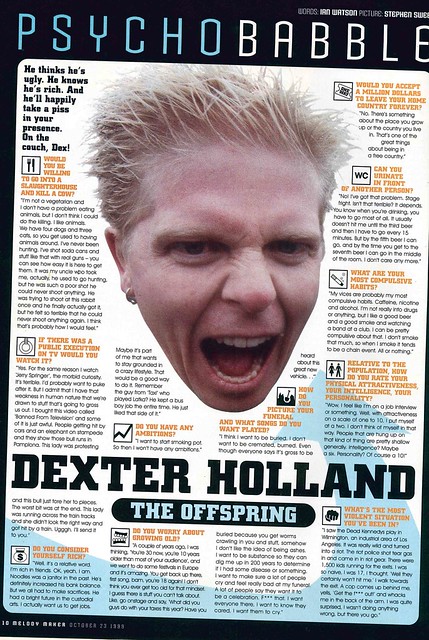 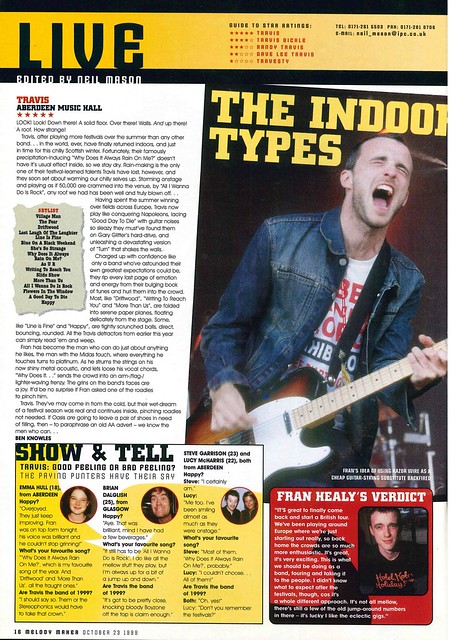 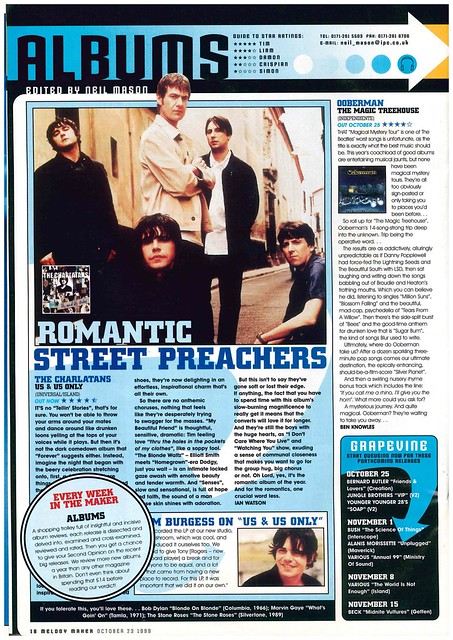 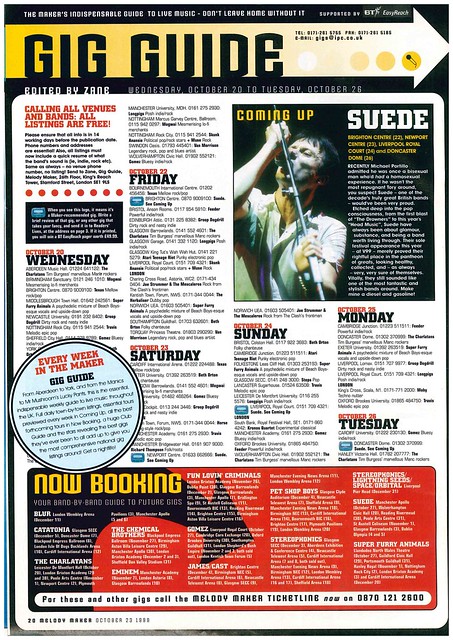 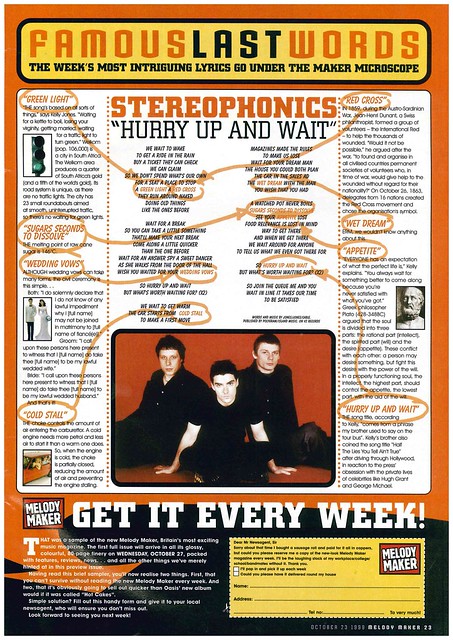