Teddy Sheringham dressed as a 1970s Medallion Man is the cover star of Manchester United’s official magazine, as he shows off the medals he won during United’s historic treble season.

In news, there is a report on United’s friendly against Omagh Town which United won 9-0. The game was arranged to raise funds for victims of the bomb in the town the previous year, while Andy Cole has launched a music career with the release of a single called Outstanding.

Cover star Sheringham gets a five page interview as he looks back on a change in fortune after a difficult first year at United which failed to bring a trophy and he got criticism from fans and press.

Mark Bosnich has rejoined United from Aston Villa, and there is a look back at his first spell at the club, and the formative years of his career.

United have just brought out a dark blue away kit, and there is a behind the scenes feature of the promotional campaign and photo shoot for the kit.

An advert for the kit appears a few pages later.

The recently knighted Sir Alex Ferguson uses his monthly column to declare himself an honourary Mancunian.

There is a review of United’s pre-season games, which includes a match against Australia. 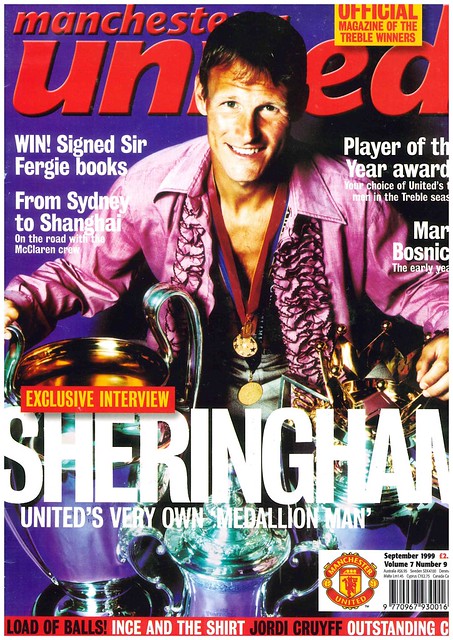 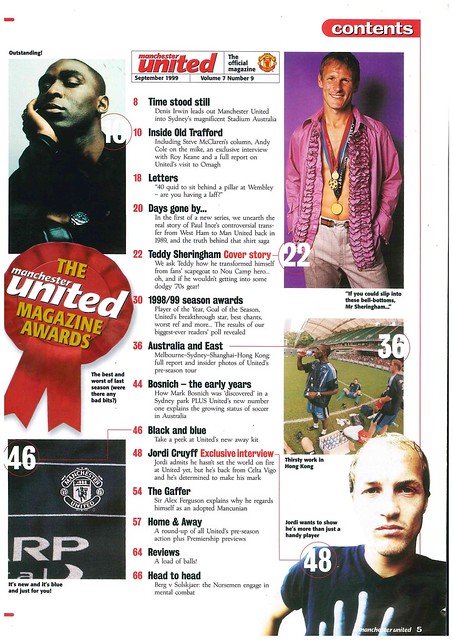 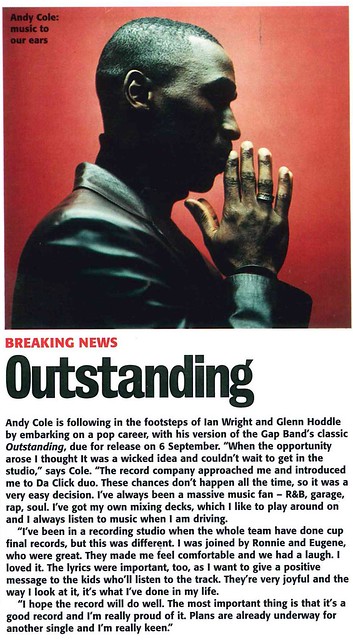 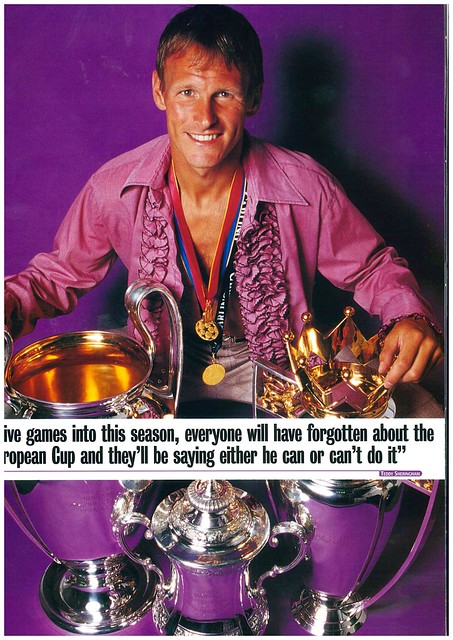 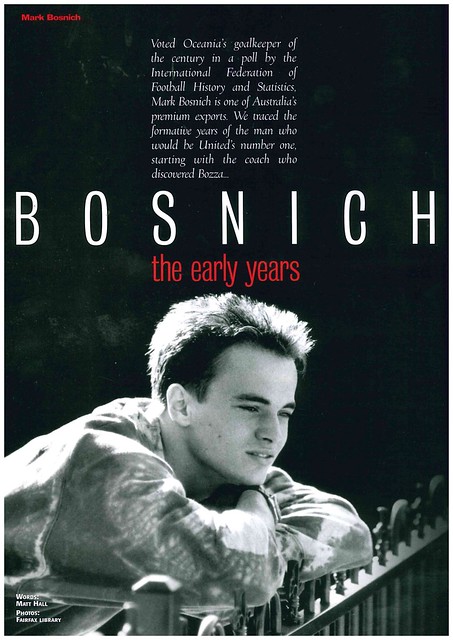 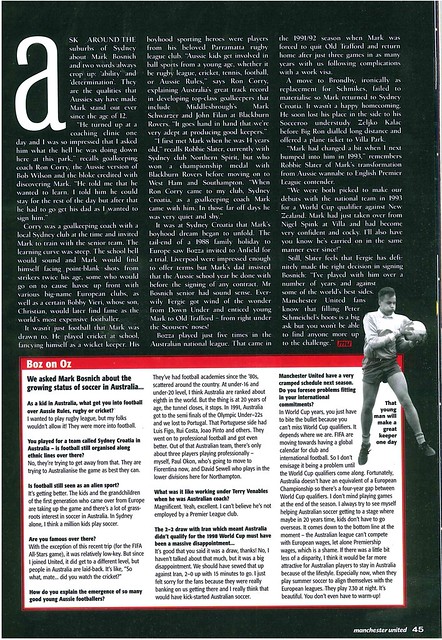 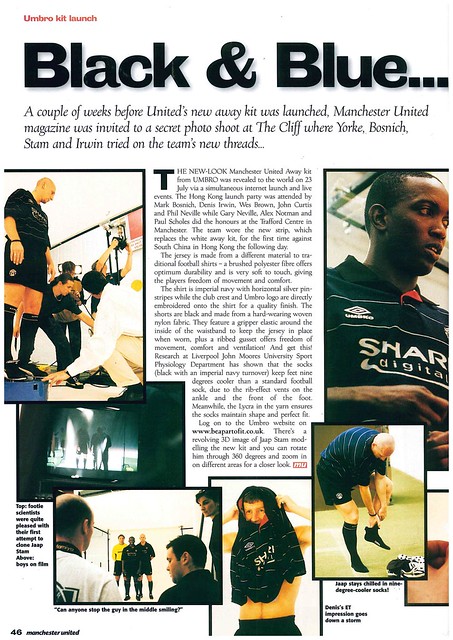 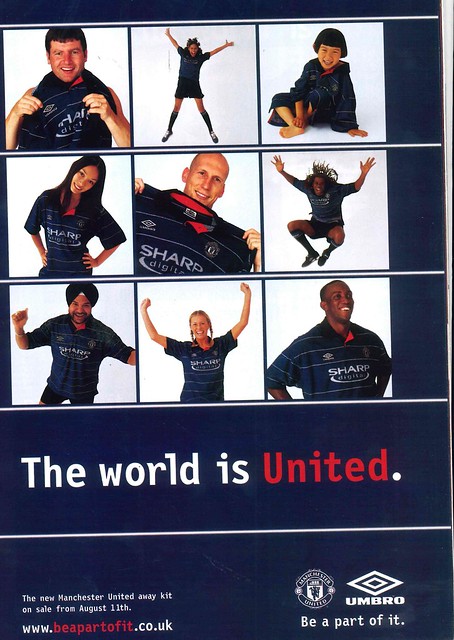 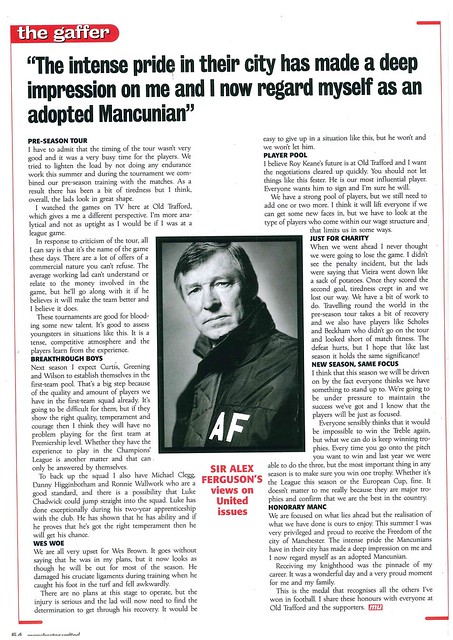