It’s the summer of 1986, and Diego Maradona, holding aloft the World Cup is the cover star of World Soccer, with Mexico 86 still a recent memory.

As you open the magazine, there is a tribute to former FIFA President Sir Stanley Rous, described as “The Father Of Football”, who was taken ill in Mexico, and died a few weeks later on his return to London.

World Soccer views Mexico 86 as a success, but the tournament was not without flaws. Having 24 teams in the finals and allowing some 3rd placed teams to qualify, in their view, encouraged Bulgaria to employ negative tactics against Argentina, as a narrow defeat would put them through.

Azeglio Vicini is the favourite for the Italy job, should Enzo Bearzot leave his job as manager of the recently dethroned champions.

There is a double page profile of Argentina’s winning squad.

France get a post-mortem, having reached the Semi-Finals for the second successive tournament, where it is declared that their glorious midfield is a thing of the past.

Denmark get previewed, but are looking forward, not back, to an upcoming friendly against West Germany as they aim for revenge against a team they beat in Mexico. Why revenge? West Germany manager Franz Beckenbauer described their style of play as primitive.

England’s post-mortem focuses om the future of Bobby Robson, with writer Eric Batty saying he must stay in the job.

Bayern Munich get a double page feature as they aim to win the European Cup. They came close, losing to Porto in he final that season.

There is a feature on two young Scottish managers in big jobs, Kenny Dalglish who won the League and FA Cup in his first season as Liverpool manager, and Graeme Souness, given his first job at Rangers, and caused a stir by calling them the biggest club in Britain.

In Yugoslavia, Partizan Belgrade have been stripped of the league title as a result of alleged match fixing.

The draws for the 1st Round of the three European trophies are reviewed, with the tie of the round being the meeting of PSV Eindhoven and Bayern Munich in the European Cup.

There is a feature about club football in Canada, or rather, the lack of, something which World Soccer says is vital is they want to capitalise on reaching their first World Cup. 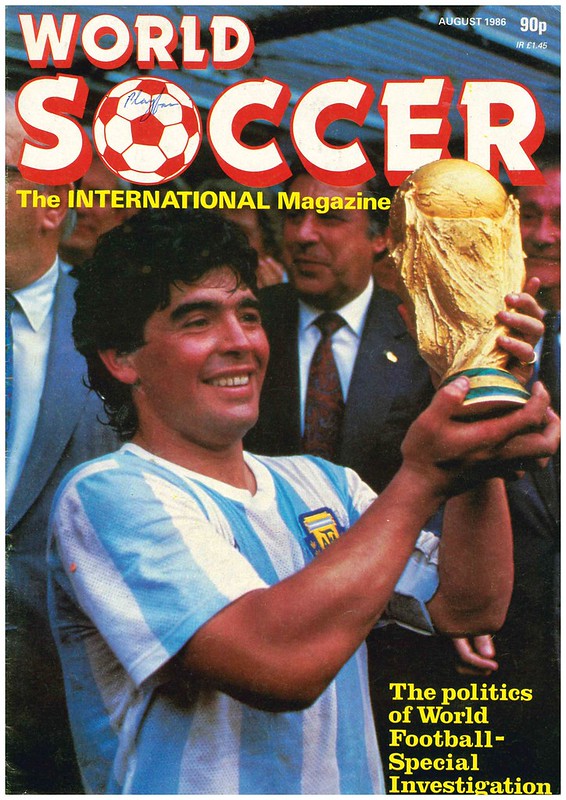 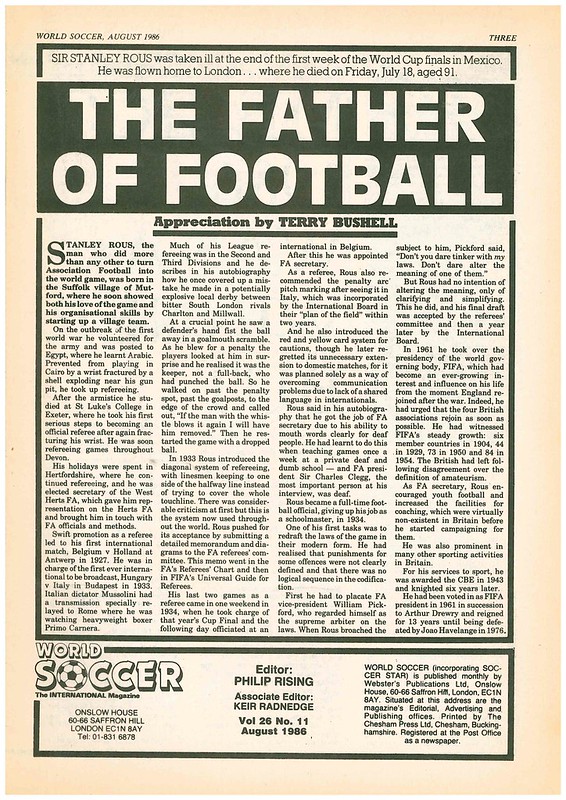 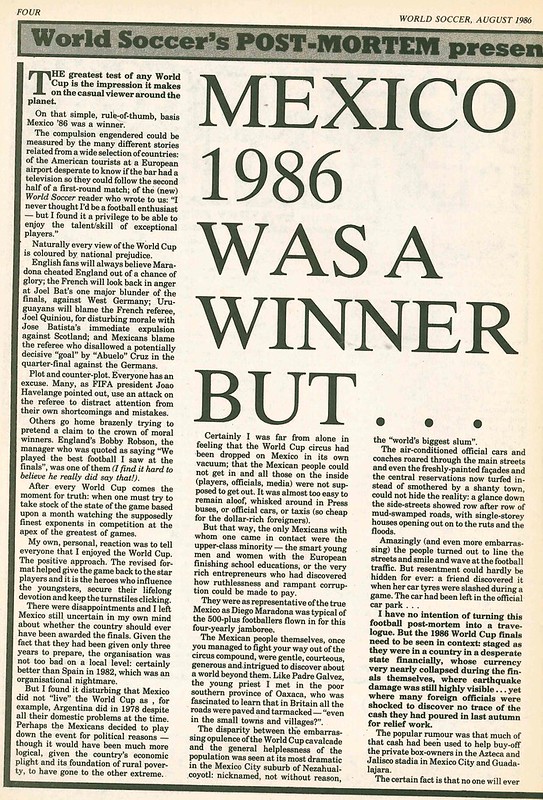 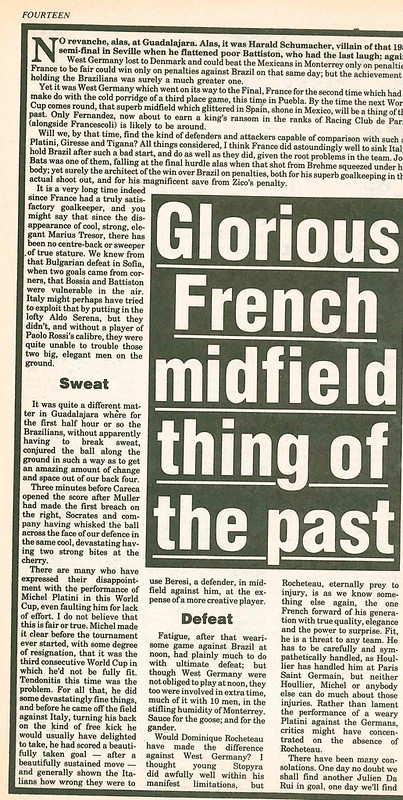 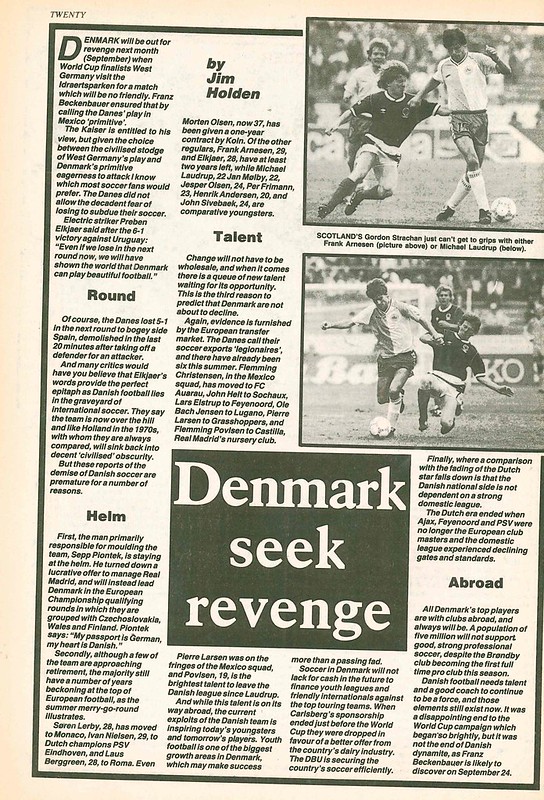 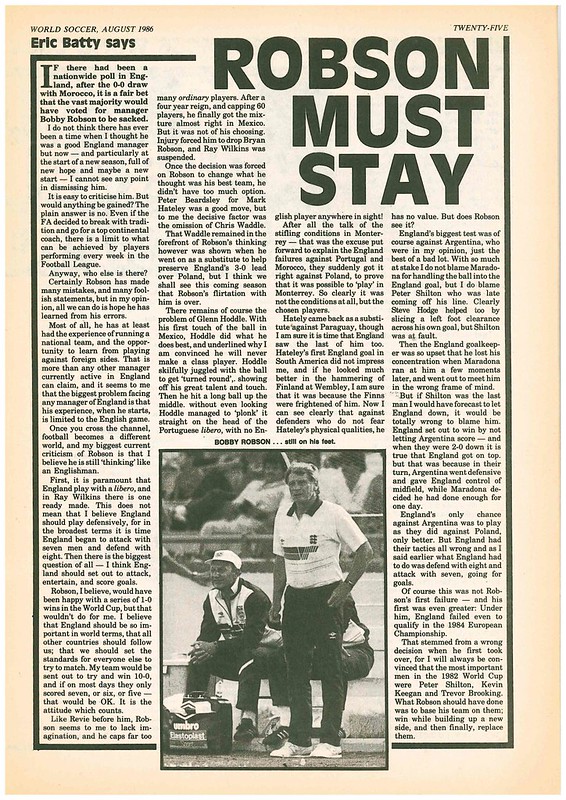 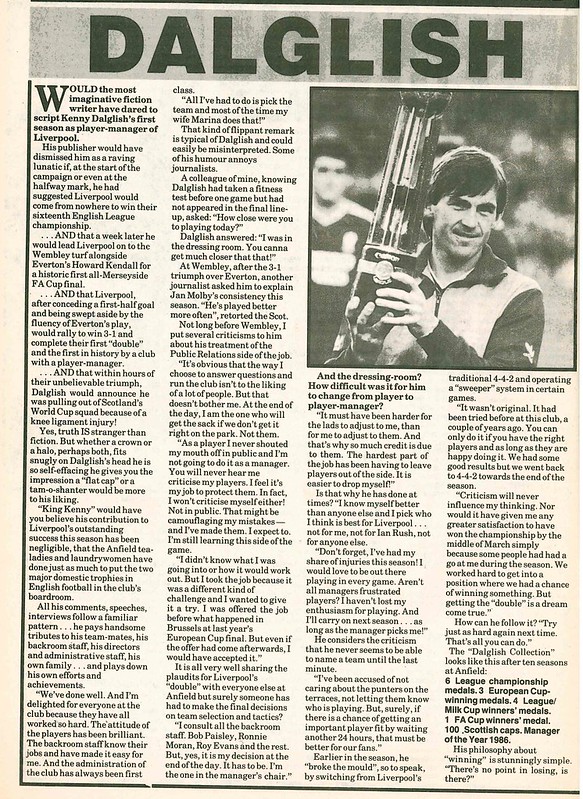 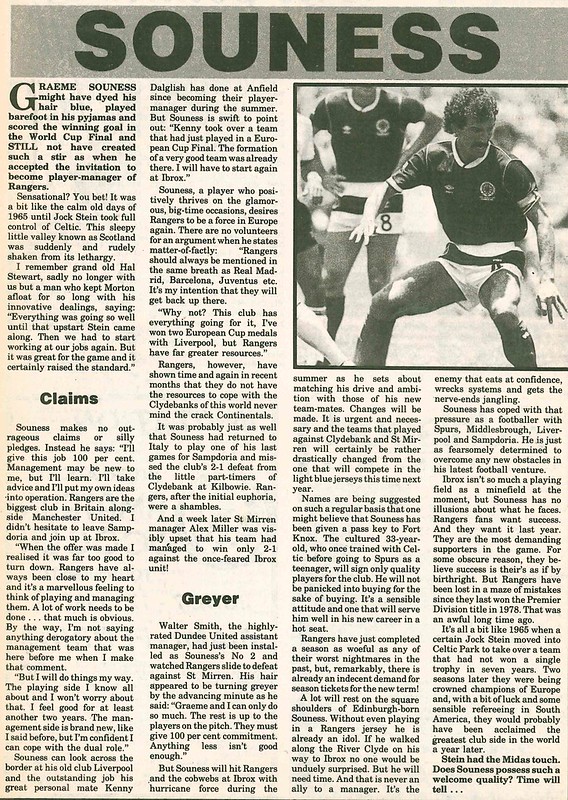 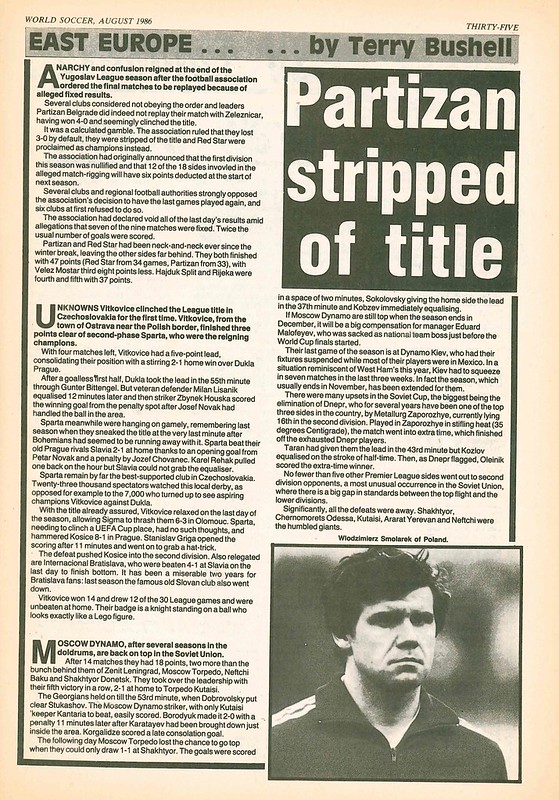 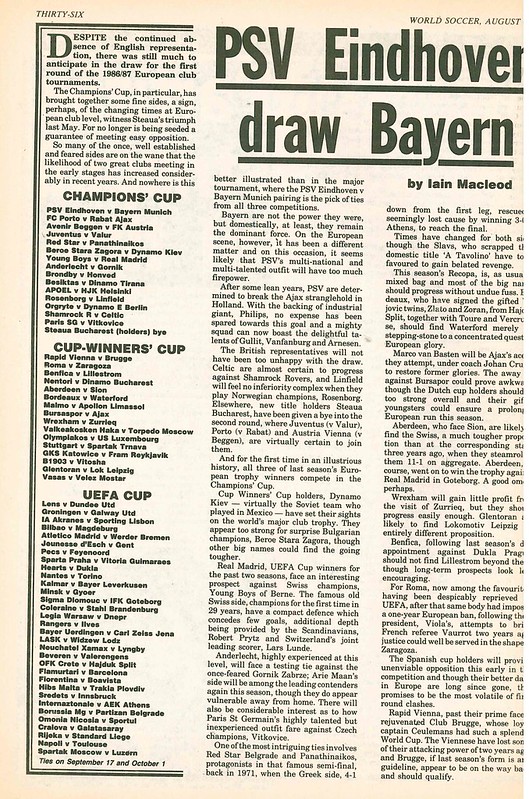 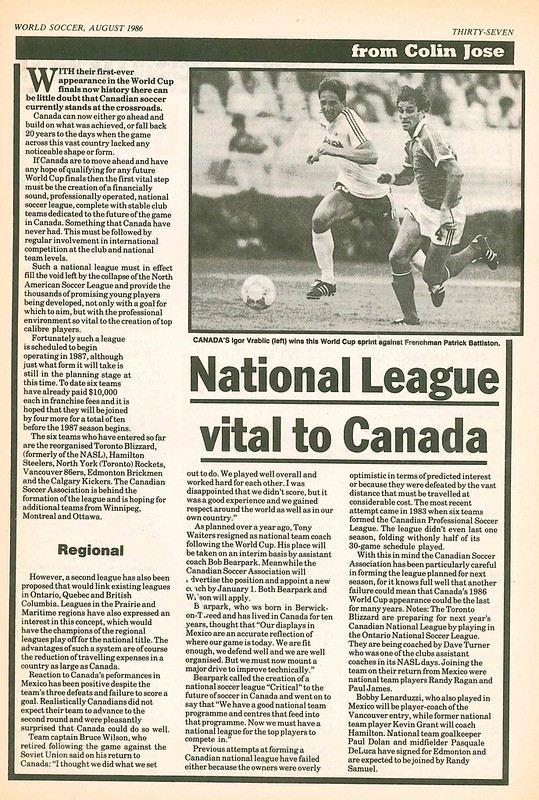 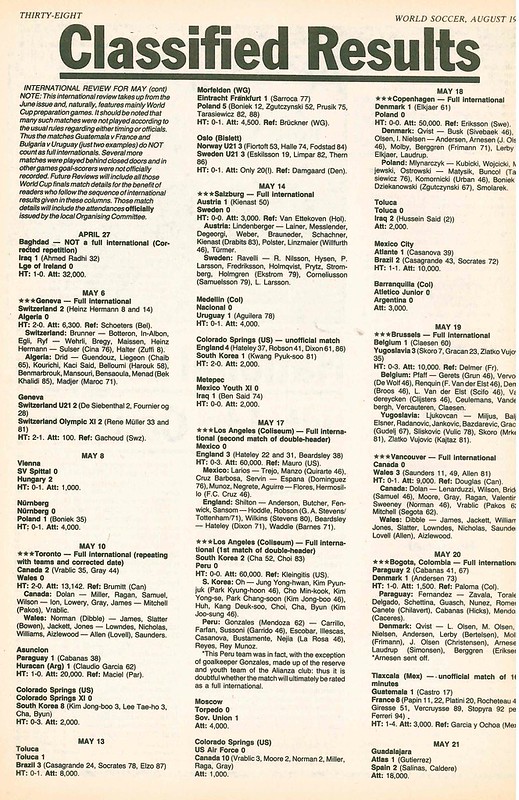