Joined by Juan Mata, Fernando Torres is the cover star of this month’s When Saturday Comes, looking back in a horrendous season for him that saw him become a European champion for club and country, top scorer in Euro 2012 and an FA Cup winner.

Euro 2012 dominates this edition, with a day by day diary of the competition, looking back at every game, including a photographic look at how fans watched the tournament in the UK, while there was a feature on those who did travel to Poland and Ukraine, where the welcome for travelling fans wasn’t as bad as feared.

There is a look bad at some of the tournament’s failures, with group stage exiters Holland and Russia getting full page features on their failure.

Underdogs get profiles, with Republic of Ireland and Greece getting a full page looking back at their respective fortunes, as did both finalists Spain and Italy.

There is a look forward to Euro 2016, with sceptical analysis on the decision to increase the tournament from 16 teams to 24 teams.

In club football, there is a look at Harry Redknapp’s sacking as Tottenham Hotspur manager, and the polarising nature of the reaction to his departure from fans and media. 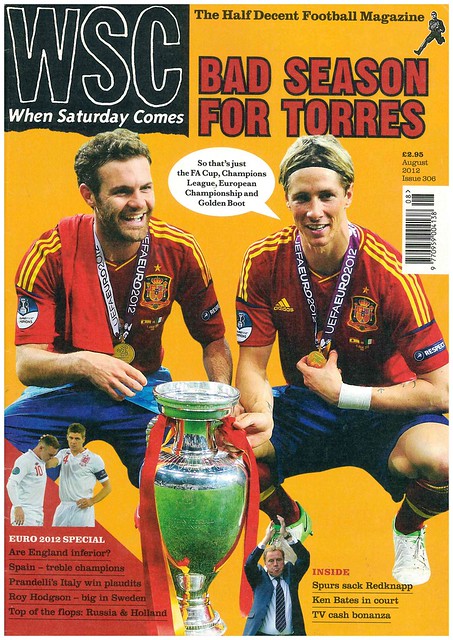 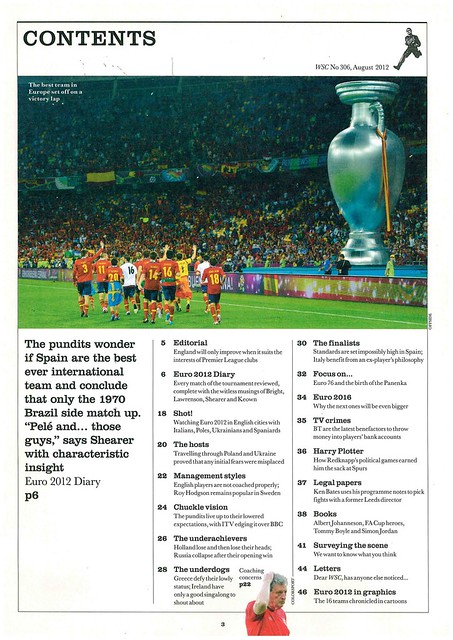 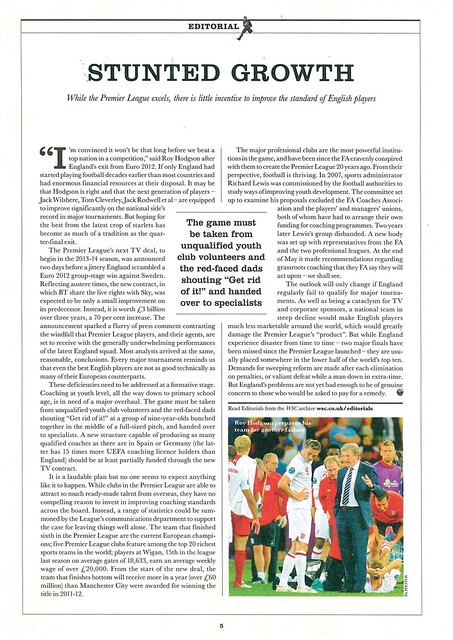 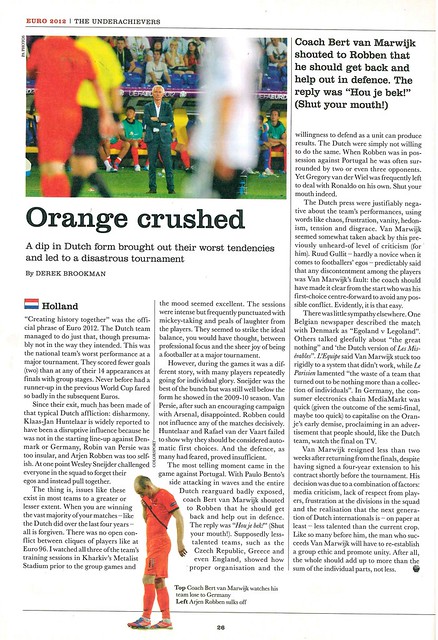 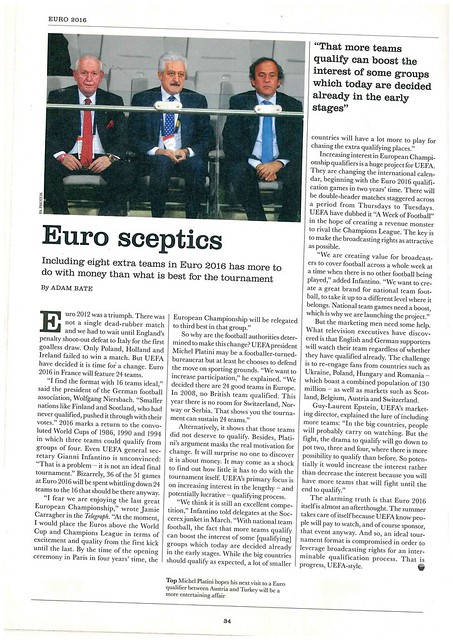