Dundee United take on Barcelona in the Quarter-Finals of the UEFA Cup, and this is reflected on the cover of Match, with both sides represented.

There is a double page profile of the game, as well as a list of all the Quarter-Final games in the three competitions across Europe.

Alan McDonald answers questions from readers about plastic pitches, as his club QPR plays on one.

Another big debate is Play-Offs, introduced in 1987, with Match interviewing players and managers from clubs who could be affected on what they think of the idea.

Colin West gets a full page to tell Match he intends on staying at Rangers, while there is a full page profile of Manchester United player Nicky Wood, while Norwich City and Nottingham Forest get club profiles.

In Scotland, Graeme Souness isn’t coming out of international retirement. Also not playing for Scotland is Australian born Craig Johnston, who turned down the opportunity to play for Scotland.

Staying in Scotland, there is a full page profile of new Celtic signing Anton Rogan, who says he enjoys living in Glasgow more than living in Belfast.

As the season enters it’s final stages, Match gives it’s predictions for how the season will end, revised from their prediction in August. 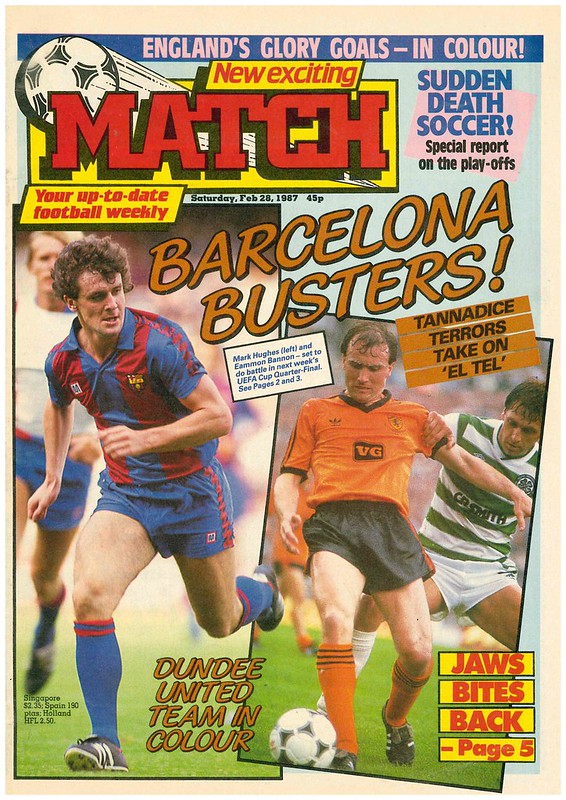 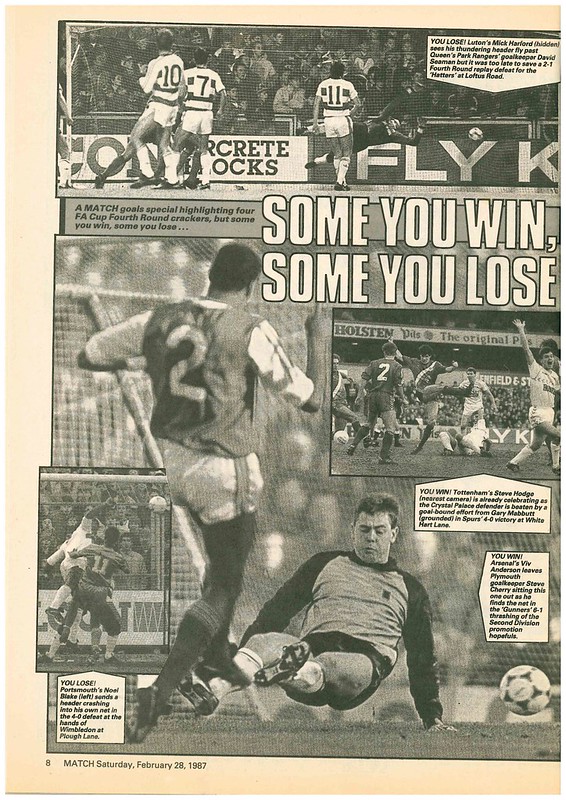 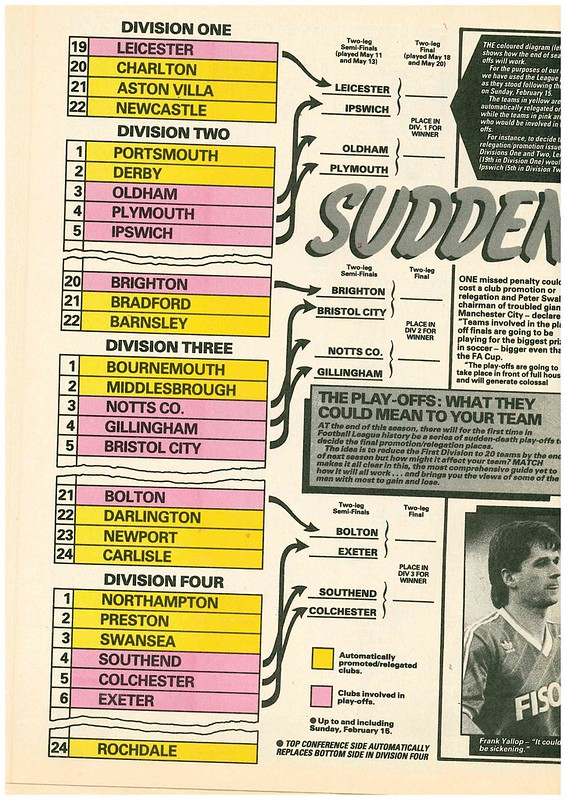 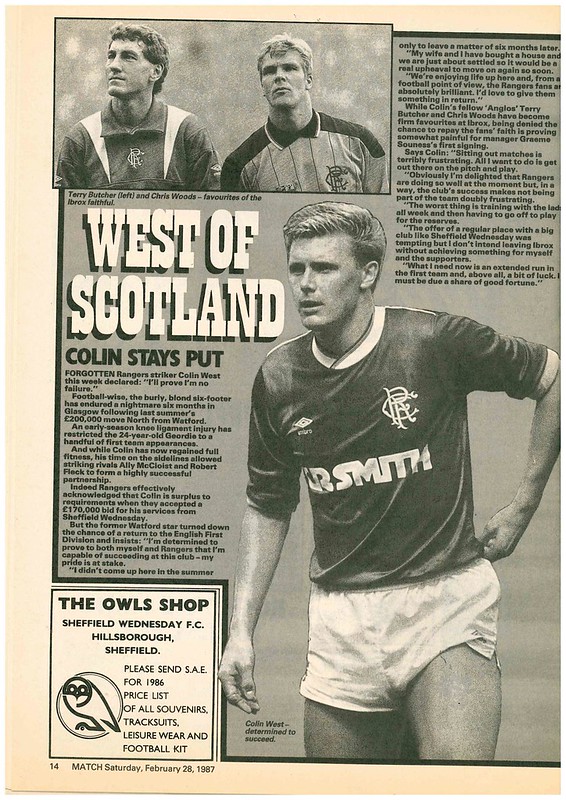 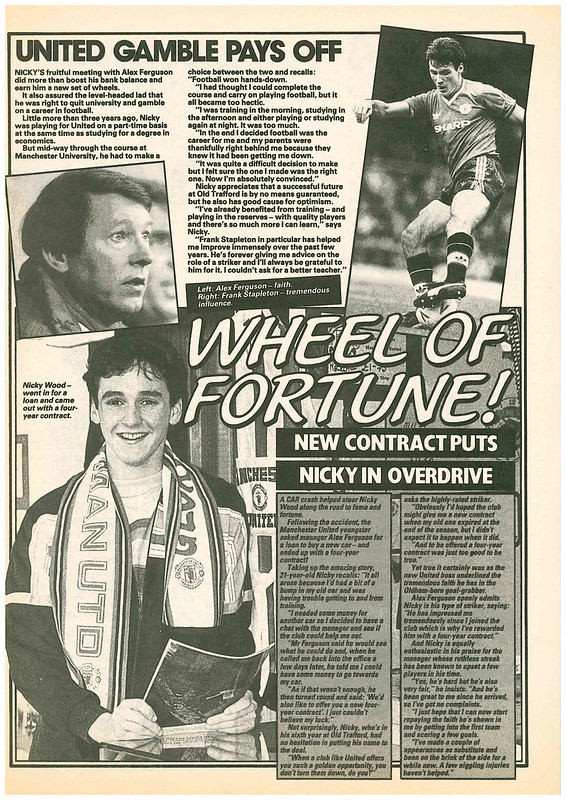 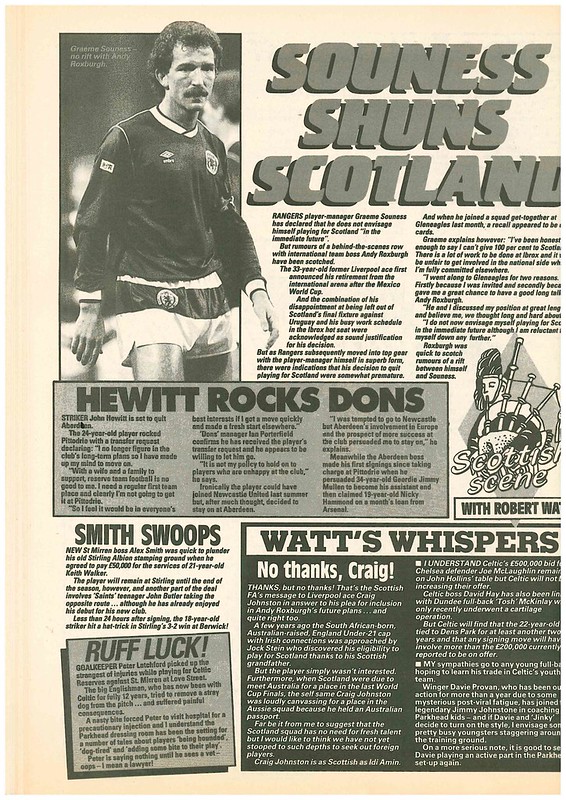 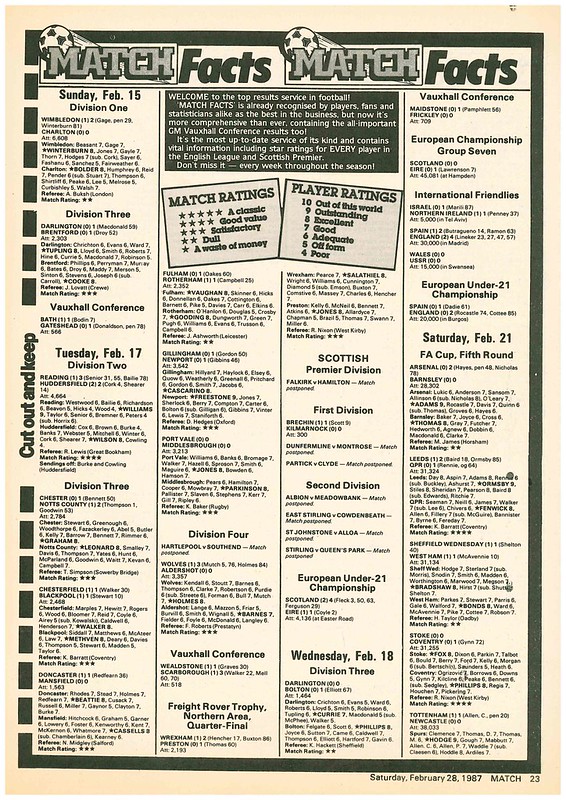 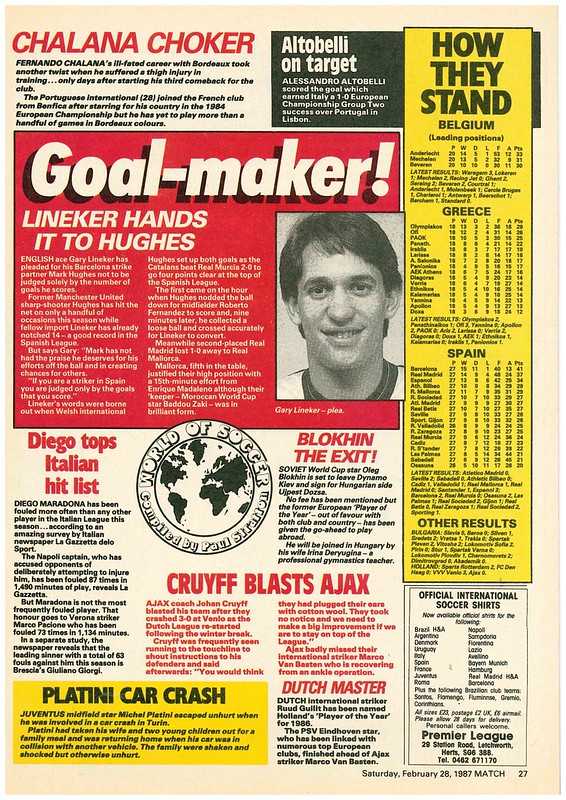 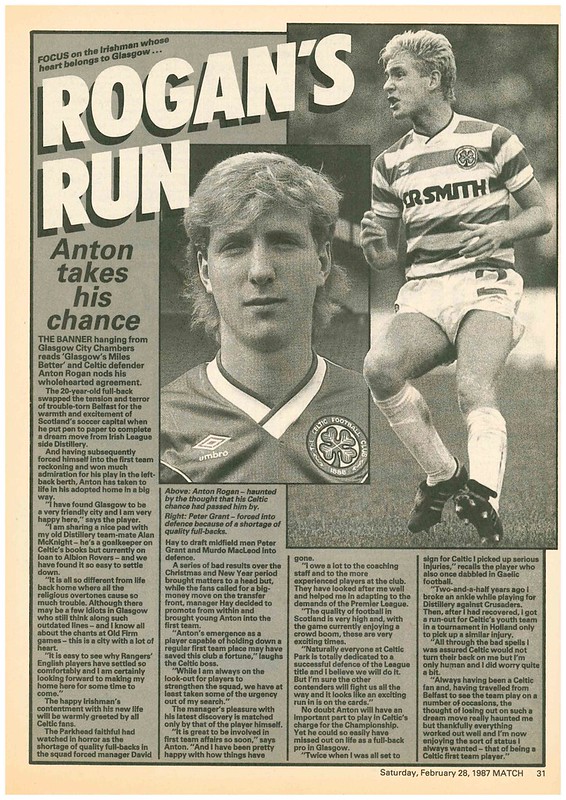