In adverts, you could be the proud owner of a Manchester United Visa Card.

There are interesting fortunes for United players on international duty. Peter Schmeichel has recorded a single to gee up his Denmark team-mates, while Phil Mulryne scored on his Northern Ireland debut.

In Reviews, there was a review of Premier Manager 97, while in promotions, you could get 24 cans of Red Tribe Lager for only £19.99.

Back to international football, Gary Neville and David Beckham do a diary while they were away on international duty for England’s World Cup Qualifier against Italy.

There are reviews of United’s recent games against Arsenal, Chelsea, Coventry and FC Porto.

As the season is entering the final stages, there is a preview of the title run-in, with United and all the other contenders being assessed.

The magazine ends with Peter Schmeichel taking questions from fans, and believes that recent Coronation Street plots are wild and out of hand. 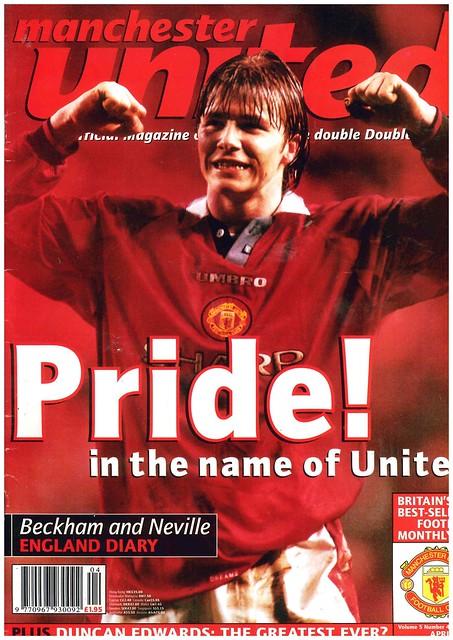 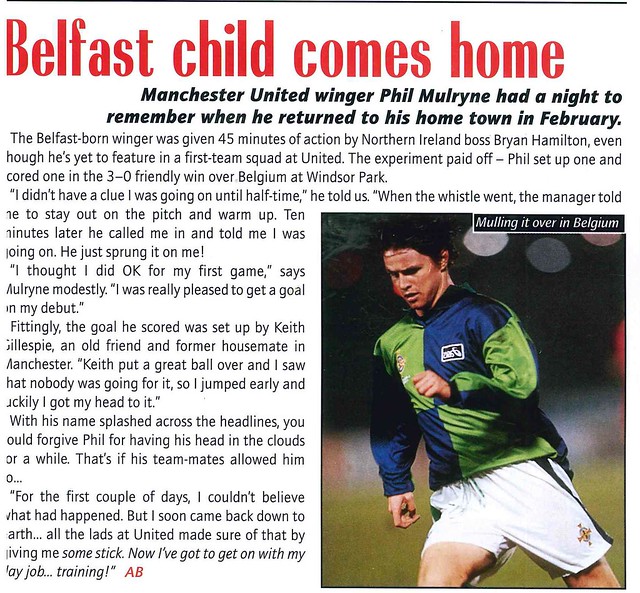 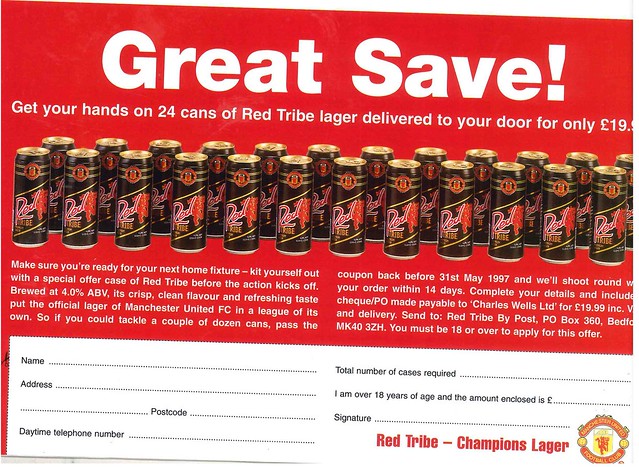 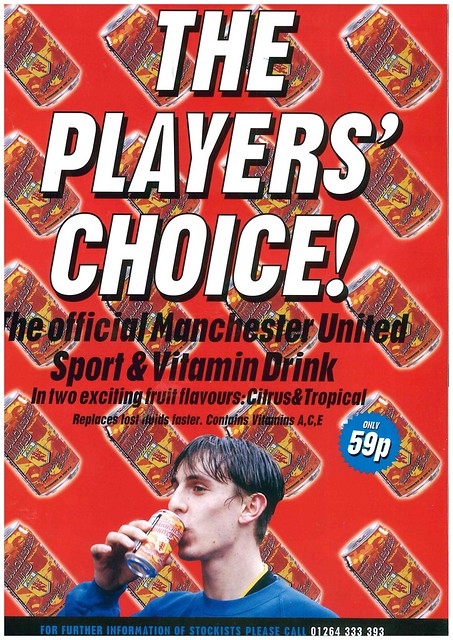 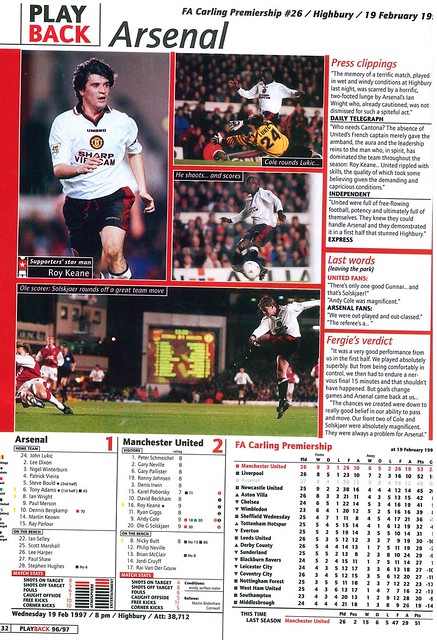 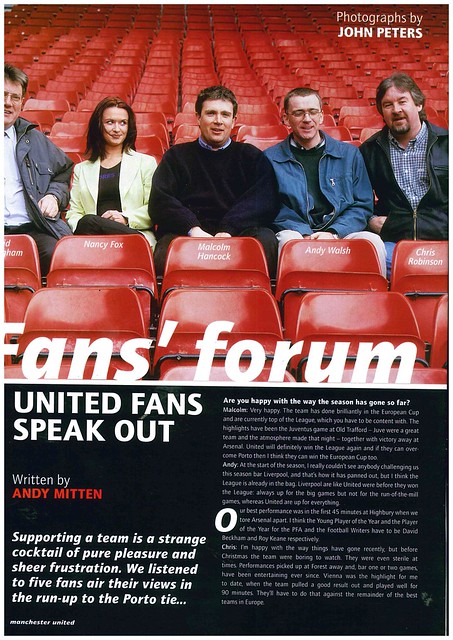 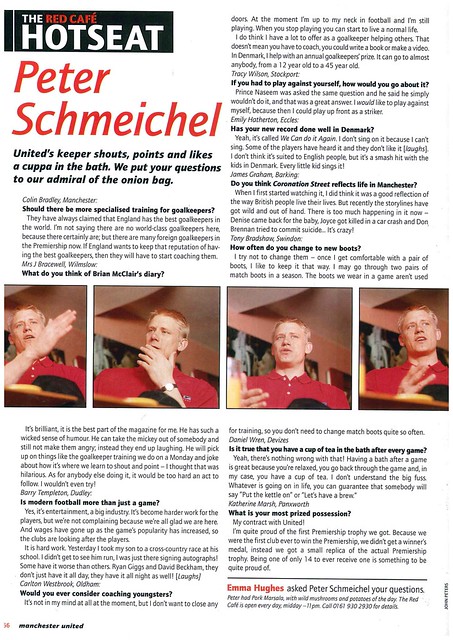