Jimmy Case of Brighton is the cover star of this edition of Match, previewing the FA Cup Semi-Finals, where Brighton face Sheffield Wednesday while Arsenal look to avenge their League Cup Semi-Final defeat to Manchester United by beating them in the FA Cup.

As you open the magazine, there are two double page previews of the two FA Cup Semi-Finals.

In adverts, Steve Coppell is used to promote books on careers advice for people whose goal is a good job.

Alex McLeish is the subject of this week’s profile, revealing that his favourite singer is Phil Collins and his footballing ambition is to win a European trophy with Aberdeen.

The two Semi-Finals in Scotland are profiled, with Hibs star Alan Rough predicting that Celtic will beat Aberdeen and that Rangers will beat St Mirren.

Graeme Souness begins his column by apologising to Brighton fans, as he believes that they will lose their FA Cup Semi-Final to Sheffield Wednesday.

Gary Shaw of Aston Villa is doing predictions, up against a Villa fan from Essex. Shaw hopes that Wednesday beat Brighton in the FA Cup Semi-Final as Wednesday have a couple of ex Villa players.

Meanwhile, Frans Thijssen is leaving Ipswich Town to join Vancouver Whitecaps, and he looks back at his time in England.

Match visits the home of Sheffield Wednesday star Andy McCullough, photographing him as he rides a neighbour’s horse through rural Derbyshire.

The magazine ends with a profile of new Scotland cap Richard Gough, who revealed that he almost quit football after being homesick for South Africa, where he grew up. 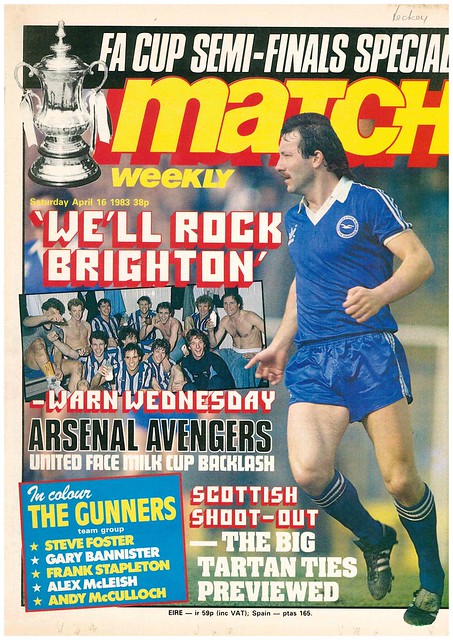 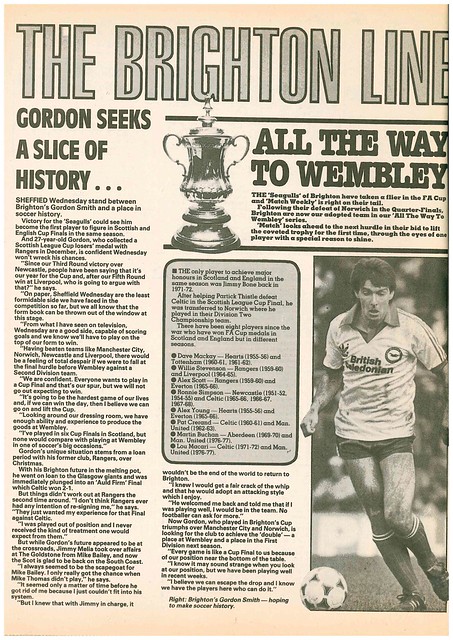 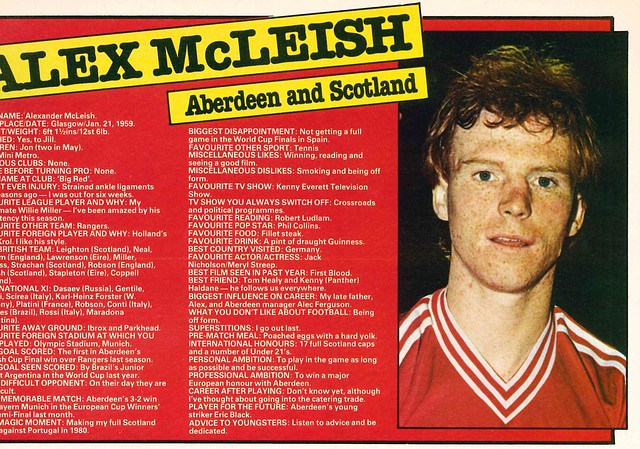 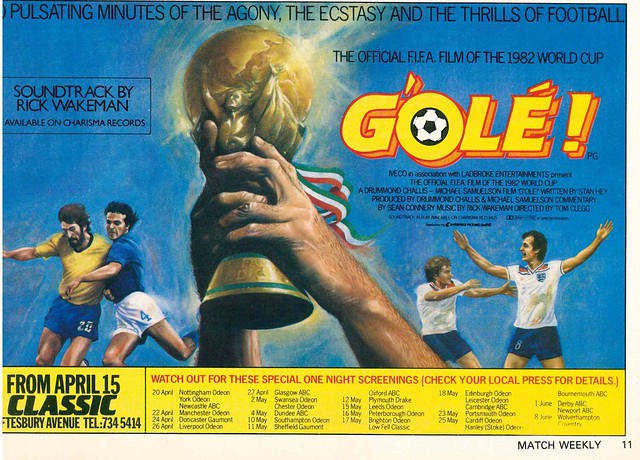 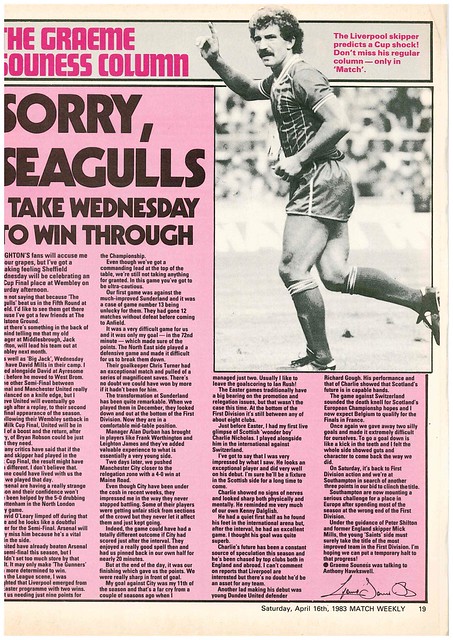 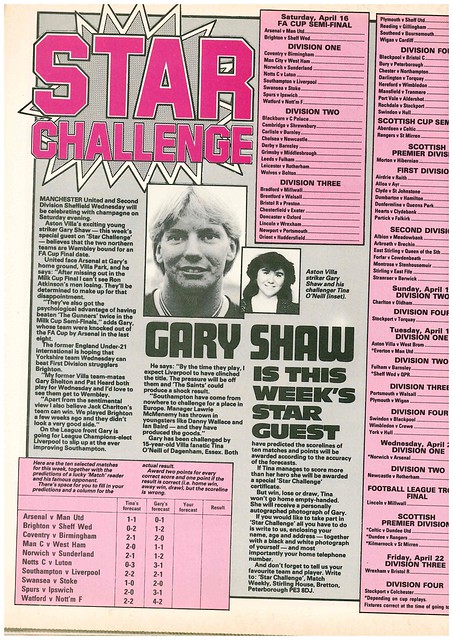 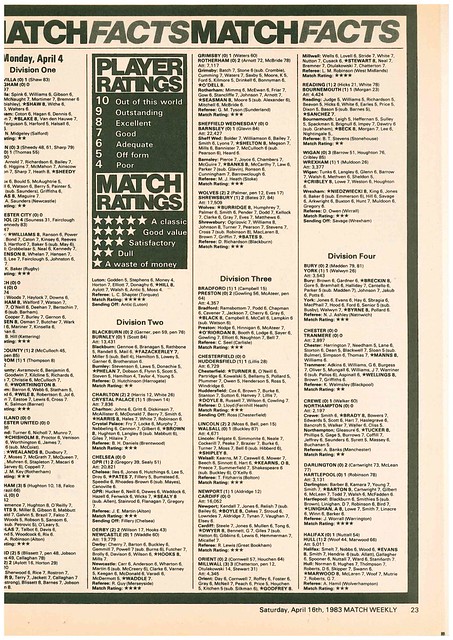 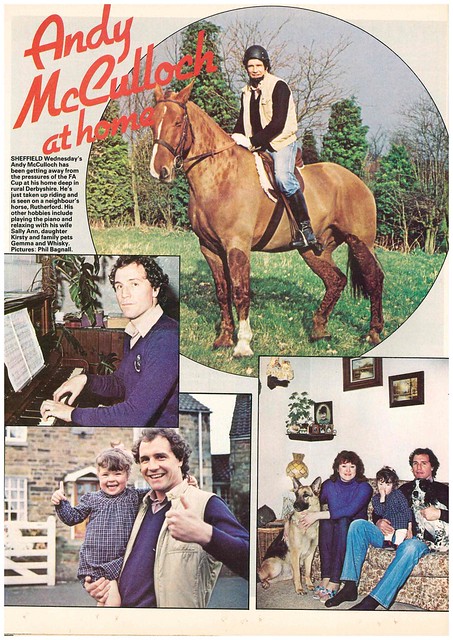