Ryan Giggs is the cover star of Manchester United’s official magazine as United return to European football after a Winter break with a European Cup Quarter-Final against Monaco.

Cover star Giggs gets a four page profile, who reveals that he would be surprised if United don’t get past Monaco, despite describing Monaco as a good team.

Also getting profiled in this magazine is Roy Keane, as he aims to come back from a serious injury, one that would keep him out for the rest of the 97/98 season.

Monaco get a three page profile, looking at some of their key players which includes future United star Fabian Barthez.

Paul Parker gets interviewed as he looks to find himself a new club, trying to avoid being on the footballing scrapheap at the age of 33. He was most recently training with Sunderland.

There is also a review of United’s matches in January 1998.

The magazine ends with a Q and A with Andy Cole, who declares that Sean Connery is the only James Bond. 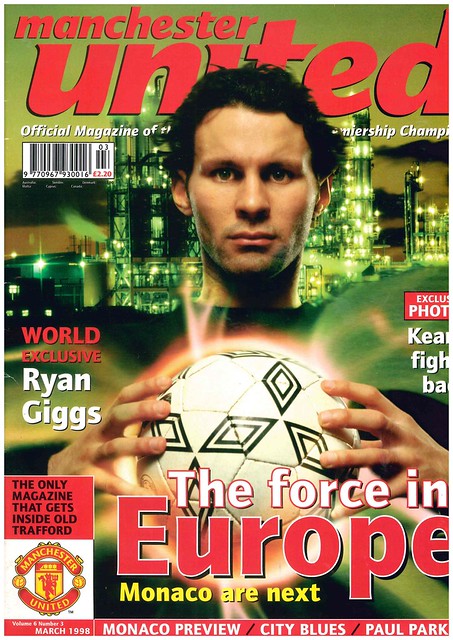 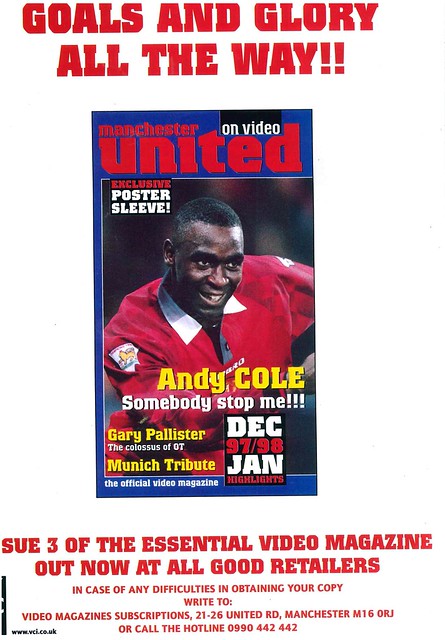 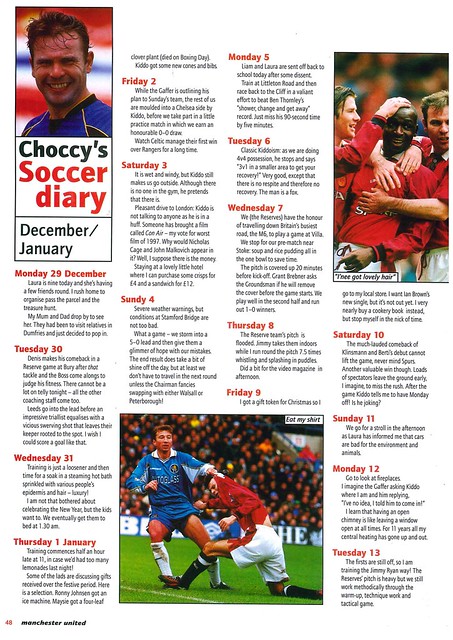 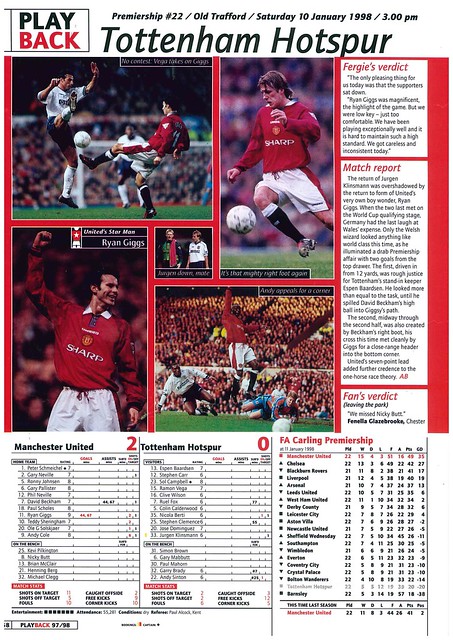 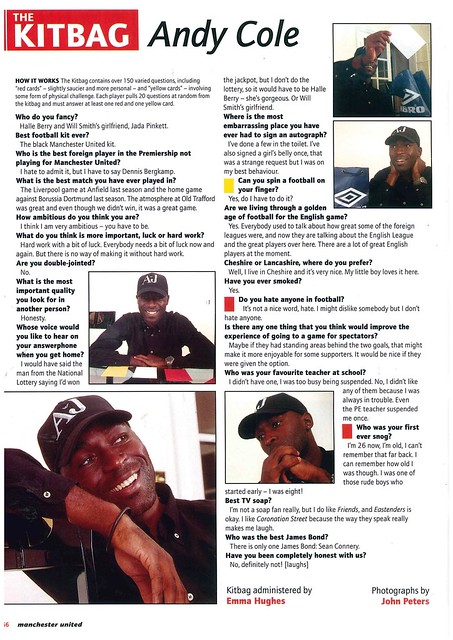 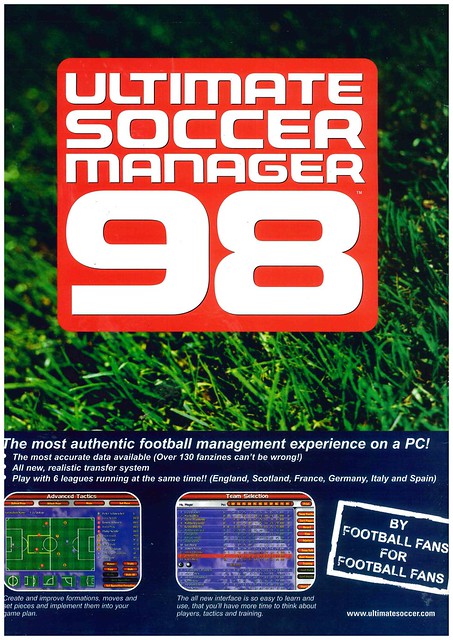