The magazine opens by asking “Where are they now?” in relation to former Crusaders stars Roy McDonald and Denis Light. The answer is, working together having formed their own insurance business, while McDonald looks after Crusaders reserve team as well.

Billy Bingham gets a column as he aims to reach the 1990 World Cup, which would be Northern Ireland’s third successive World Cup, believing that he has a nucleus of good young players such as Allen McKnight, Gary Fleming, Anton Rogan and Kingsley Black to help him achieve that.

Alan Snoddy gets a column, encouraging people to take up refereeing, and lists some of the international and European club competition games refereed by officials from Northern Ireland, including the World Cup Qualifier between Iceland and Soviet Union.

Another aspect of football getting looked at is Scouting, and Jim Emery gets profiled, looking at his career to date, and commenting on the way professional clubs treat rejected trialists which he believes isn’t healthy for the game.

Having recently had his Testimonial, George Best gets profiled and his career gets looked back on.

There is a double page feature on those who love collecting things, with one page for programmes, and one page for badges.

There is a squad list for all sixteen teams in the Irish League, while Peter Dornan is questioned about wether Irish League teams should play in European competition. He says they should, despite poor results.

The magazine ends with a poster of Glentoran, who won the League in 1988. 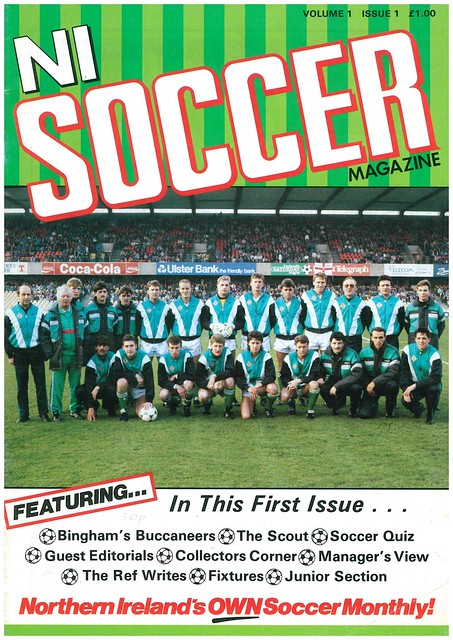 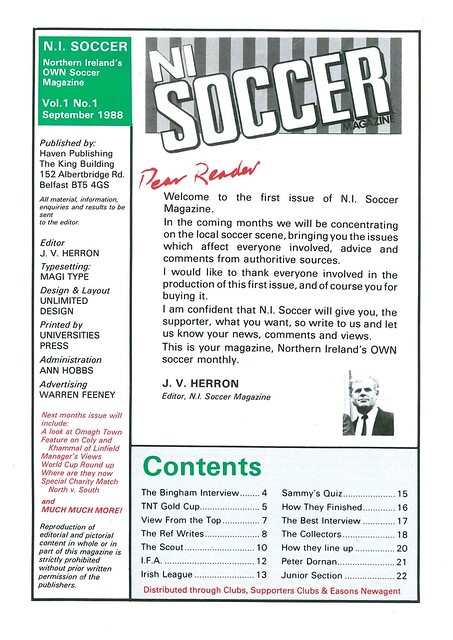 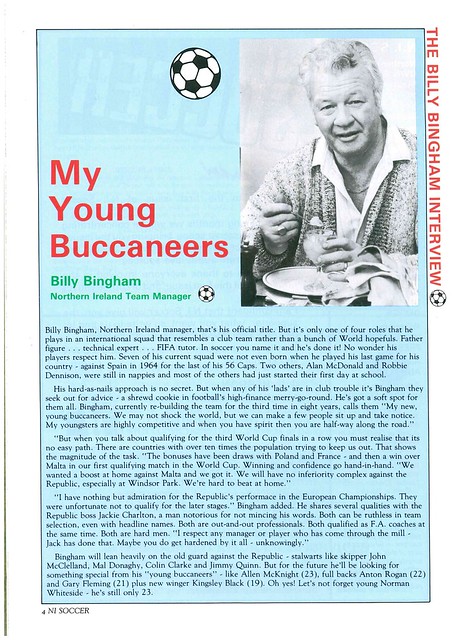 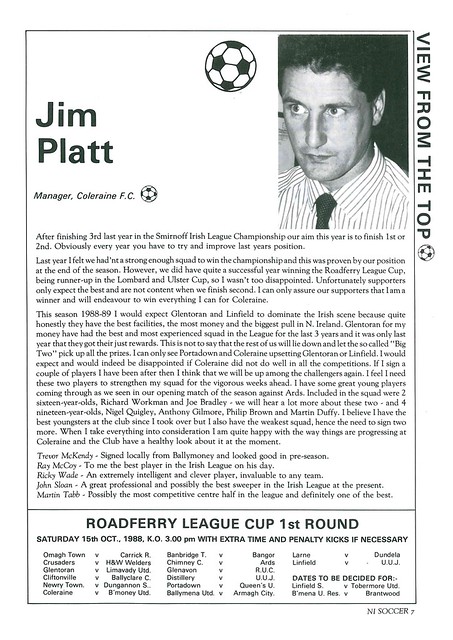 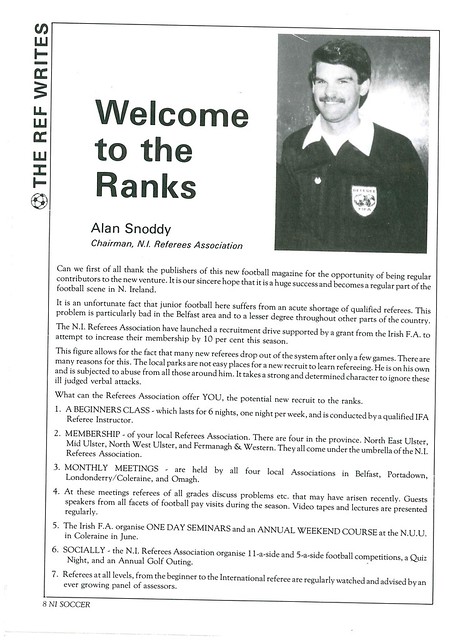 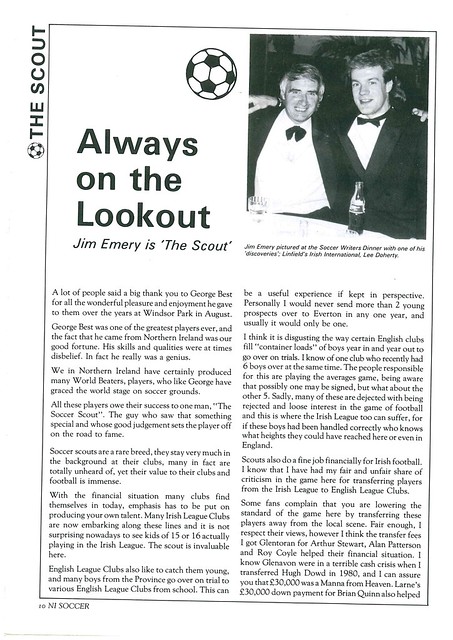 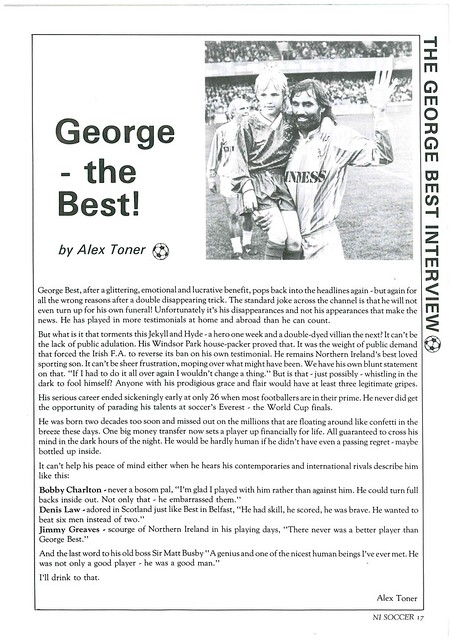 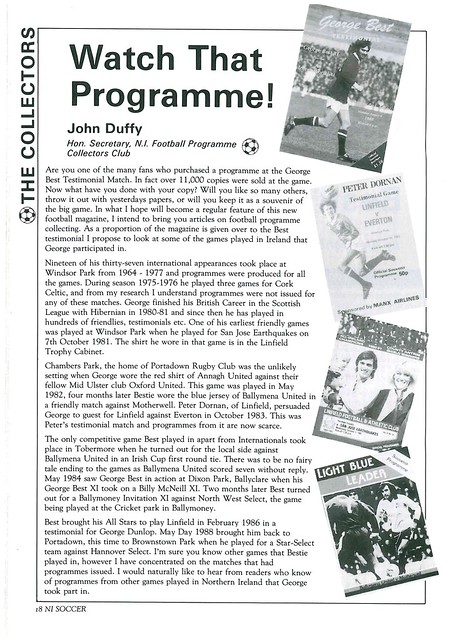 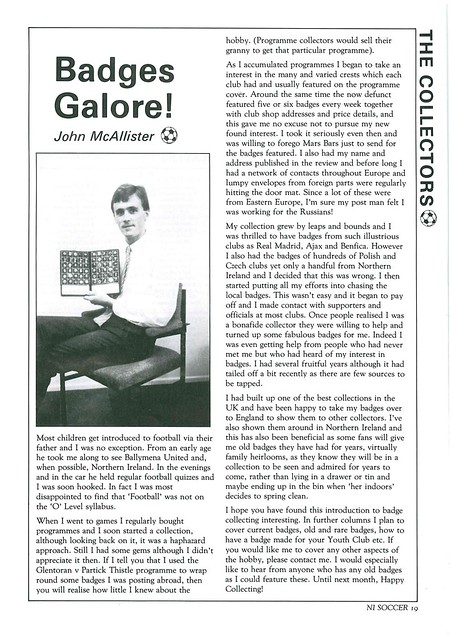 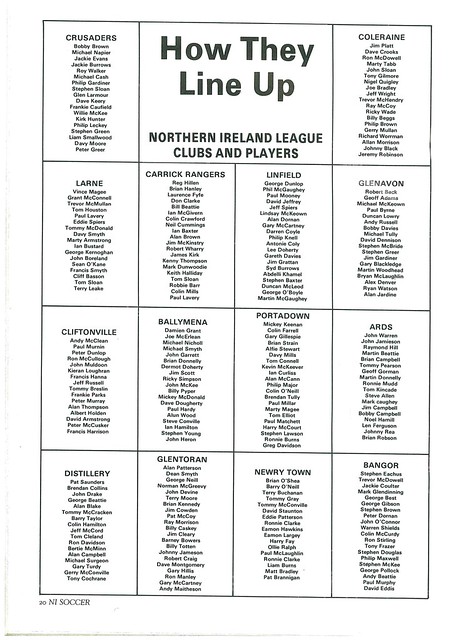 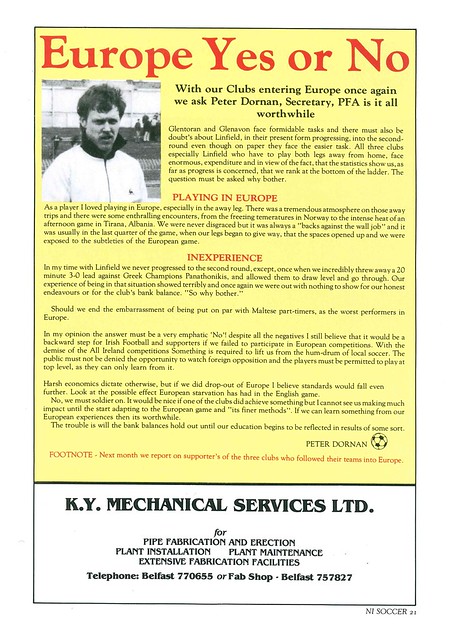