Kenny Dalglish, in his first few months as Liverpool manager, is this week’s cover star of Shoot, as he is in the middle of wielding the axe at Anfield.

Shoot gives a double page spread to this, as Alan Kennedy has left, Phil Neal is leaving, and Paul Walsh has been placed on the Transfer List.

The 3rd Round of the League Cup is previewed, and has some attractive ties, with West Ham (Old Trafford) and Arsenal (Maine Road) travelling to Manchester, Liverpool facing bogey side Brighton, and an East Midlands Derby between Derby County and Nottingham Forest, with a public spat brewing in the build-up between Derby Director Stuart Webb and Nottingham Forest Manager Brian Clough, after Webb claimed that Derby (then in the 3rd Division) were a better choice than Forest for any proposed breakaway Super League.

In news, Manchester United are lining up a bid to sign Maurice Malpas, while Kevin Sheedy has set himself a target of 20 goals this season for Everton.

One man hoping to take Malpas place in the Scotland team was Tommy Burns, having been converted from Midfield to Defence, is eyeing up a return to the Scotland squad after an absence of two years.

Paul Walsh’s potential departure from Liverpool is discussed by Bryan Robson in his column, who feels he is making a mistake by wanting to leave Anfield.

Jimmy Greaves awards his Star Letter award to Steven Wilkinson from Paisley, who proposes that Tommy Docherty should be the new Scotland manager, with there being a vacancy for the position due to the death of Jock Stein.

Peter Reid’s column reveals that Graeme Sharp has been singing “Down Mexico Way” in order to wind up the Welsh players at Everton, after Scotland eliminated Wales from the World Cup. One of those Welsh players, Neville Southall, was described by Reid as the best goalkeeper in the world.

Blackburn Rovers get a full page profile, with striker Jimmy Quinn desperate for the club to reach the top flight after so many near misses.

In Scotland, Aberdeen and Hibs were going head to head in the League Cup Final, with Alex Ferguson being desperate to win this, as it was the only domestic trophy he hadn’t won at Pittodrie so far.

Shoot does a double page spread looking at the impact of recently appointed Sunderland Manager Lawrie McMenamy, while Alan Brazil pleads for the opportunity to lead Manchester United’s attack.

The magazine ends with a profile of Trevor Peake. 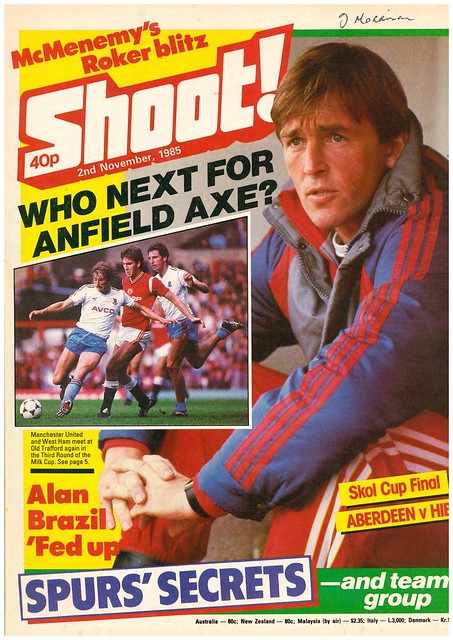 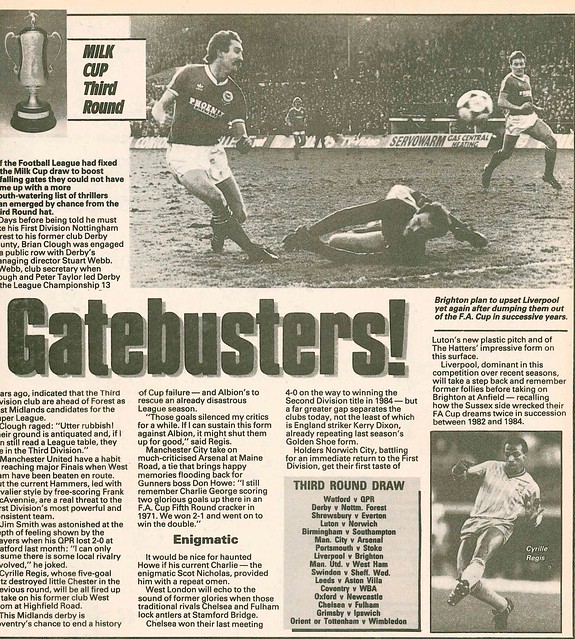 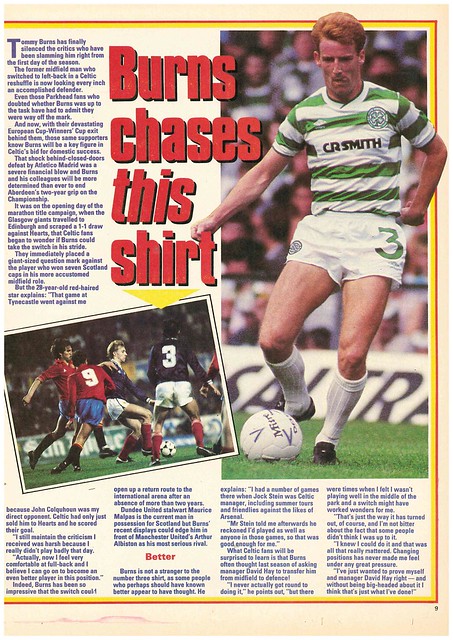 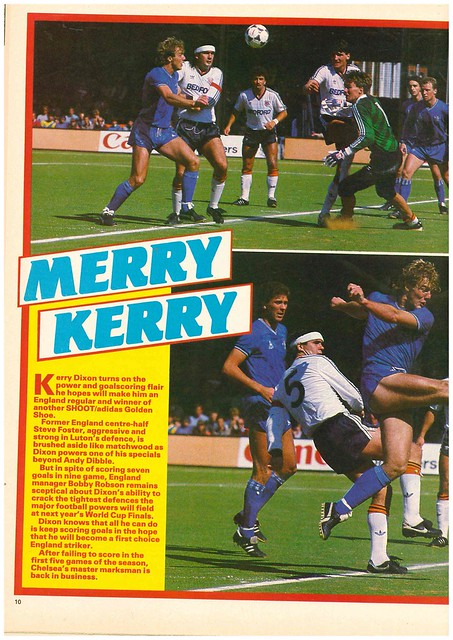 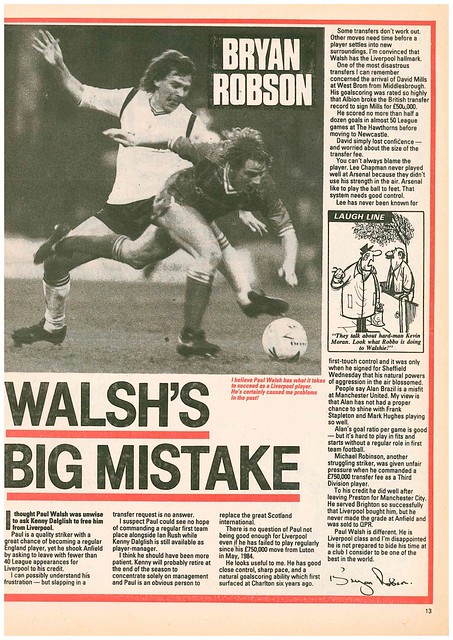 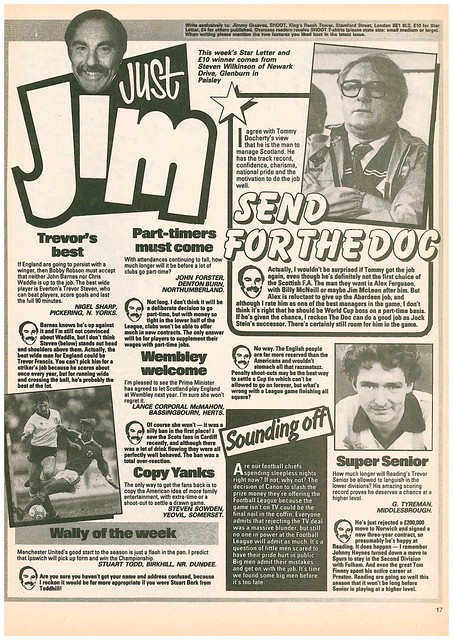 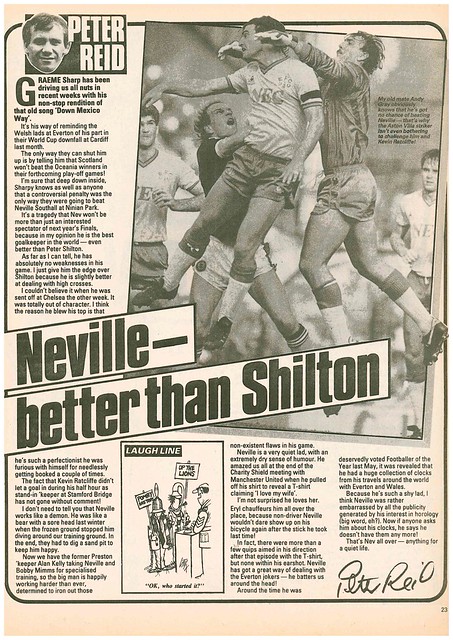 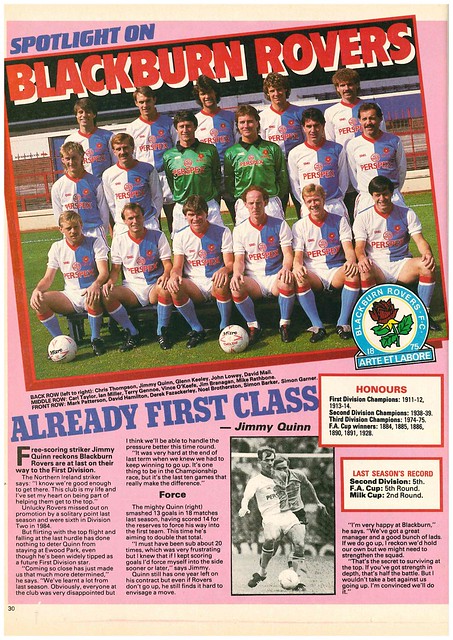 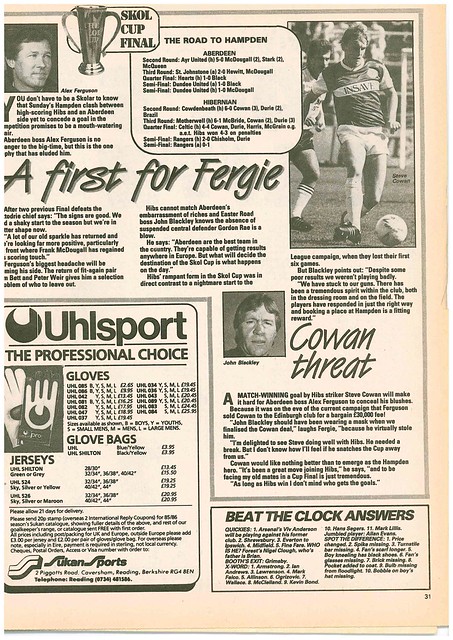