Paul Walsh of Liverpool is the cover star of Shoot as 1985 approaches Christmas.

In a double page interview, Walsh reveals he was conned into staying at Anfield, and has now been rewarded with an extended run in the team, and is eyeing up a place in England’s World Cup squad.

In news, Chris Turner wants to leave Manchester United due to a lack of first-team opportunities. Across Manchester, City defender Mick McCarthy has been out injured, rumoured to have been suffered in a sprint with an Irish journalist who had £20 bet he could beat him in a race, in the build-up to a recent international.

Staying in the Republic Of Ireland, their state broadcaster has signed a deal to broadcast English games at 3pm on a Saturday, much to the anger of clubs in Northern Ireland, where many people can pick up RTE.

Bryan Robson uses his column to discuss the best and worst referees in England.

Steve Foster gets a double page interview, where he states that Bobby Robson is scared of him because of his reputation, which is why he isn’t getting called up for the England squad.

In Scotland, Davie Dodds had a novel way to beat his goal drought, by dropping back into midfield. It worked, as he hit the back of the net in a recent 3-0 win over Celtic.

Jimmy Greaves gave his Star Letter Award to Mr N Bate of Cambridge, who complains about England not being seeded for the forthcoming World Cup Finals.

Greaves also uses his letters page to say that he was sick and tired of talk of a proposed breakaway Super League in English football.

It would turn out to be prophetic. When the Premier League was formed in 1992, ITV lost the rights, and Saint and Greavsie were no more.

Gary Mabbutt gets a full page profile for his versatility, with opinions varying as to where he fits best on the football pitch.

Across North London, Paul Davis says he doesn’t feel like a first team player at Arsenal, despite playing over 100 games, and has become more competitive in a bit to avoid being dropped.

Ipswich Town are the club who get a profile this week, currently struggling in the top flight.

Staying in East Anglia, Steve Bruce of Norwich City is desperate for the club to return to the top flight having been relegated the previous season, having spent seven years trying to reach it, before joining Norwich from Gillingham, only to be relegated after a season.

The magazine ends with a profile of Tony Dorigo, who reveals that his favourite singers are Bryan Ferry and Stevie Wonder, while his ambition for 1986 is to get an England Under 21 call-up when he gets British citizenship in October. 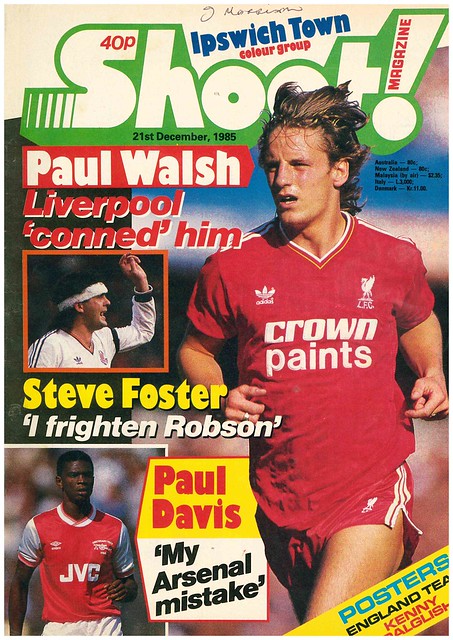 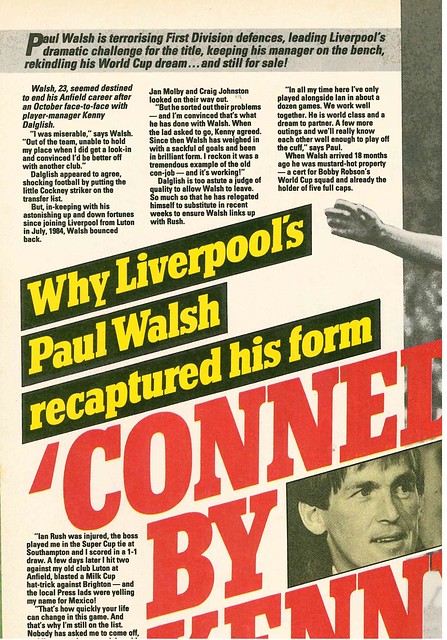 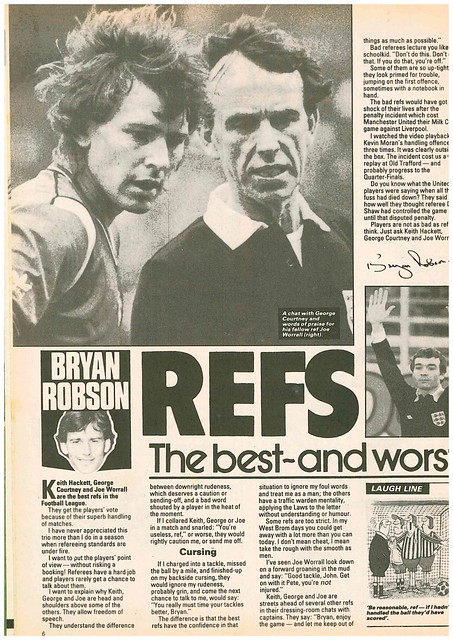 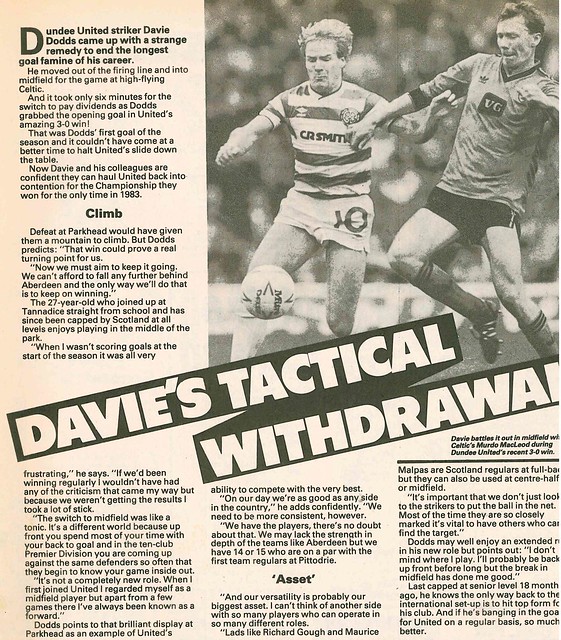 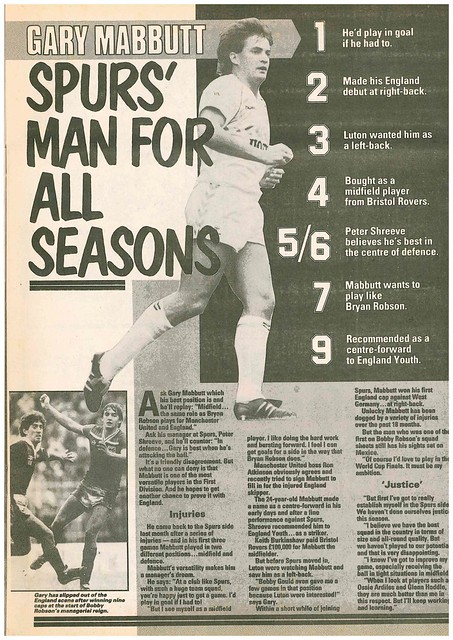 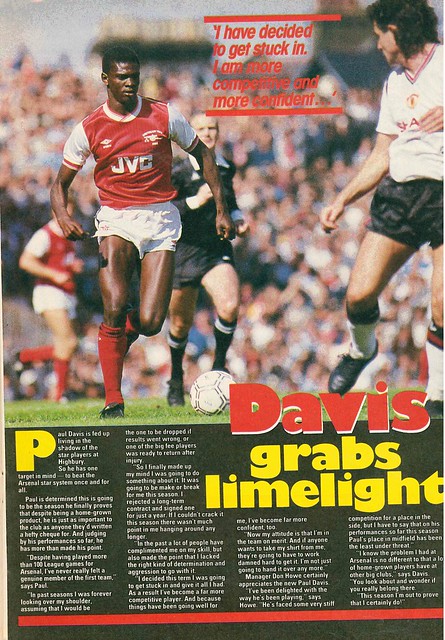 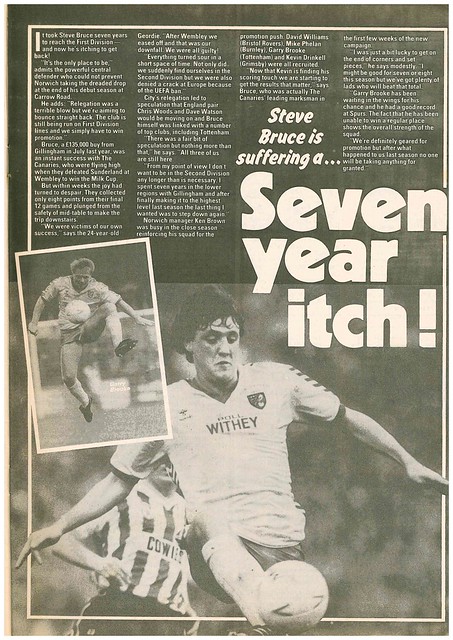 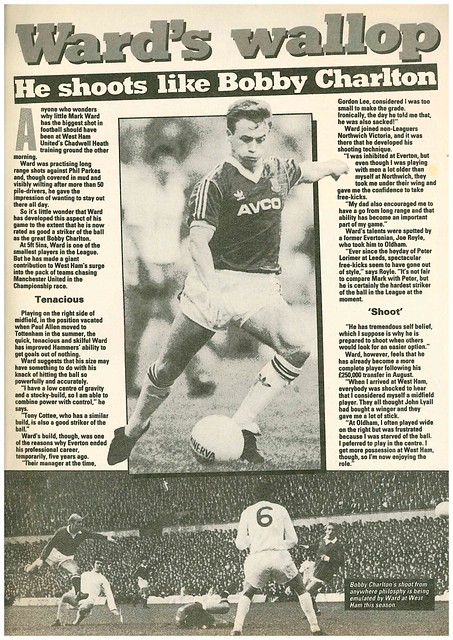 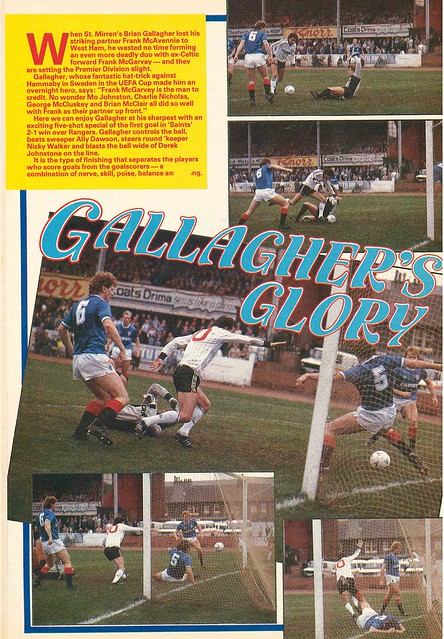 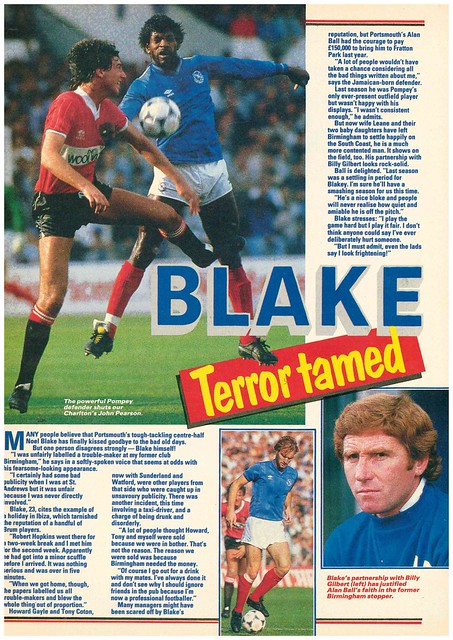 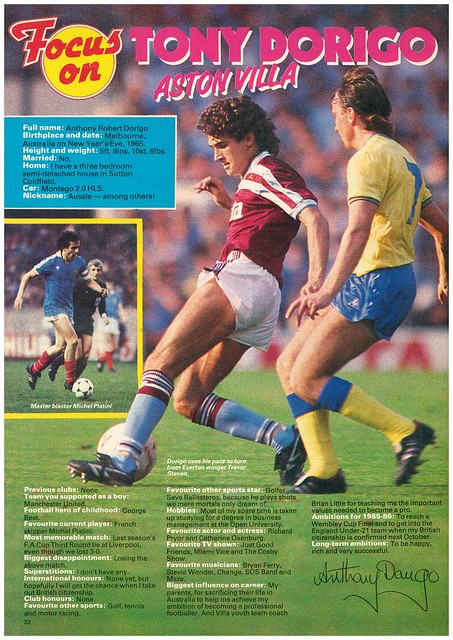