Terry Butcher is the cover star of Shoot as he makes a timely return from injury, with Euro 88 just around the corner.

As you open the magazine, Adrian Heath tells Shoot of his dismay at being singled out as a scapegoat by Everton fans when things don’t go well.

Cover star Butcher uses his column to declare he was back from injury, and that if he came through Rangers match against Hibs unscathed, he will be aiming for an England recall for the friendly in Hungary.

Butcher also defends his manager at Rangers, Graeme Souness, who has faced press criticism for a tackle he made in a European Cup tie against Steau Bucharest.

The Football League celebrates it’s centenary with a 16 team tournament at Wembley decided by the highest scorers in each four divisions. This competitions gets a four page profile.

In sponsorship news, England have signed a deal with Trebor Extra Strong Mints.

Bobby Barrett and his brother Lee get a full page feature as the lucky winners of a competition to travel to Turin to meet Ian Rush, and then see him in action for Juventus against Pisa.

In foreign news, Jean-Marie Pfaff is in dispute with Bayern Munich after they blocked him moving to Manchester United.

Another player in contract dispute, but possibly leaving rather than joining Manchester United is Norman Whiteside. Bryan Robson uses his column to say that such a departure would be a loss to United, amid rumours that Juventus want to sign him in a swap deal for Ian Rush.

St Mirren manager Alex Smith hits back at those who say the Scottish Cup holders are in crisis, by saying they will be back stronger than before.

With Euro 88 on the horizon, Shoot does a four page profile of Republic Of Ireland, with David Kelly warning John Aldridge and Niall Quinn that he is planning to keep them out of the side after a hat-trick on his debut against Israel.

Trevor Francis tells Shoot that he is not finished, at the age of 34, have left one Rangers (the Glasgow one) for another (the West London one) due a lack of games.

Despite being in the Second Division, Manchester City manager Mel Machin predicts his side will become the Liverpool of the 1990s. City’s main star is Paul Stewart, who says he gets embarrassed at being described as a million pound player.

A player worth a quarter of that is Leroy Rosenior, newly signed by West Ham, and off to a goalscoring start, gives an interview to Shoot.

Also off to a goalscoring start is Brian McClair at Manchester United, set to be the first United player in 20 years to score 20 league goals, but tells Shoot that he doesn’t consider himself to be a goalscorer.

The magazine ends with a full page on PFA Award winners John Barnes and Paul Gascoigne. 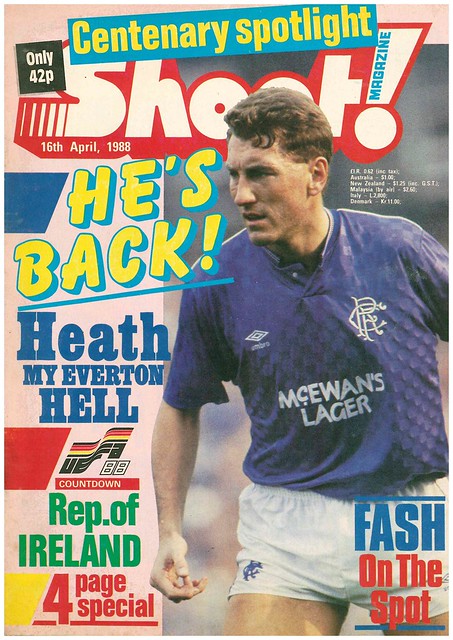 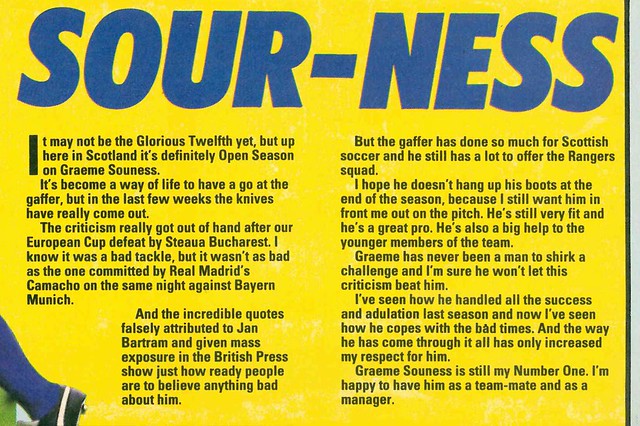 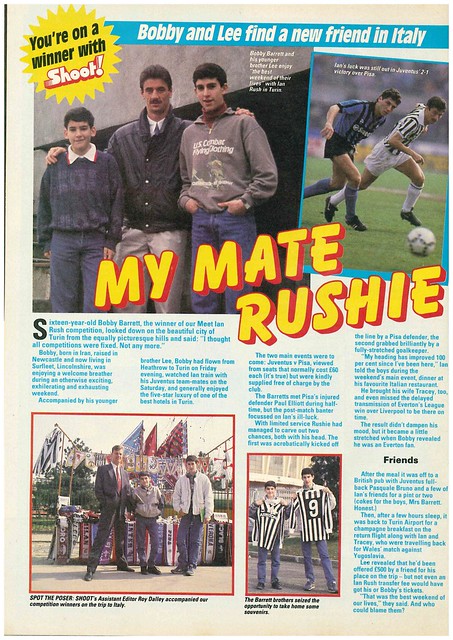 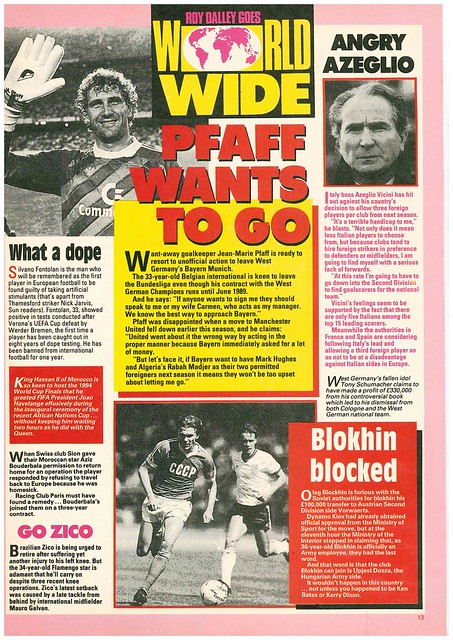 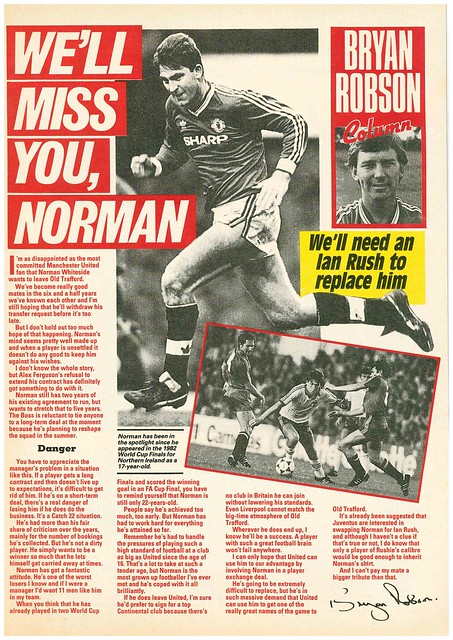 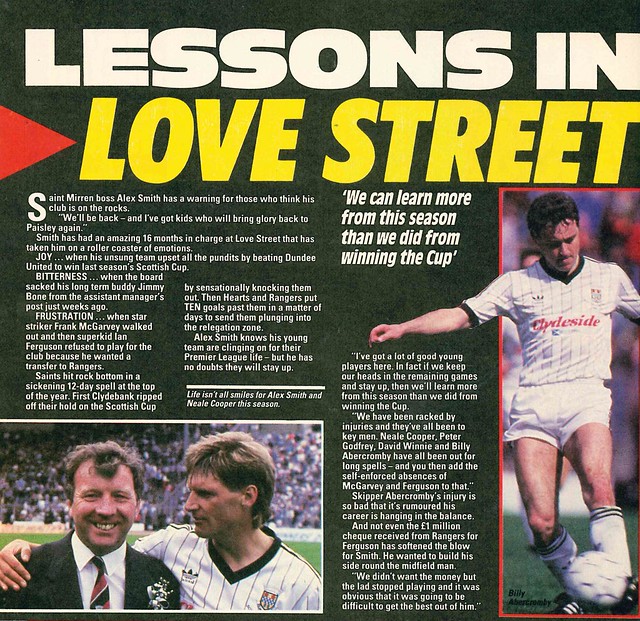 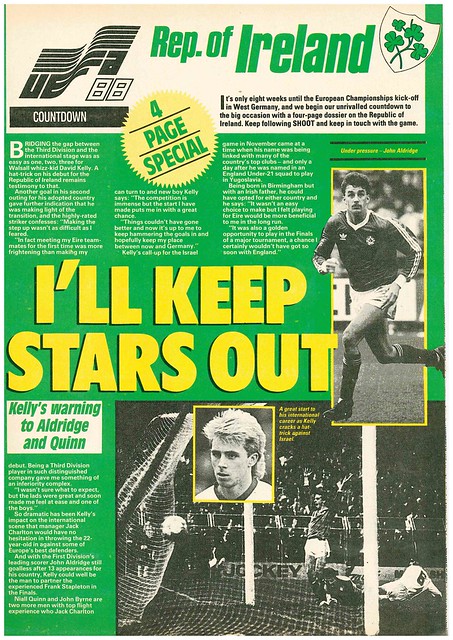 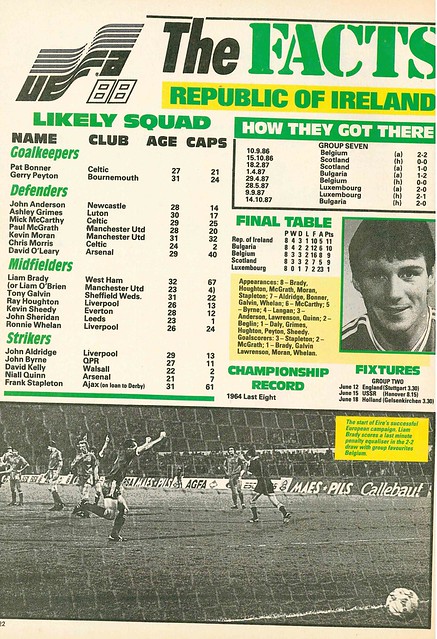 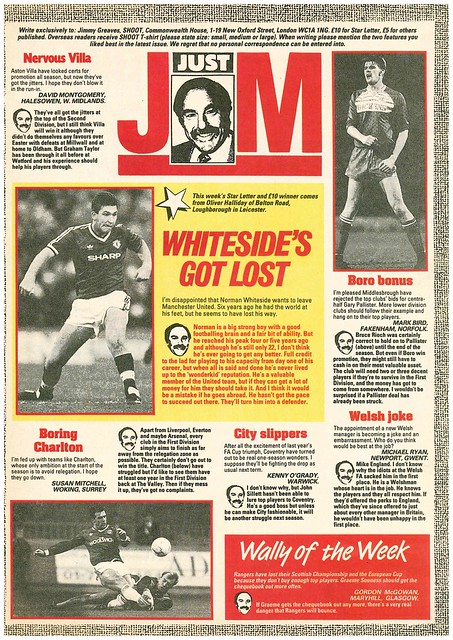 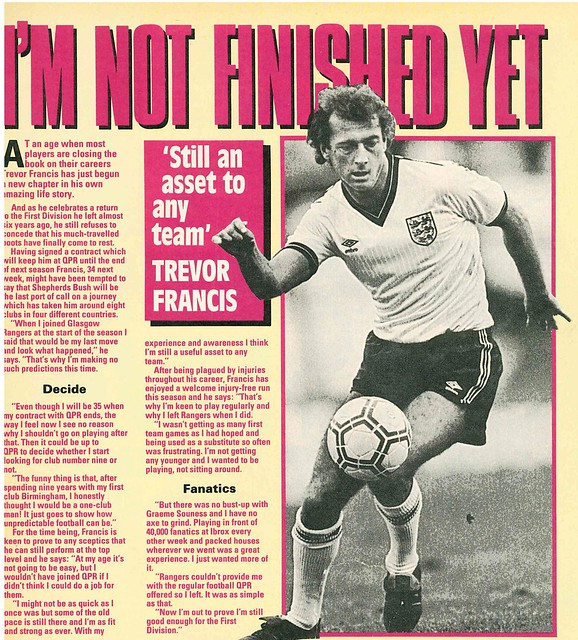 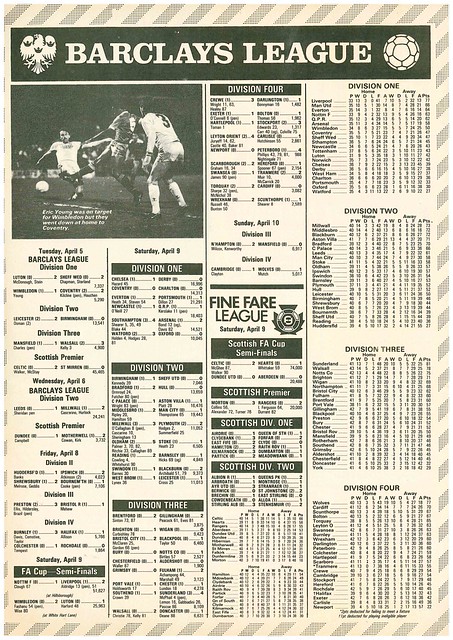 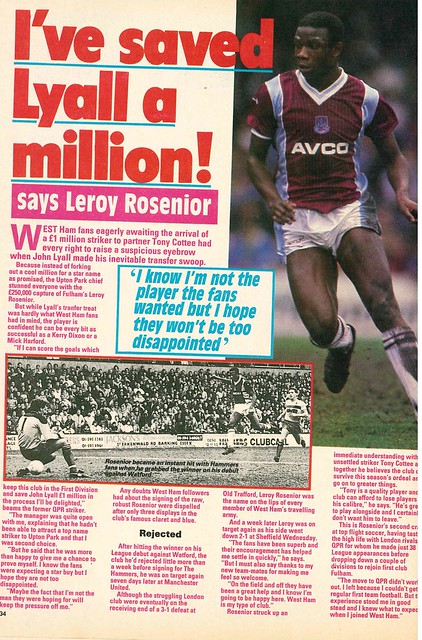 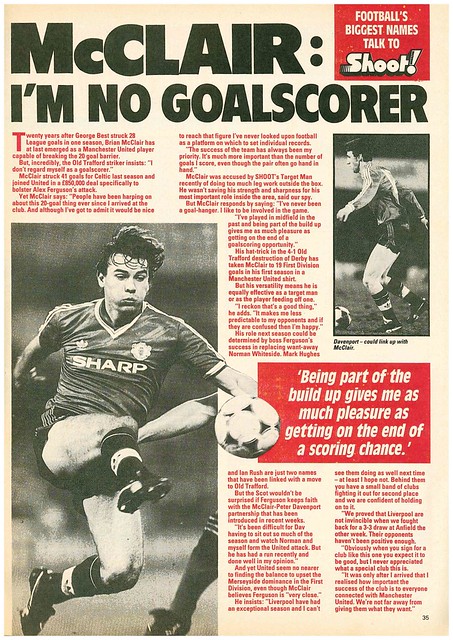 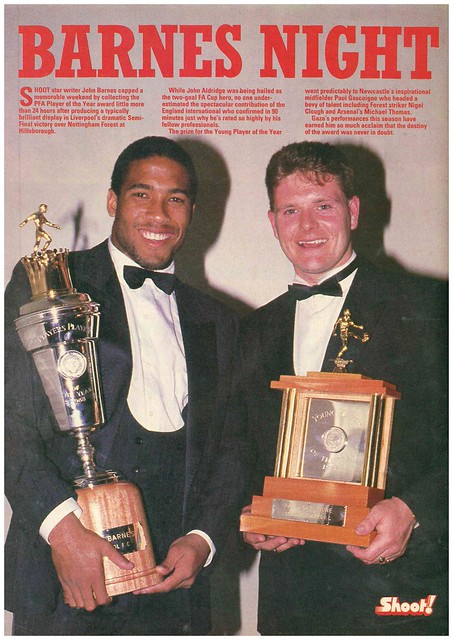