Mark and Gary from Take That are the cover stars of Smash Hits, as the magazine joins them on tour.

Right Said Fred are interviewed, with Rob (the one with the hair) revealing that he smokes a lot and fancies Betty Boo.

Cover stars Take That get four pages of coverage on tour.

There is a Home Alone sequel out this week, and Smash Hits looks at the similarities between the two films.

Voting is underway in the Smash Hits Readers Poll, and celebs are asked how they voted, with Dominik Diamond voting a lot for Manic Street Preachers and voted his Gamesmaster colleague Patrick Moore for Best Haircut.

In Singles Reviews, Single Of The Week gets given to a re-release of Pretty Vacant by Sex Pistols. 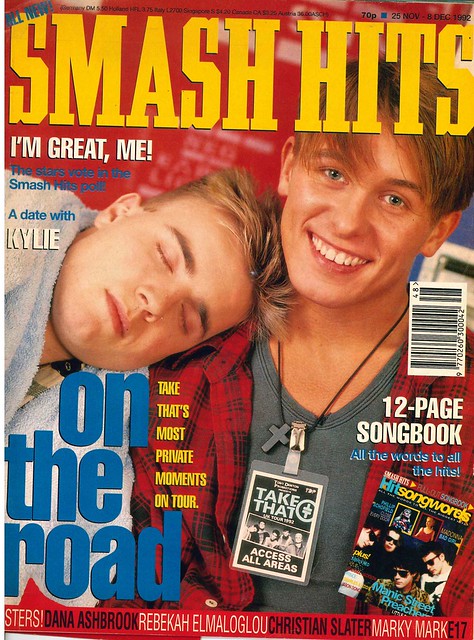 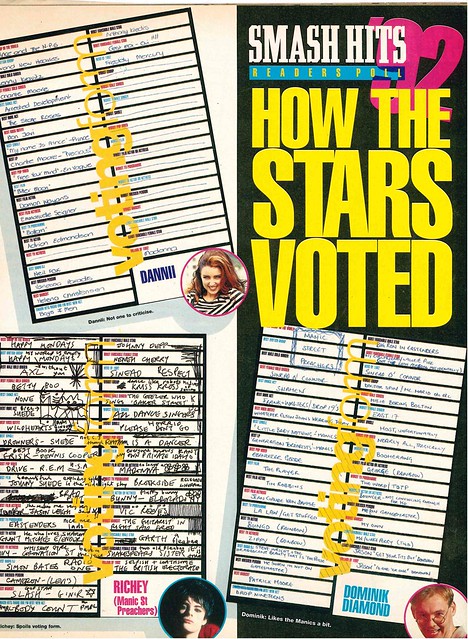 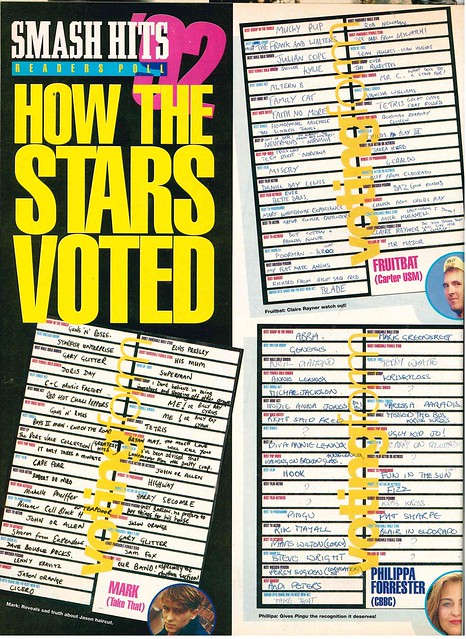 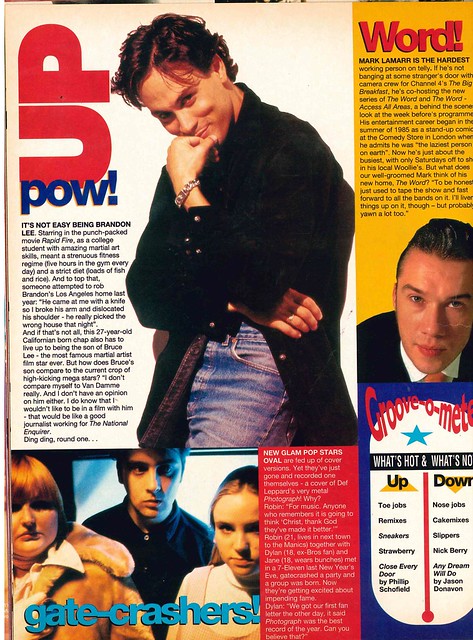 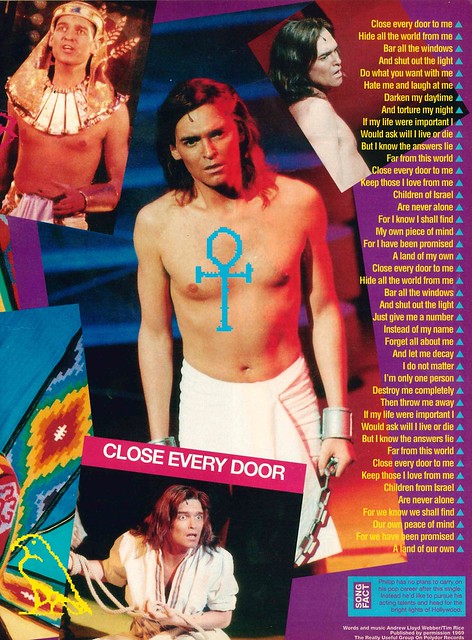 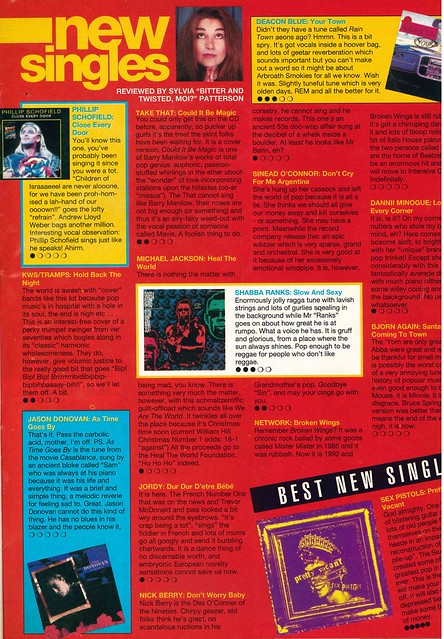 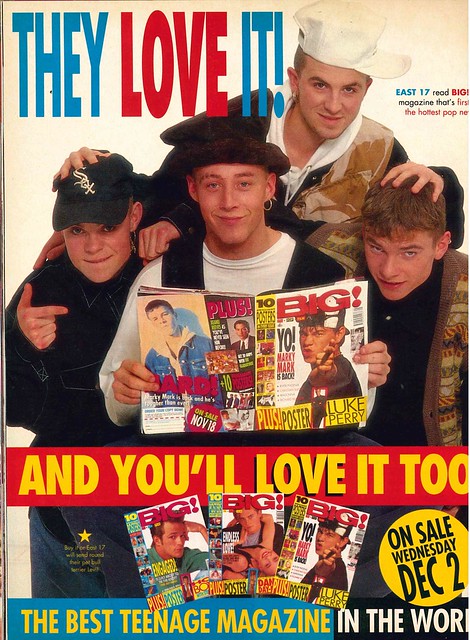