England are at the European Championship, with Ashley Young on the cover of When Saturday Comes confidently predicting that England will do better than they did at Euro 2008.

He has good reason for his optimism, as England failed to reach Euro 2008.

There is a review of the recent Scottish Cup Final, where Hearts beat Hibs 5-1, including a feature on 102 year old Hibs fan Sam Martinez, who says he hopes to see Hibs win the Scottish Cup before he dies, with their drought now at 111 years.

In Northern Ireland, Linfield won their sixth double in seven years, to some apathy from fans, with one fan arguing that history will be a lot kinder to David Jeffrey in the future than it is now.

To cover the full length of the UK, we then move to Wales, where Cardiff City fans are upset at an attempt to rebrand the club, including a change of colours by Vincent Tan.

At Aston Villa, there is an article on the future of manager Alex McLeish, whose time was believed to up when he celebrated a draw at home to Stoke.

Match Of The Month is the Championship Play-Off Final between Blackpool and West Ham, two clubs aiming to return to the Premier League at the first time of asking.

There is also review of the season in all three divisions of the Football League.

On the continent, Serbia’s Cup Final was held outside Belgrade and ended up in a riot, while Auxerre have been relegated from France’s top flight. 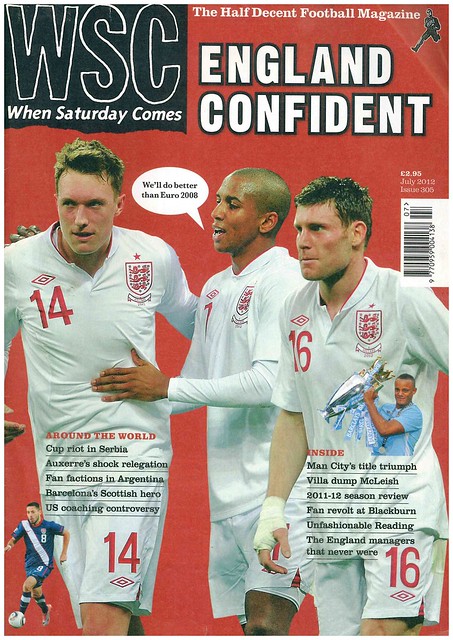 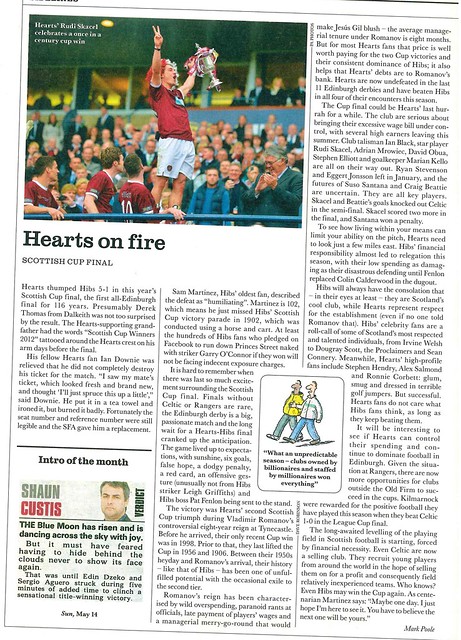 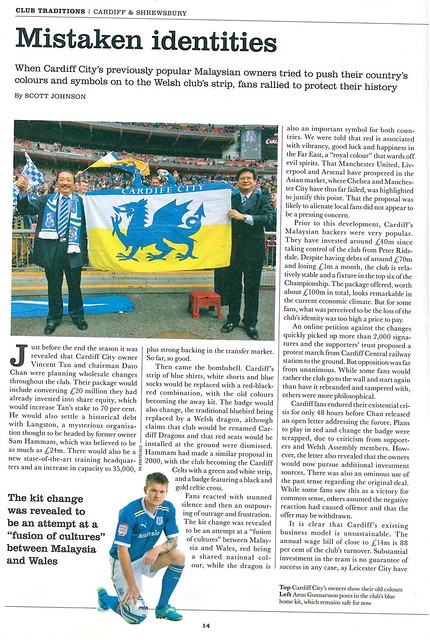 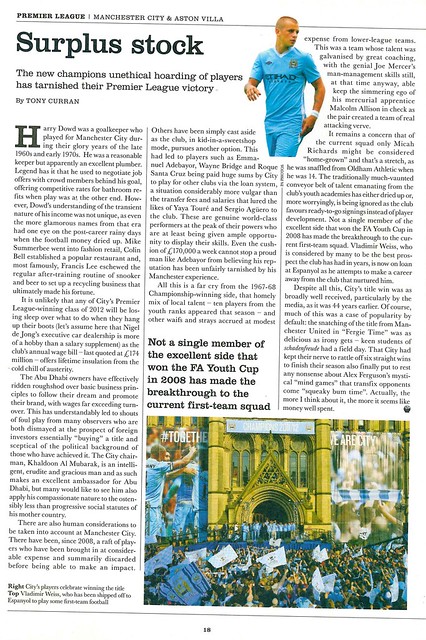 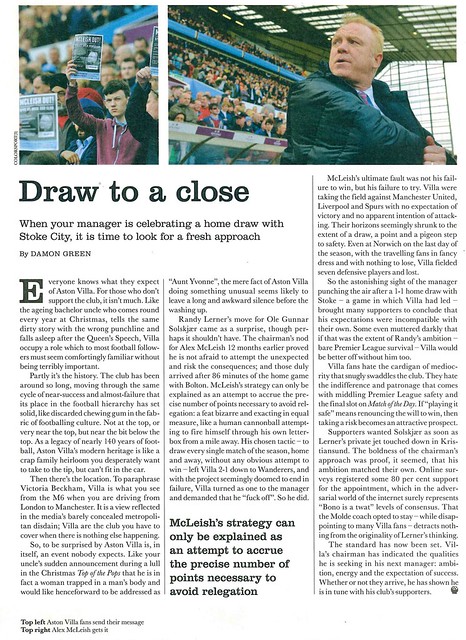 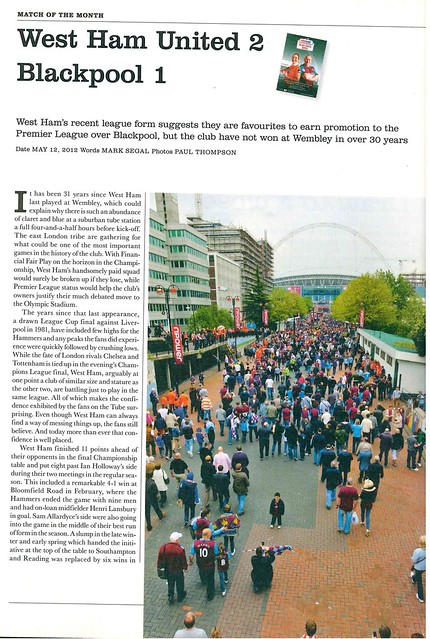 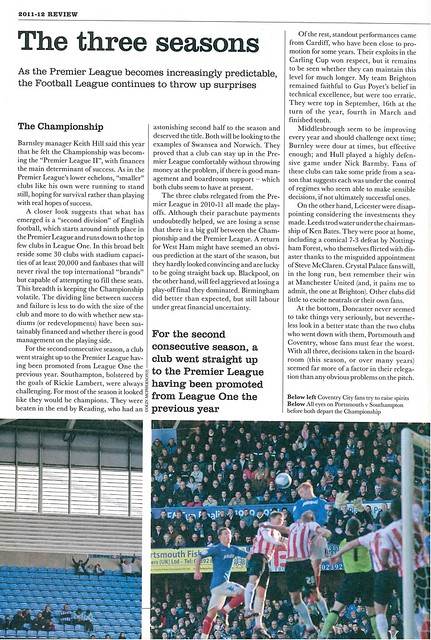 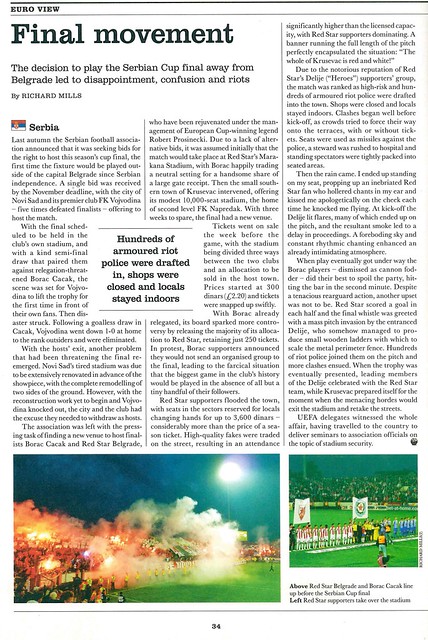 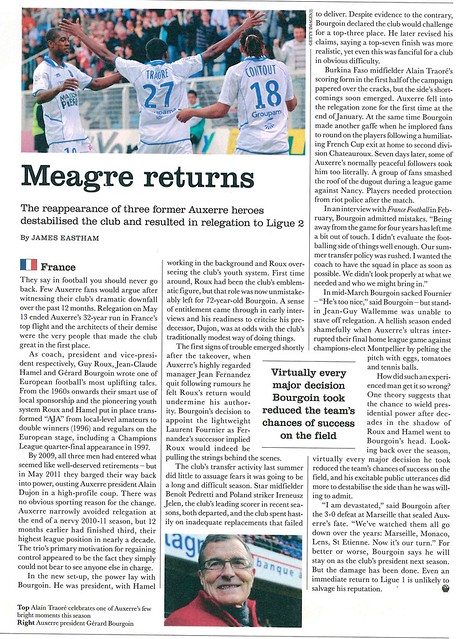