It’s the kick-off of the 1989-1990 season, and Shoot’s famous League Ladders poster, which came free with this edition, is the cover image.

The magazine opens with Bryan Robson’s column, where is confident that Manchester United can win the title, and believes his side are ready to show their credentials against reigning champions Arsenal on the opening day of the season.

He also touches on the World Cup in Italy, coming up at the end of the season, predicting that it will be won by a European team and that England aren’t far off.

Shoot itself gets a feature. The reason for the trumpet blowing? Shoot had just celebrated it’s 20th anniversary.

Real Madrid have signed a young player, but in tragic circumstances, symbolically signing one year old Sergio Cunningham, after the death of his dad, former Real Madrid player Lawrie Cunningham.

Terry Butcher showed off his drumming skills in Stirling recently for the band Tonto. Shoot describes Butcher as a self confessed head banger who lists Iron Maiden as his favourite band.

Theo Snelders tells Shoot of his determination to get back into the Holland squad after being controversially dropped after the manager said he was too scared to play against Germany.

John Fashanu has just joined Shoot and uses his debut column to put an end to rumours that he wants to leave Wimbledon.

In posters, you can get one of new Everton signing Norman Whiteside, while Gazza advertises Brooks boots.

Graham Roberts uses his column to reveal the reason why he left Rangers to join Chelsea – a dressing room falling out with manager Graeme Souness.

In news, The Football League is negotiating for the use of Wembley Stadium for the Play-Off Finals.

John Robertson tells Shoot that he is glad to have rejoined Hearts from Newcastle United, believing it will be a boost to his chances of going to the World Cup if Scotland qualify.

Shoot isn’t the only one celebrating a milestone birthday, Match of the Day turns 25 and gets a full page feature.

Jimmy Greaves predicts how he things the league table will look in 1990, predicting Liverpool to take the title back from Arsenal, with Charlton, Luton and Southampton getting relegated.

Jan Molby gets a full page interview, telling Shoot he is desperate to become a regular starter for Liverpool again, and win back his place in Denmark’s squad.

Kevin Gallacher gets a double page profile, where he reveals Deacon Blue are one of his favourite bands, and met Ricky Ross at a concert for Paul Sturrock’s testimonial, and that Ross was more nervoud of meeting Dundee united players than they were of meeting him.

There is a full page feature on Gerry Francis, who is remaining loyal to Bristol Rovers despite financial troubles at the club, but warns they won’t have any success in the future unless they get a new stadium, with the club playing at Twerton Park in Bath.

Ray Wilkins has just rejoined Rangers, and has hit back at suggestions that English players who join the Ibrox club (Wilkins was the 13th to do so under Graeme Souness) are jeopardising their international career. 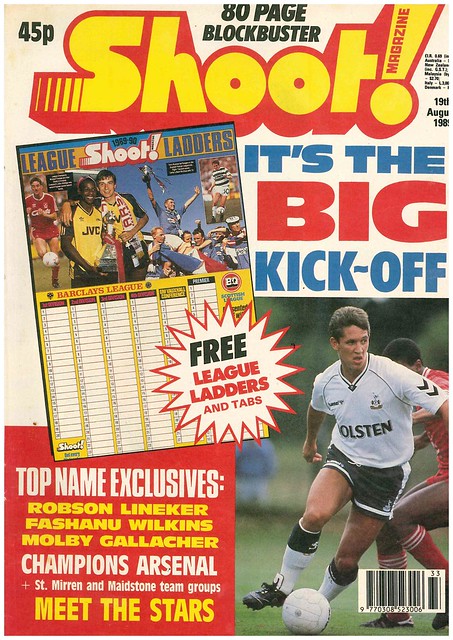 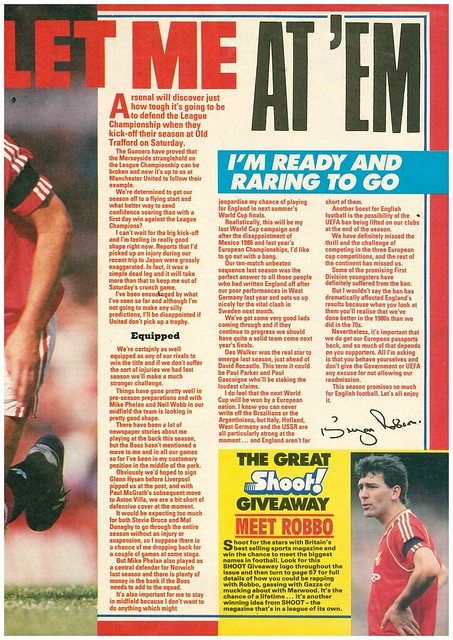 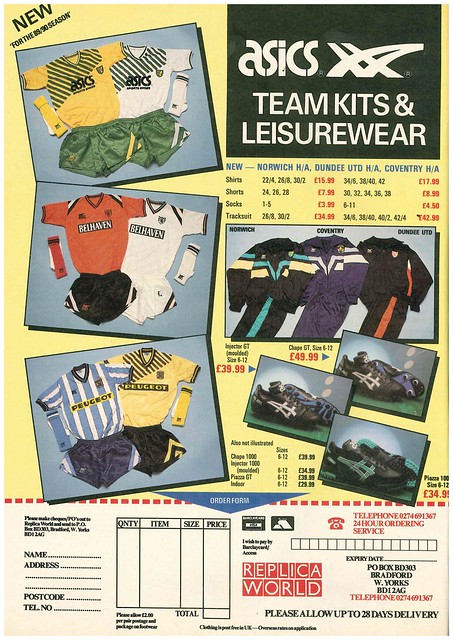 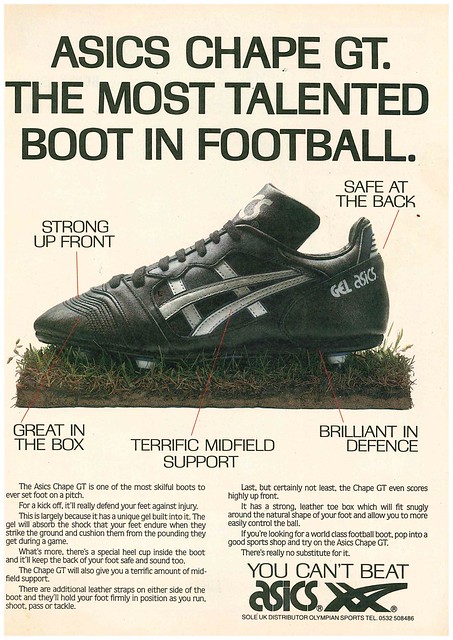 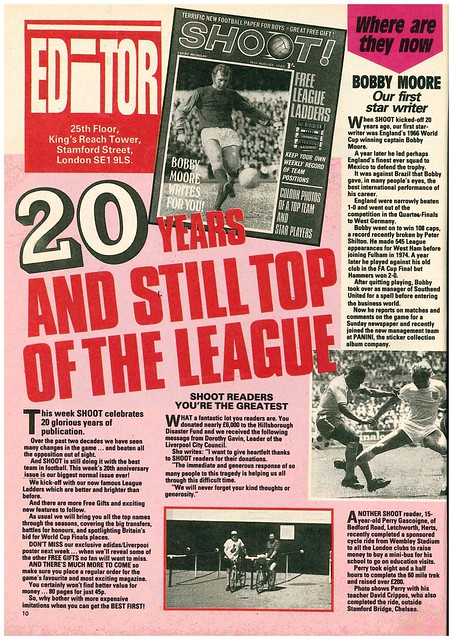 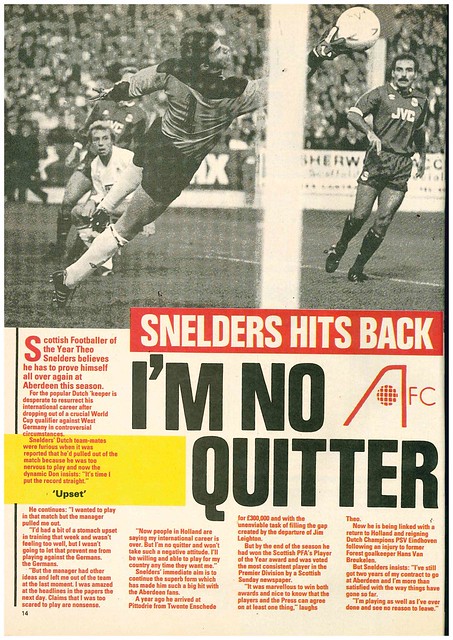 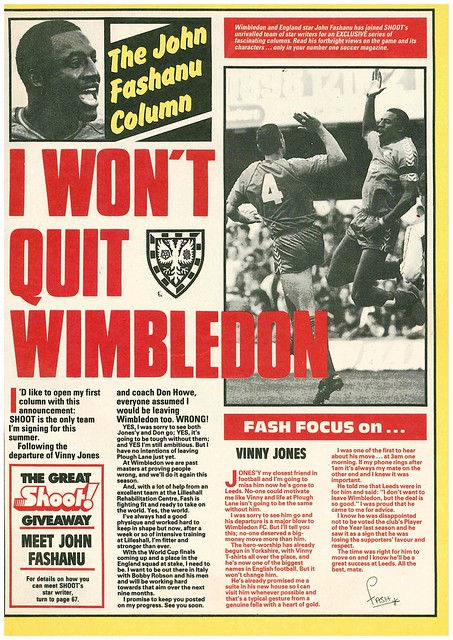 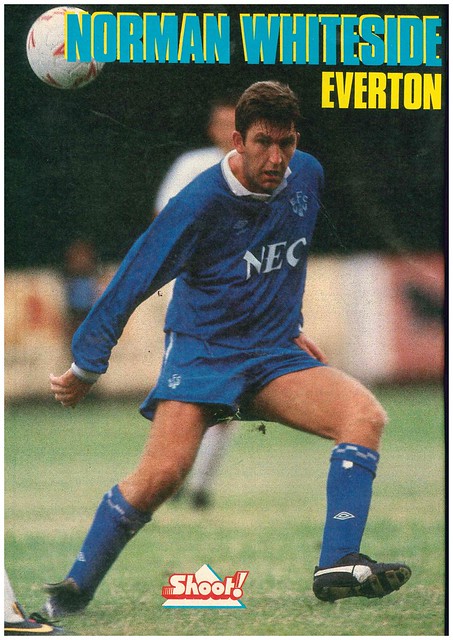 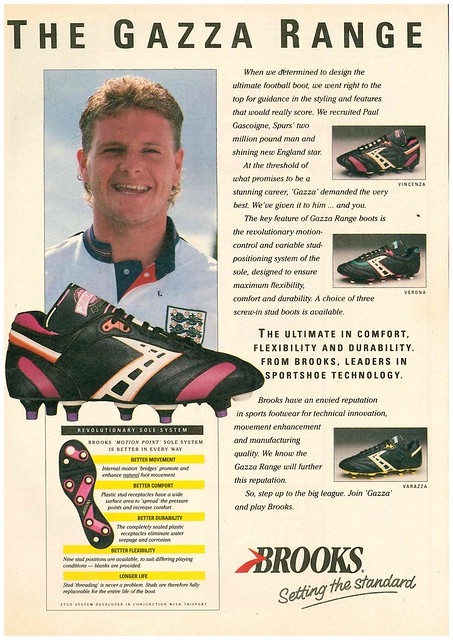 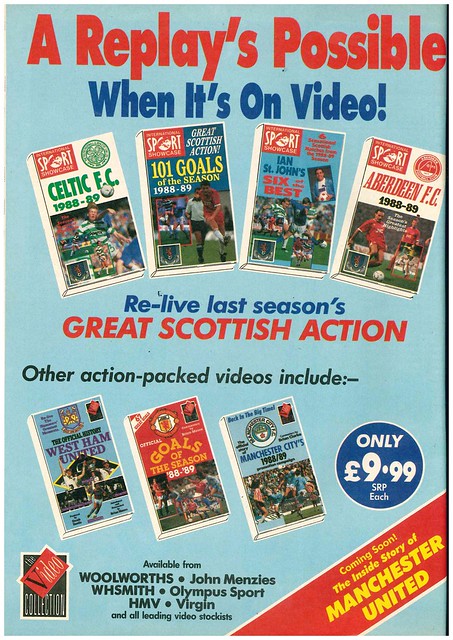 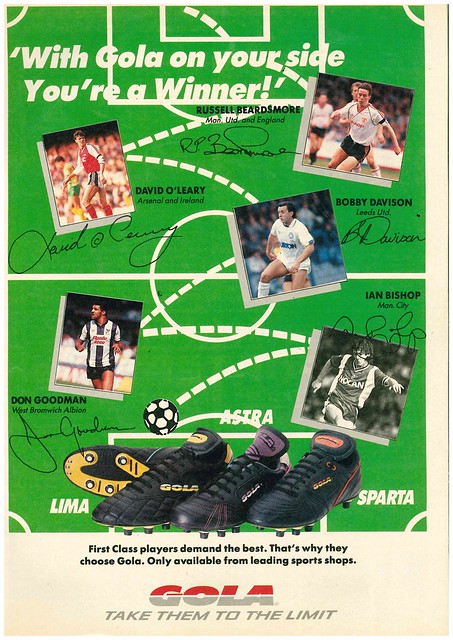 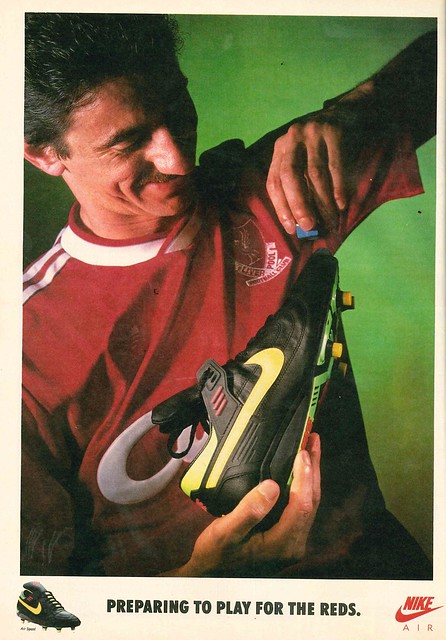 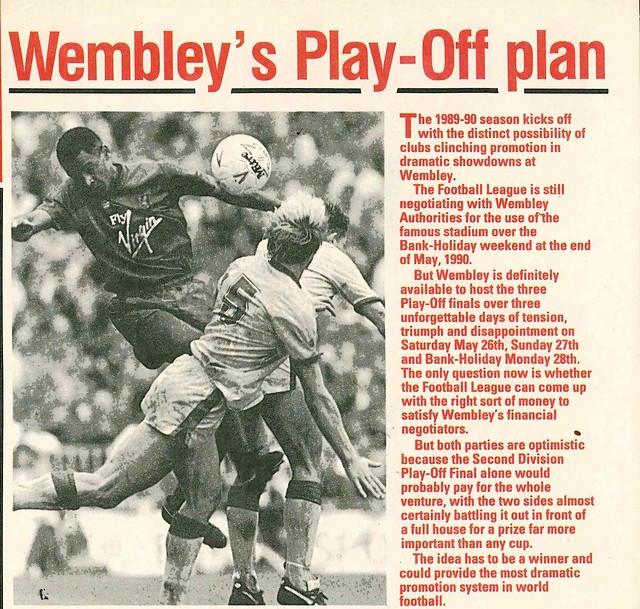 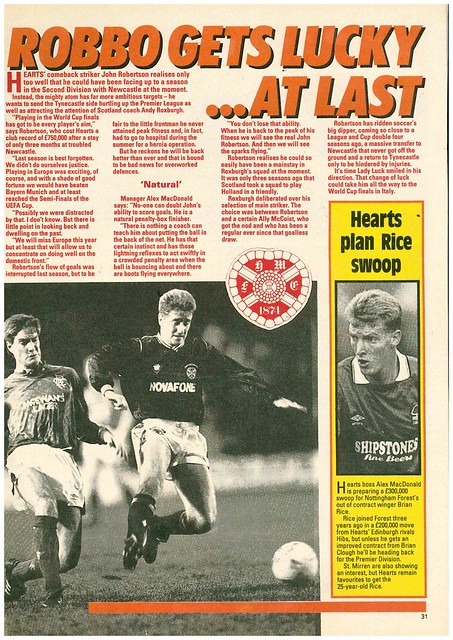 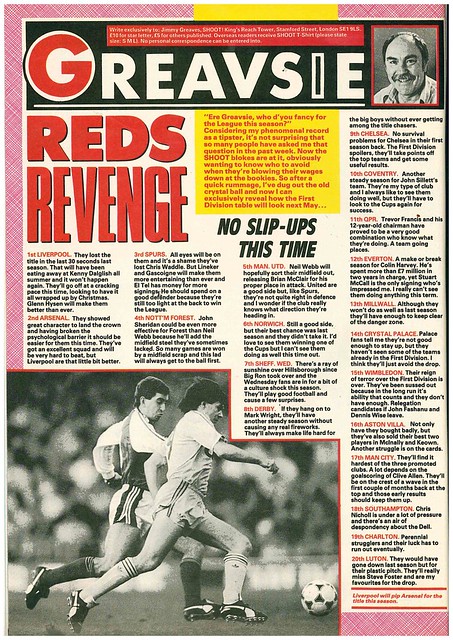 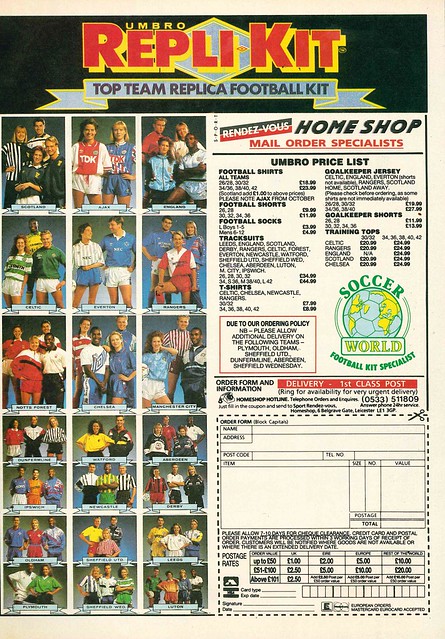 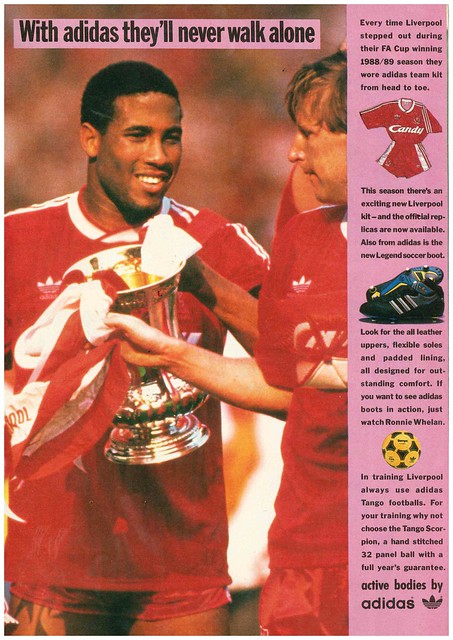 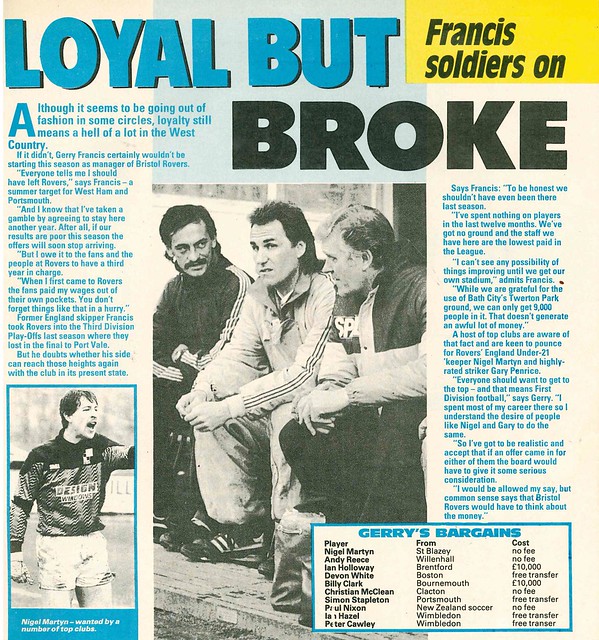 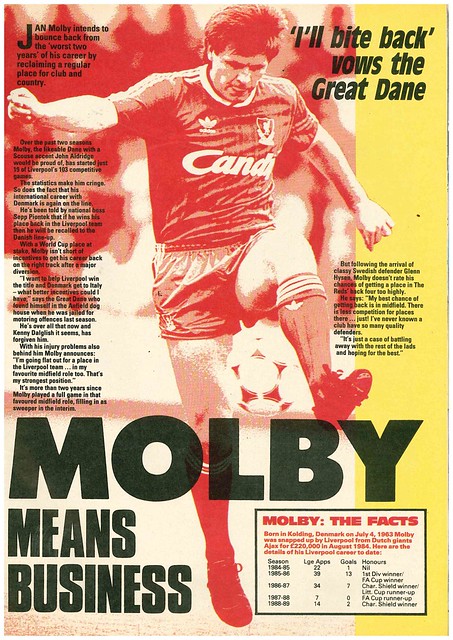 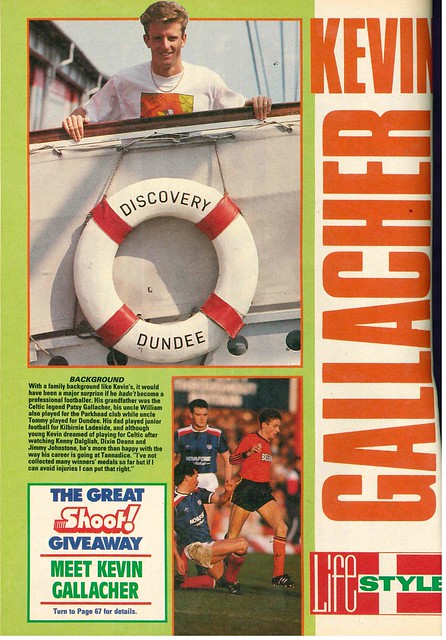 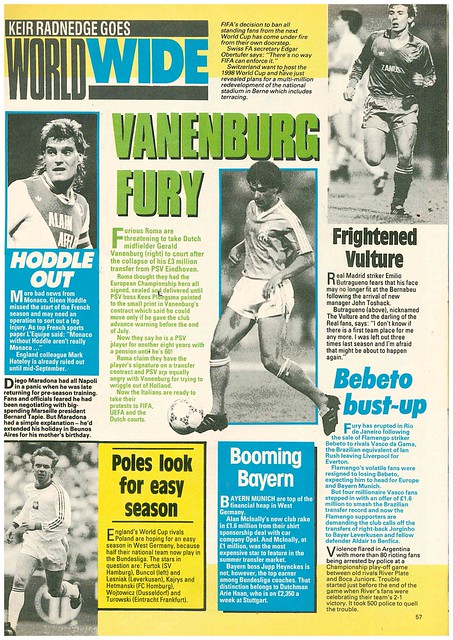 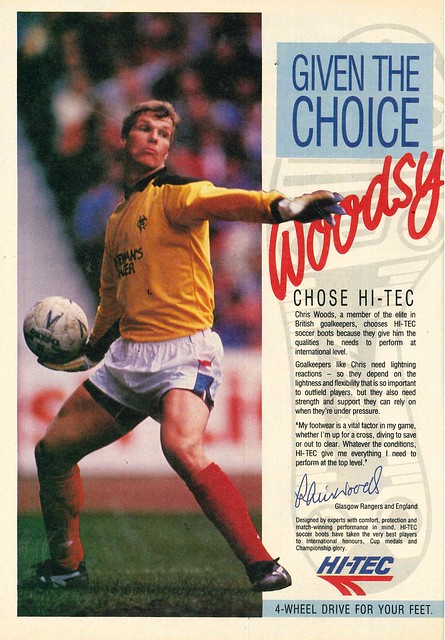 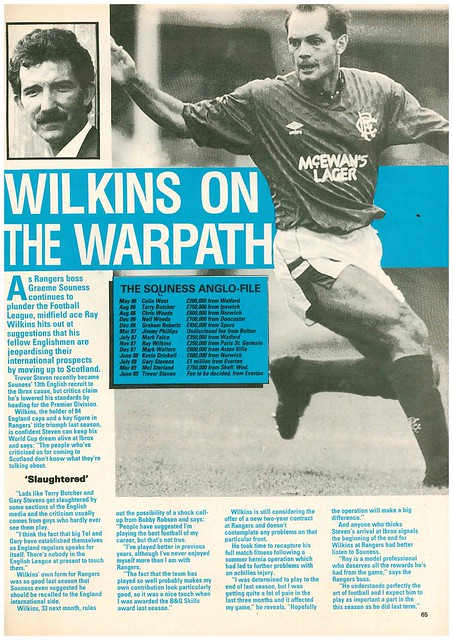 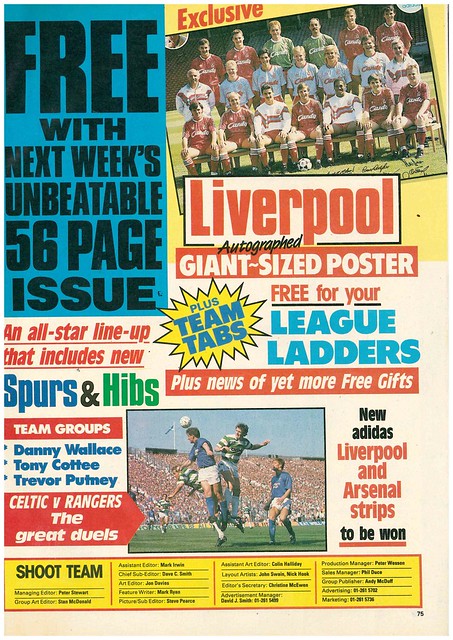