England, Scotland and Wales form part of a collage for the cover of this week’s edition of Shoot, ahead of a big week of international football. Wales, Scotland and Northern Ireland are in World Cup Qualifying action, while England face Austria in a friendly.

In news, Arsenal have used their matchday programme to defend the sale of Frank McLintock by stating that he wouldn’t be getting many first team games in the future.

Bobby Moore uses his column to state that England’s upcoming friendly is excellent preparation for the key World Cup Qualifier against Poland.

Shoot suggests that a defeat to Austria might be good for England as they lost a friendly to Austria in 1965 while preparing for the 1966 World Cup, which they won.

England are looking for a favour from Wales as they visit Poland, and Wales manager Dave Bowen promises that his team are going for the win.

Wlodi Lubanski of Poland is interviewed, stating that a win is far from guaranteed for Poland.

Kevin Keegan uses his column to state that the difference between players in England’s First and Fourth Divisions is Skill.

Ally Hunter of Scotland tells Shoot that the fans at Hampden must back the team all the way during their World Cup Qualifier against Czechoslovakia.

Pat Jennings tells Shoot about how Northern Ireland’s fanatical fans at Windsor Park give the side a 1-0 headstart. Unfortuntely, due to The Troubles, Northern Ireland are playing home matches in England, the upcoming World Cup Qualifier against Bulgaria will be at Hillsbrough.

The magazine ends with a poster collage of European stars from Bulgaria, Czechoslovakia, Poland and Austria who will be facing UK teams this week. 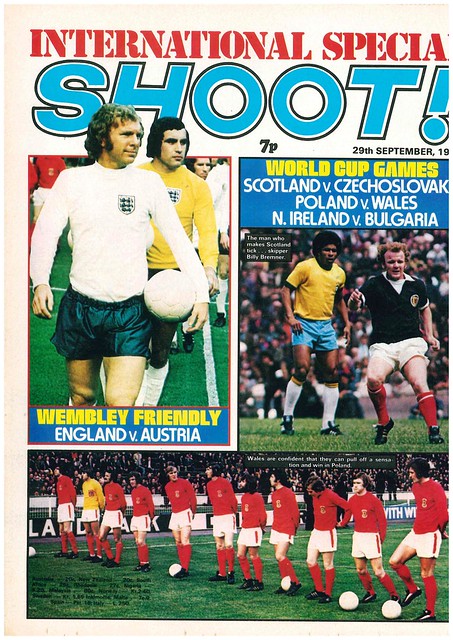 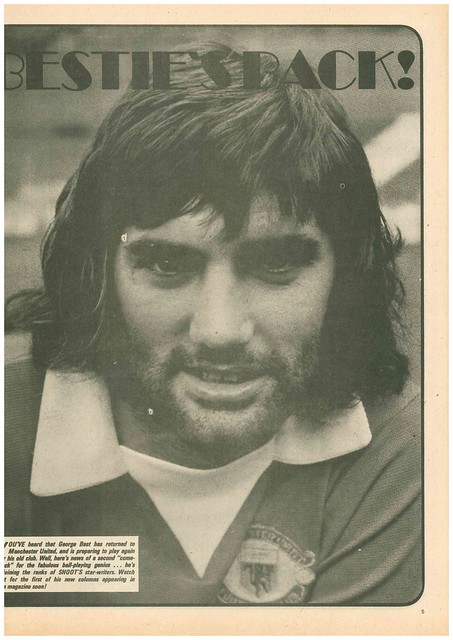 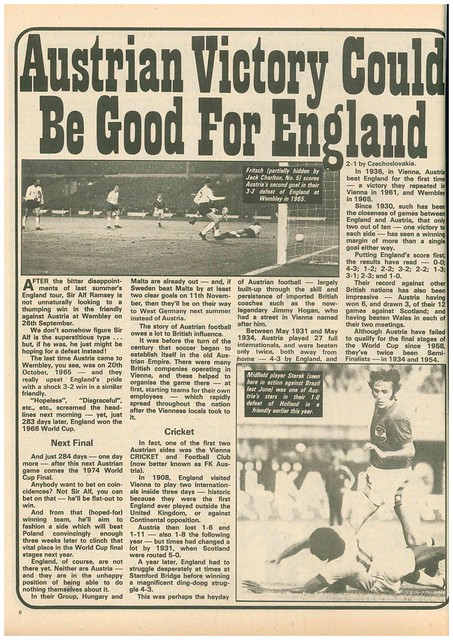 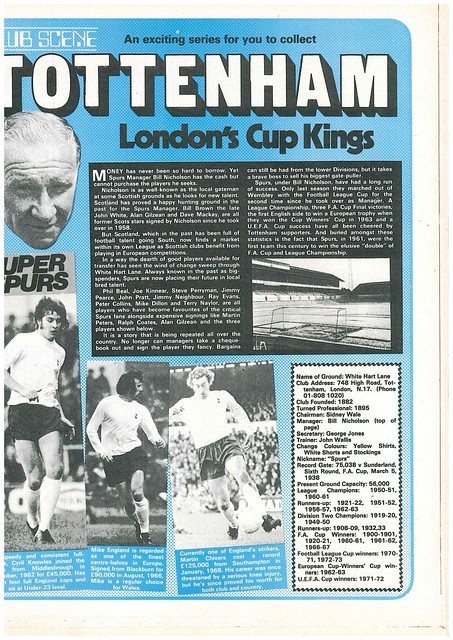 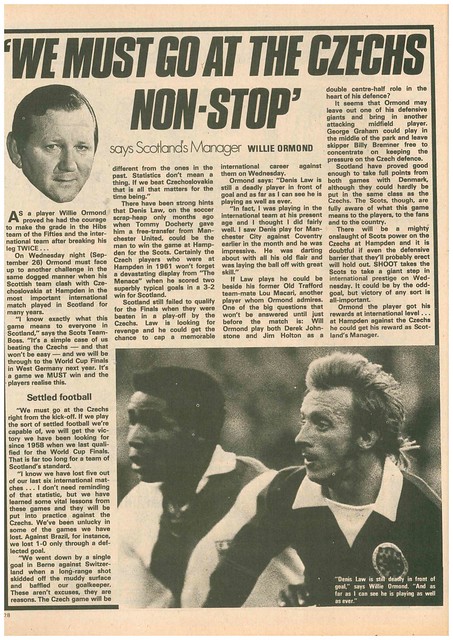 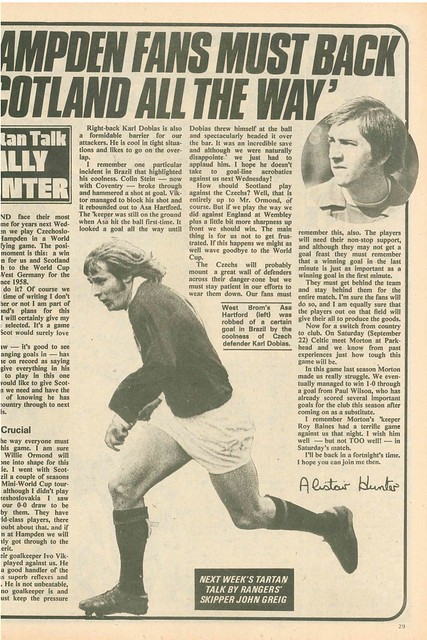 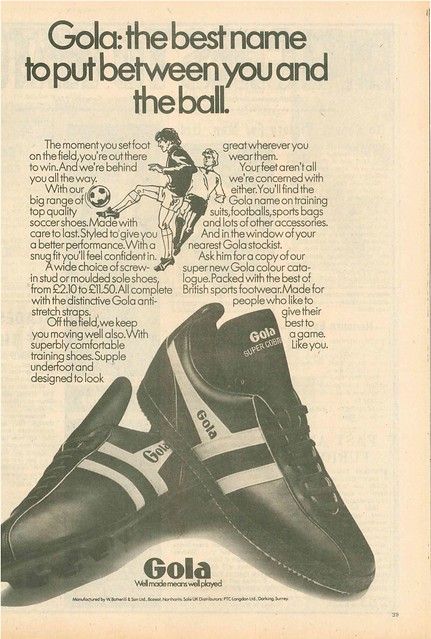 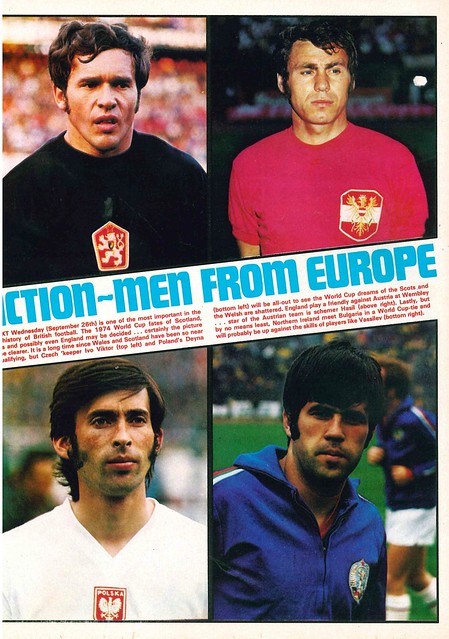