To Russia With Love is the headline of this edition of Football Italia. It’s nothing to do with James Bond, but the fact that Italy will be facing a World Cup Play-Off against Russia after a 0-0 draw with England.

There are two England players celebrating on the cover – Serie A old boys Paul Ince and Paul Gascoigne.

In news, Silvio Berlusconi has ordered AC Milan’s players to learn Italian in order to improve results on the pitch.

In reviews, there is a review of the 3rd Round of the Coppa Italia and the three European competitions, which still have Italian interest.

There is a ten page review of the World Cup Qualifier between Italy and England, which is quite impressive for a 0-0 draw.

Strike partnerships is a theme in this issue, with a look at the duos leading the line for Juventus, Sampdoria, AC Milan and Parma.

There is a look back at the opening weeks of the Serie A season, with Inter Milan being the team getting all the attention in the early weeks. 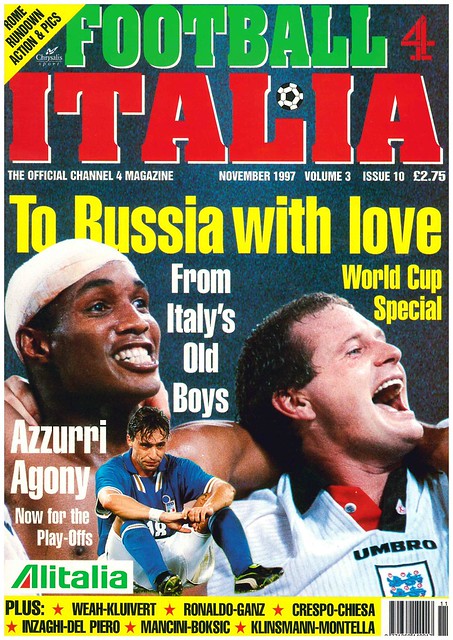 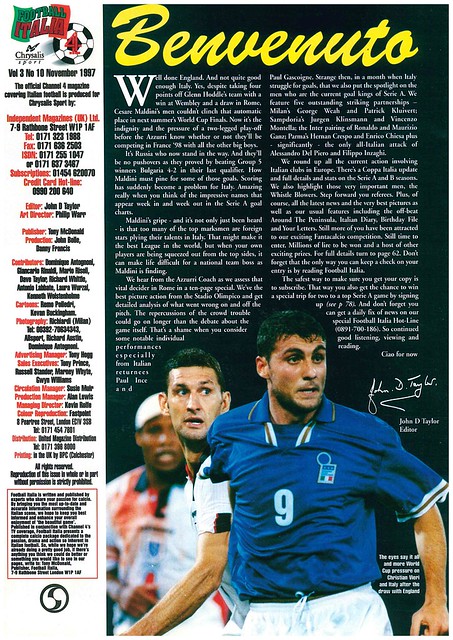 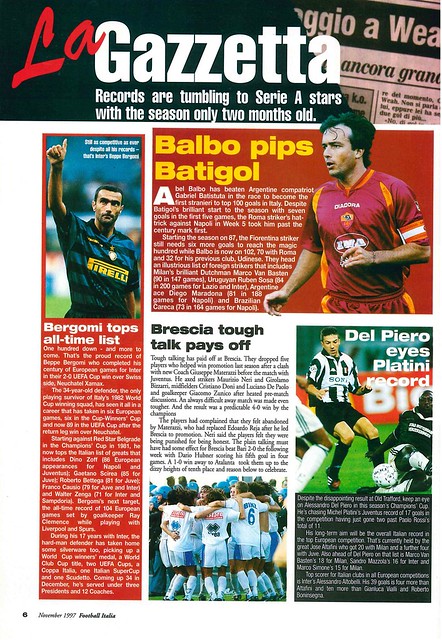 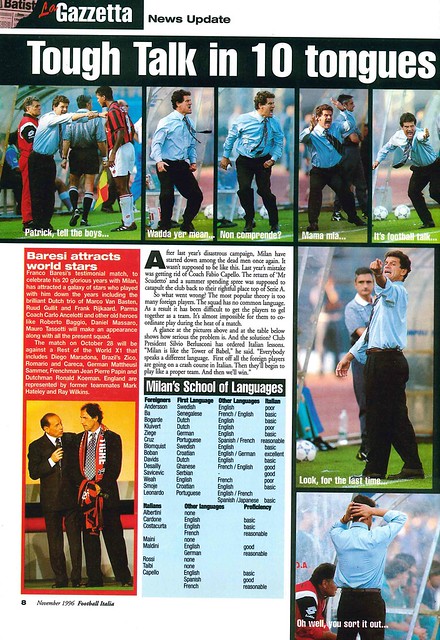 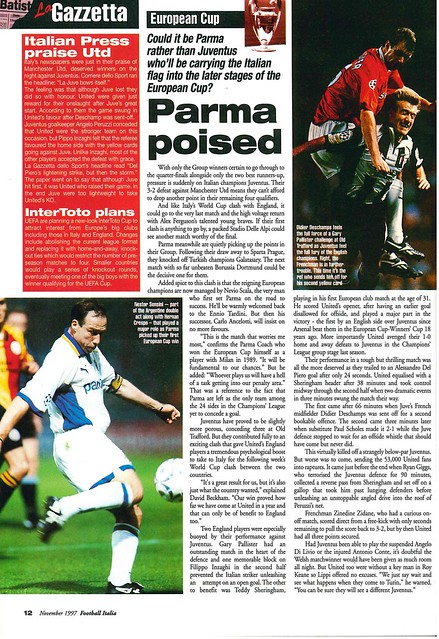 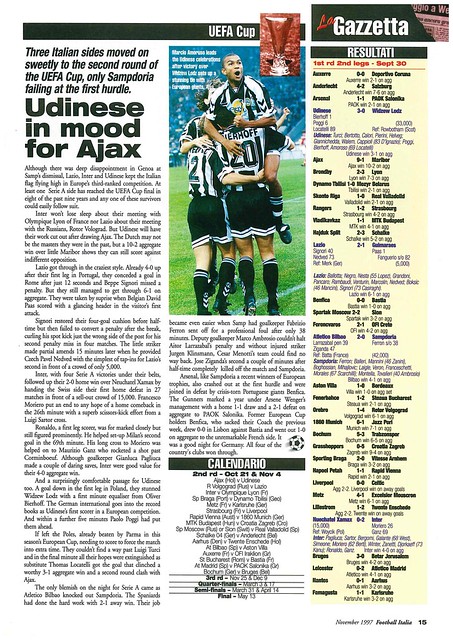 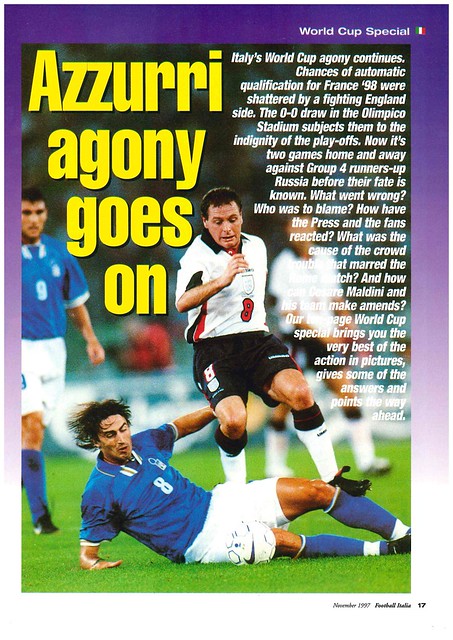 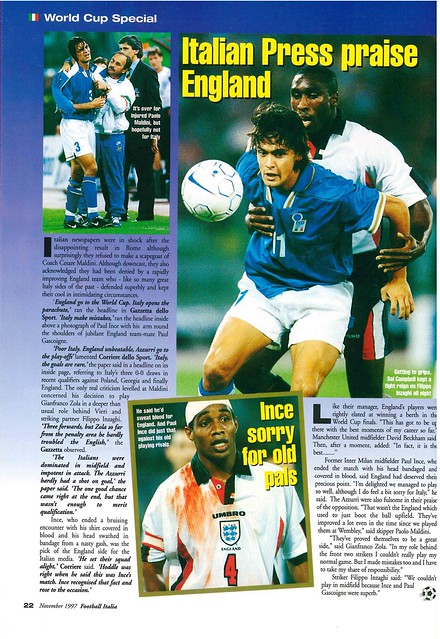 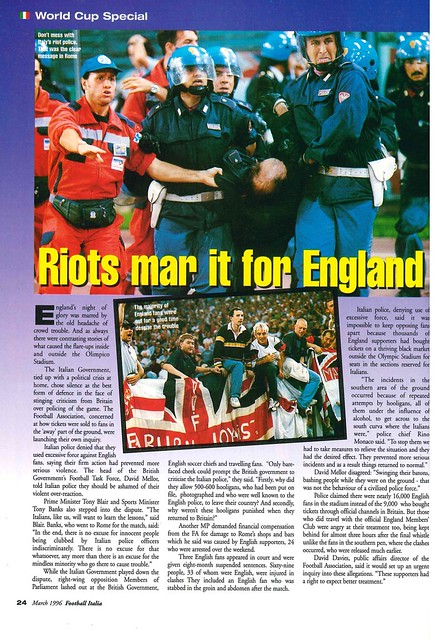 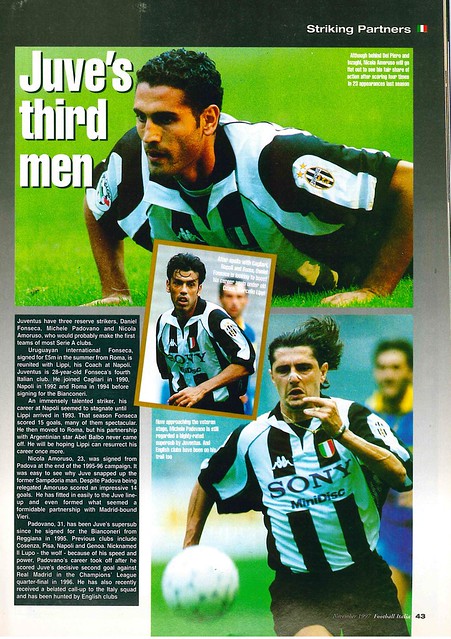 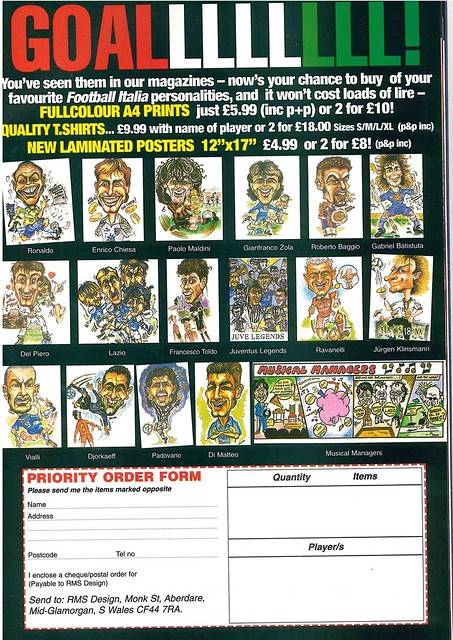 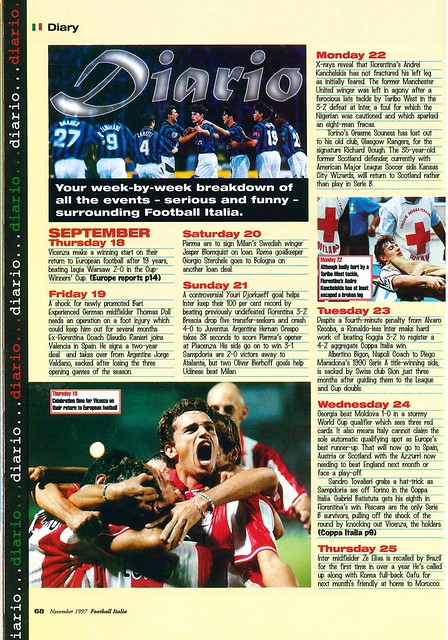 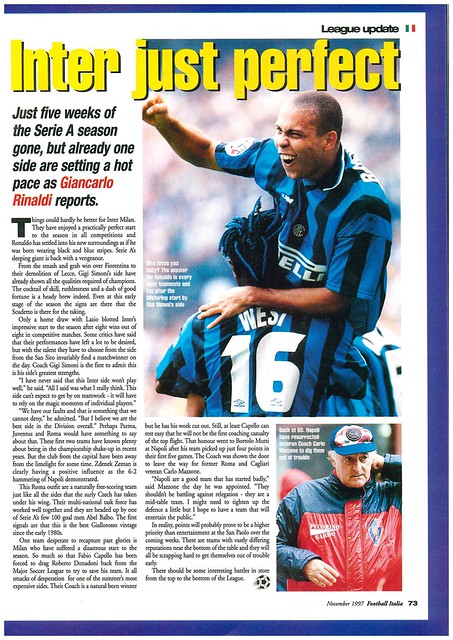 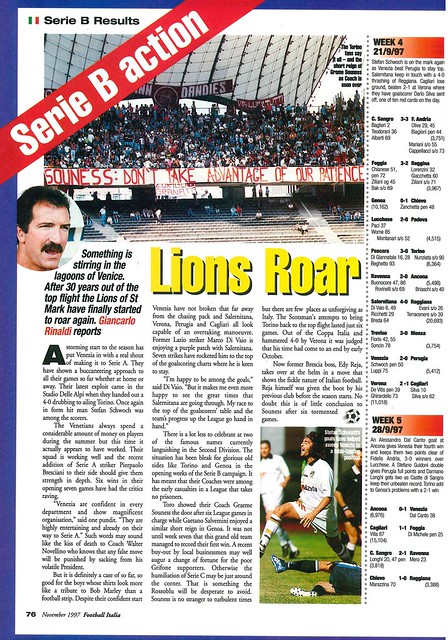