Gary Lineker is the cover star of this edition of Football Monthly in the early summer of 1986 as the World Cup in Mexico nears.

The editorial focuses on that World Cup, commenting that England, Northern Ireland and Scotland will be at a disadvantage due to a lack of preparation time due to club commitments.

England’s warm up friendly away to Soviet Union, a 1-0 win in Tblisi, gets a double page feature.

Meanwhile, Real Madrid were celebrating after winning their first title in six years.

Oxford United’s win over QPR in the recent League Cup Final gets a four page feature, including a team poster in the centre spread.

Also celebrating were Justin Finch and Darrell Dunscombe, who were crowned UK Subbutteo Champions, the tournament getting a full page of coverage.

Having just signed for Barcelona, there is a full page feature on the career so far of Mark Hughes.

Bryan Hamilton gets a full page interview as he aims to steer Wigan Athletic towards Division Two.

As the World Cup gets closer, there is a four page preview of Group F, which features England.

Ian McShane also looks forward to the World Cup, even though he will miss a lot of it due to filming commitments for the new series of Lovejoy, revealing that he travelled to Mexico to watch England when the World Cup was last there in 1970.

In Scotland, Alex Ferguson is facing the agonising decision of having to leave players out of his squad as he is set to decide who does and doesn’t go to Mexico.

Jack Charlton began his reign as Republic of Ireland manager with a defeat to Wales, while Martin Harvey will be back in Northern Ireland’s coaching staff in Mexico. 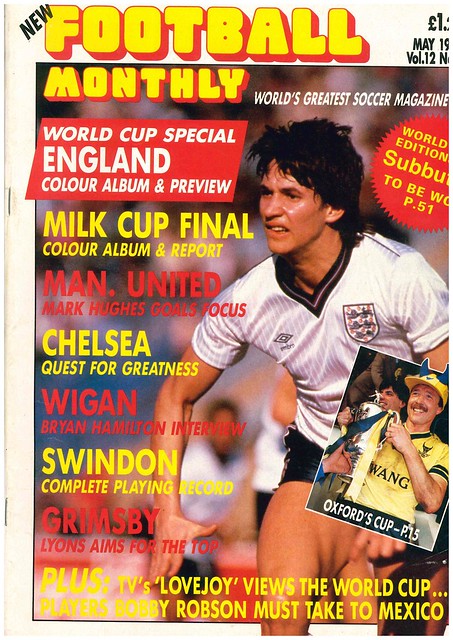 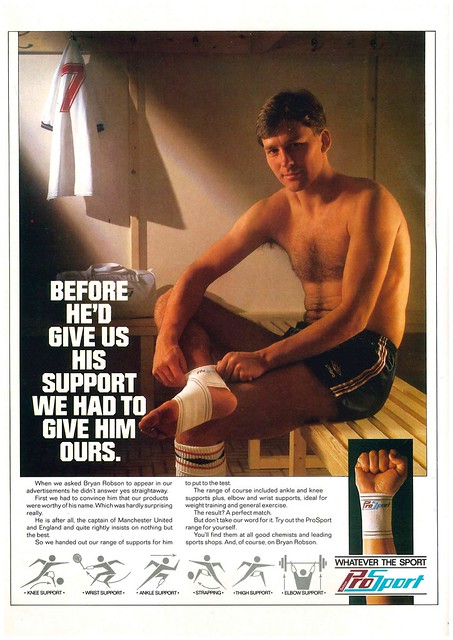 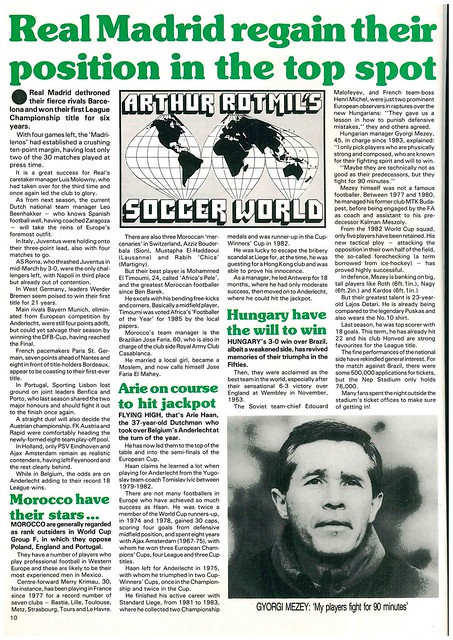 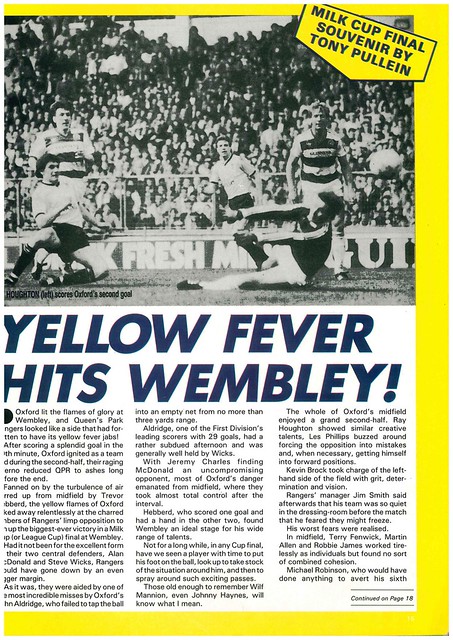 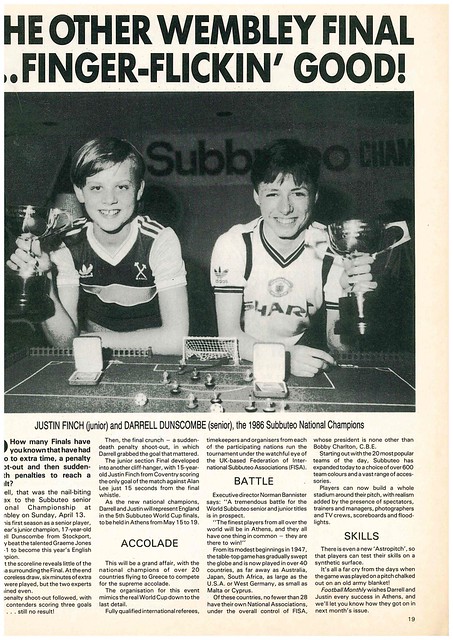 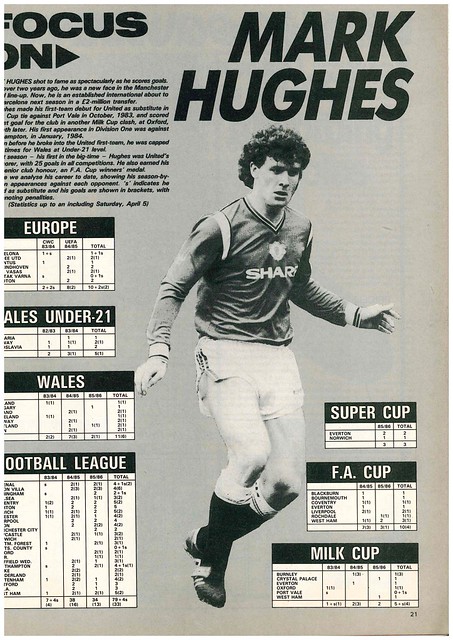 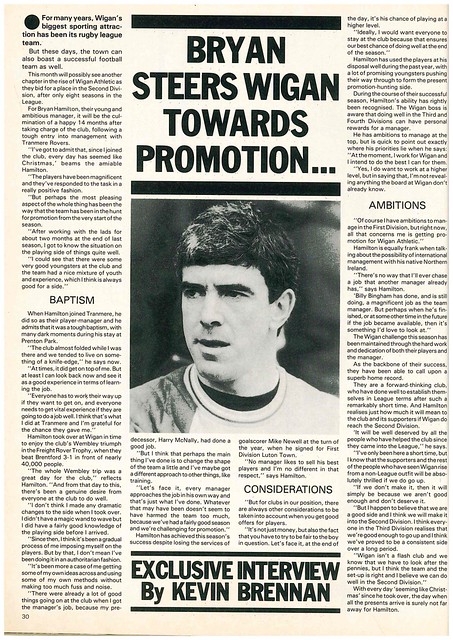 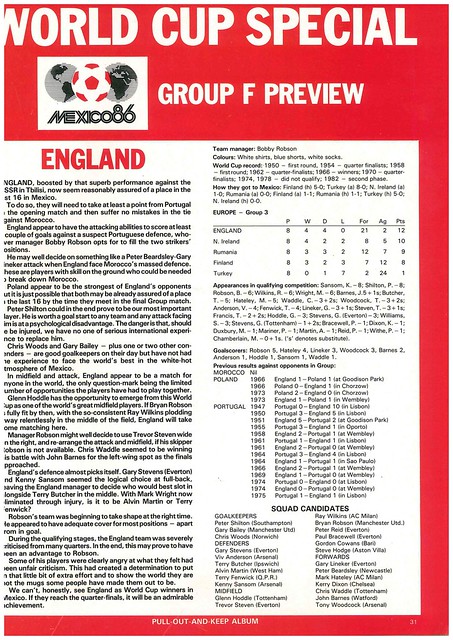 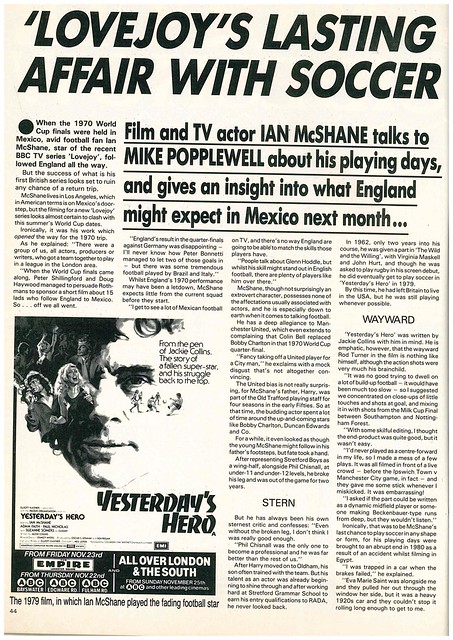 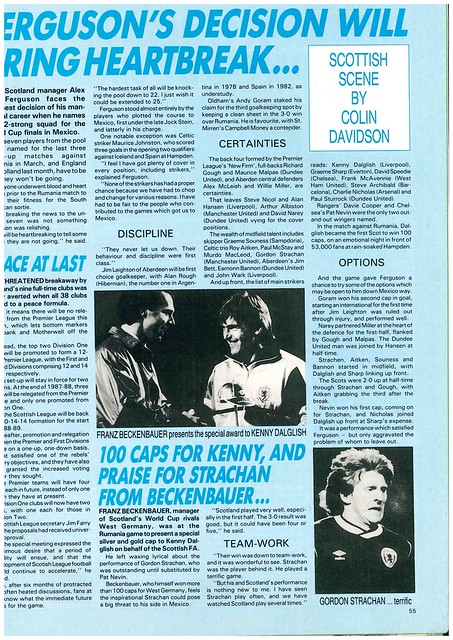 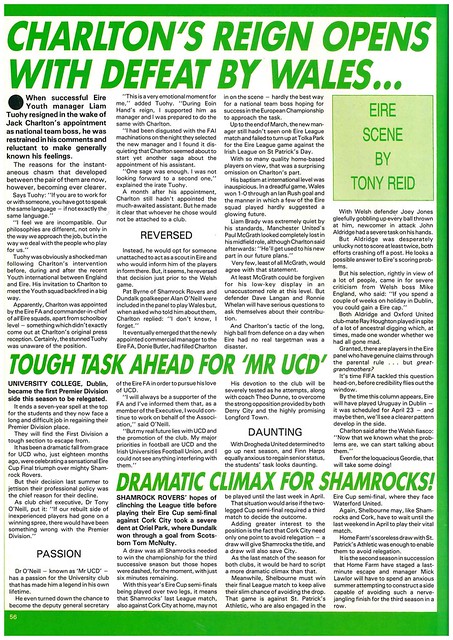 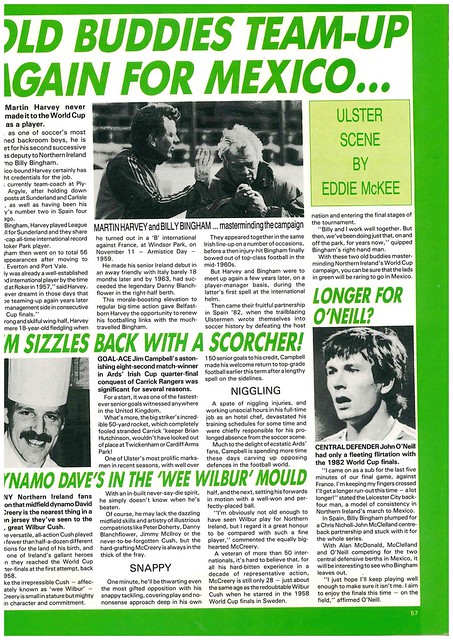 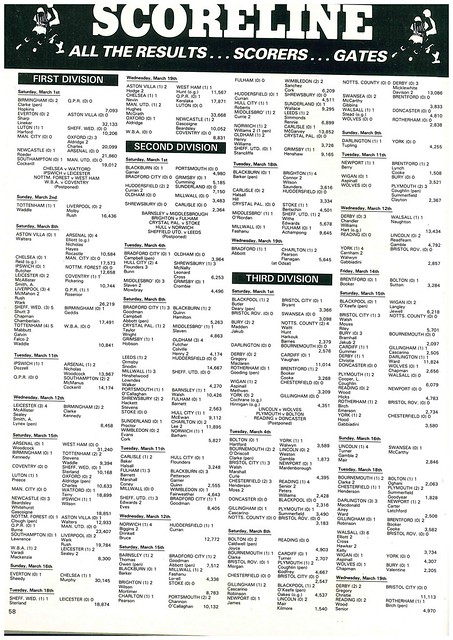 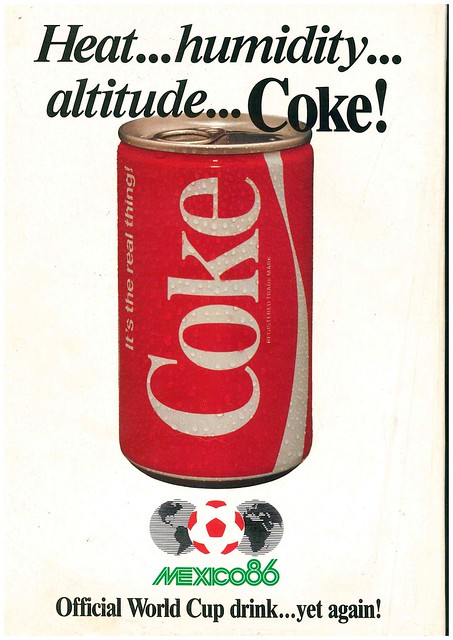