This week, we look back at World Soccer reviewing the 1986 World Cup, which bizarrely has the group game between Brazil and Spain as it’s cover image.

After a double page spread of the final, FIFA President Joao Havelange gets a page to write his review of Mexico 86, and looks forward to Italia 90.

World Soccer continues it’s World Cup review by giving double page spreads to each group, before moving on to the knockout stages.

There was also a full list of all the squads.

Brian Glanville uses his column to comment that Glenn Hoddle is just the latest skillful English footballer in history to be denied the chance to show of his skills for the national team because of tactics.

Meanwhile, in Romania, European Champions Steaua Bucharest are running away with the league title. 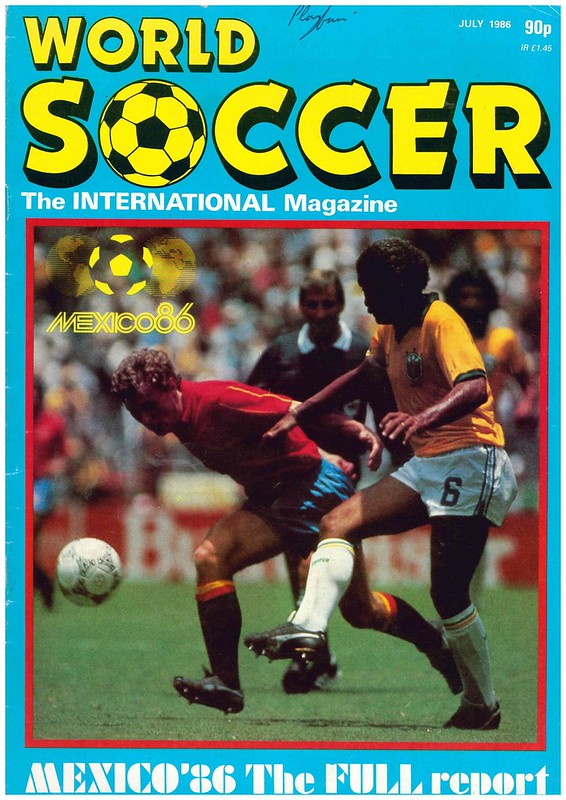 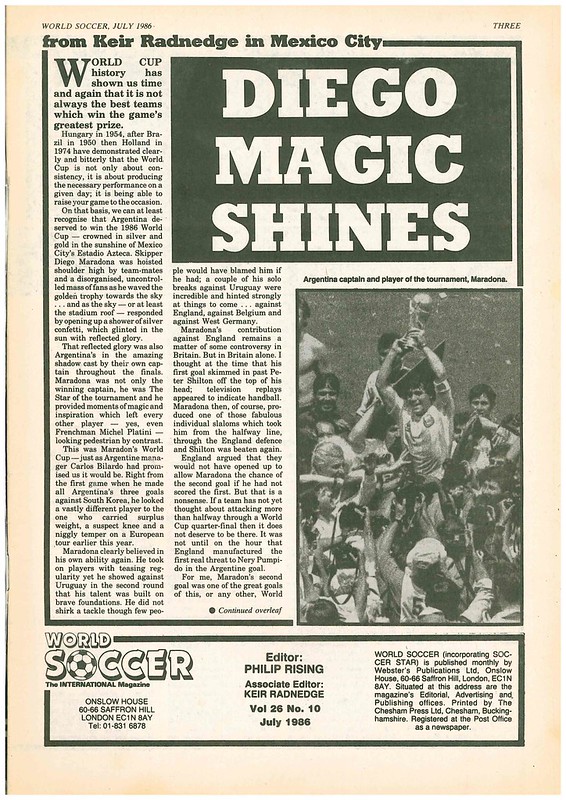 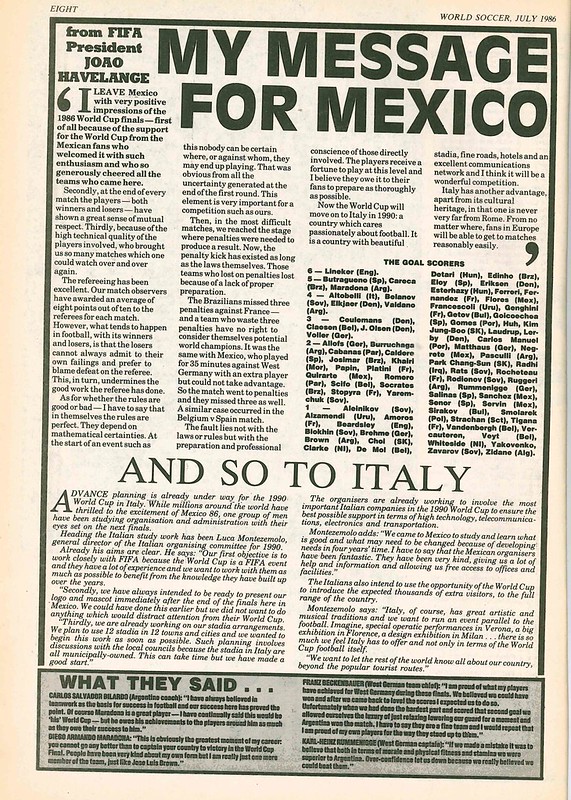 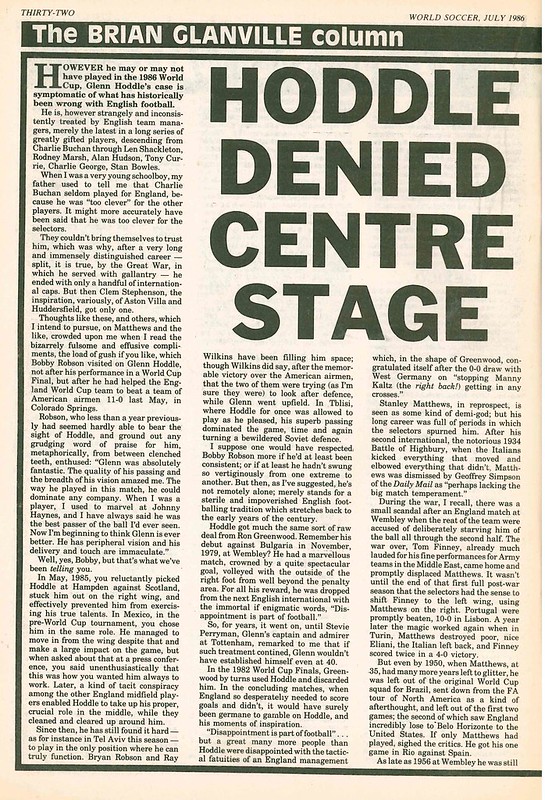 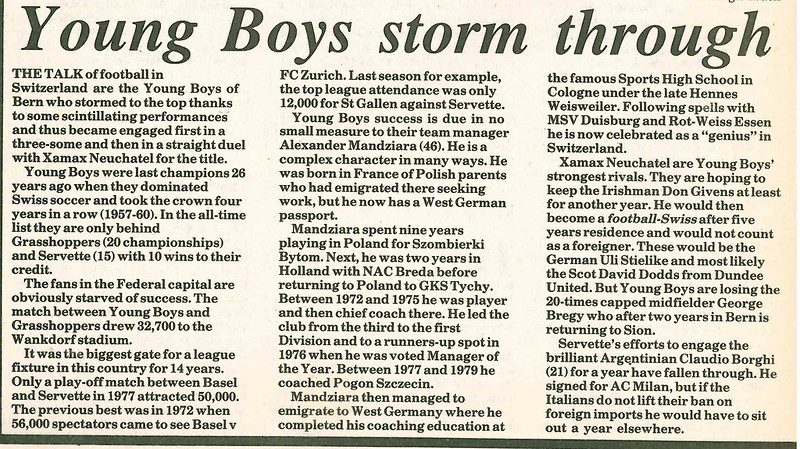 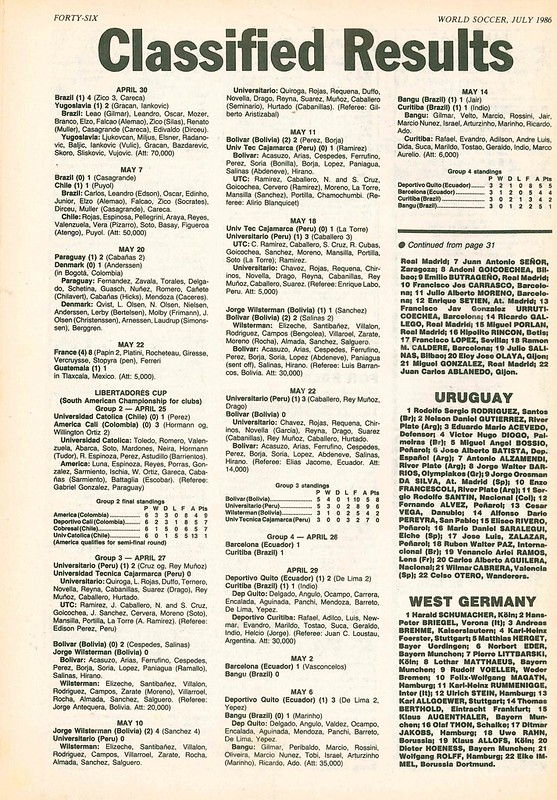