We’re slap bang in the middle of Euro 96, and Stuart Pearce’s celebration after his penalty against Spain being the cover image.

In their cartoon, Gazza and Teddy Sheringham go out for a cup of tea, downing it like they were on the infamous Dentist’s Chair in Hong Kong.

In news, a survey by Cellnet has revealed that 27% of football fans phone friends and family from matches to keep them up to date with scores.

Despite being in the middle of a tournament, Terry Venables gives an interview to 90 minutes where he revelas he considers himself a passionate Celt rather than a sedate Englishman, due to his Welsh and French family background.

There are full page match reports of the final group games of Euro 96, that saw England go through and Scotland go out.

Later on in the magazine, there are reports of the Euro 96 Quarter-Finals.

90 Minutes Live interviews fans outside Germany v Czech Republic at Old Trafford, asking which Euro 96 player they would like to see bitten by a rabid bat.

One Port Vale supporter says Darren Anderton, as he’s sick of his female friends commenting on how good looking he is. 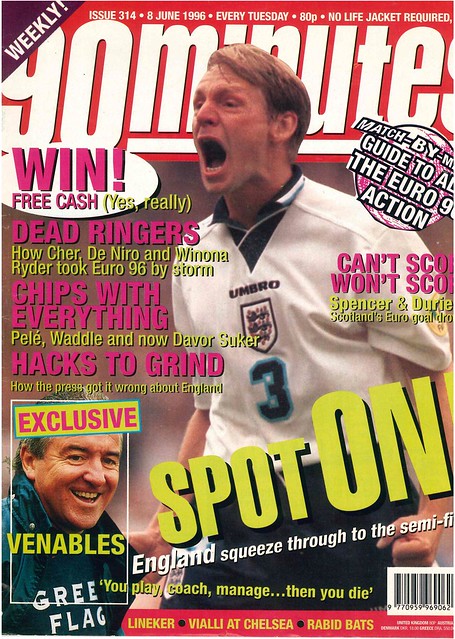 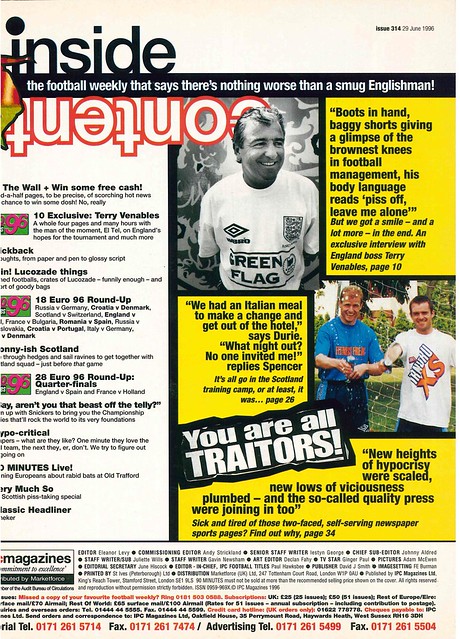 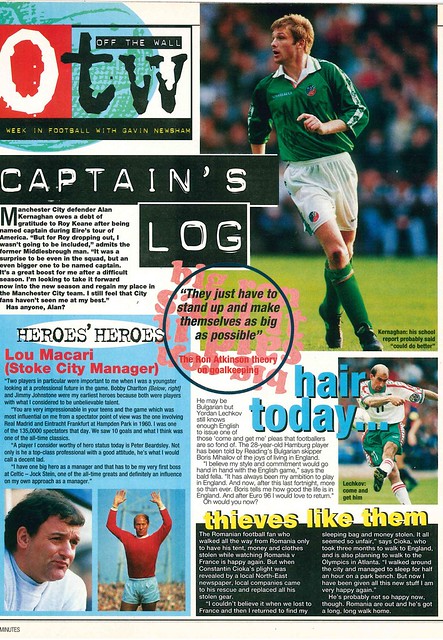 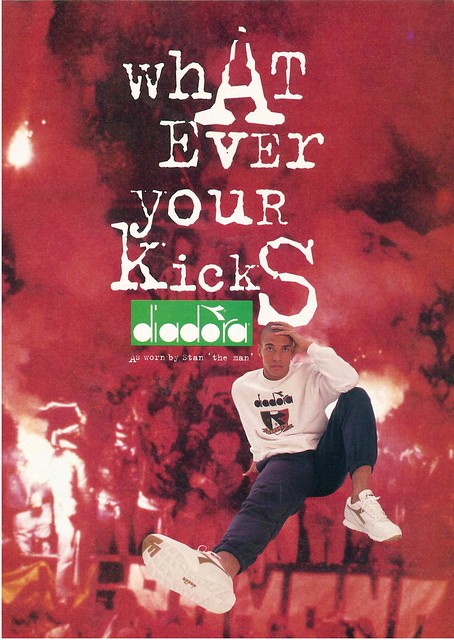 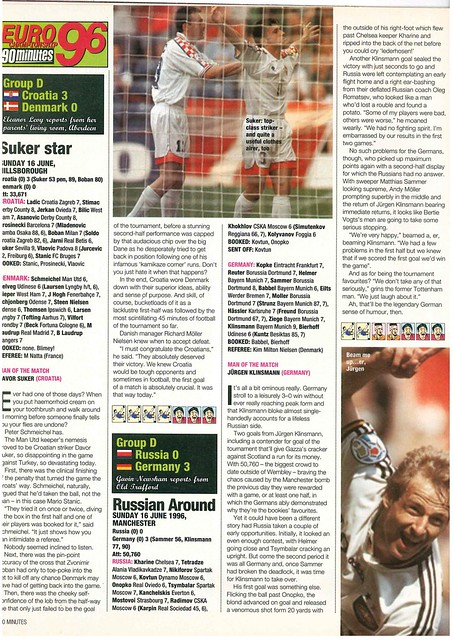 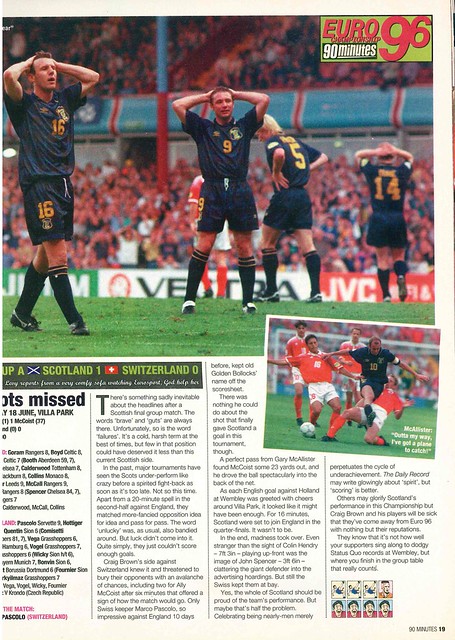 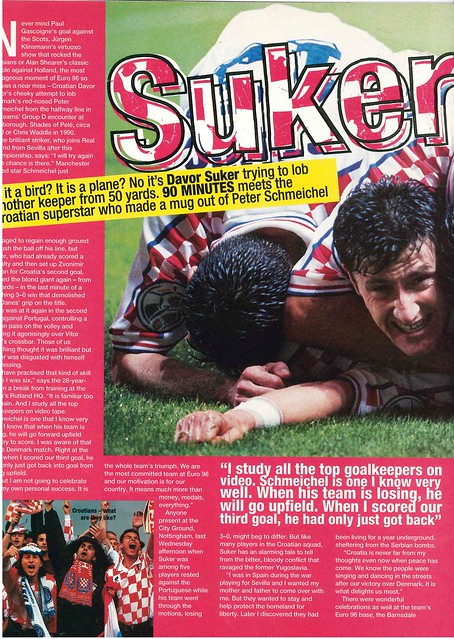 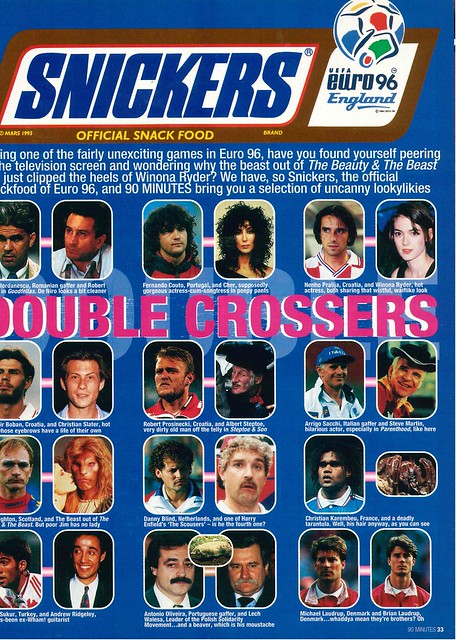 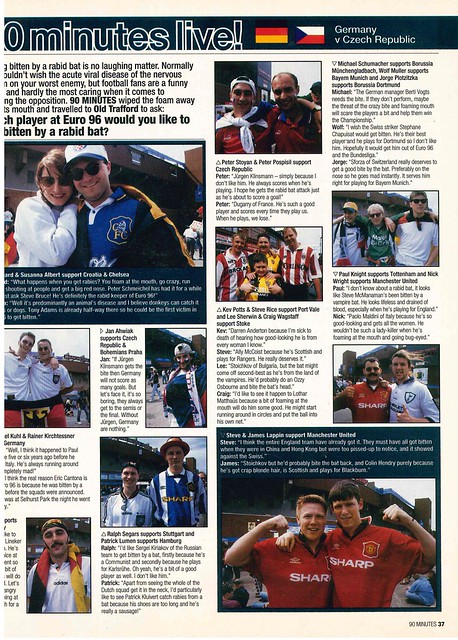