Having scored the goal that took England to the World Cup Finals, David Beckham is the cover star of Match, which reviews England’s successful qualifying campaign.

The man who made Beckham captain, Peter Taylor, is the main story on the contents page, having just been sacked by Leicester City, a year after being Caretaker Manager of England.

There are four pages dedicated to England’s World Cup qualifying campaign, a match by match guide, as well as looking at the dramatic departure of Kevin Keegan as manager, and the appointment of Sven Goran-Eriksson.

There is a “Where Are They Now?” of Leeds United’s 1992 title winning team. The Leeds team of 2001-2002 were hoping to emulate them, sitting top of the Premier League. This magazine had a four page interview with goalkeeper Nigel Martyn.

Players described as “Hot” get a feature, such as Andy Oakes of Derby, Peter Crouch of Portsmouth and Darius Henderson of Reading.

George Burley, manager of Ipswich Town gets an interview, where he says the vacant Scotland job doesn’t appeal to him.

In ads, you could buy Michael Owen’s own brand breakfast cereal. 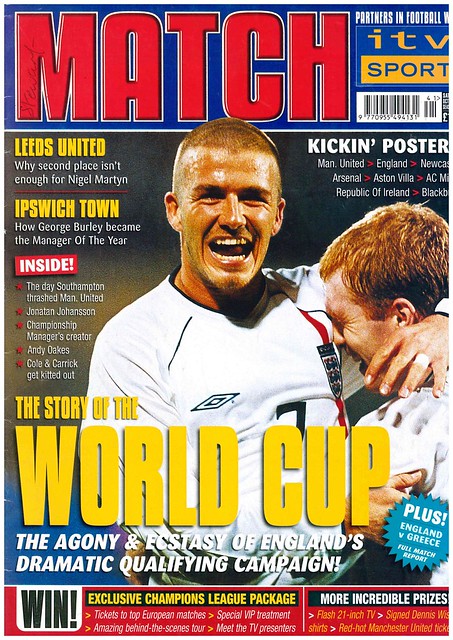 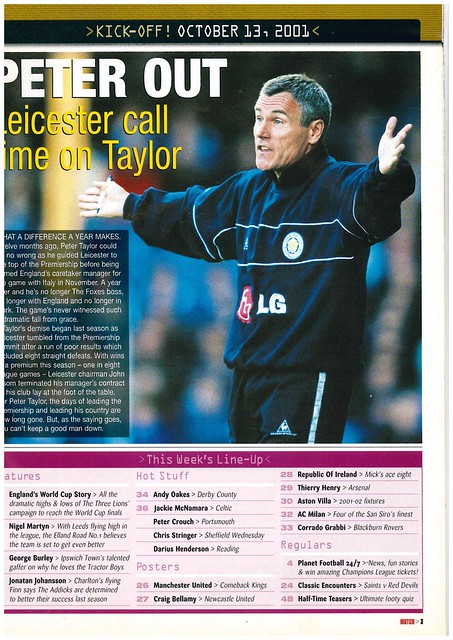 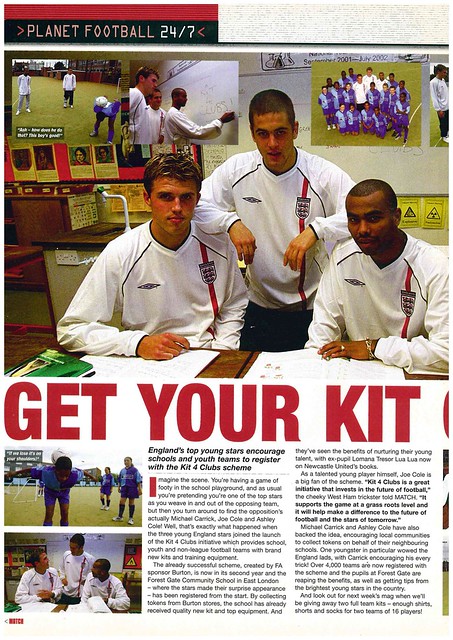 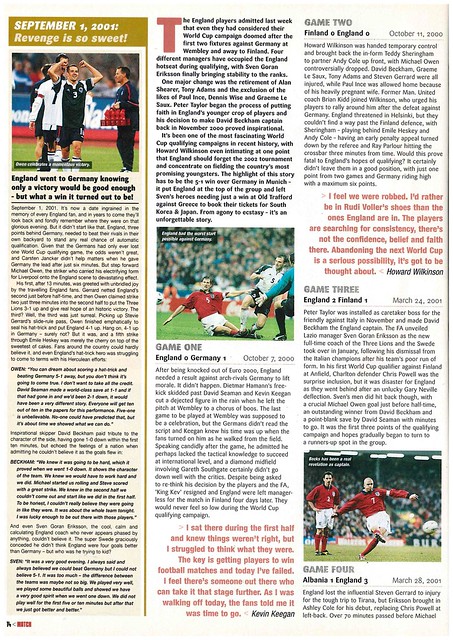 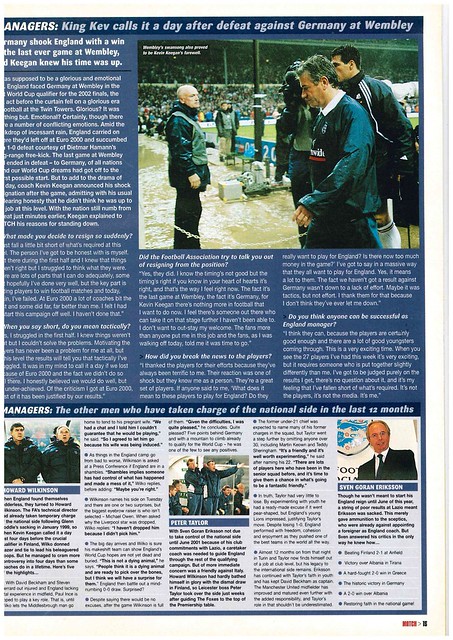 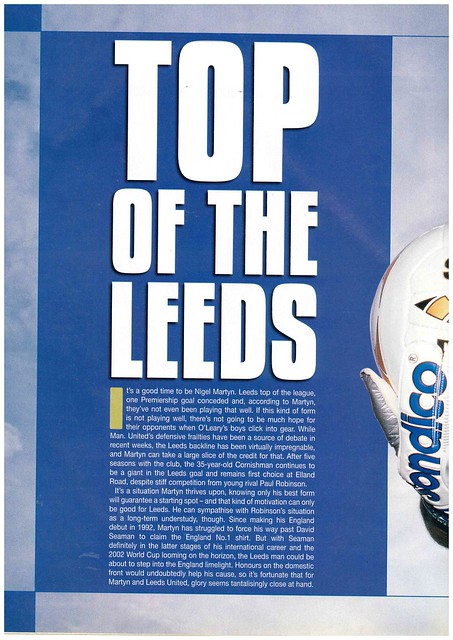 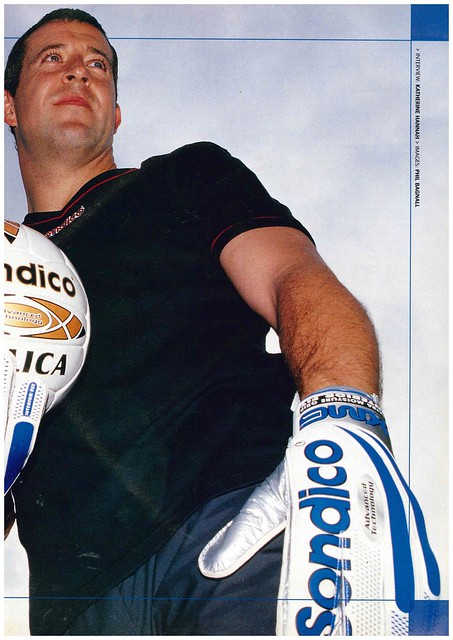 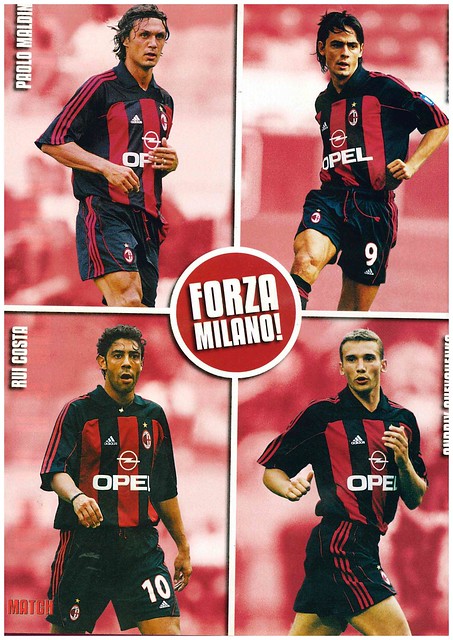 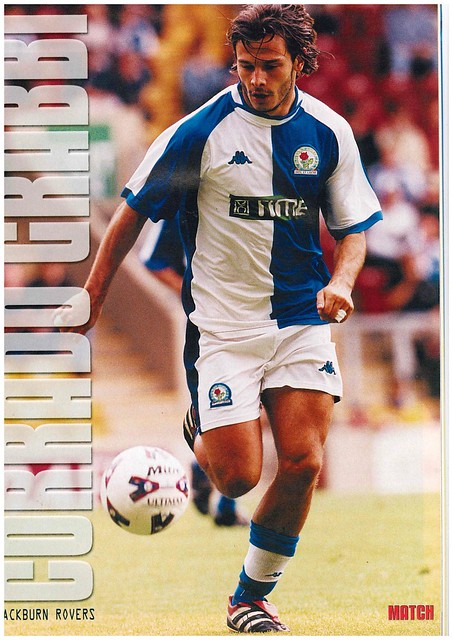 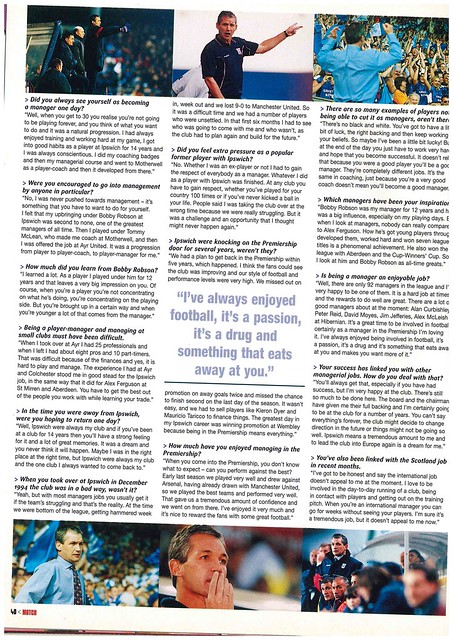 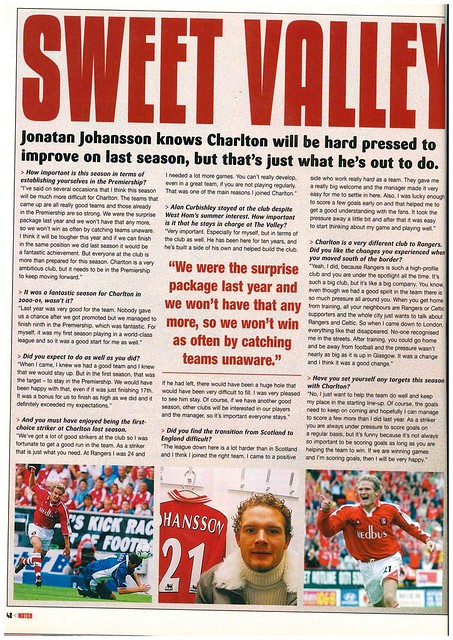 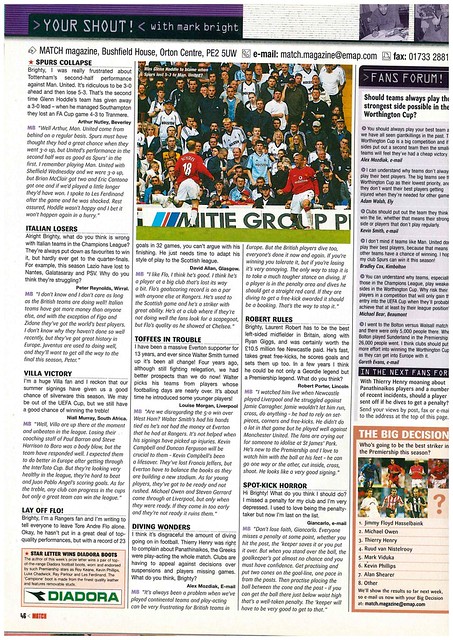 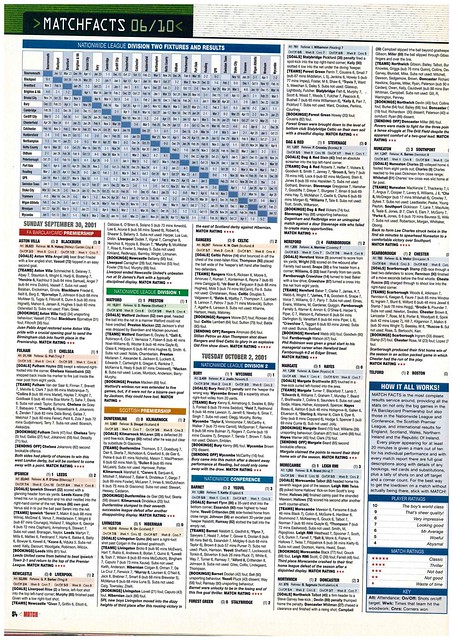 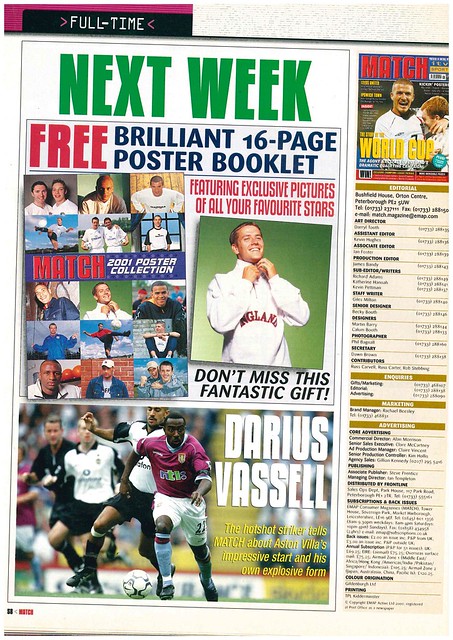 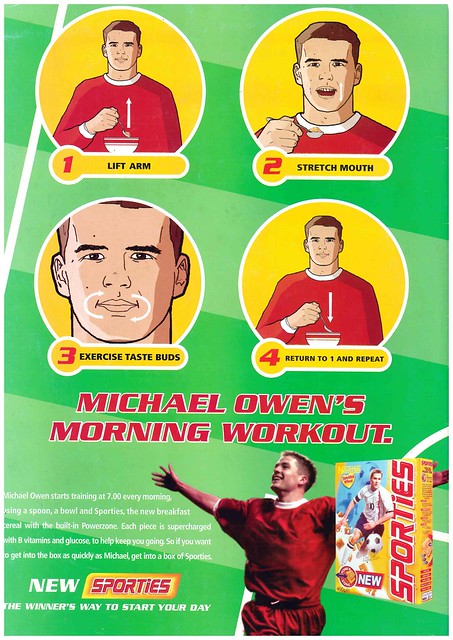