Action from a recent international between England and Scotland is the cover image of World Soccer during the summer of 1973.

The editorial focuses on discipline, with Alan Ball getting an indefinite ban from international football after a red card in Poland, debating if players in English club football should be allowed to appeal a red card.

England’s end of season tour gets reviews – a World Cup Qualifier in Poland (defeat) and friendlies in Soviet Union (win) and Italy (defeat), which have provided more questions than answers.

In Czechoslovakia, Spartak Trnava’s title bid as back on track after some disappointing results.

East Germany’s hopes of qualifying for the World Cuop in West Germany are now relying on their qualifier against Romania later in the year.

In Yugoslavia, Red Star Belgrade have stormed through to take the title.

Going back to Germany, this time to West Germany, it is reported that manager Helmut Schon faces a tough task to add the World Cup in 1974 to the European Championship, after a run of disappointing results.

Meanwhile in France, it is reported that the future of football in the country is described as “healthy”

Despite winning a third successive European Cup, all is not well at Ajax, with Spanish clubs eyeing up their stars. One of those clubs is Barcelona, who blew the title in the run-in, finishing second to Atletio Madrid.

Sunderland’s recent shock FA Cup win, beating the two previous winners en route, has instigated a debate if the difference in standard between England’s first and second tiers is as large as is made out.

In Wales, it is expected that their away game in Poland will decide if they have a chance of going to next year’s World Cup, while Cardiff City are hoping to arrange a special friendly to commemorate the opening of their £250,000 grandstand extension.

There is article on Dave Clements, who has recently emerged as Northern Ireland’s star player.

There is a tribute to John Connelly, a World Cup winner in 1966, who has just retired.

In Spain, clubs are now allowed to play two foreign players, with the writer describing it as a “black day” for Spanish football, as it will attract money grabbing mercenaries rather than improving the standard of Spanish football.

There is a review of the European Cup Final, which focuses more on Juventus poor performance than Ajax’s win.

Juventus were not involved in this season’s Anglo-Italian Cup, with Brian Glanville spending two pages writing about why the competition should be scrapped.

There is a review of the final weeks of the Irish League season, where Glentoran beat Linfield 3-2 in the Irish Cup Final, despite losing goalkeeper Alan Patterson to injury.

There is also a focus on World Cup Qualifying, with the big headline in Europe being the elimination of Hungary.

Scotland’s hopes of reaching West Germany will decided in their crunch encounter against Czechoslovakia in September. 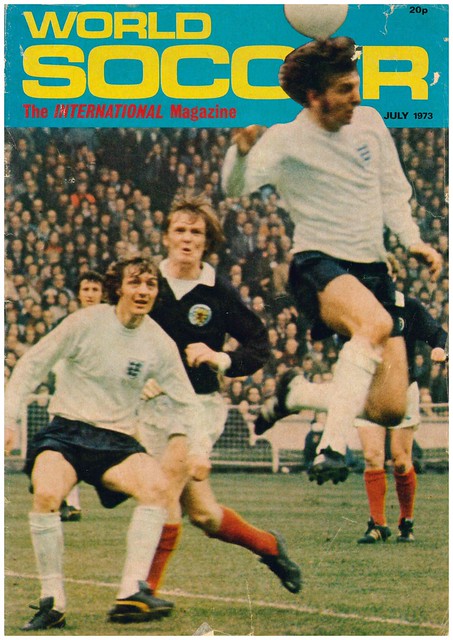 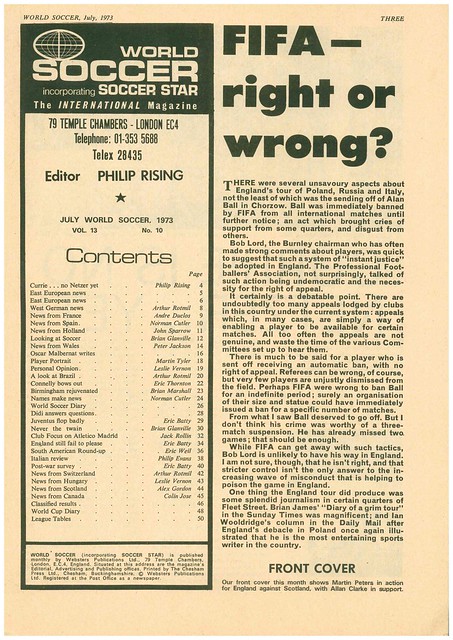 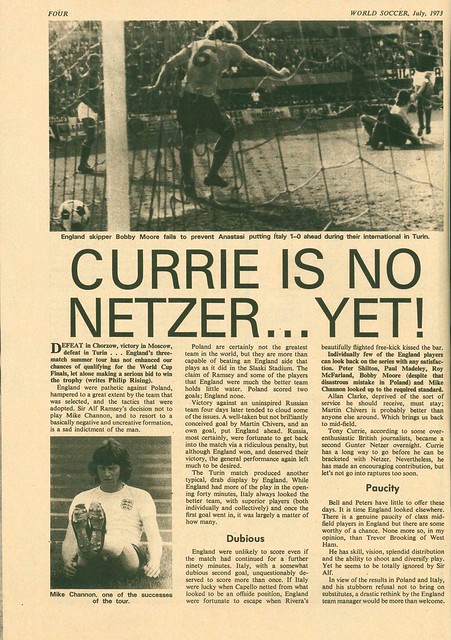 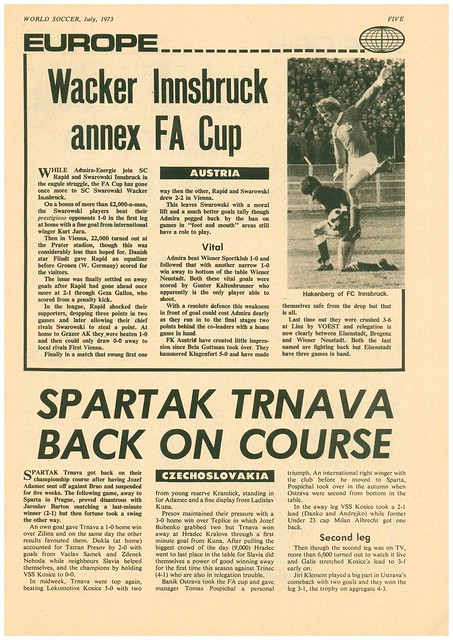 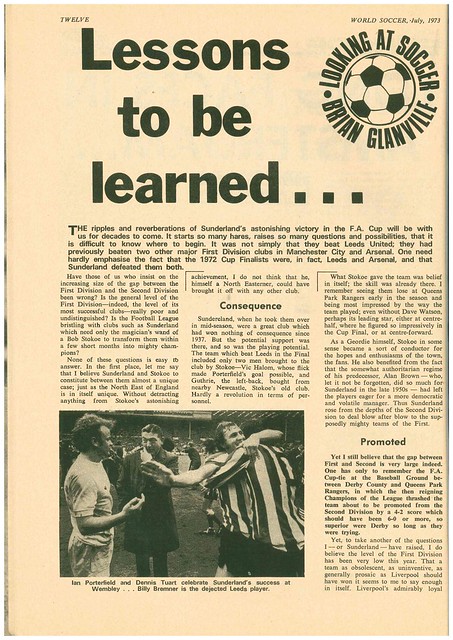 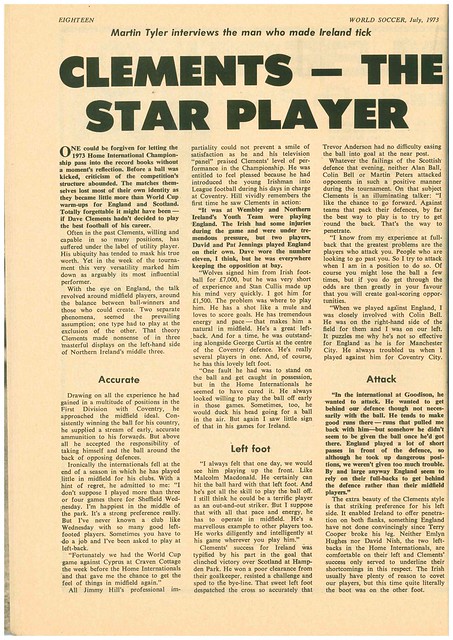 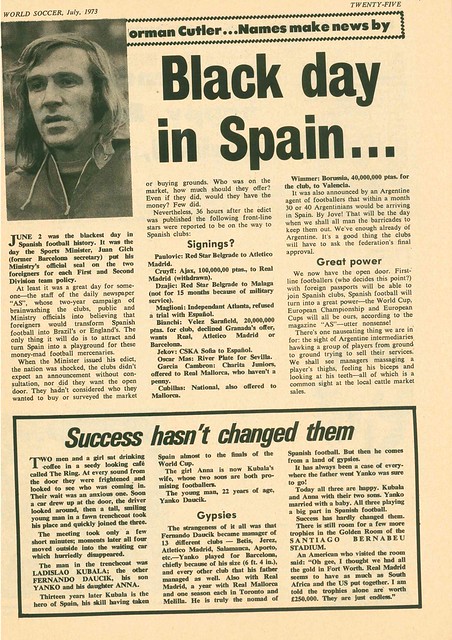 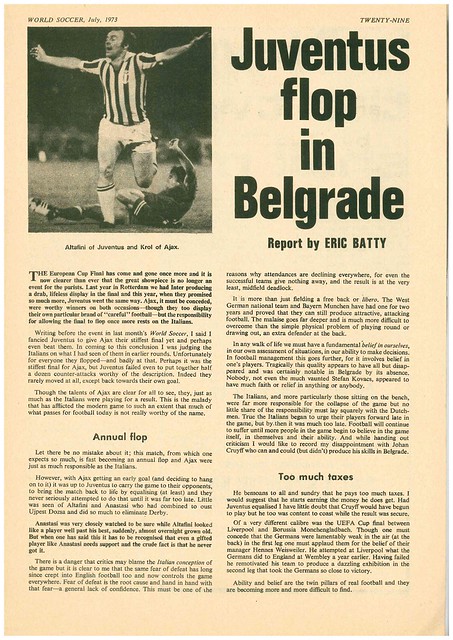 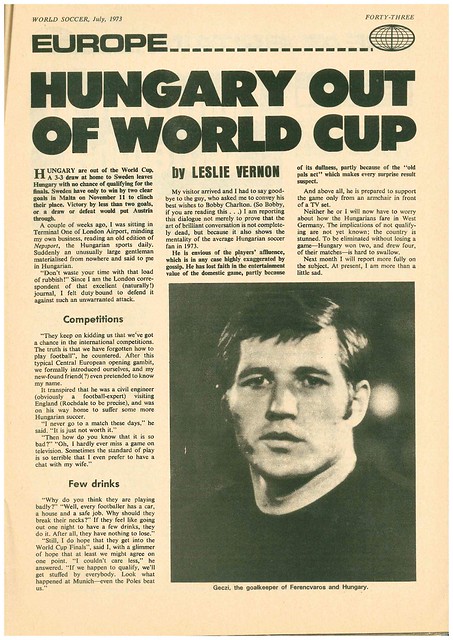 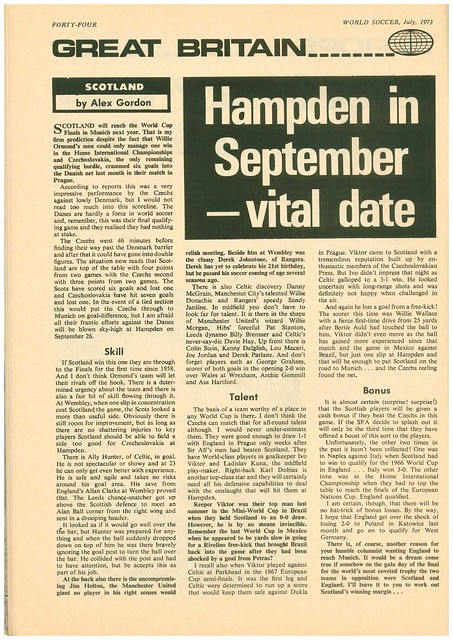