Supergrass are this week’s cover stars of Melody Maker, in a week where Oasis announced details of a UK tour in the summer of 2000.

That Oasis tour will take in gigs in Bolton, London and Edinburgh, amidst rumours that the band will leave Creation to form their own record label.

Rick Witter of Shed Seven is the subject of a Q and A, revealing he didn’t want the band to release a Greatest Hits album, and enjoyed seeing his sister get married to the band’s drummer.

Cover stars Supergrass get four pages as Melody Maker joins them on tour in Germany.

Tim Burgess gets asked about his obsessions, revealing himself to be obsessed with Bob Dylan, and blowing up food in microwaves.

In concert reviews, Melody Maker went to see Foo Fighters in Glasgow and Metallica in Berlin.

Lightning Seeds are this week’s Singles Reviewers, giving the Single Of The Week Award to Longpigs, while sending Ace Of Base to The Dumper.

Cerys Matthews is also the subject of a Q and A, revealing she would avenge a friend’s murder. 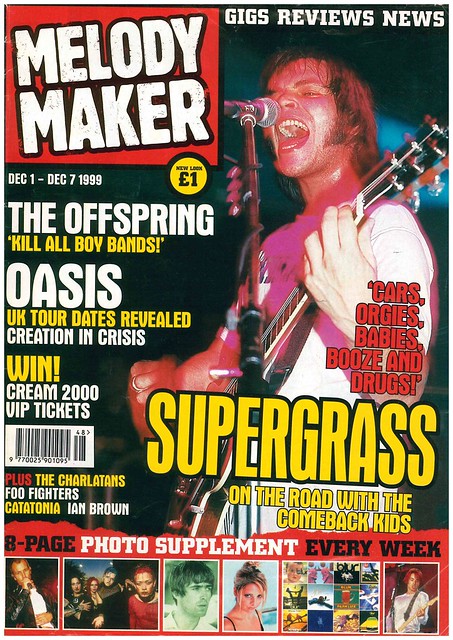 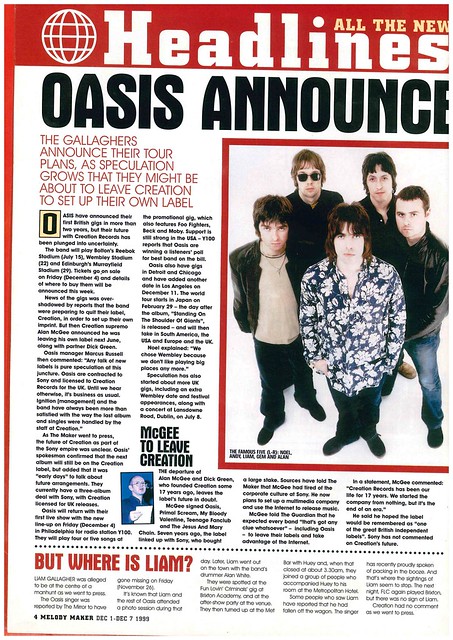 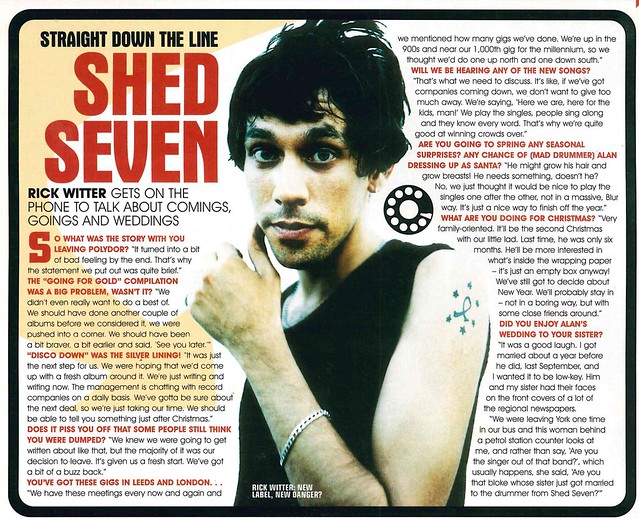 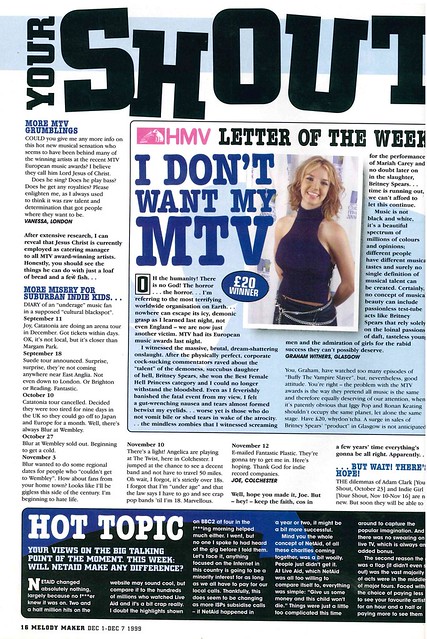 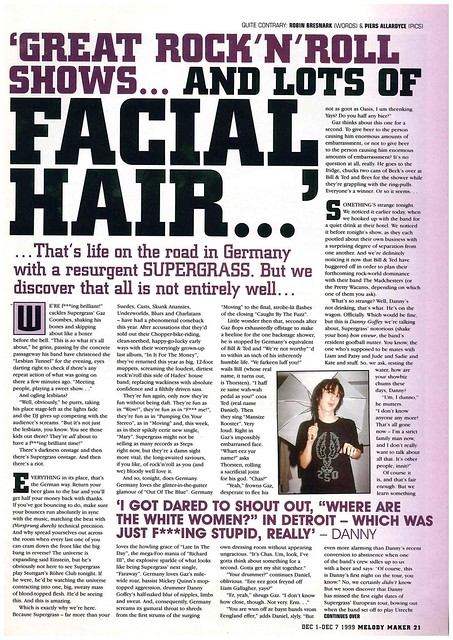 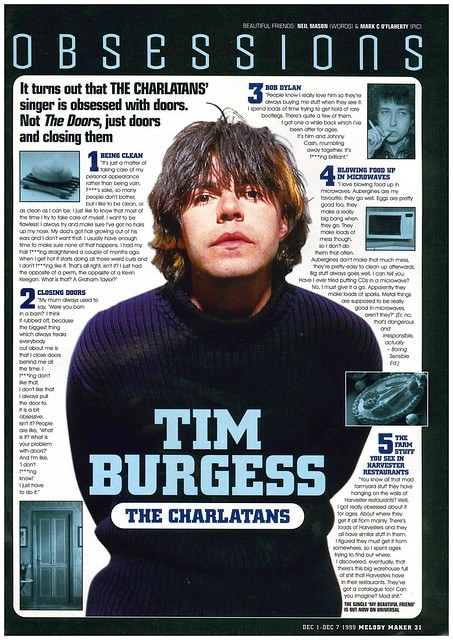 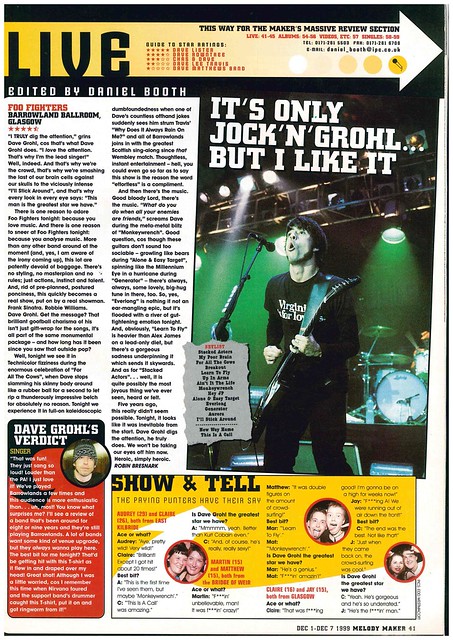 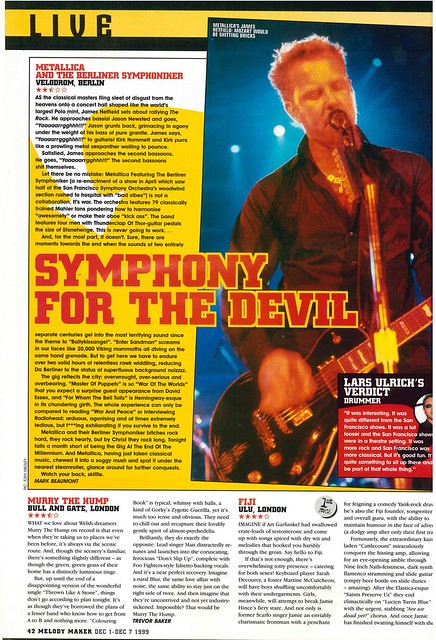 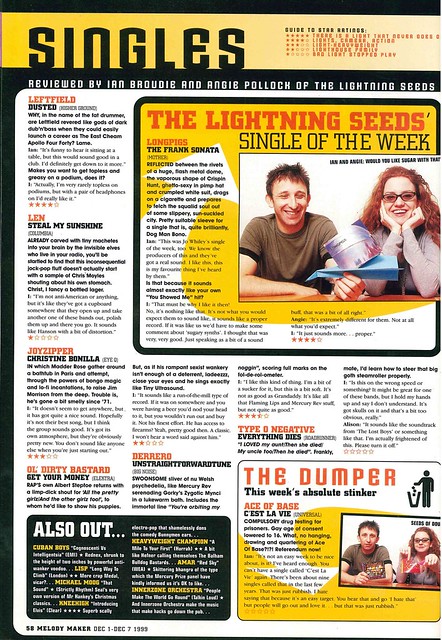 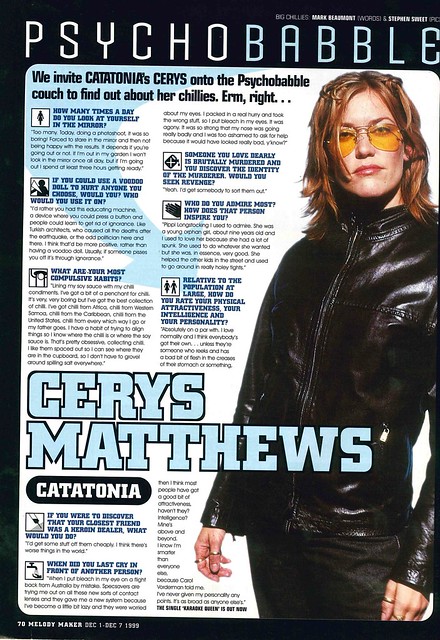