This week, we go back to November 2003, a month when Juan Sebastian Veron of Chelsea was the cover star of World Soccer.

Brian Glanville’s column focuses on the “loutish” Behaviour of Arsenal players in their recent match against Manchester United, described as a “contrast” to the behaviour of their manager.

Wenger is also the subject of another columnist, who compares him to Eric Cantona, due to his “underachievement” in European competition.

In Spain, Barcelona and Real Madrid’s duopoly at the top of the table is being threatened by Valencia and Deportivo La Coruna.

In Italy, the death of a Napoli fan outside an away ground has created fears that hooliganism is returning to Italian football.

Hooliganism is a theme of this issue, with violence taking place at matches in Argentina.

Staying in Argentina, Juan Sebastian Veron gets a two page profile, after winning over Argentina fans after being a symbol for the national team’s failure at the previous year’s World Cup.

Arsene Wenger gets interviewed, he’s quite prominent in this issue, and talks about Arsenal’s proposed new stadium at Ashburton Grove.

Euro 2004 countdown has a profile of Bulgaria, their first tournament since the 1998 World Cup, and Czech Republic.

There is a look at the bids to host the 2010 World Cup, which will be held in Africa, with Libya, Egypt, Morocco, South Africa and Tunisia hoping to host it.

Holland have been forced to make do with a play-off place in Euro 2004 Qualifying, and with turmoil in the camp, there is serious concern they could miss out on a second successive tournament after missing out on the 2002 World Cup.

In Scotland, the big transfer news is that Fabrizio Ravanelli has signed for Dundee.

Eric Abidal gets profiled after being set to become to first Lille player to play for France since 1979.

There is a review of the Euro 2004 qualifiers, with eleven out of the sixteen teams confirmed, and previewing the play-offs which will determine the other five qualifiers. 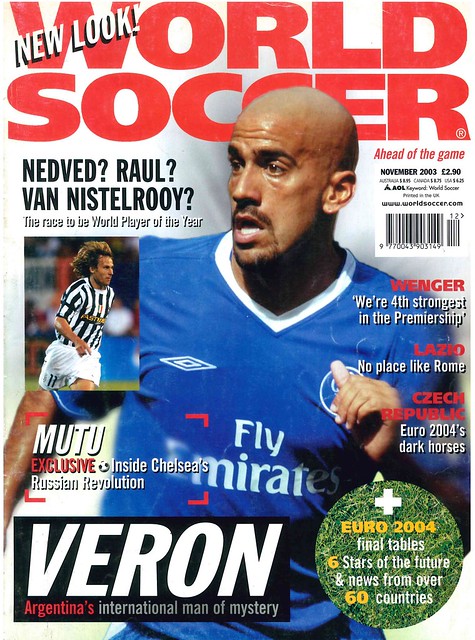 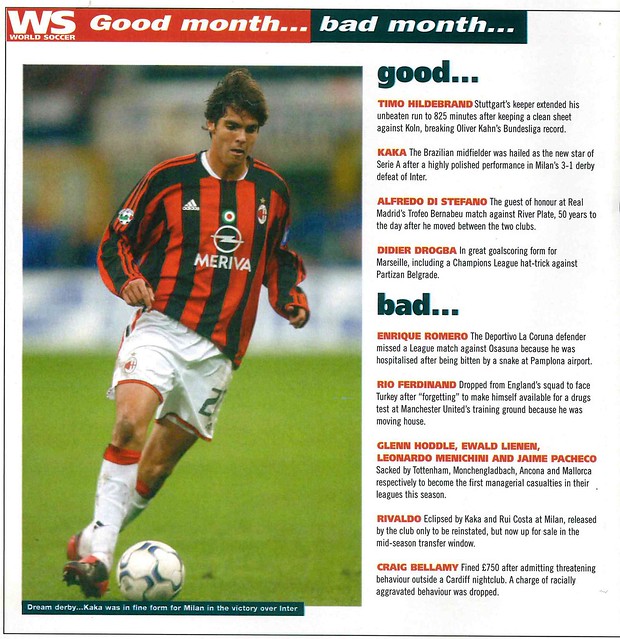 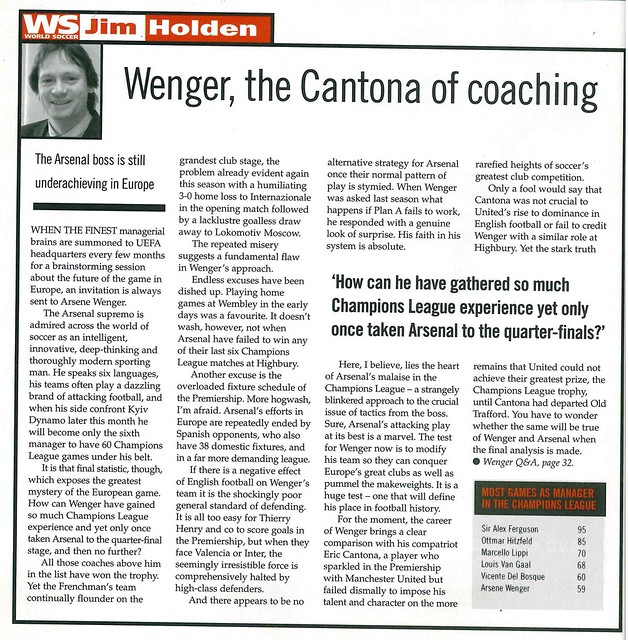 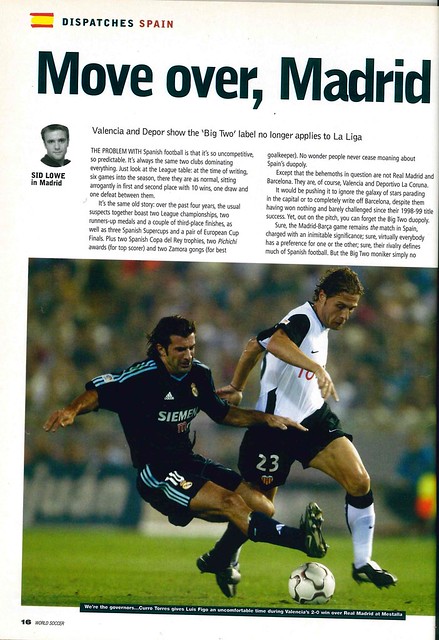 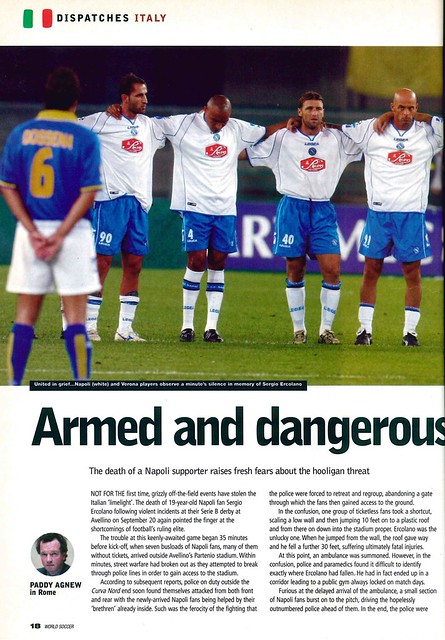 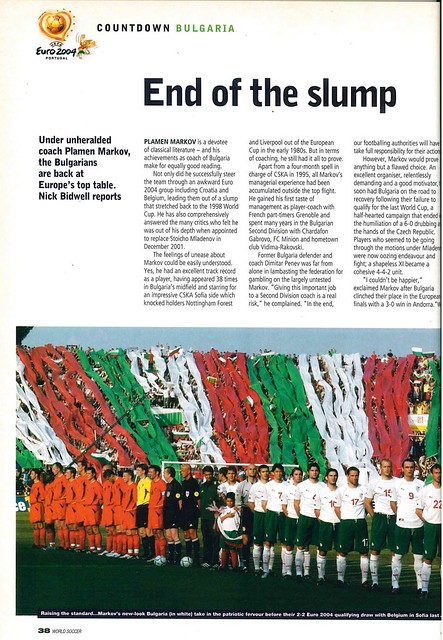 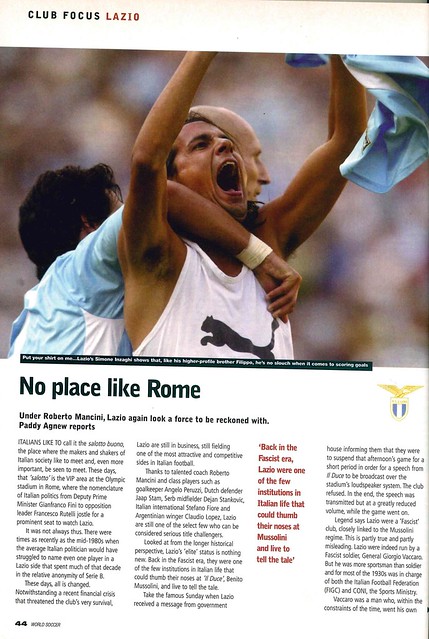 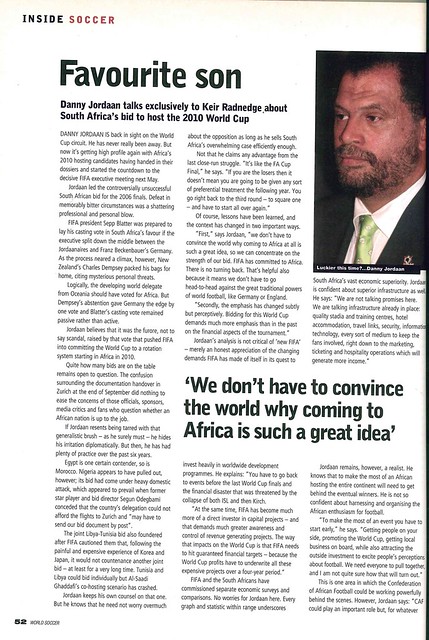 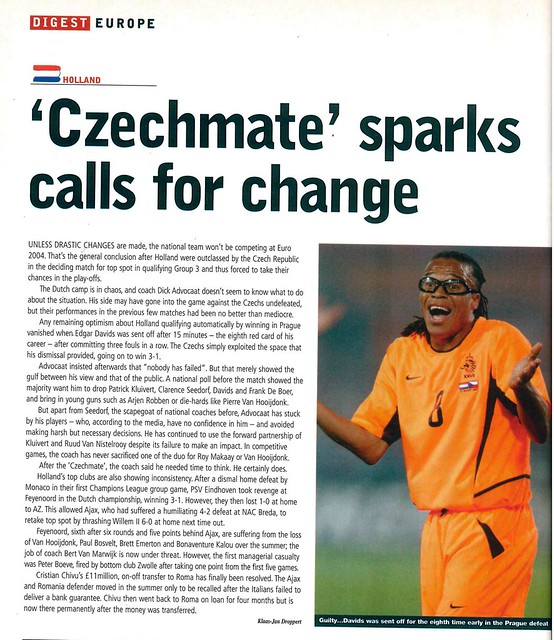 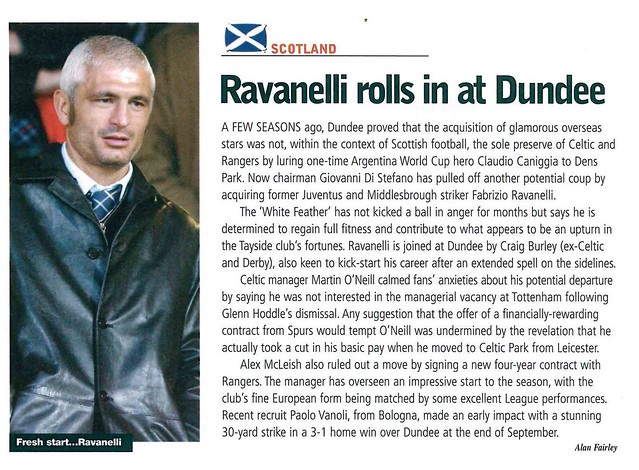 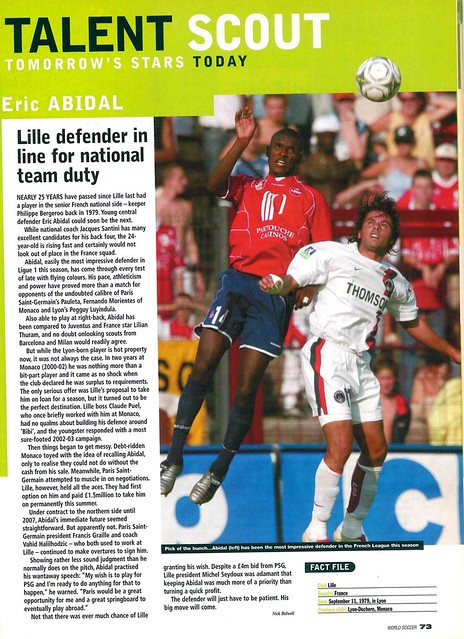