Various stars from Barcelona are the cover stars of this edition of Four Four Two, as the club are at the beginning of a revival after a few lean years at the start of the century.

Steve McManaman is the subject of this Month’s Cash For Questions, where he urges Wayne Rooney to stay at Everton, and reveals his first footballing hero was Bob Latchford.

Brian Clough uses his column to suggest that Trevor Brooking should replace Sven Goran-Eriksson after a sex scandal involving the Swede. Clough died before this magazine hit the shelves.

Lloyd Dyer of West Brom and Alan Blayney of Southampton are the subject’s of this month’s The Boy’s A Bit Special. Blayney reveals he doesn’t share Antti Niemi’s love of Metallica and Iron Maiden.

Robbie Savage uses his column to talk about his excitement about the forthcoming World Cup Qualifier between England and Wales at Old Trafford. It would be a match he wouldn’t take part in as he was suspended after his red card against Northern Ireland the previous month. He never played for Wales again.

Lawrie McMenemy is subject to a Q and A where he reveals that he’s not much of a drinker.

New Chelsea goalkeeper Petr Cech is also subject to a Q and A, where he reveals that Arsenal were interested in signing him in 2002. Eventually, in 2015, he would sign for Arsenal.

Cover stars Barcelona get 15 pages of coverage, as they return to the Champions League after a season in the UEFA Cup, after a turbulent period at the start of the century. That month, they would give a debut to an unknown teenager called Lionel Messi.

Gilberto Silva of Arsenal reveals a dark secret to Four Four Two ……… he plays the Mandolin.

Pete Winkleman is interviewed as MK Dons begin their first season in Milton Keynes, having stolen Wimbledon’s place in the Football League.

Elswhere in the Football League, there is a full page feature on Nick Barmby, as he has signed for his local club Hull City.

In Scotland, there is turmoil at Hearts as the club plans to sell Tynecastle and play home games at Murrayfield. 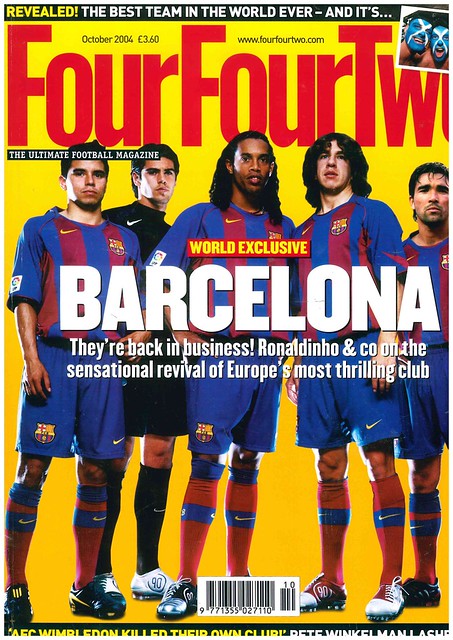 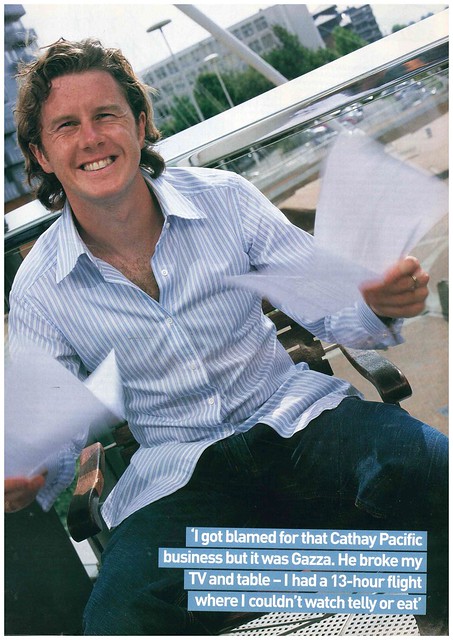 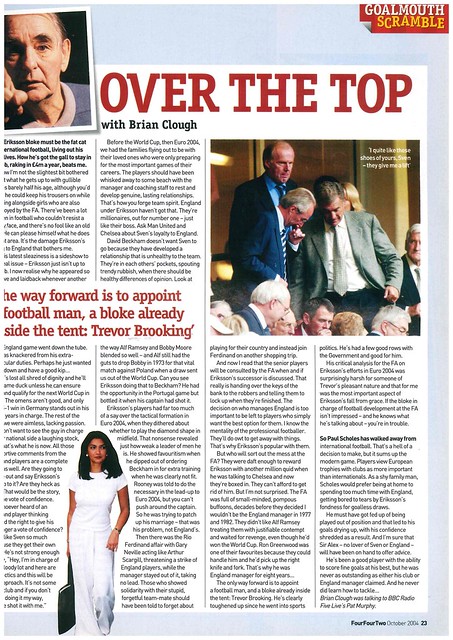 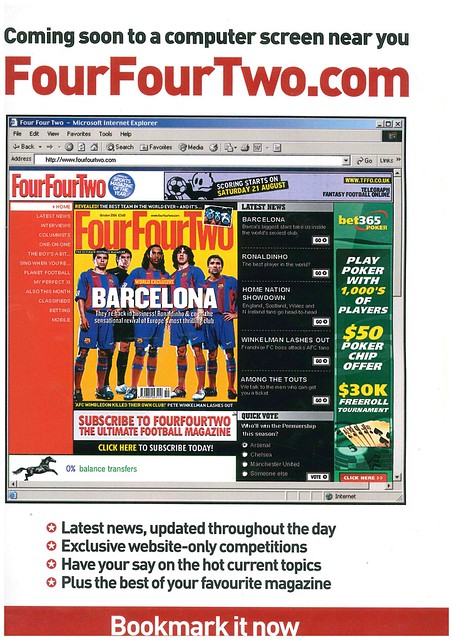 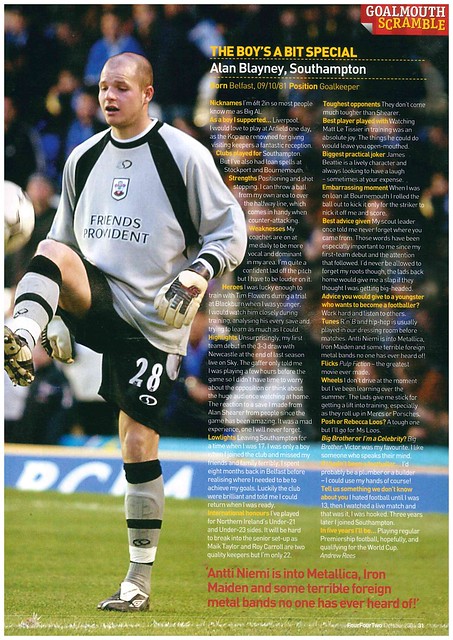 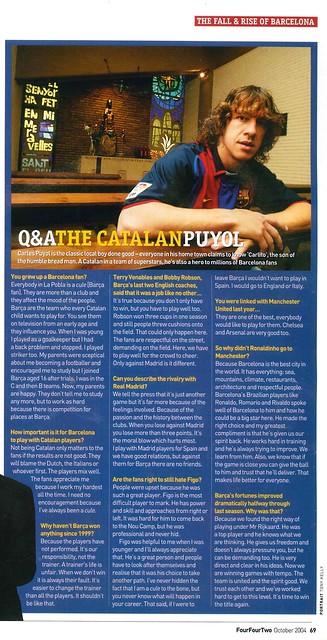 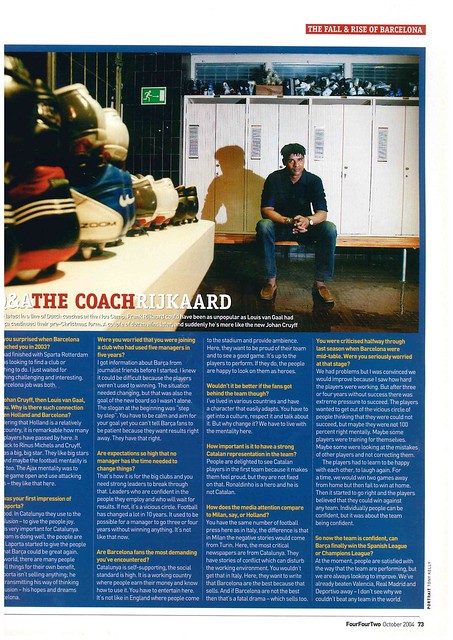