Kanu and Thierry Henry are the cover stars of this edition of When Saturday Comes, modestly complimenting themselves on Arsenal’s brilliant start to the season.

This editions editorial focuses on footballer’s autobiographies, after Manchester United have banned their players from writing autobiographies after the fall-out from Roy Keane’s recent book.

The furore, gets further investigated in a full page article.

Across the page, there is an article about Darlington’s failed bid to sign Faustino Asprilla, ahead of their move to a 25,000 seater stadium in 2003.

Talking of new stadiums, there might be new ones coming in Republic of Ireland and Scotland, as both countries are making a joint bid to host Euro 2008, with the lack of current stadiums in both countries getting featured by WSC.

The 2003 Women’s World Cup Qualifiers get featured, with France standing between England and a place in the finals.

The French are now allowing their women’s team to use the Clairefontaine facility that the men’s team used to win the 1998 World Cup, and have set a goal of winning the women’s one by 2007.

The tournament was moved from China to USA due to the SARS outbreak, while France won the Qualifier but went out in the group stages. They didn’t win the 2007 competition.

There are features on recently relegated Midlands clubs Derby County (2002) and Coventry City (2001) as they try to get back to the Premier League.

Ahead of a documentary which is about the be premiered, there is a double page spread on the North Korea team that reached the 1966 World Cup Quarter-Finals.

Peter Taylor is helping out at Peterborough, just two years after being England manager, which is covered with the witty headline “From Becks To Posh”

There is a profile of Richard Witschge, highly rated by Johan Cruyff but couldn’t get a game for Blackburn.

Sepp Blatter has just been re-elected FIFA President, and one writer takes him up on his promise to give Oceana an automatic World Cup place.

WSC heads to Norway to look at the problems in club football caused by Rosenborg’s dominance in the 1990s.

Talking of declines, WSC looks at the decline of Scotland and Austria as European forces, focusing on a Champions League game between Sturm Graz and Rangers in 2000.

The magazine ends with a look at the highlights and lowlights of Sheffield United. 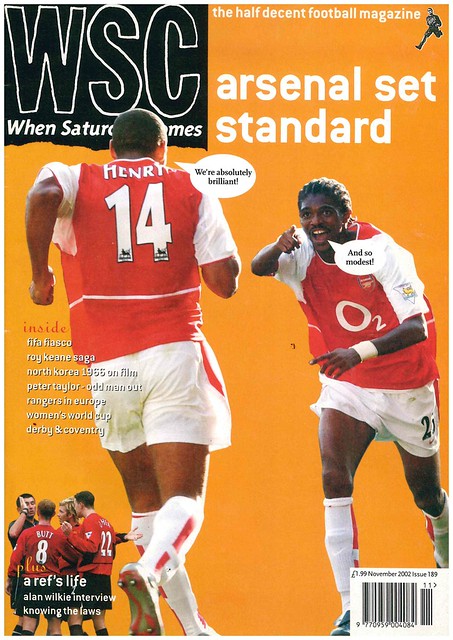 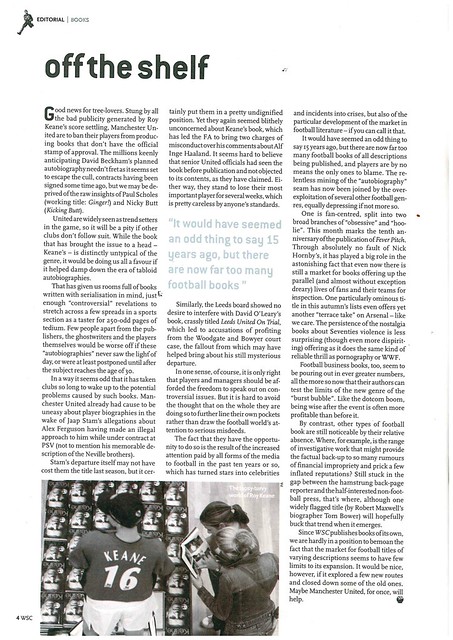 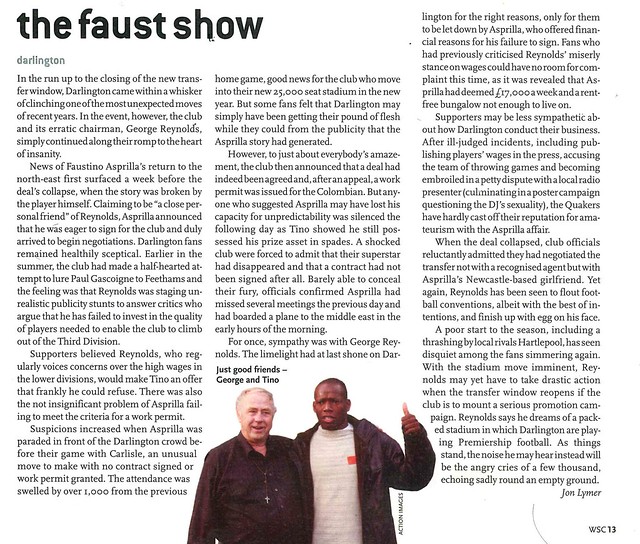 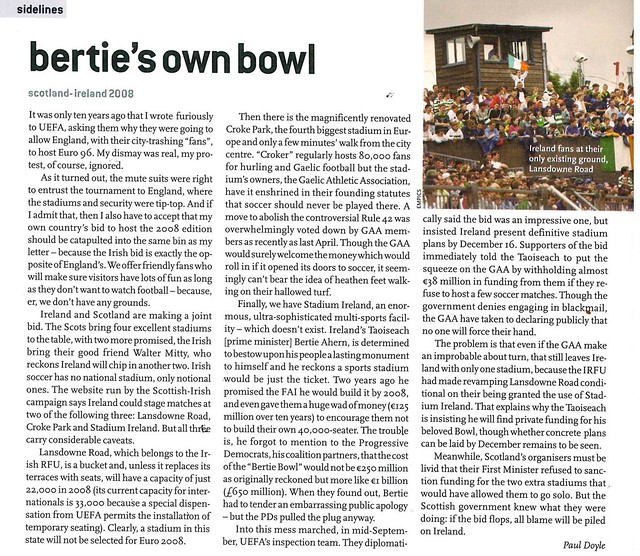 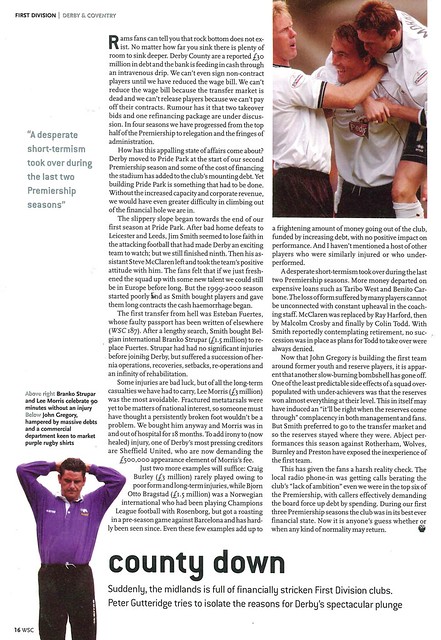 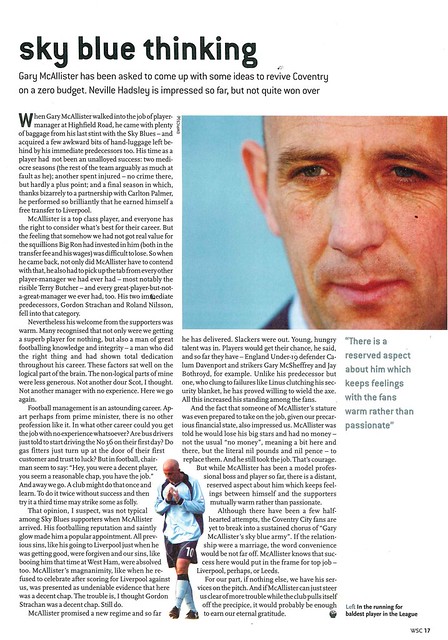 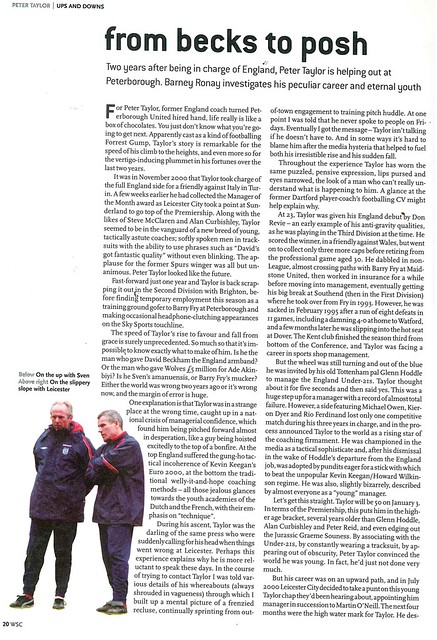 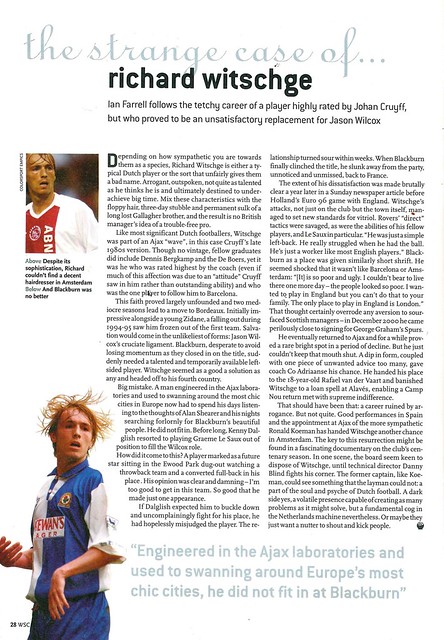 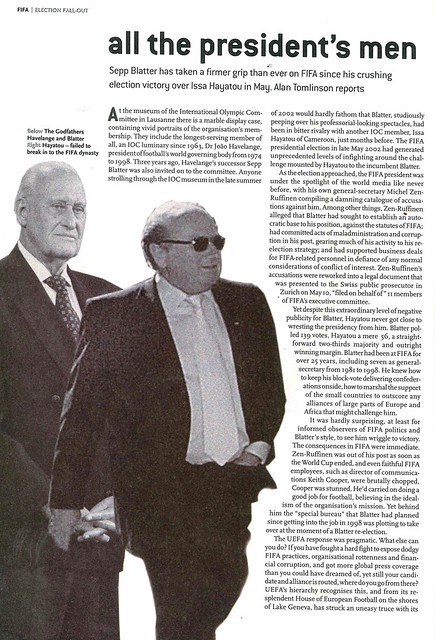 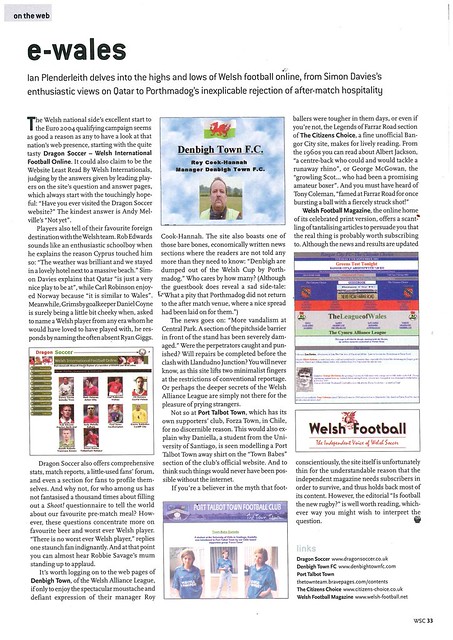 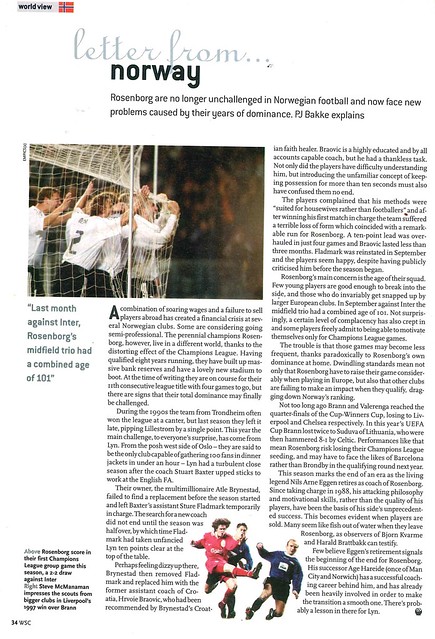 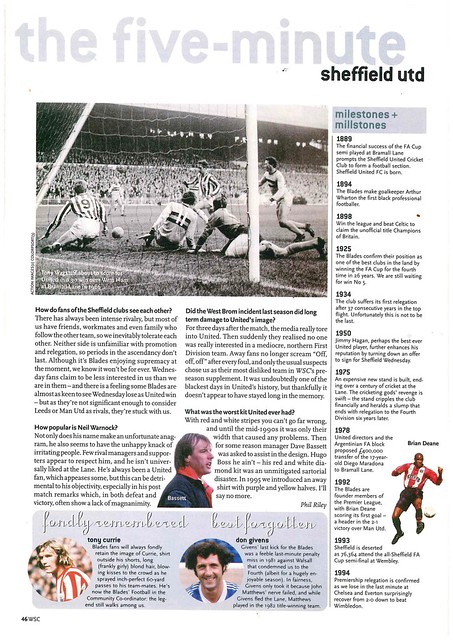