It’s the summer of 1989 and clubs are getting ready for the new season, as Paul Stewart is cover star of Shoot, telling him of his “White Hart Pain”

The pain in question was a disappointing 1988-1989 season following his move from Manchester City, which gets a double page feature as soon as you open the magazine.

Everton’s new signings Stefan Rehn and Martin Keown get a double page, with Rehn giving up his job as a Painter and Decorator to play in England, while Martin Keown hopes his move to Goodison Park will fulfill his dream of winning the league, which he thought had disappeared when he left Arsenal.

Also leaving Aston Villa was Alan McInally, with Graham Taylor facing criticism from angry fans over the sale. Taylor himself was angry with the conduct by Bayern Munich in the deal, who he says illegally approached his player.

Another player heading to the Continent was Chris Waddle, who has just left Tottenham Hotspur for Marseille, with Spurs manager Terry Venables telling Shoot that this is an opportunity for Gazza to come out of the shadows and become a big star.

Brits abroad were all the rage is this issue, with John Toshack getting a full page profile having just been appointed manager of spanish champions Real Madrid.

Rangers and Celtic are hoping that the Home Office will grant them permits for foreign signings, with Thomas Madigage of South Africa wanting to go to Rangers, and Dariusz Dziekanowski wanting to sign for Celtic.

Lou Macari is the new manager of West Ham, and has told his players they have to toughen up if they want to win promotion.

Tony Agana and Brian Deane are featured as part of a feature called Dynamic Duos, inspired by the cinematic success of the Batman movie, which didn’t actually feature Robin.

This week’s Player Profile was Alan McCleary of Milwall. Disappointingly, they asked him football related question and not who is favourite band is.

The magazine ends with Bryan Robson using his column to declare that Manchester United’s signing of Mike Phelan and Neil Webb will be the best signings of the summer. 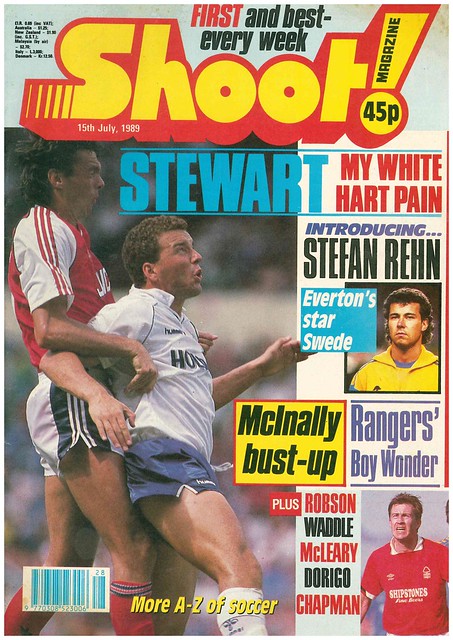 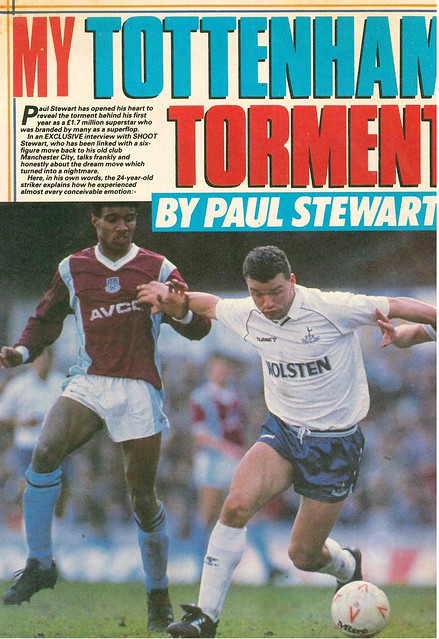 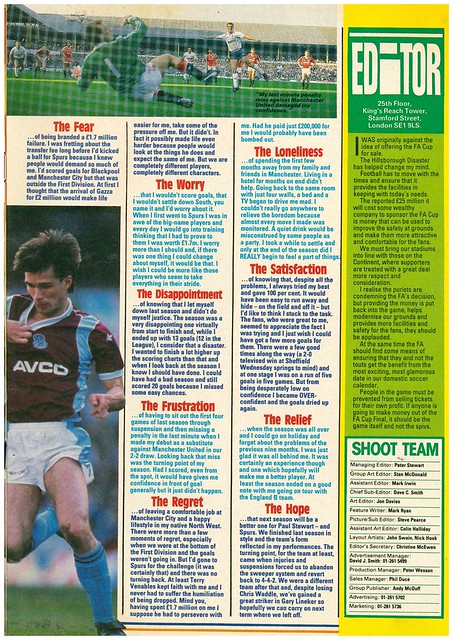 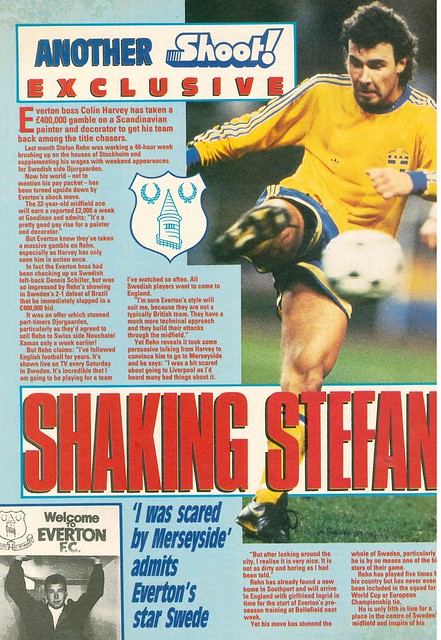 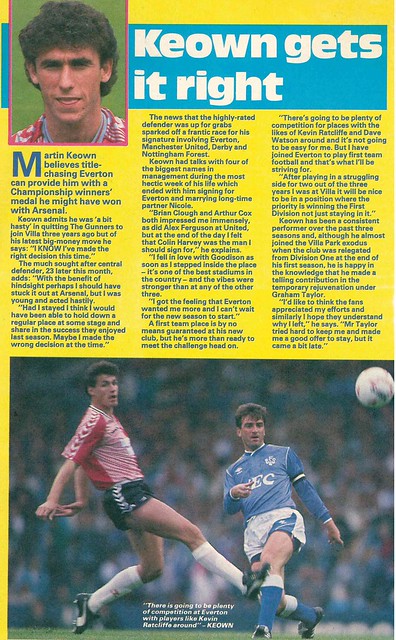 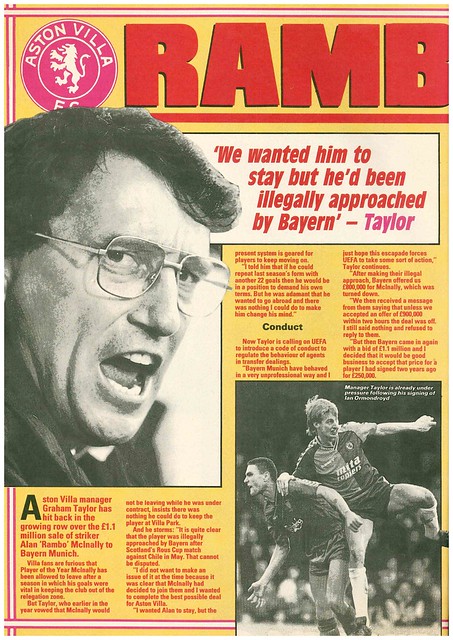 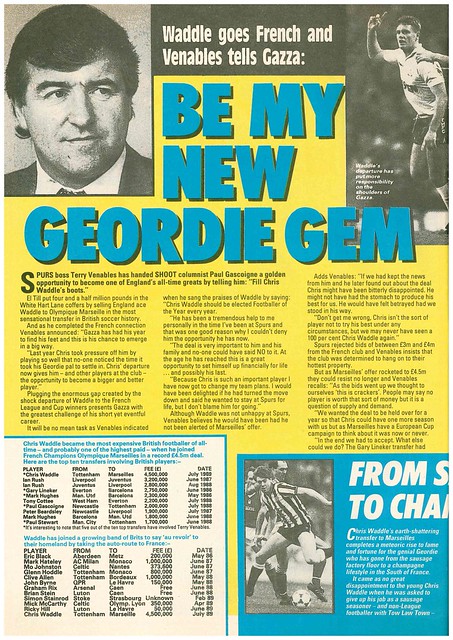 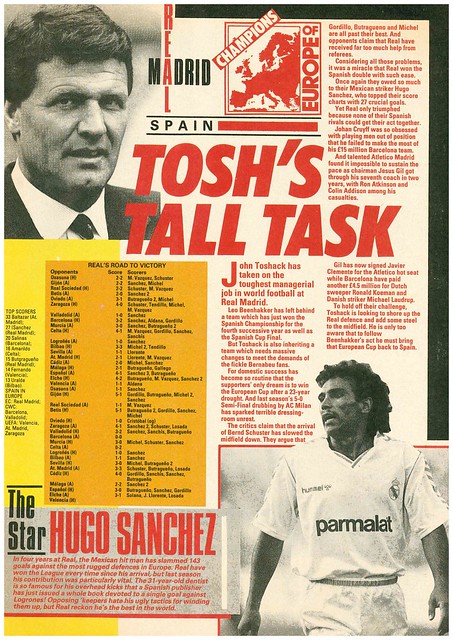 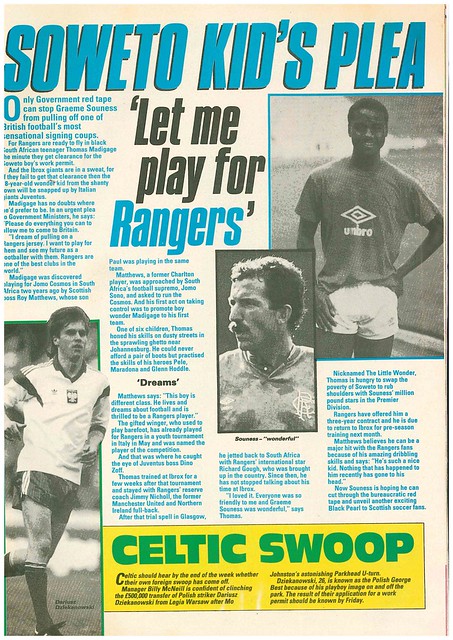 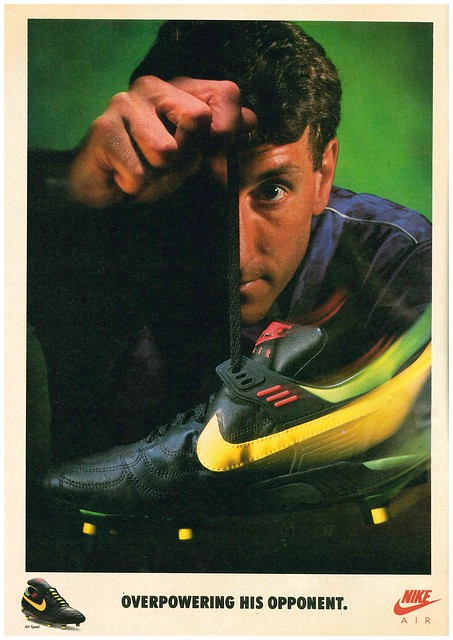 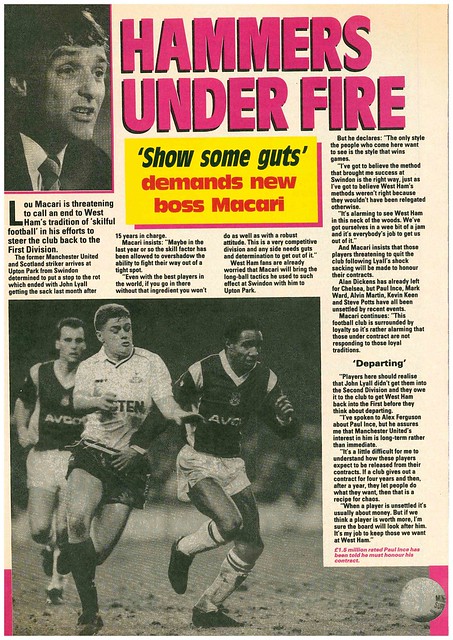 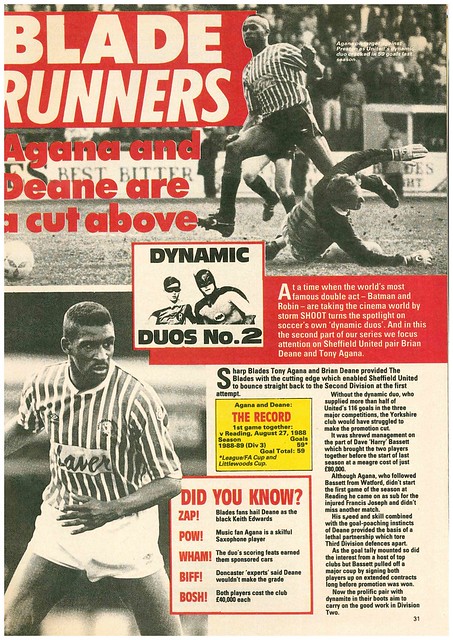 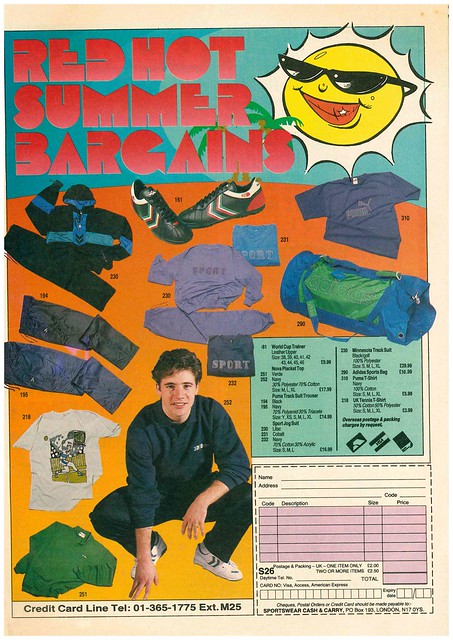