Ronaldinho is the cover star of World Soccer as 2005 begins, having just been announced as World Footballer Of The Year.

Two European champions won the other awards, Jose Mourinho won Manager Of The Year, while Greece won Team Of The Year.

To commemorate his win, Ronaldinho gets a double page profile.

In transfer rumours, Javier Mascherano is linked with a move to Deportivo La Coruna, while Vincent Kompany is wanted by AC Milan.

In America, there is a profile of Freddy Adu, tipped to be a big star in 2005.

Pavel Nedved gets a double page profile as he has what is described as “Unfinished business” as he aims to win the European Cup for the first time.

There is a four page feature on promising managers, with Bernd Schuster, Iain Dowie, Chris Coleman and Jurgen Klopp all tipped for big things.

In Holland, Barry Van Galen has made history, becoming the oldest player to make his international debut for Holland, doing so at the age of 34, while John Toshack has been appointed Wales manager for a second time.

One manager leaving an international post is Anghel Iordanescu, who has stepped down as Romania manager to stand for parliament.

Players tipped for a bright future this month include Salomon Kalou and Thomas Hitzlsperger. 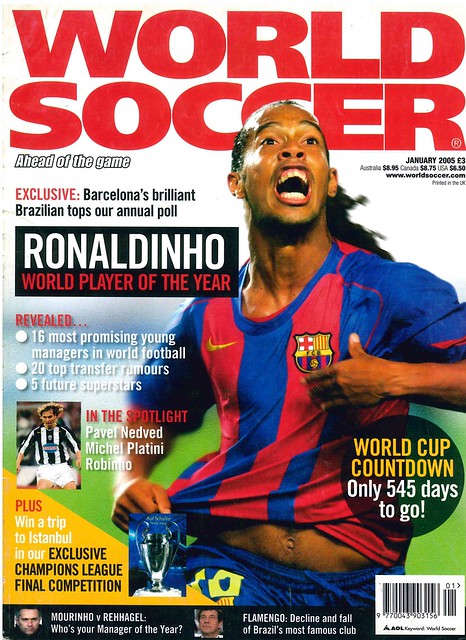 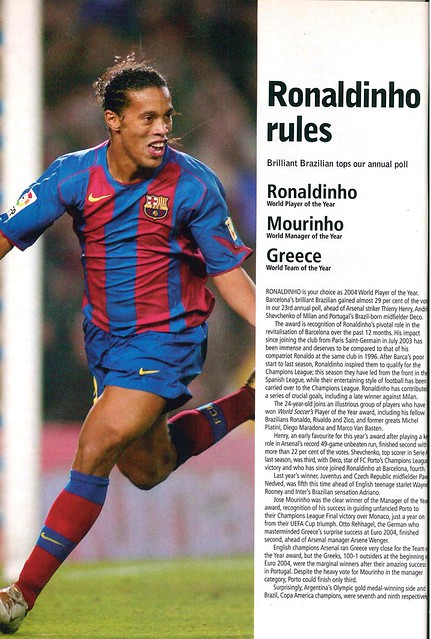 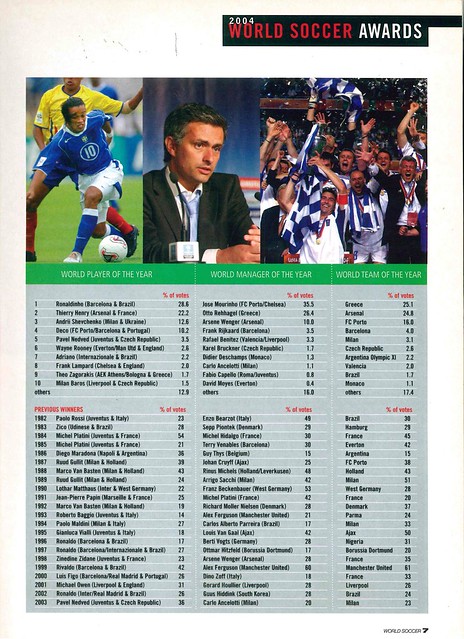 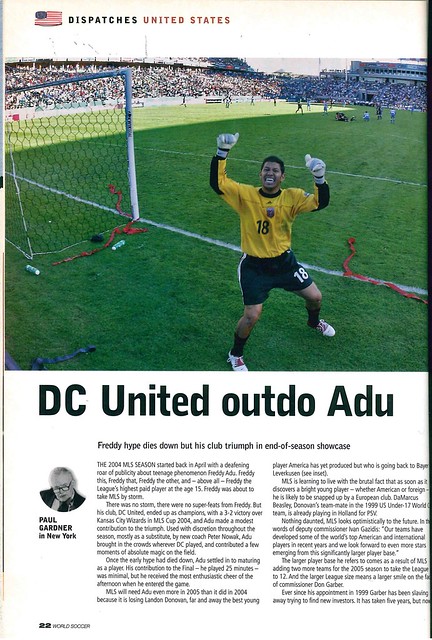 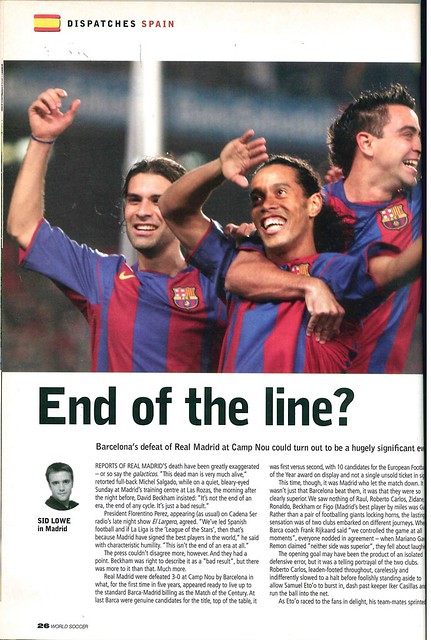 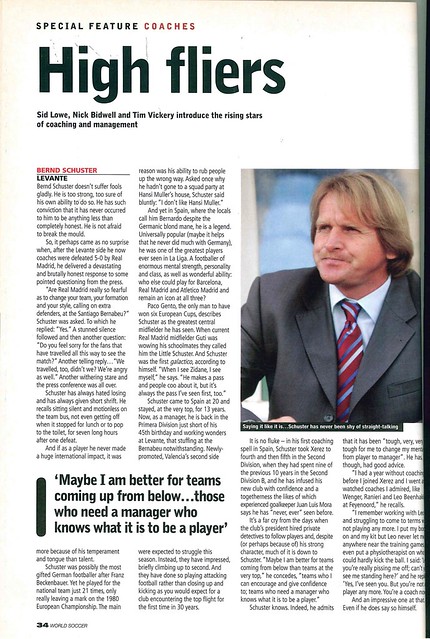 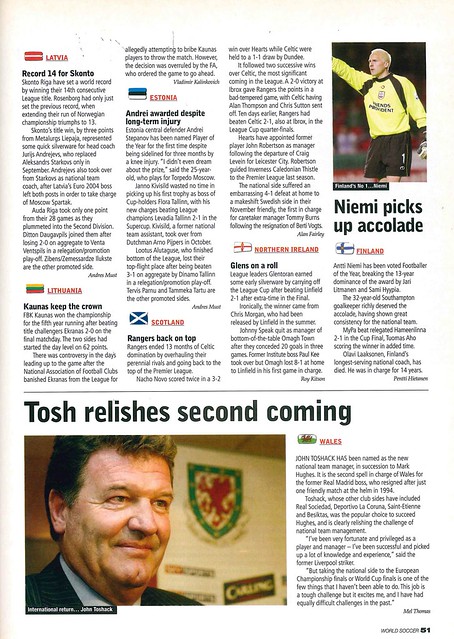 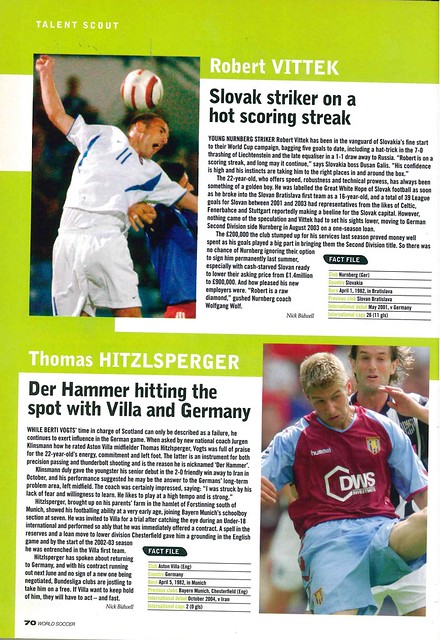