Alan Shearer is the cover of this edition of 90 Minutes as he is described as a man under pressure, having signed for Newcastle United for a World Record £15m.

As you open the magazine, there is an advert for Loaded, with Homer and Bart Simpson being the cover stars.

There is a three page feature on Alan Shearer, canvassing on how people think he will do at Newcastle, with Dec from Ant and Dec describing himself as being “Over the moon” when news of the transfer broke.

There is a double page interview with Ugo Ehiogu, who is described as a future England captain.

The article is accompanied for an Aston Villa branded mobile phone.

In other club branded products, there was a review of the official Celtic CD-Rom.

James Quinn of Blackpool is profiled alongside Earl Barrett of Everton as players to watch.

The magazine ends with Steve Clarke of Chelsea spilling the beans on his team-mates. 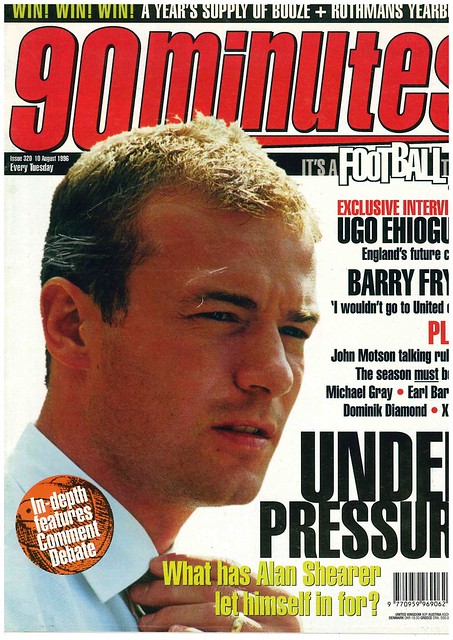 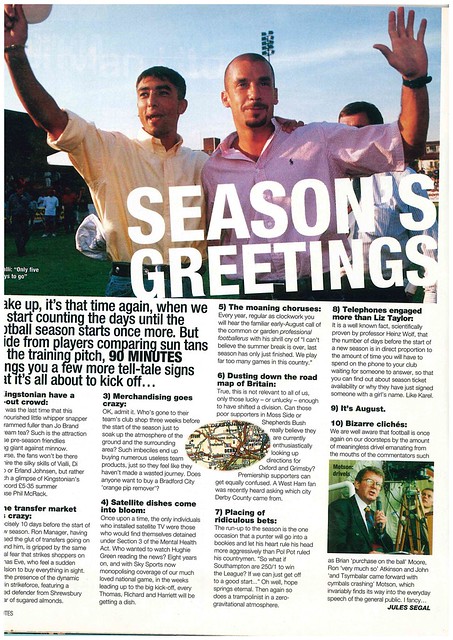 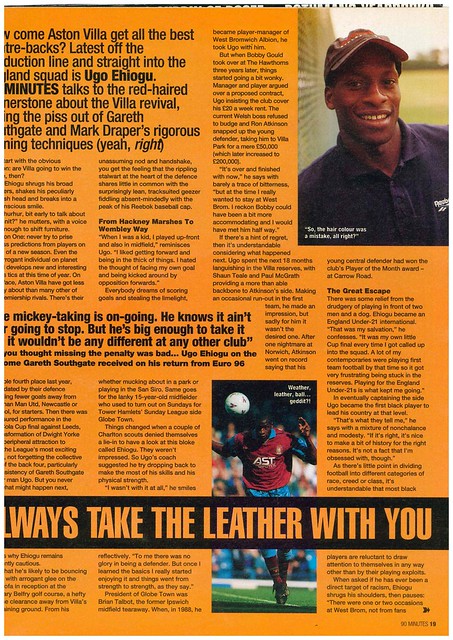 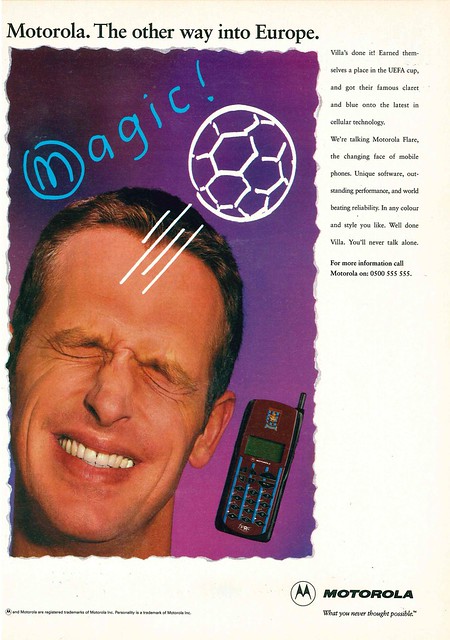 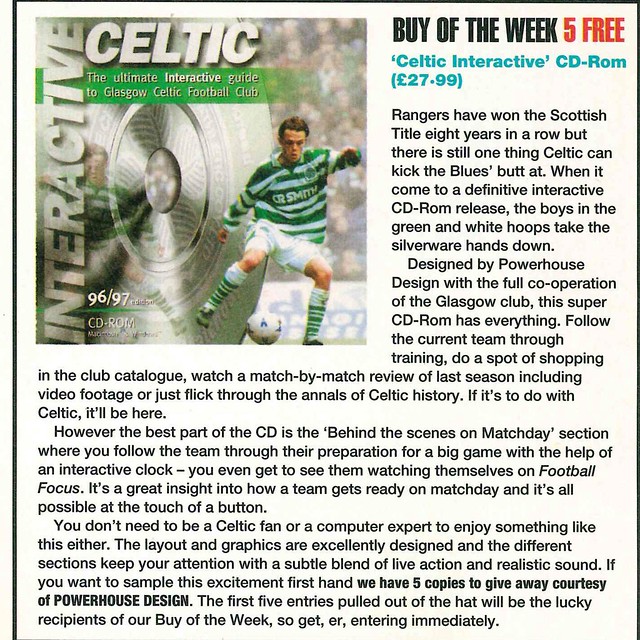 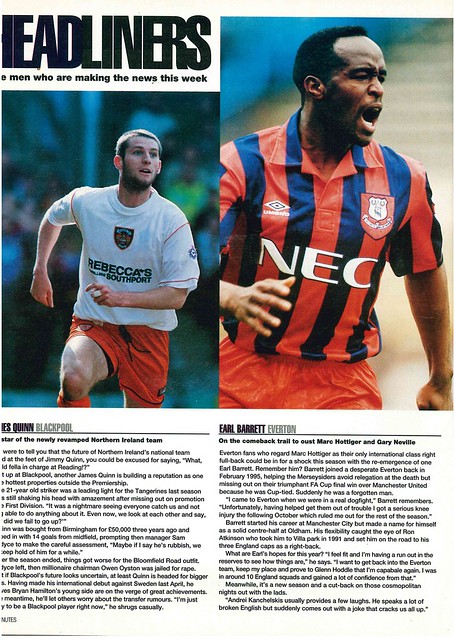 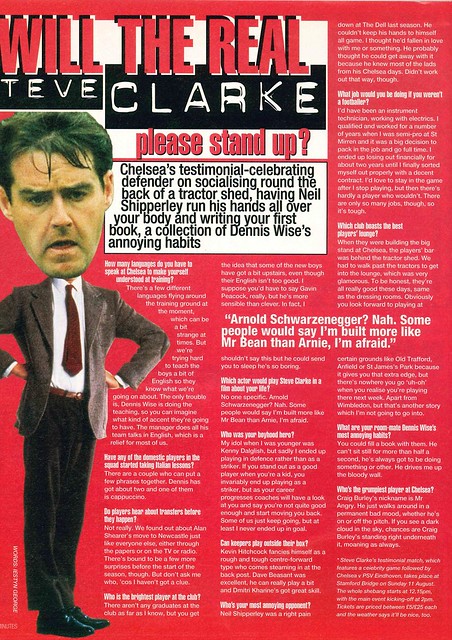 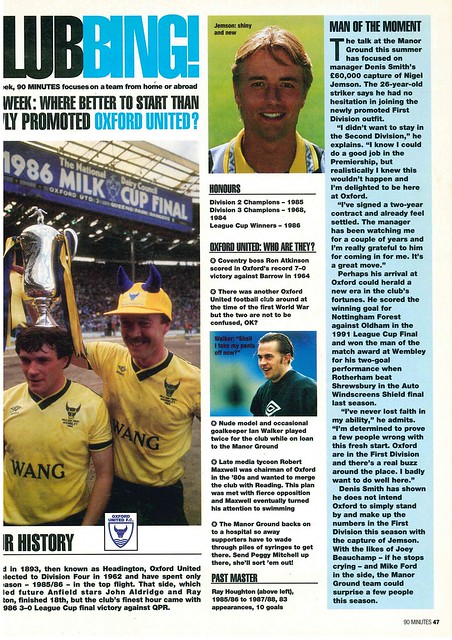