It’s the 300th edition of 90 Minutes, and it’s the League Cup Final between Leeds United and Aston Villa, but 90 Minutes cover image is of who 90 Minutes has compiled as the ultimate footballer.

In news, Mick Harford is in trouble with the FA for making rude hand gestures to Chelsea fans.

Macclesfield Town and Kidderminster Harriers have had their grounds approved to play in the Football League, should they win the Conference.

There is a three page feature, compiling the best attributes of Premier League players to create the best and worst footballer possible.

England are warming up for Euro 96 with a friendly against Bulgaria, and this game is previewed, including an interview with Bulgaria’s formerly bald but now hairy goalkeeper Bobby Mihailov.

There is a full page profile on Jan Molby, newly appointed as manager of Swansea City, playing in front of 2,000 people in the lower leagues, and the culture shock having spent most of his career at Anfield.

There is a double page feature on the League Cup Final between Leeds United and Aston Villa, focusing on the key battles that will decided the game.

90 Minutes Live is at West Ham v Middlesbrough, asking fans which footballer they would like to live next door to.

There is an advert for another football magazine, a monthly title called Goal, whose April edition has Stuart Pearce as it’s cover star.

The magazine ends with an ad for the forthcoming edition of World Soccer, which has a Euro 96 preview. 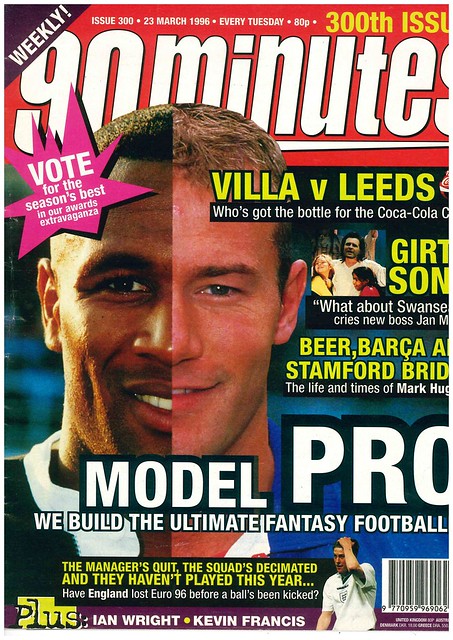 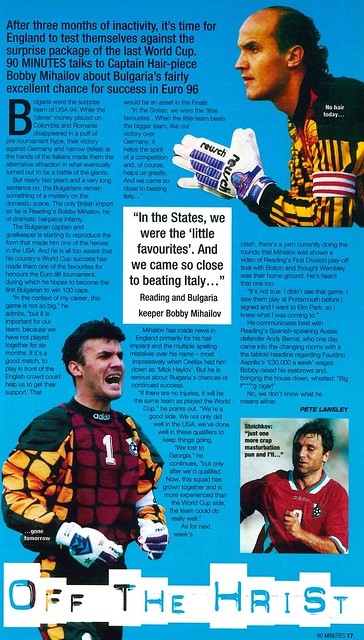 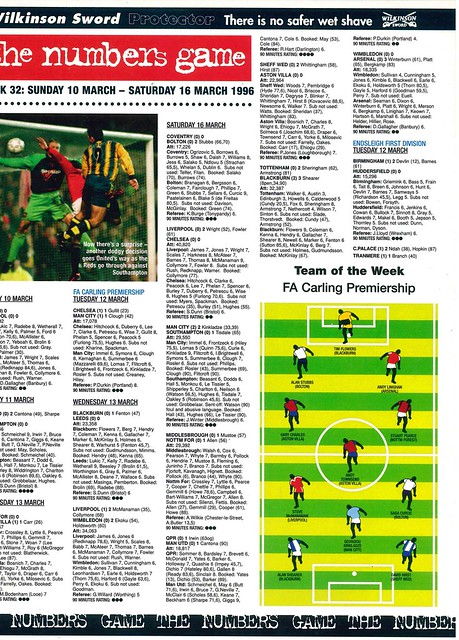 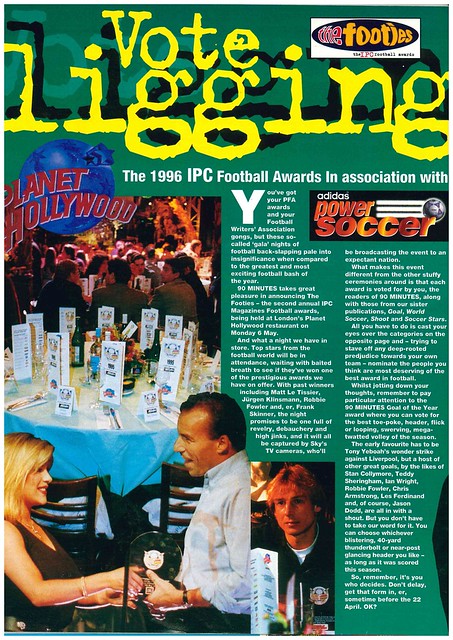 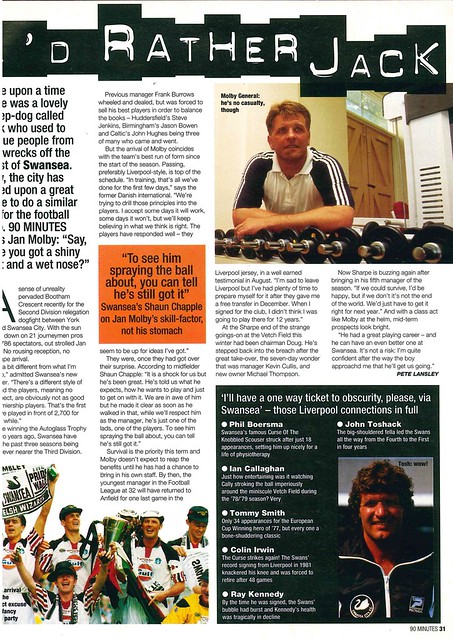 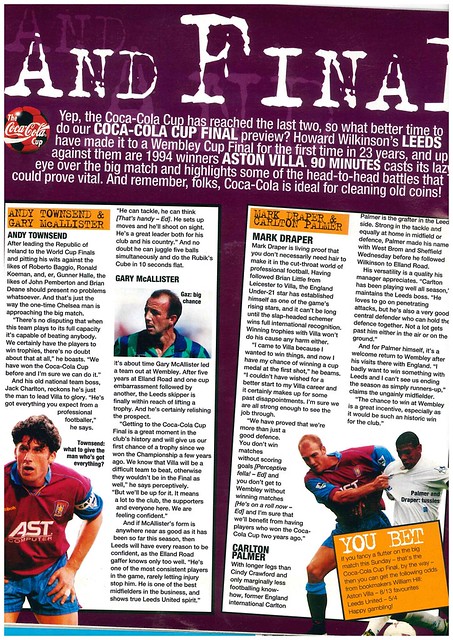 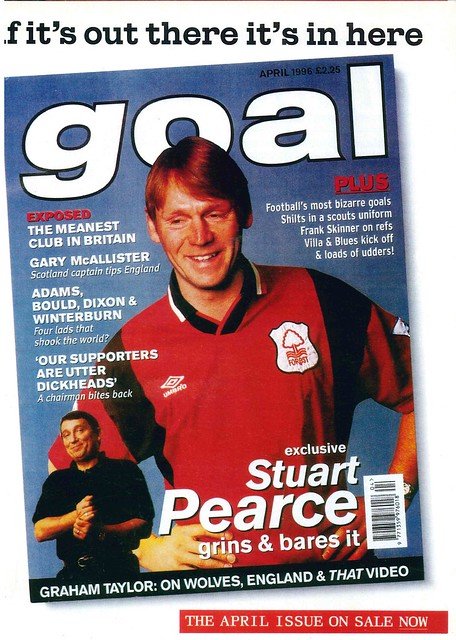