Michael Owen of Liverpool is the cover star of Football Europe as the 1998-1999 season enters it’s final weeks.

There are potentially big changes in Europe coming up, with club football now taking place from February to November across Europe, while the Spanish FA has suggested that cup winners get a place in the expanded Champions League.

In France, Bernard Lama has called for unity in PSGs squad, as the club are battling against relegation.

Benfica get a double page profile as they continue to struggle under new manager Graeme Souness.

Also getting a double page profile is Marcelo Salas, who is riding on the crest of a wave after a successful World Cup and a big money move to Lazio.

There is a feature on both Madrid clubs, title Mayhem in Madrid, as both Real and Atletico have been trigger happy firing managers.

The clubs making up what is known as G14 are profiled, as well as predictions for their future. 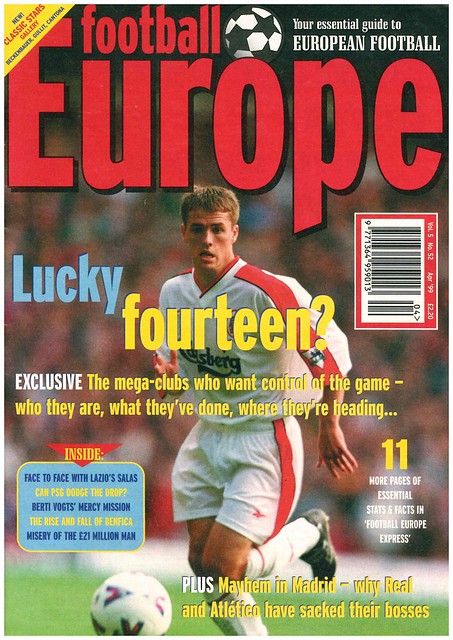 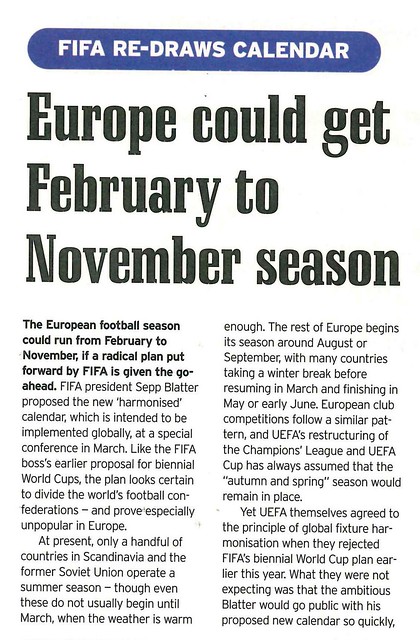 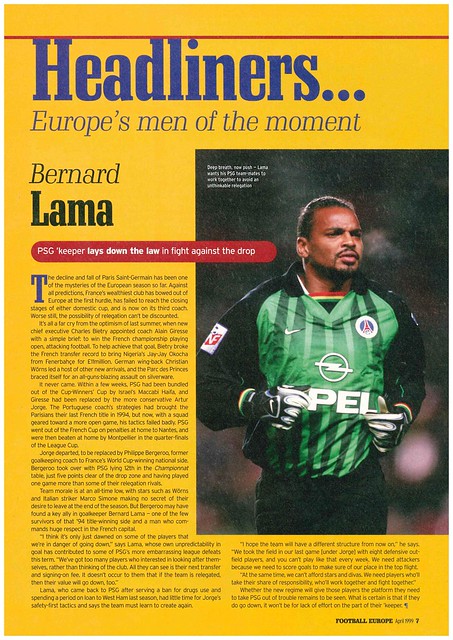 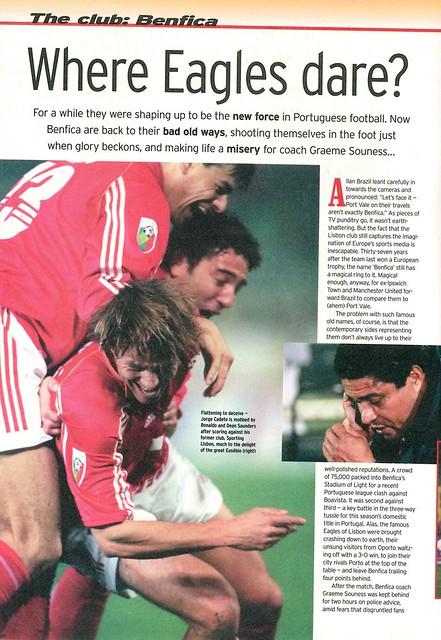 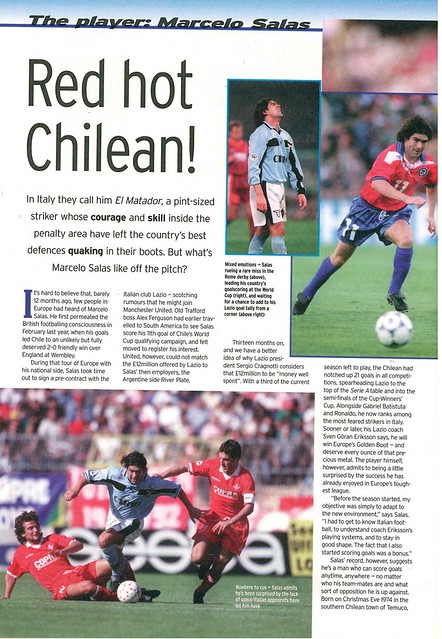 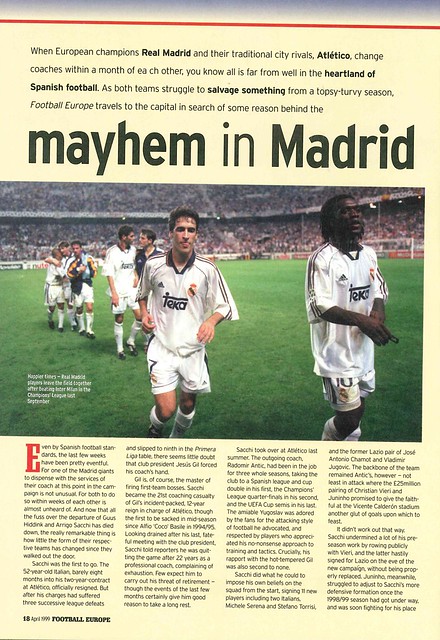 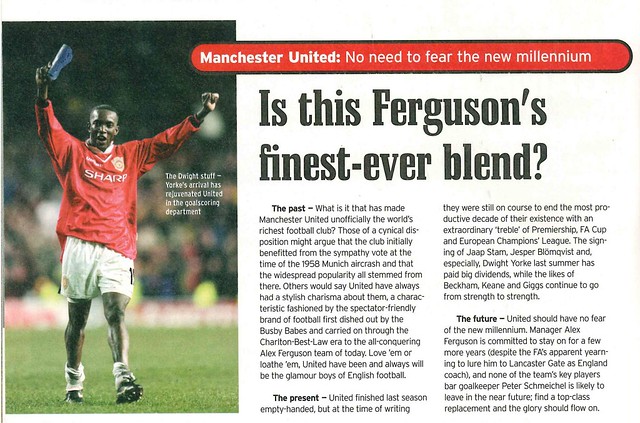 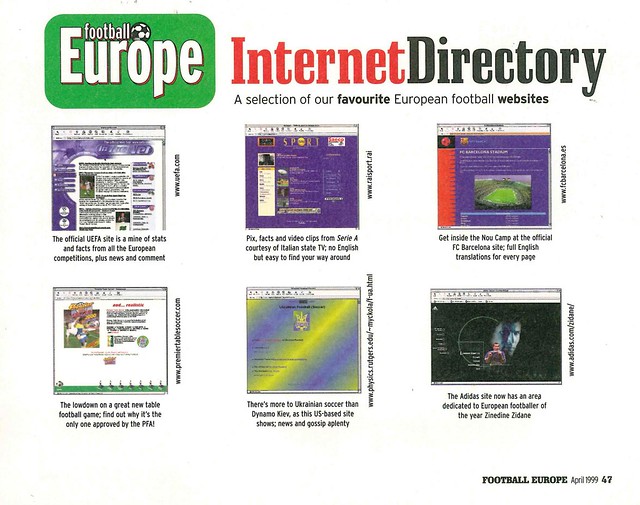