Ian Wright is the cover star of Football Europe as the final year of the 20th century is about to start.

There is a look at demanding schedules and club’s abilities to balance domestic and international commitments, prompted by the fact that Arsenal, Manchester United, Inter Milan, Barcelona, Bayern Munich and Real Madrid all lost on the weekend prior to Matchday 5 in the group stages of the European Cup.

In news, Ronaldo of Inter Milan is suffering injury problems, while Jean-Pierre Papin has announced his retirement from football, and Peter Schmeichel has announced he will be leaving Manchester United at the end of the season.

There is a profile of German football, with the national team struggling, as the country aims to bounce back to the top of European football at both club and international level.

There is a look at Qualifying for Euro 2000, with Belgium, who will co-host the tournament, and Norway both having bad form in friendly games, while Pippo Inzaghi has finally got his first goals for Italy.

After a successful World Cup, the focus is now on France’s domestic game, with the top flight getting a four page feature. 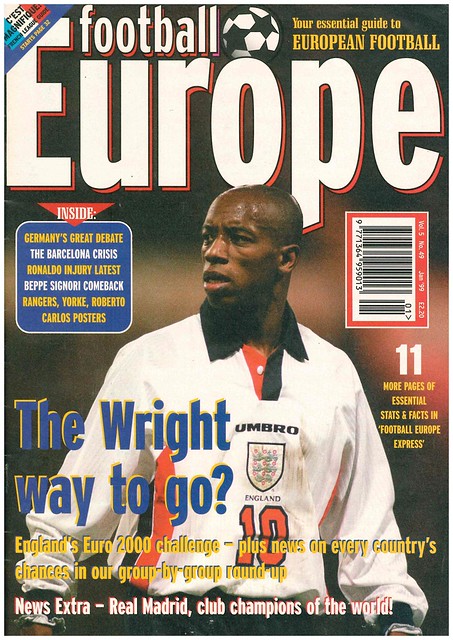 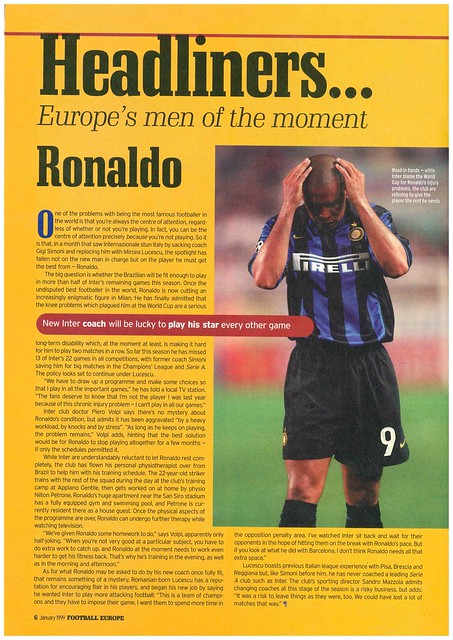 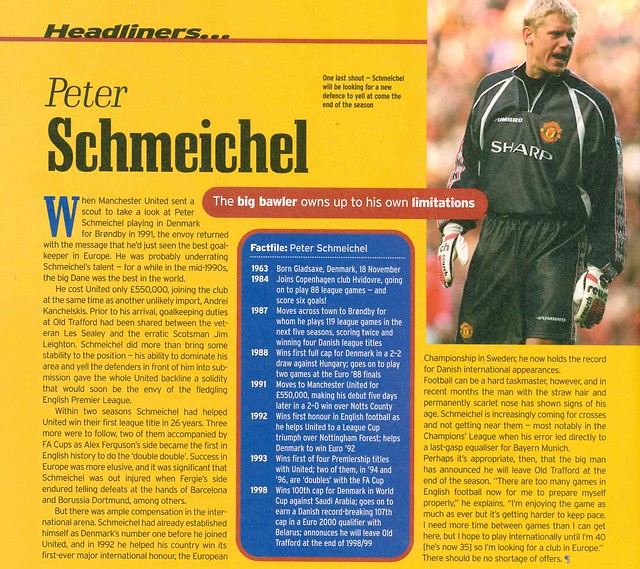 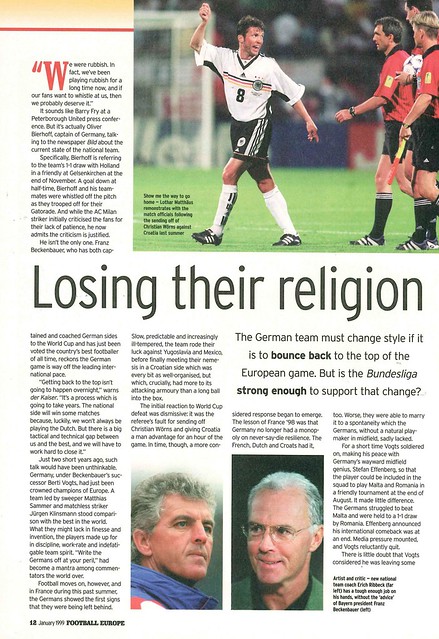 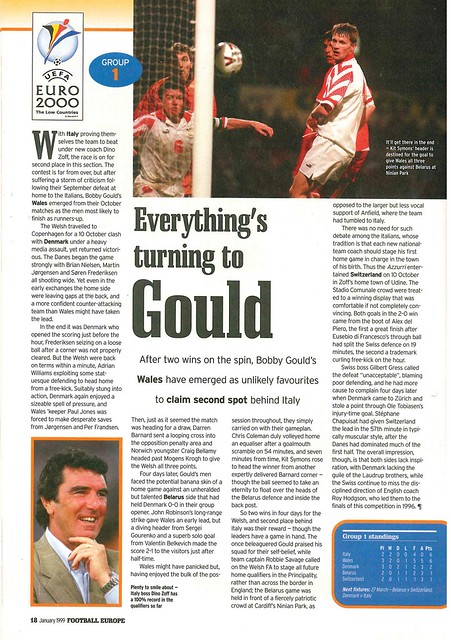 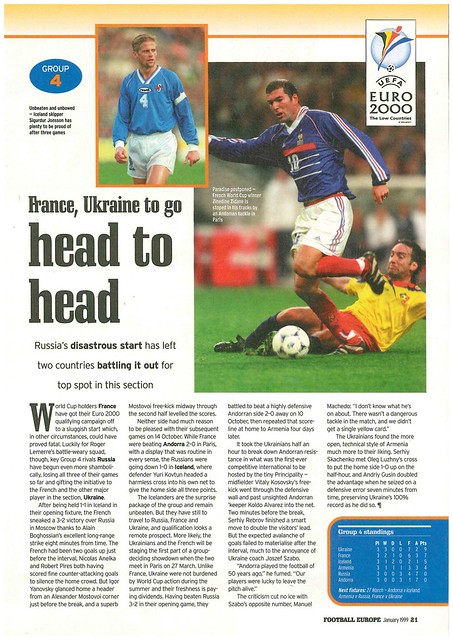 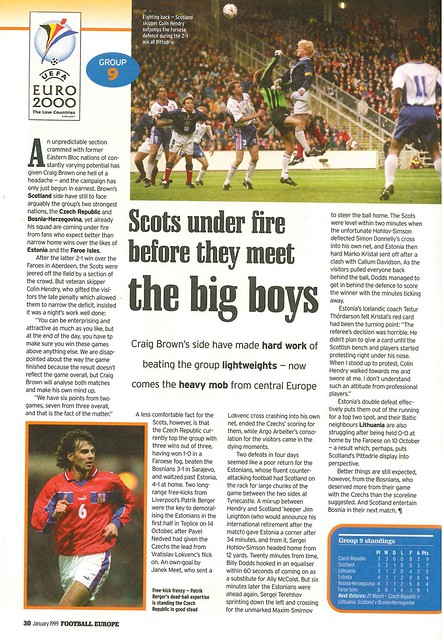