It’s the end of the 20th Century, and the last edition of the century from Manchester United’s official magazine sees Jaap Stam mocked up to look like a giant, crushing opposing strikers.

United are getting set to head to Japan to take on Palmieras in the Intercontinental Cup Final, and the Brazilian side gets a profile.

United have made a new signing this month – off the pitch, as George Best joins the magazine as a columnist and he gets introduced, as if he needed to be introduced.

Cover star Stam gets a five page profile, revealing he enjoyed making tackles as much as scoring goals.

In his column, Sir Alex Ferguson talks about new signing Mark Bosnich, describing him as “The best keeper in the country”

Which lead nicely into an advert for the next edition, which will see Bosnich’s predecessor in United’s goal, Peter Schmeichel, being interviewed.

United are through to the Second Group Stage of the European Cup, and their three opponents – Fiorentina, Valencia and Bordeaux all get profiled.

The magazine ends with a quiz between David May and Steve McClaren, with McClaren winning by a score of 7-3. 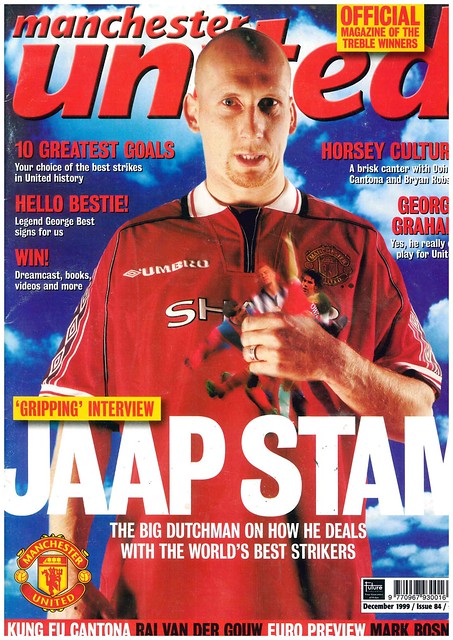 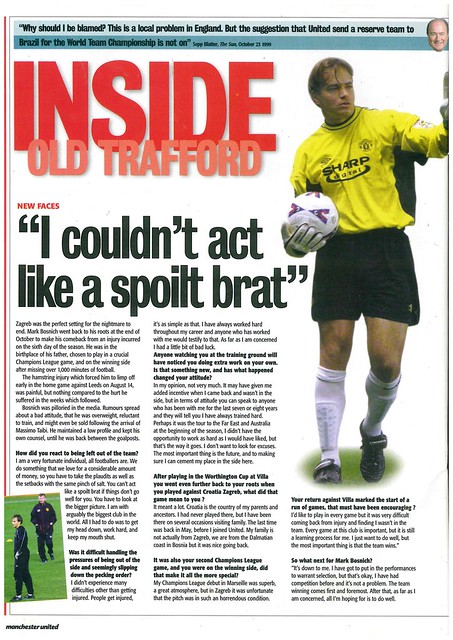 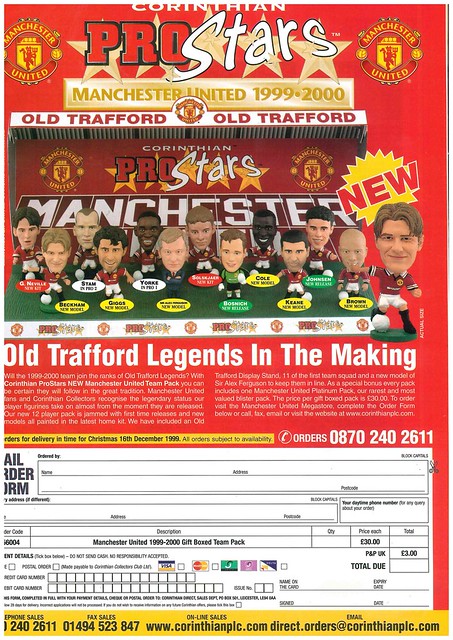 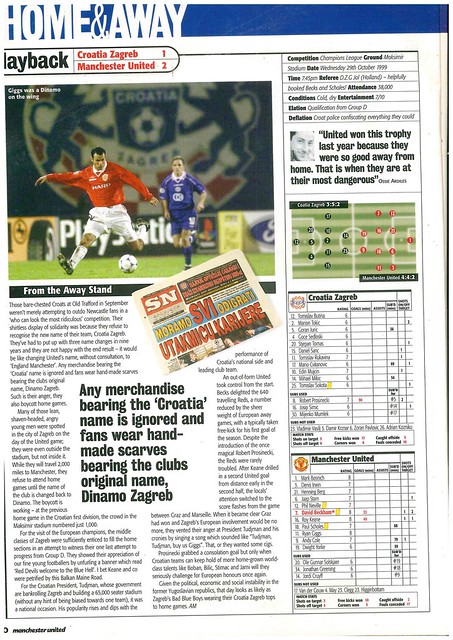 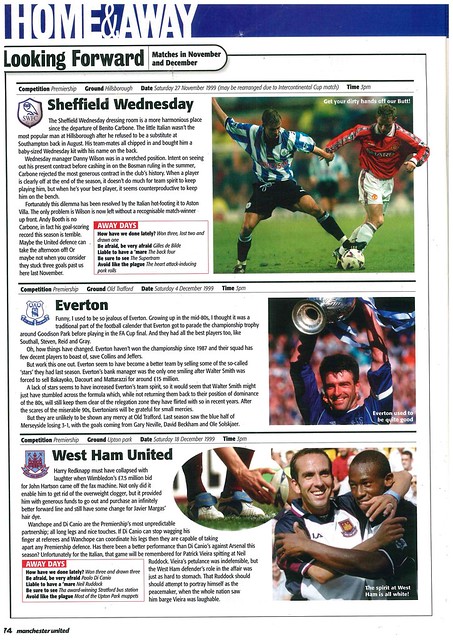