Andy Gray of Everton is the cover star of this edition of Match, which looks forward to Everton’s European Cup Winners Cup Final against Rapid Vienna.

As you open the magazine, there is a double page preview of that match, with Peter Reid saying that victory will “Put Everton on the map” as an international force.

Also getting a double page profile is Oxford United who have secured back to back promotions, and will be a top flight club for the first time in 1985-1986.

Match goes behind the scenes at Match Of The Day, with a double page report from their reporter Dave “The Mighty Atom” Smith.

Fact fans can rejoice in the fact that you can read about 20 Things You Didn’t Know About Kerry Dixon, with the Chelsea player’s favourite singers being Al Green and Lionel Richie.

In foreign news, Italy manager Enzo Bearzot predicts that Juventus will beat Liverpool in the European Cup Winners Cup Final at the end of the month.

The magazine ends with a sneak peek at the FA Cup Final, looking at the peak times of goals scored by Everton and Manchester United this season. 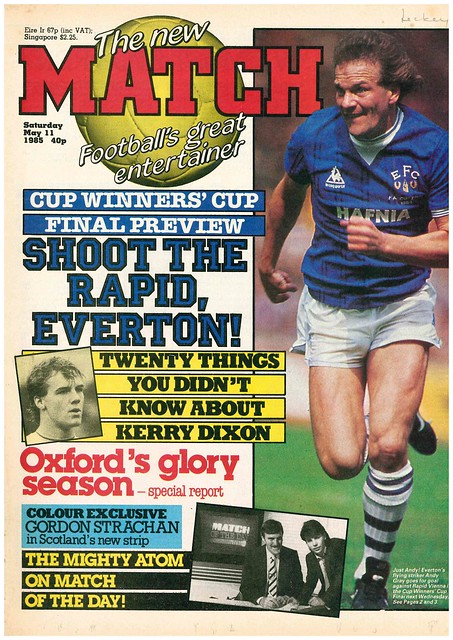 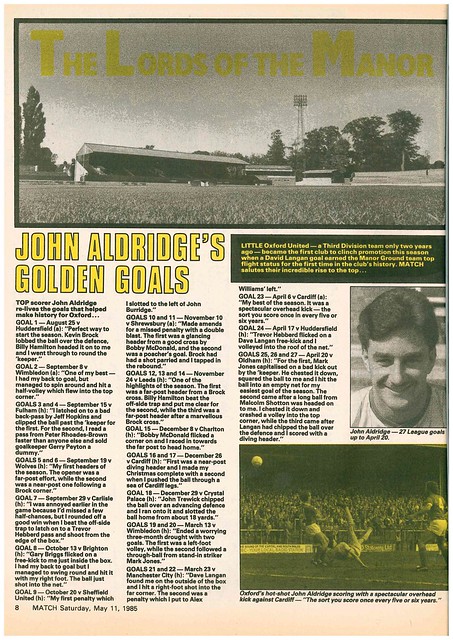 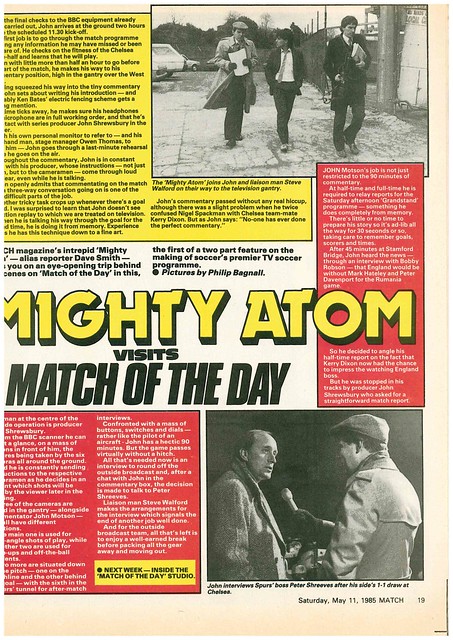 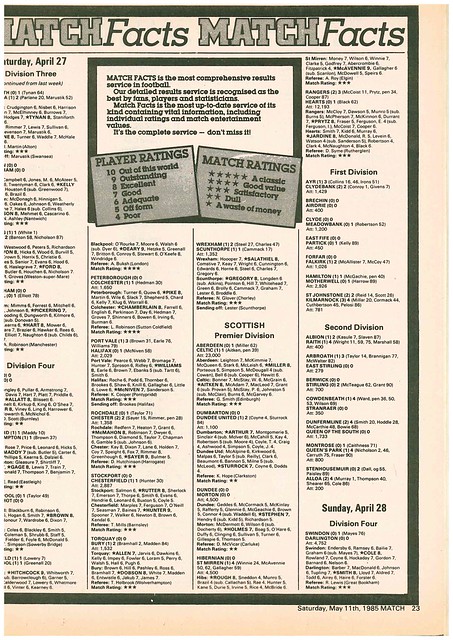 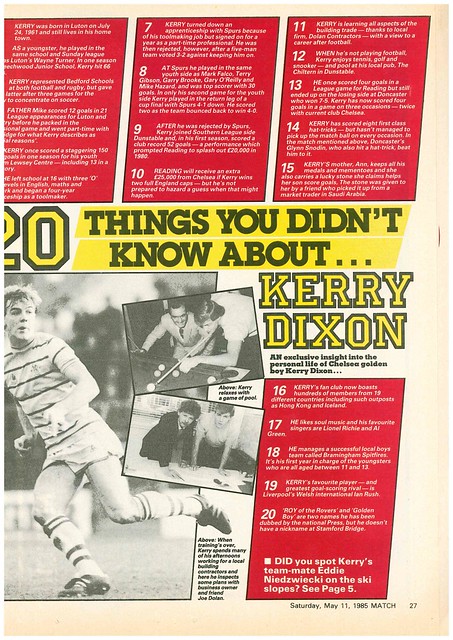 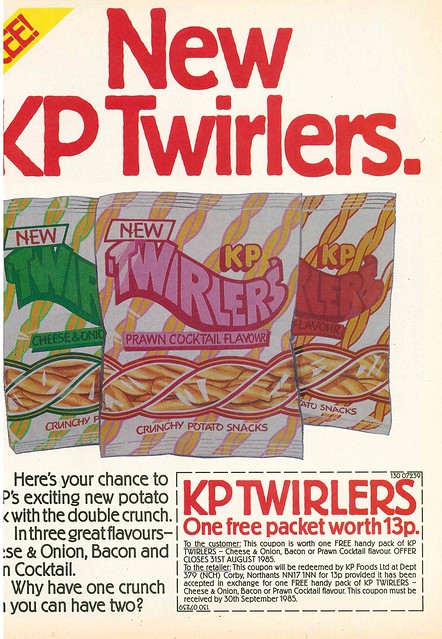