It’s the first month of the 21st Century, and it is Paul Scholes who is the cover star of Manchester United’s official magazine.

In news, Wes Brown gets interviewed about his recovery from injury, a rare bad moment for him in 1999, a year that saw him win the treble and make his England debut.

Steve McClaren has a column, and uses it to reveal that United are scouting for players in South America, having been impressed by Palmeiras players when they faced United recently.

George Best has a column, revealing he’s not a fan of the World Club Cup and is already putting names forward to replace Sir Alex Ferguson ahead of his proposed retirement in 2002 in the shape of Martin O’Neill or Bryan Robson.

Cover star Scholes gets a five page interview but there are no photos, so the magazine improvises and takes a cardboard cut-out on a tour of Manchester.

There are four pages covering United’s recent visit to Japan for the Toyota Cup Final against Palmeiras, and the experiences that United players had in Asia.

Andy Cole is interviewed as he prepares to release of his autobiography.

This was the first season of the World Club Cup which would eventually replace the Toyota Cup, and this tournament, which United are taking part in, gets previewed.

United have an arrangement with Royal Antwerp to loan players, and there is a feature with Kirk Hilton and George Clegg during their loan spell in Belgium.

There is a review of United’s matches in November 1999, a month saw them pick up League points, win the Toyota Cup but make a losing start to the Second Group Stage in the European Cup.

There is also a look forward to forthcoming matches, as well as a look at the programming MUTV has to offer in January 2000. 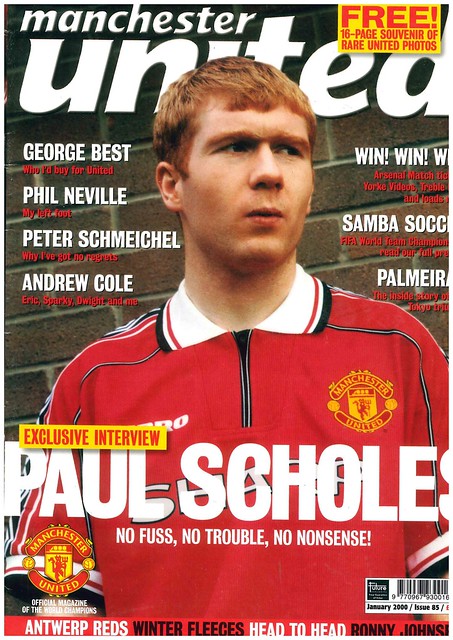 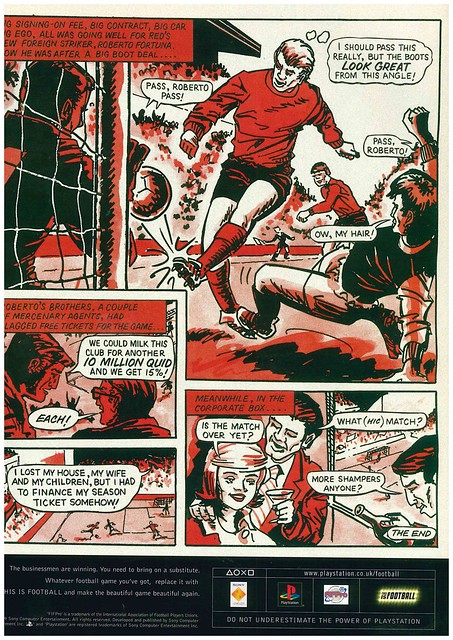 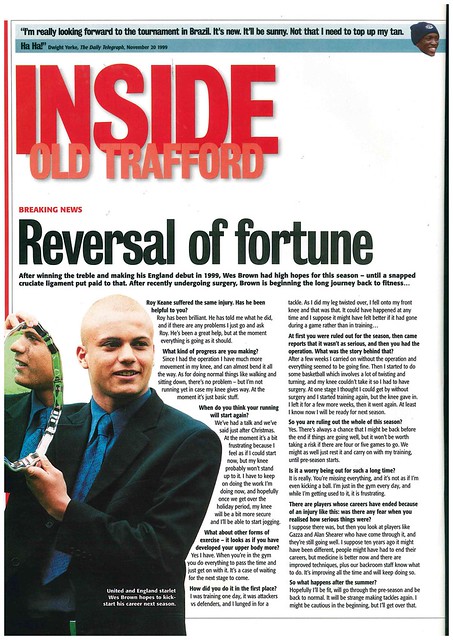 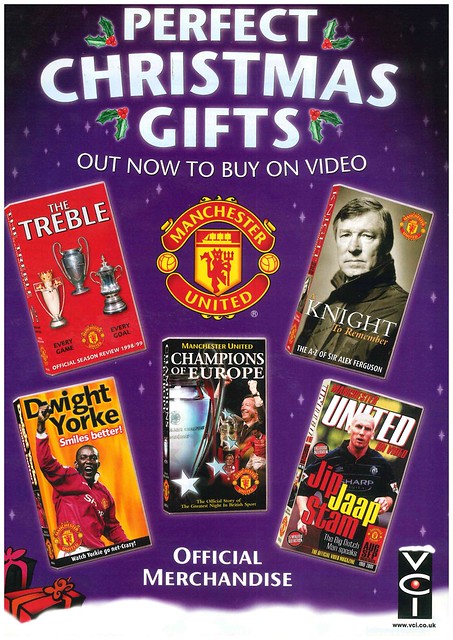 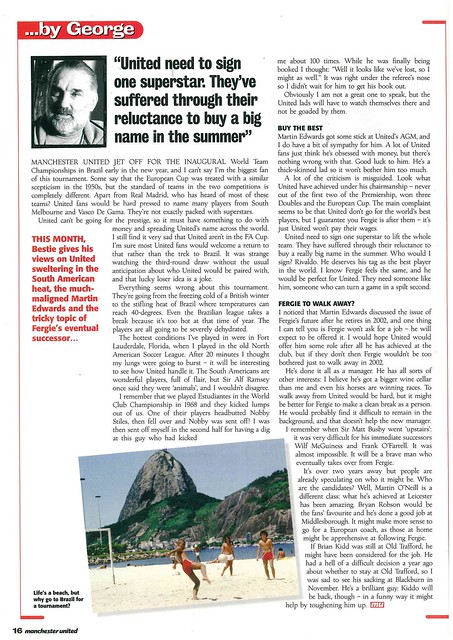 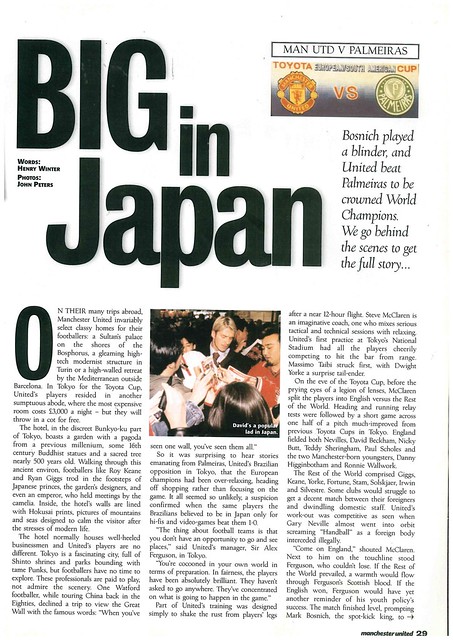 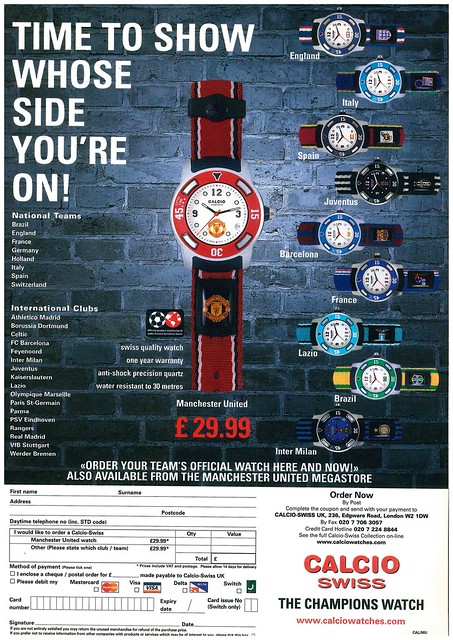 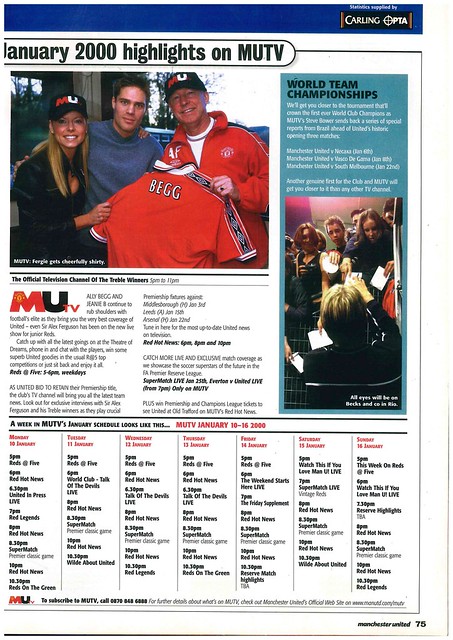 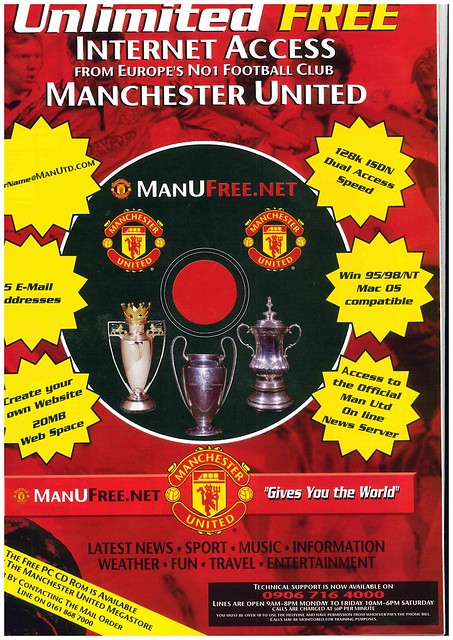