Michael Laudrup is the cover star of World Soccer as he faces a busy year, a World Cup in Mexico, but before that, a European Cup tie for Juventus against Barcelona.

AC Milan are in debt and out of Europe, but Silvio Berlusconi has made an offer to buy the club.

As you open the magazine, there is a feature on the fortunes of European and South American sides in 1985, with Soviet Union (82% win rate) and Uruguay (64% win rate) being the best of each continent.

There is a full page feature on Derry City, based in Northern Ireland but playing their first season in Republic Of Ireland’s League Of Ireland.

The article is written by Michael Nesbitt, a football commentator for the BBC. who you may recognise as future UUP leader Mike Nesbitt.

Beside that, there is a full page article about South Korea qualifying for the World Cup in Mexico, becoming the first Asian country to qualify for two World Cups..

There is a double page spread on Juventus star Michael Laudrup, which also mentions his younger brother Brian.

Their dad was also a football, and reveals that his love of all things English was why he gave his two sons English sounding names.

Diego Maradona is struggling with injury, but it is too late for surgery, so he will play through the pain barrier in Mexico.

In England, it looked like Manchester United were going to win the league by a convincing margin, but their lead has now been reduced to five points.

In the Soviet Union, Neftchi Baku avoided relegation via a play-off.

The magazine ends with a poster of Frank McAvennie. 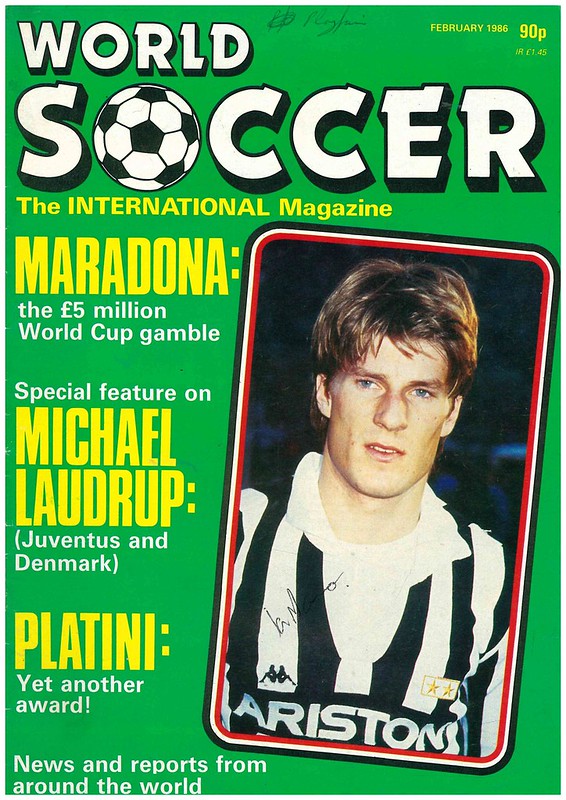 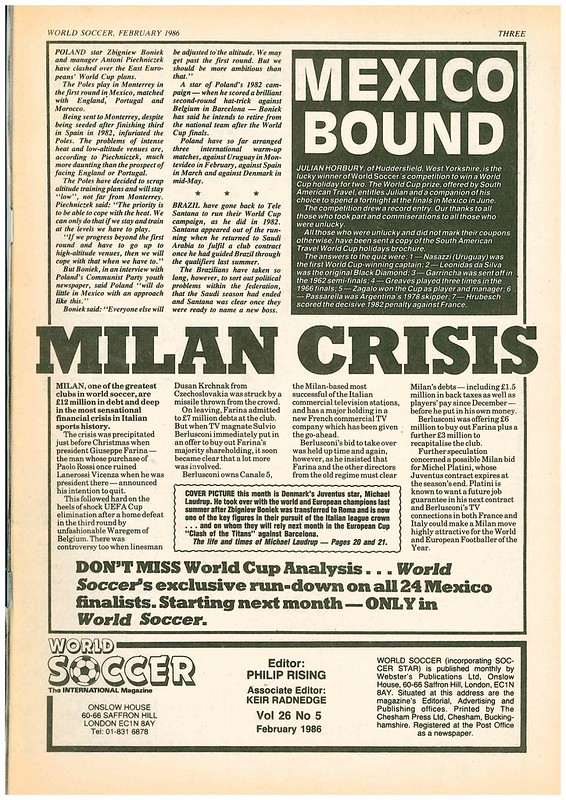 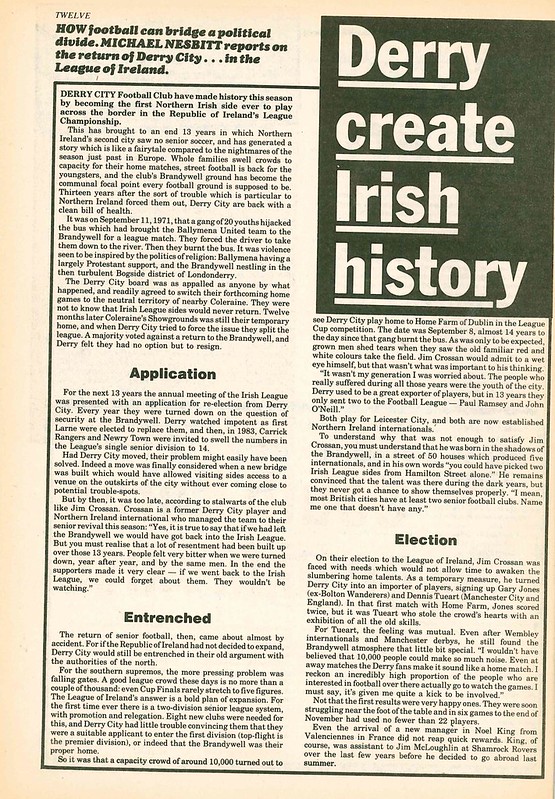 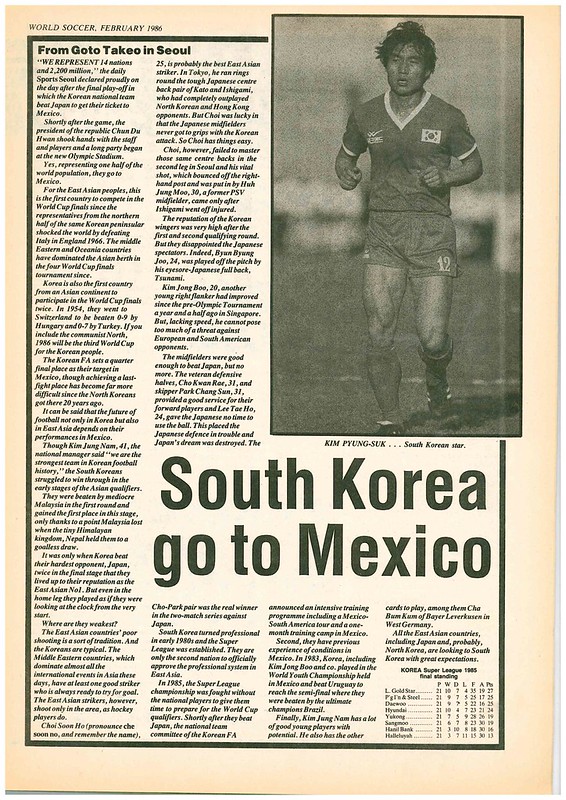 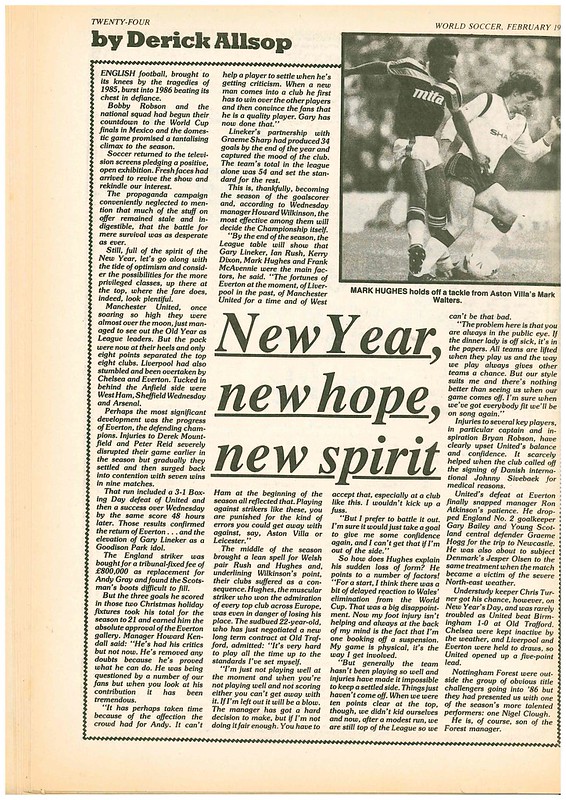 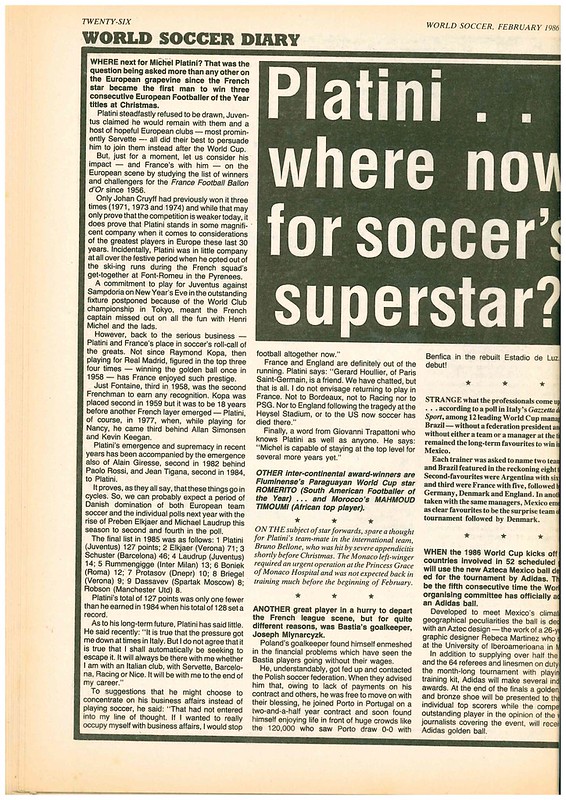 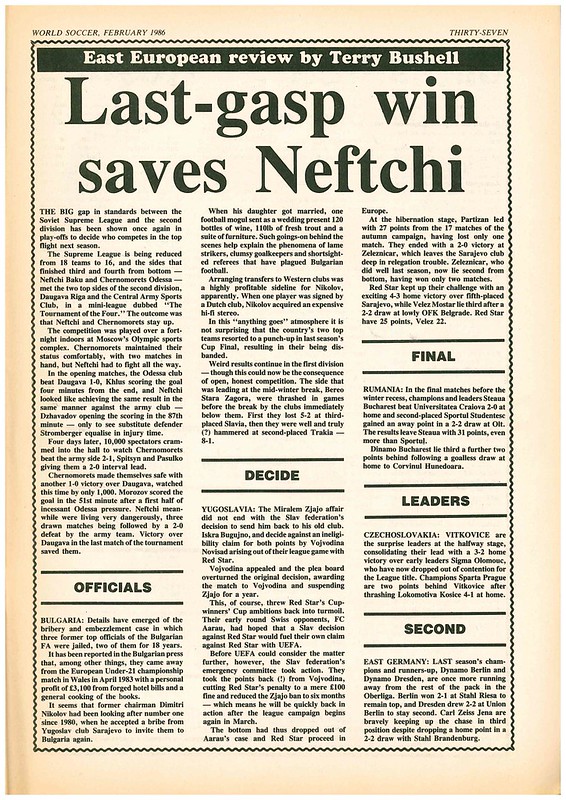 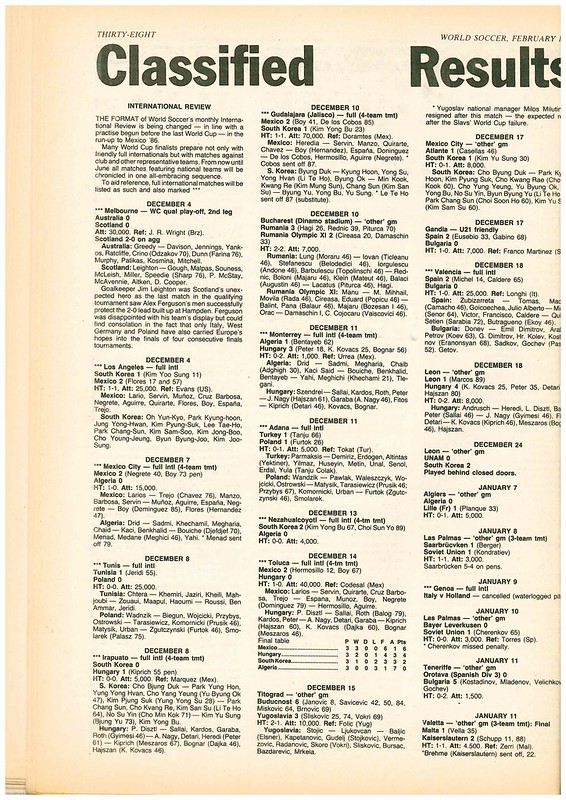