UEFA Cup holders Real Madrid are the cover image of this edition of World Soccer, after turning around a 5-1 first leg defect against Borussia Moenchengladbach to go through on away goals.

All three European competitions are at the Quarter-Final stage, with the pairing of Barcelona and Juventus in the European Cup denying people what World Soccer described as the “dream final”

There is a stat filled preview of all 12 games, with a full page profile of Finnish shock European Cup Quarter Finalists Kuusysi Lathi.

There is a double page profile of the African Nations Cup, with World Soccer observing that Morocco and Algeria could be distracted by the summer’s World Cup in Mexico.

Ahead of the World Cup, there are double page previews of Spain, Denmark, Northern Ireland, France, Belgium and Soviet Union.

In Italy, there is another scandal in the boardroom, this tine at Vicenza.

In Poland, Dariusz Dziekanowski is hailed as the new star of Polish football, while in Spain, Javier Clemente has just been sacked bu Athletic Bilbao. 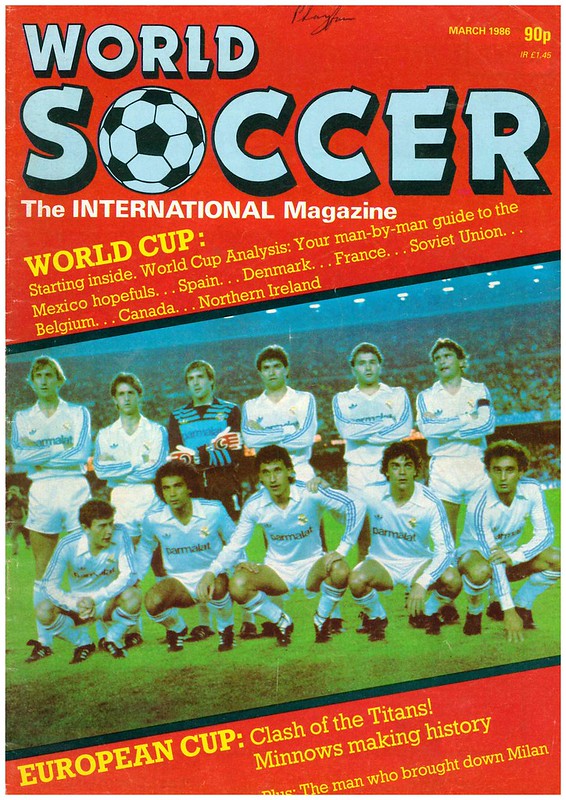 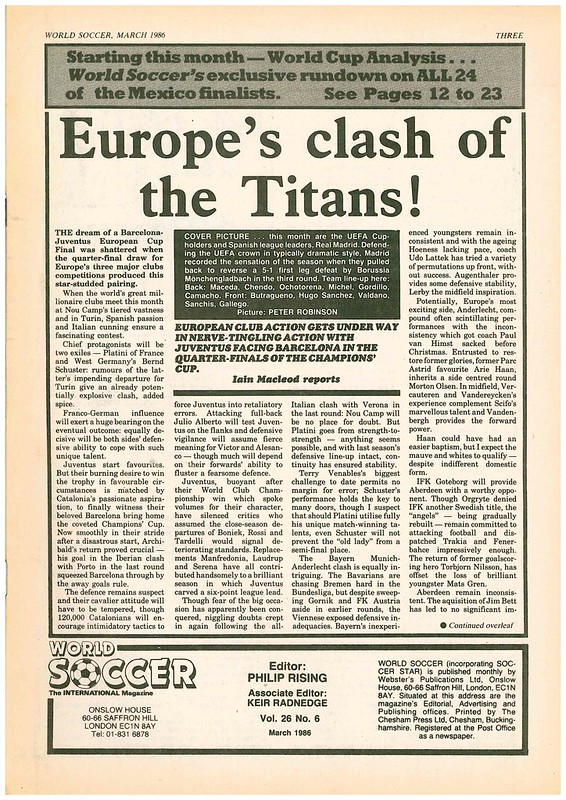 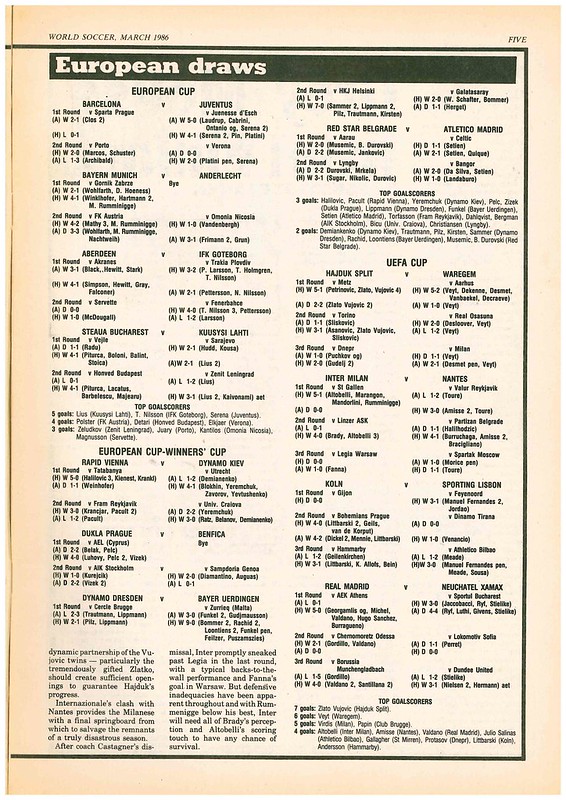 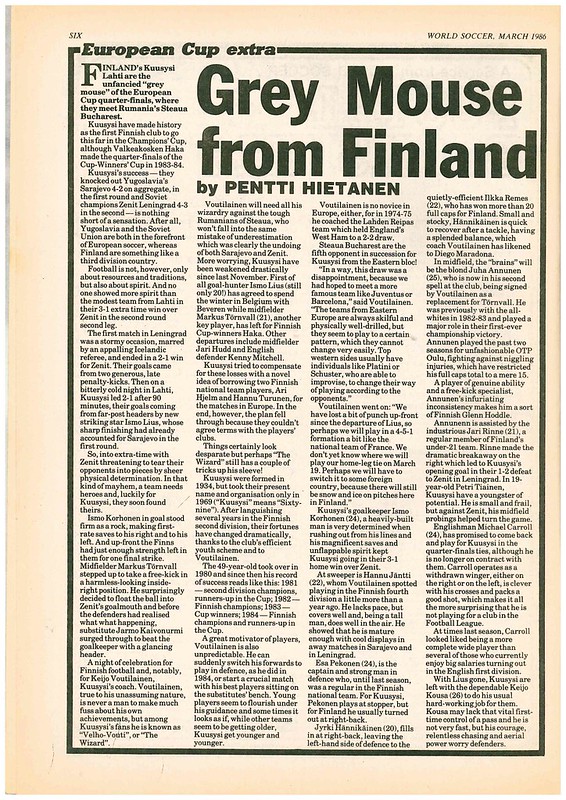 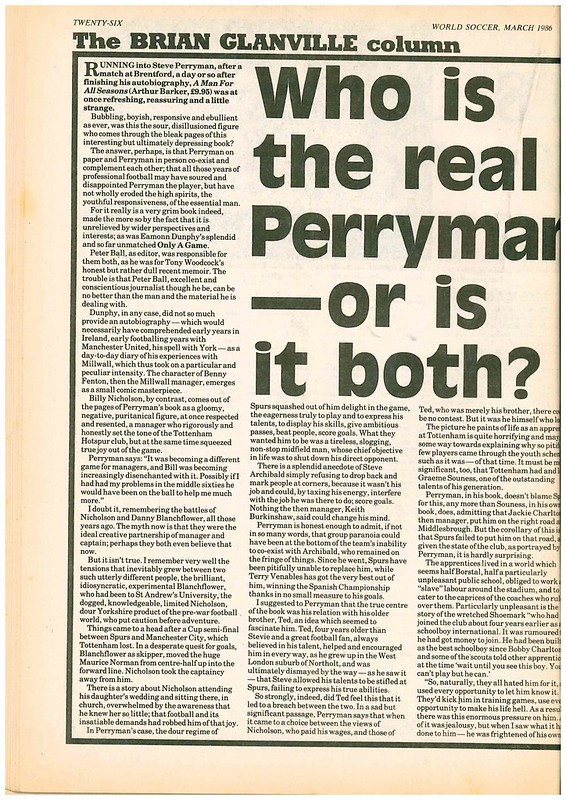 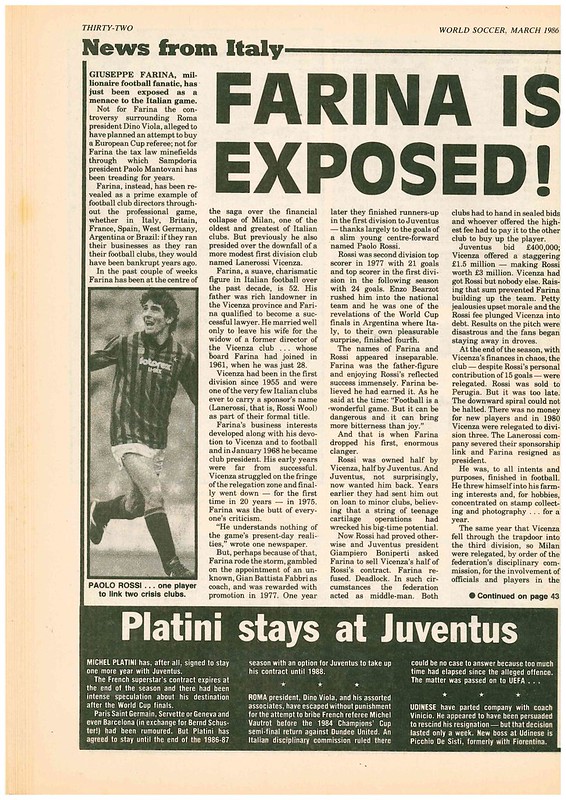 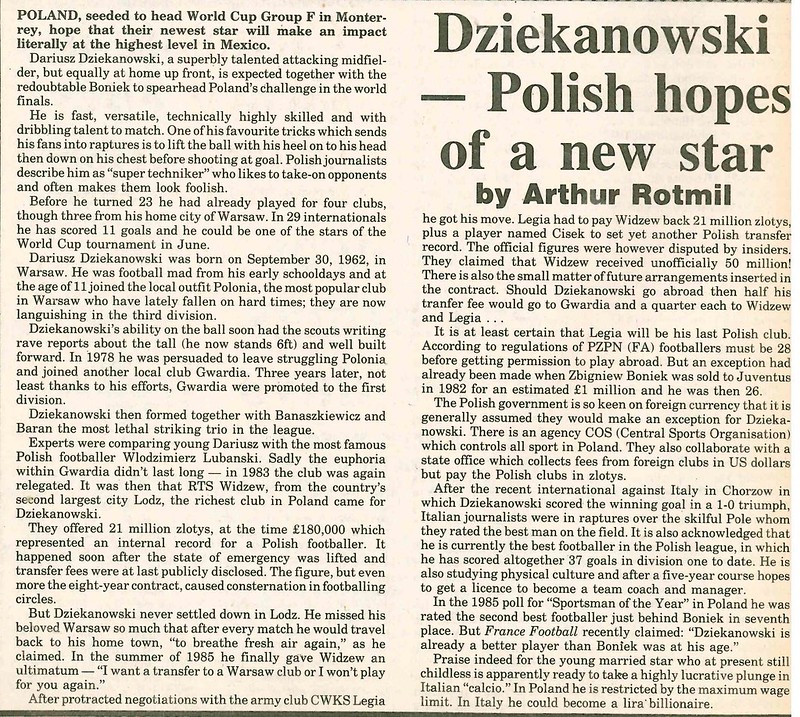 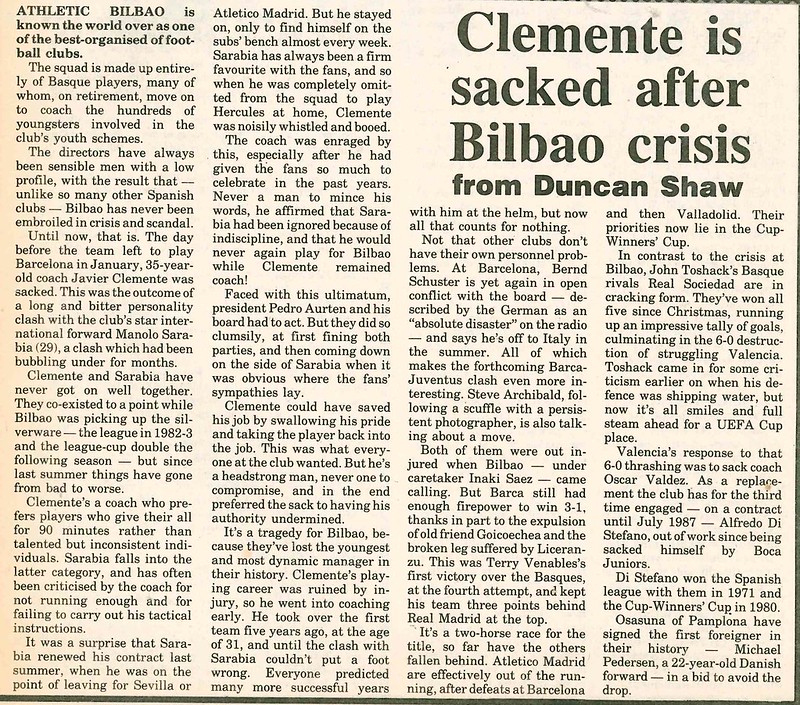 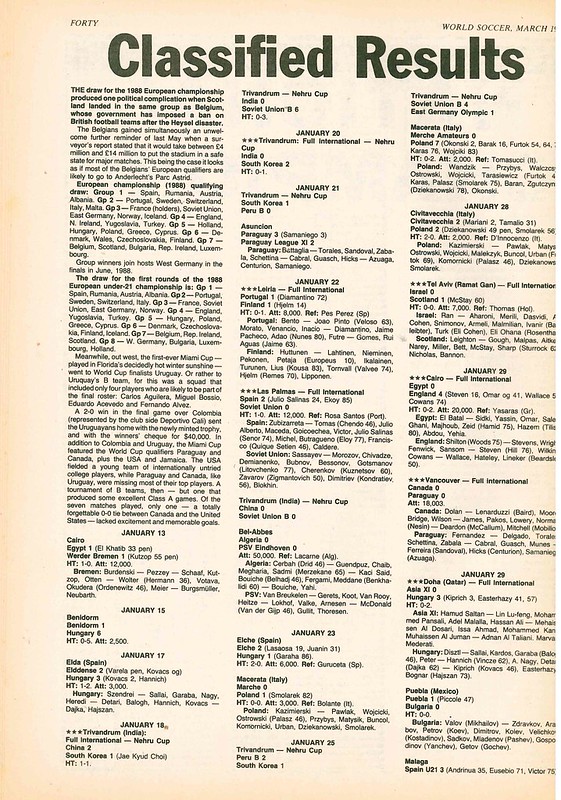